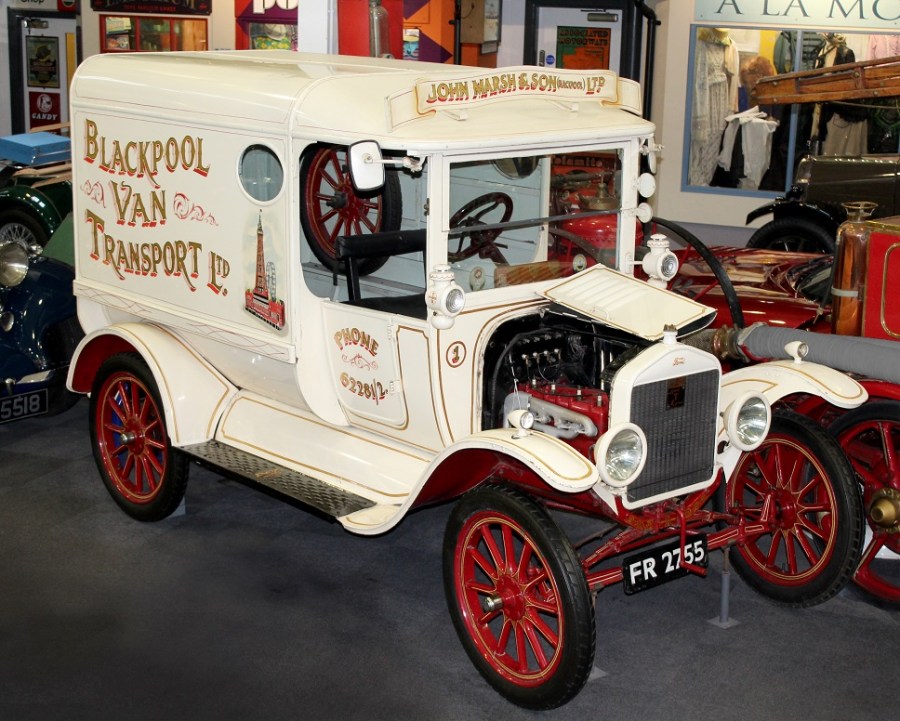 This year marks a dual anniversary for one of the Lakeland Car Museum’s most iconic display vehicles. Not only has its pristine Ford Model T been a major part of the collection for since the doors first opened 40 years ago, this November also sees the 110th birthday of the famous ‘Tin Lizzie’ itself.

Launched in 1908 and in production for just under 20 years, the Ford Model T was named the most influential car of the 20th century in the 1999 Car of the Century competition, beating off competition from the BMC Mini, Citroën DS, and Volkswagen Type 1. A total of 16.5 million Model Ts were sold, and it was the first car to achieve one million, five million, ten million and 15 million units sold. It’s estimated that by 1914, nine out of every ten cars on the road around the world were Fords.

The vehicle on display at the Lakeland Motor Museum is a later example from the 1920s, on loan from owner Jeremy Howarth from Blackpool, where the vehicle was regularly seen on the streets. It’s the only car to have been a permanent fixture in the museum’s impressive line-up of classic vehicles since it opened at its initial site on the Holker estate in April 1978, remaining with the collection when it was moved to a purpose-built site in Backbarrow in 2010.

The museum is the home of a unique collection of 30,000 exhibits, including well over 150 classic cars and motorbikes. The Classic Car Buyer team recently enjoyed a visit to the venue as part of a road trip in the area – read all about it in next week’s issue. For more details about the museum, visit www.lakelandmotormuseum.co.uk.