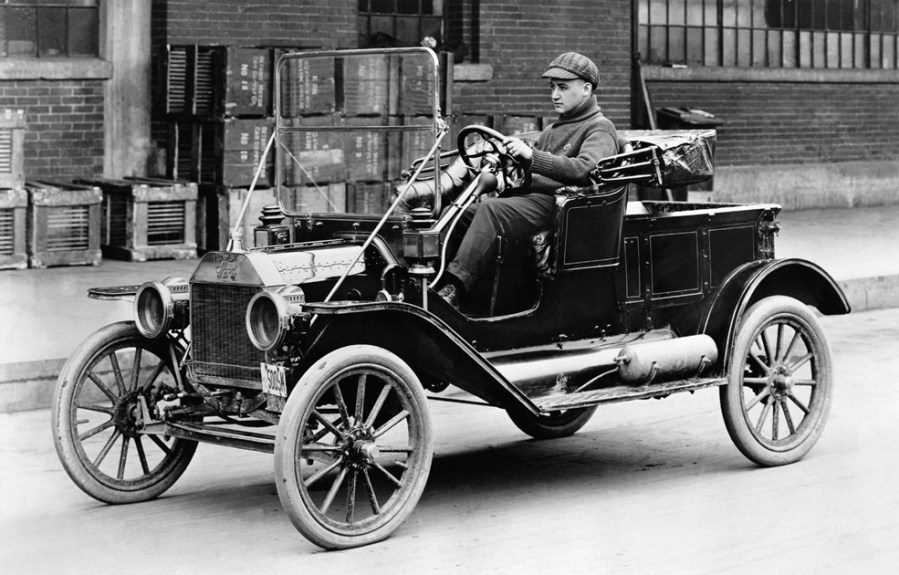 The Ford Motor Company, have to their credit arguably the most significant car in the whole history of motoring. Nigel Stennet-Cox looks back at Ford’s Model T.

After two unsuccessful attempts to enter motor vehicle production, Henry Ford finally put his two-cylinder Model A into production in June 1903. The car was of very similar design and appearance to the one he and Henry Leland had designed some months earlier, and which went into production as the first Cadillac. The Ford was a horizontally opposed twin, the Cadillac a single-cylinder.

Ford’s offering was an instant success; he had by his own admission seen the popularity of Ransom Eli Olds’ “Curved Dash” cheap single cylinder runabout, and decided that the “popular” end of the market with a small and manageable car was the way to go. He had, however, got shareholders, with the main ones being Alexander Malcolmson, a wealthy Detroit coal merchant, and James Couzens who was also Ford’s accountant.

Some of these latter individuals wanted Ford to build upon its success by branching upmarket where “the money” was known to be. A business and production genius just like Bill Gates a hundred years later, Ford saw the bigger picture in infinitely more success to be had by producing a really good product to sell to the millions whose lives it would revolutionise. The untapped market was then huge and the key lay in new production techniques, scale economies arising from unprecedented volumes, and passing on cost reductions achieved by these techniques back to the customer in progressively dropping the price of the car. Each time that was done, car ownership was opened up to a few million more ordinary folk. If the profit on each car was small it hardly mattered when Ford came to be producing up to 10,000 Model Ts PER DAY worldwide in the early twenties. Forget that which Volkswagen may tell you about the Beetle production figures, they were all exceeded by Ford except for the absolute total, but it took VW longer to exceed Ford’s Model T figure.

To return to the early 1900s, the big-car advocates on the Board had backed the production of a six-cylinder car of 6.6 litres with a price for the regular touring model of $2,800. Production of this Model K started in 1906. Ford had by this time standardised certain design features across its range. The successful, N, R, and S four cylinder models all used planetary, or epicyclic transmissions with constant-mesh gears and with the drums and bands exposed. Here the mechanism required constant lubrication to be added, most of which was flung off all over the place, and with the gears attracting dust and grit.

The Model K followed suit, along with a light and whippy chassis frame housing an extremely long engine with separate cylinders and a seven main bearing crankshaft. The aluminium crankcase was rigidly attached to the chassis at four points. 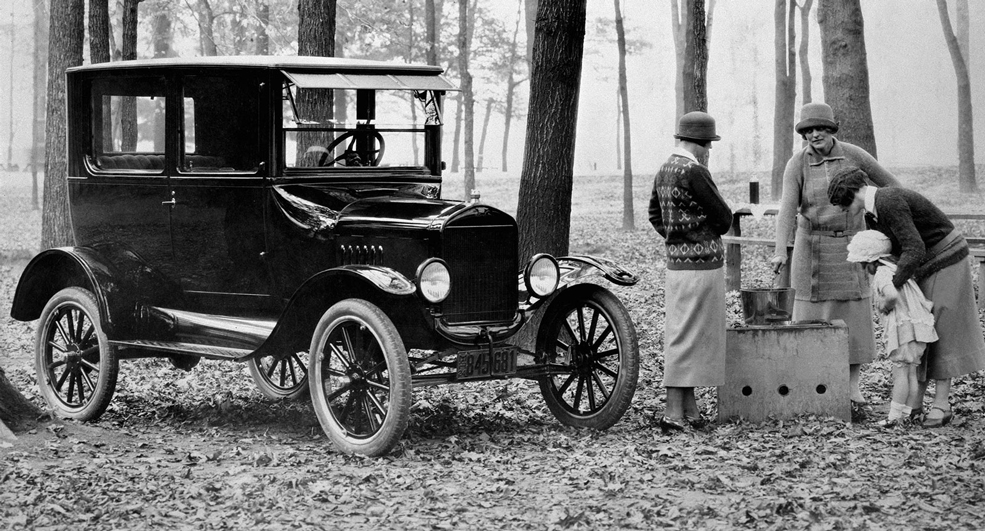 Driving or even just parking the car on uneven ground is documented to have tried to twist the crankcase in response to chassis flex. Even just jacking up one rear wheel was said to make the engine difficult or impossible to crank over, and even modest off-roading could break off engine mounting lugs. Also, little was then known anywhere in the world of an inline sixes’ proneness to crankshaft torsional vibrations, from which the K suffered a-plenty. There it was in good company, Rolls-Royce’s six cylinder 30hp of 1905 and contemporary Napiers were similarly prone.

Your scribe is fascinated by this Ford Model K behemoth and would love to ride in, or even just crawl over one; some do survive in America, Australia and Europe, but meanwhile, the reader may be assured that it was anything but a commercial or engineering success.

The time became ripe for Henry Ford to have his way. The Models N,R, and S, plus the Model K, were still in production when Model T design started. Like the smaller earlier Fords, lightness, a whippy chassis, planetary transmission and a four cylinder side valve engine were all used. Just about everything else was thought out from scratch to address earlier known problems. Very unusually for the time, literally all of the mechanism except the fan drive and valves of the Model T were enclosed. The latter became enclosed within a couple of years. The one-piece cast iron cylinder block was cast integral with the upper part of the crankcase and the cylinder head detachable. This latter is thought by the author to be a worldwide first in a production car?

Three-point mounting for the unit of the engine and gearbox, plus transverse springs only mounted to the chassis at their upper centres, made the car fit to cope with any type and any amount of rough and muddy ground. The farmer’s son and essentially down to earth practical man knew exactly what would cope with America’s then appalling rural roads, and keep on doing so. Lightness, simplicity, torquey power, good traction off-road and strength were all essential and built-in. So was ease of gear changing and total immunity to gear “grating” because everything was in constant mesh. Vanadium steel, then new to American industry, was used irrespective of cost for all key components such as axles and steering gear. The front axle and steering gear on a Model T looked so spindly that it would break at the first hurdle. It didn’t, the steel was tough beyond belief.

The “irrespective of cost” reference above typified Henry’s approach. When he thought he needed to, he used the best. If it was too expensive, he’d from a team and department to look at the production from first principles, and start making it himself. Henry Ford invented the 21st century management dictum of never putting “experts” in charge, he knew that they would know too much about that which “couldn’t” be done.

The nineteen year production phenomenon of the Model T itself next time. 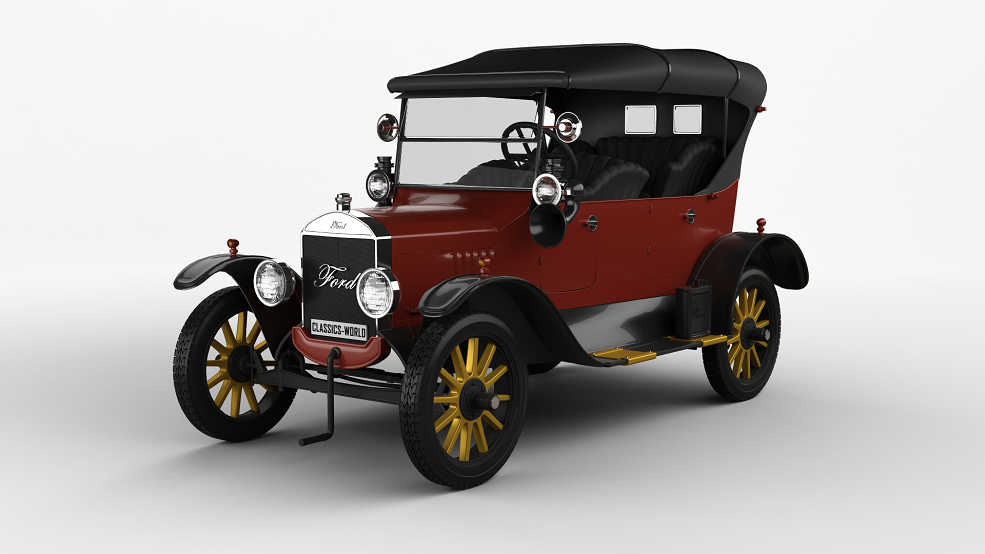 Fancy getting a 3D model of the Ford Model T? Visit Hum3D for information on buying one.