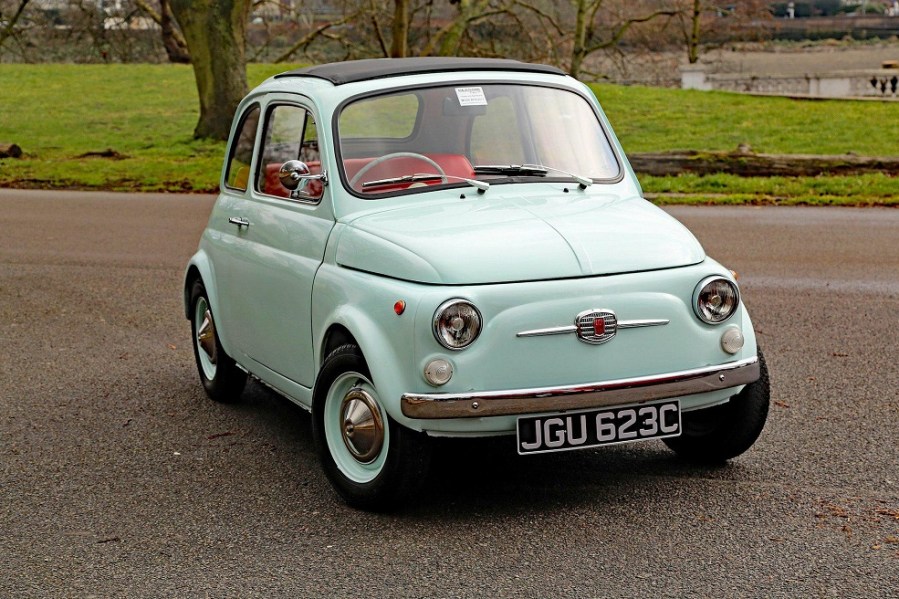 This year’s London to Brighton Classic, Kit and Sports Car Run, held on Sunday June 2, will showcase the diversity of the classic car scene with a wide range of entries – from vintage cars to electric conversions.

The oldest car currently entered is a 1915 Ford Model T Speedster, belonging to Tony Robinson from Peterborough. Tony bought the Model T, affectionately named Arthur, as he loved watching the film Genevieve with his dad when he was younger.

Tony has steadily improved the car after buying it from the previous owner, who had imported it from the USA. “It’s been on a few local events, but nothing like the London to Brighton,” said Tony, who will be driving with his son, Majied. “I have two worries; overheating in the traffic getting out of London; and the brakes on the downhill bits!”

Some 50 years younger, Andre Abadie’s 1965 Fiat 500F will be the first electric car to ever take part in the London to Brighton run. Living in London, the electric conversion was an easy decision for owner Andre, who purchased the car just nine months ago.

“Living in London and working for a bank in social and environmental risk, an electric car was on my agenda,” he explained. “I looked online and found a Fiat 500F that had already been converted by a Welsh company called Electric Classic Cars.

“I’ve made some upgrades including a bigger motor and four Tesla batteries, which gives me 100-mile range on a full charge. So that will get me from the start to the finish line, but I’ll need to find a charging point to get home!”

Organiser Stephen Smith, from GE Classic Motor Events, said: “These two cars are just a sample of the diverse marques that we are lucky enough to have joining us this year, each with its own fantastic story to tell.”

A two-in-one event, the Classic Car Run is open to vehicles that were produced pre-1994, while the Kit and Sports Car Run caters for kit, replica, and modern sports cars owners. The entry fee in all classes of entry is £99.00 per crew of driver and navigator, with all run participants receiving a commemorative rally board and solid brass rally plaque, plus a Tulip style route book and a personalised entry certificate.

After starting from Greenwich Park, the 2019 classic route will continue towards Chiddingstone Castle, while the Kit and Sports Car Run heads for the gardens at Penshurst Place. Both runs then journey to the finish line at the legendary Madeira Drive. See www.classicmotorevents.co.uk for more details.