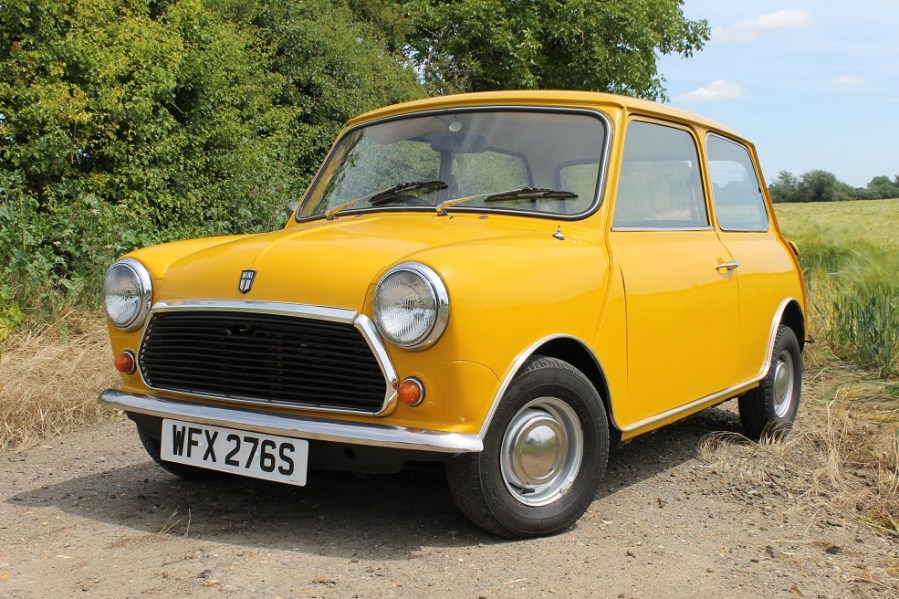 It’s 50 years since Mini went from being a universal nickname to a marque in its own right – one which is still going strong today. That’s the when – here’s the why and how…

What’s in a name? Well, as far as the Mini was concerned by the late 1960s, quite a lot. As it approached its 10th birthday the little car was already assured of being one of the great cars of history. It had revolutionised small car design and its engineering would send increasingly wide ripples through the global automotive industry right to the present day. It had become a cultural icon and a sporting champion. It had wrested the Morris Minor’s crown as the best-selling British car of all time and then, mid-way through 1969, had romped past the two-million production milestone; the first British car to do so. It was a car owned by virtually everyone, from factory workers and housewives to music starts and royalty. And its success showed no signs of abating – 237,227 Minis in 1967 to over 250,000 in 1969.

As the landmark car was paraded for the press its manufacturer, British Leyland, had big plans for the car’s immediate future. For all its success, the Mini had scarcely been profitable for its original parent, the British Motor Corporation. And so came the Mini Mk3, announced at the London Motor Show in October 1969. There were a lot of changes. The bodyshell was redesigned to make it simpler and cheaper to assemble to the extent that the new models had their own design number -ADO20 instead of ADO15 – and featured hidden door hinges and winding windows. The Austin/Morris estate and Woseley/Riley booted variants were gone, replaced by the ‘square-nose’ Clubman models and the Cooper was retired in favour of the slower, less powerful and more refined 1275GT.

But most notable of all was the name given to these new cars. Since 1959 all standard Minis had been built, badged and sold as either an Austin or a Morris. The original pair had been the Austin Seven and the Morris Mini-Minor. The middle part of the latter’s name almost immediately became the term by which the model was generally known, and from the beginning of 1962 the Austin version was renamed the Austin Mini. The term ‘Mini’ became one of the marketing buzzwords of the 1960s – the word was slapped on everything from skirts to record players and from tractors to food mixers. The Morris became the ‘Morris Mini’ in 1967, but by then everyone was long-used to calling cars of either marque simply ‘a Mini’. As far as the public was concerned the Mini was a marque in its own right. And in 1969 British Leyland made it official. 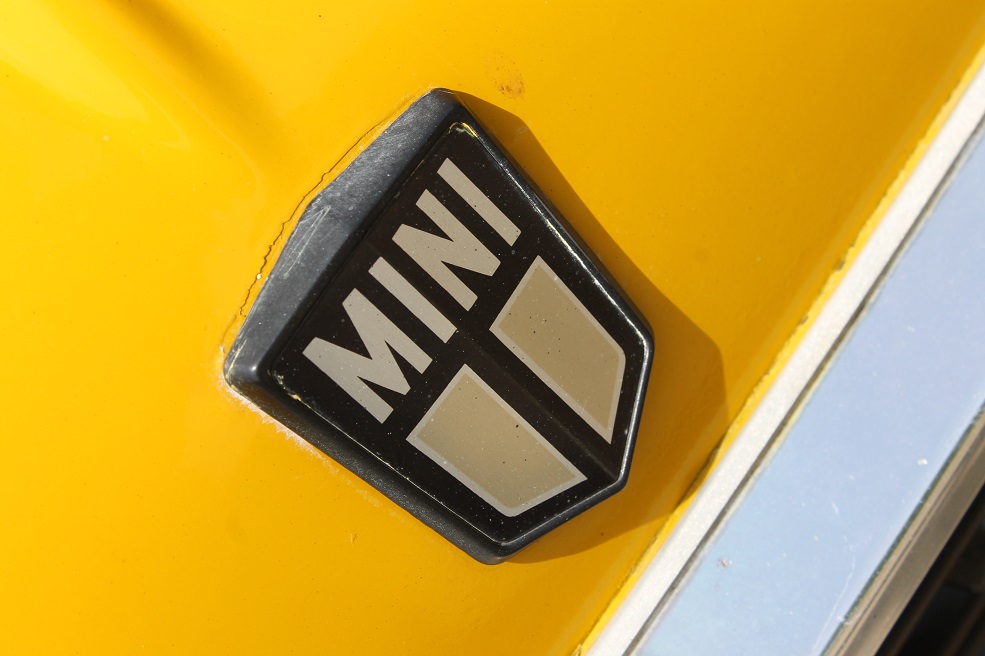 The new cars were merely badged as ‘Mini’ with their respective engine capacity – Mini 850, Mini 1000, Mini Clubman, Mini Clubman Estate and Mini 1275GT. The bonnet badge simply proclaimed ‘MINI’ in a new shield-shaped icon vaguely reminiscent of a significantly simplified version of the 1960s Austin logo featuring Herbert Austin’s coat of arms. As well as simply catching up to where the public had been for almost a decade, it was a move with canny marketing and financial aims. The British motor industry was entering its darkest time in 1969 and public opinion of many of its models, old and new, was slipping. The established names like Austin and Morris were no longer the source of such pride or loyalty as they had been. While in 1959 it had been seen as crucial to offer both Austin and Morris versions of the car, now it was entirely unnecessary and, it was figured, the Mini would if anything suffer by association. And since most people didn’t refer to their ‘Austin Mini’ or ‘Morris Mini’ anyway, why keep up the pretence?  Of course, not having to produce subtly different versions of the same car led to big cost savings in production, marketing and distribution. There was also BL’s grander product plan, which saw using Morris as the marque for conventional, rear-wheel drive cars such as the upcoming Marina, while Austin would be used for the firm’s more advanced front-wheel drive products. But with Mini demand still showing no signs of slacking it made no sense to withdraw the model from Morris forecourts simply because it was front-wheel drive – yet there was nothing to stop both Austin and Morris dealers selling the Mini under its own unique name.

This was certainly one of BL’s better marketing moves. Although Mini production would peak in 1971 (at just over 300,000 cars) it still stood at 212,000 in 1977. Market share declined more significantly in that period as the Mini faced increasing modern competition and Mini build quality seemed to plumb ever-lower depths. But while the names Austin and Morris became a national laughing stock the Mini never lost its goodwill. The lustre may have dulled but it was always regarded with affection and bestowed with a unique character which none of the objectively far-superior ‘superminis’ (itself a class named in reference to the Mini!) could deliver. 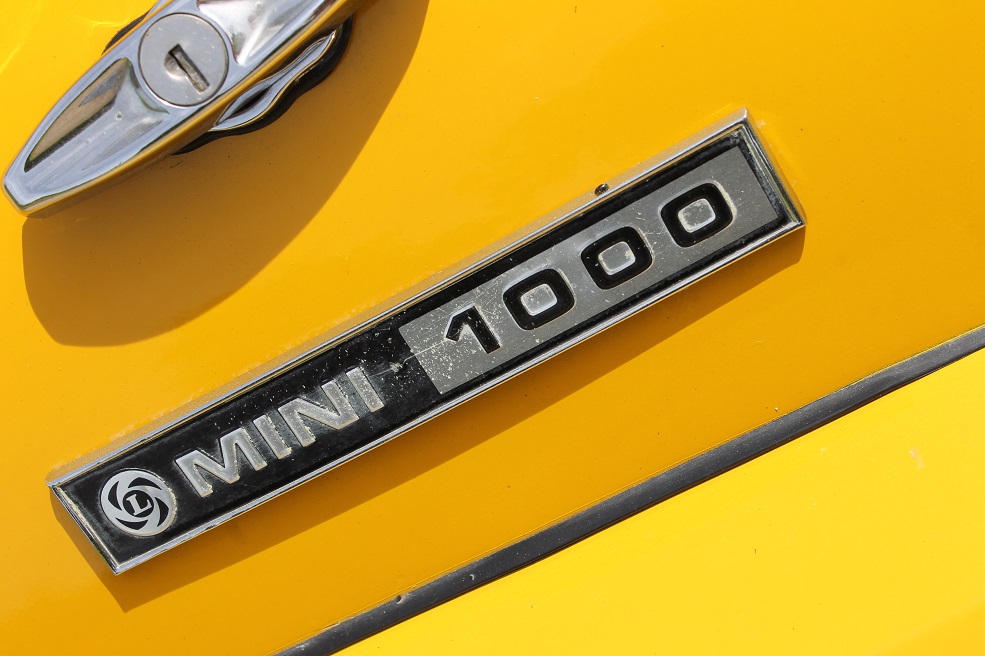 That goodwill actually saw the Mini’s independence briefly reversed. In 1981 the Mini was returned to the Austin fold and the Austin badge reappeared on the grille in an attempt to make full use of the Mini’s new-found fashionable status and seemingly undying esteem. Yet this period also saw the explosion in Mini special editions to cater to those who saw it not as a low-cost economical small car but as ‘a Mini’ – not merely a name in its own right but an entire car. Despite the official Austin identity no-one really cared. As it had been since 1959 it was still just ‘the Mini’ and even BL’s own advertising kept the Austin name subtle, if it was even there at all. The value of the Mini as a brand only ever increased, as indeed did sales, from an all-time low in 1985 of just 35,000 to over 40,000 by 1990.

By this time the Austin name had been canned entirely, seeing the Mini return to a marque in its own right and the all-important Cooper models had been reintroduced. That year also saw the launch of the Mini Mk6, bringing with it a new and bespoke Mini logo – a roundel between a pair of wings combining the two elements of the old Morris (the roundel) and Austin (the wings) logos. Although now technically a Rover product the Mini retained its nominal independence  and the profile of the car itself was registered as a trademark. It was these three key properties – the name, the badge and the shape – that BMW so keenly retained when it sold the rest of the Rover Group and so founded the new MINI for the 21st century which is now a multi-model manufacturer itself.