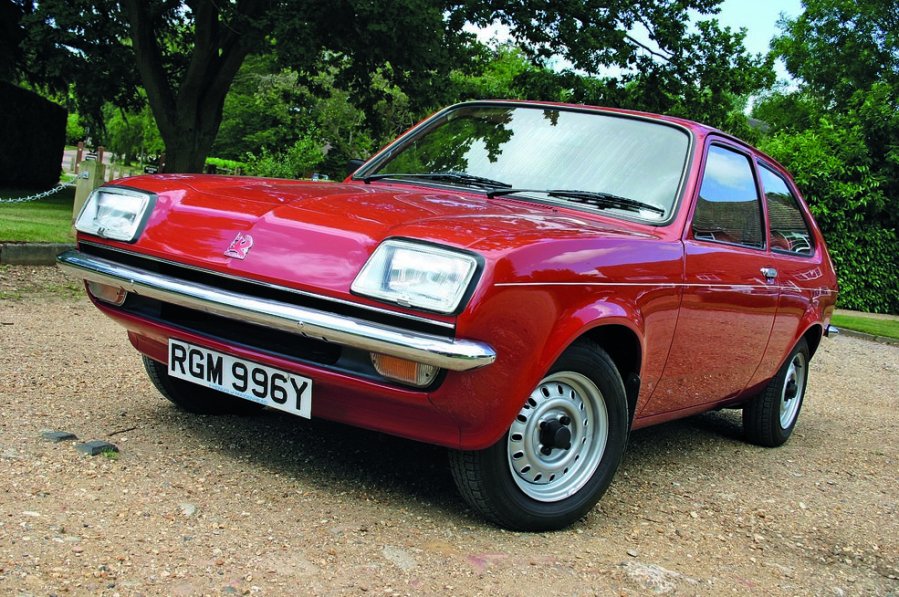 It’s easy to overlook the humble Chevette but it has an important place in history.

This year marks 30 years since Vauxhall’s Chevette entered its first full year of sales and although the rapid HS and HSR variants are famed for their forest stage exploits, the cooking 1256cc Chevette is largely overlooked.

It was a significant car though, both for GM in general and Vauxhall specifically. Conceived as one of the first attempts at a ‘world car’ programme it was actually one of the more successful such attempts in history and also represented Vauxhall successfully retaining its independence within the General Motors behemoth.

The Chevette was based on General Motor’s ‘T Car’ platform which was developed as a small/medium saloon which could be marketed in several different markets globally with only minor changes.

The development of the T-Car began as early as 1970 when representatives of the various GM divisions met in Detroit to lay down a brief. The plan was to use a standard floorpan worldwide, which in turn meant a standardised suspension layout and drivetrain configuration. GM’s policy at the time was firmly front engine/rear-drive which dictated the design of the T-Car. 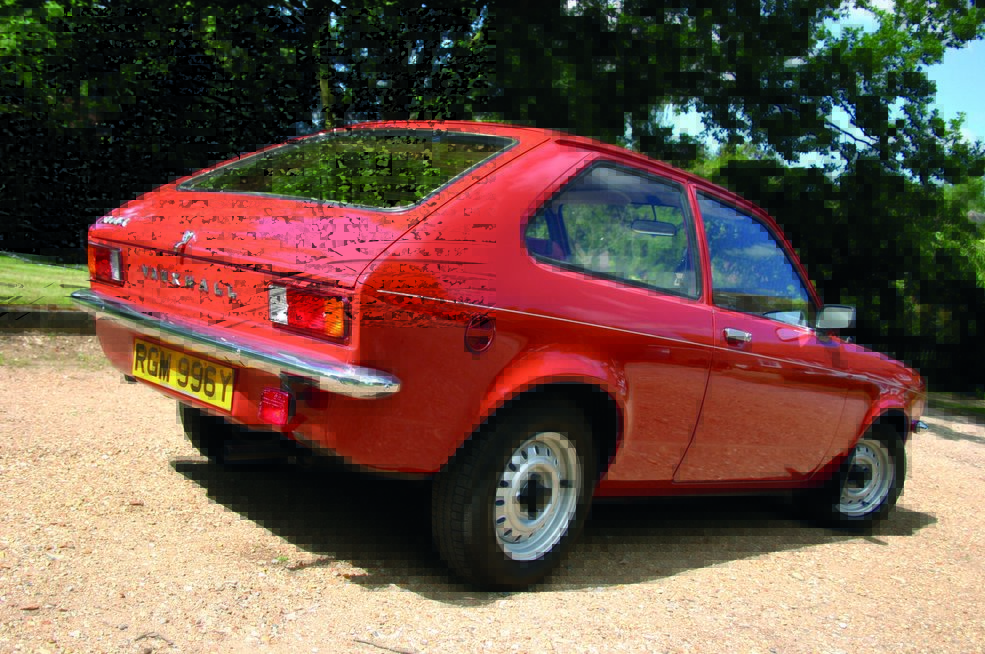 Despite its worldwide ambitions for the car, design work was largely entrusted to a single division and in reality this meant Opel in Germany, with input from the other divisions according to their requirements.

Vauxhall had lobbied for a three-door hatch to be included in the programme and as a result ended up responsible for developing the finished T-Car platform to suit, but the car would first appear in showrooms not in Europe but in South America. The first outing for the T-Car was in Brazil where it was badged as the Chevrolet Chevette in 1972, with Opel’s own Kadett appearing the following year. The Chevette would be be launched on the British market in May 1975 and would in fact prove to be the most distinctive of all the T-Car variants.

Despite the idea of standardising the floorpan, the Luton engineers had ruthlessly chopped a massive 11 inches from the rear end, adding a hatchback rear and a box-section crossmember under the rear seats to restore the lost torsional rigidity. Press reports and interviews at the time suggested that this was a conscious attempt to get back to the diminutive dimensions of the original Viva HA, with the Viva having grown massively over the years. Apparently the intention was originally  to make the car even shorter but this was curtailed by worries over crash safety and crumple zones. 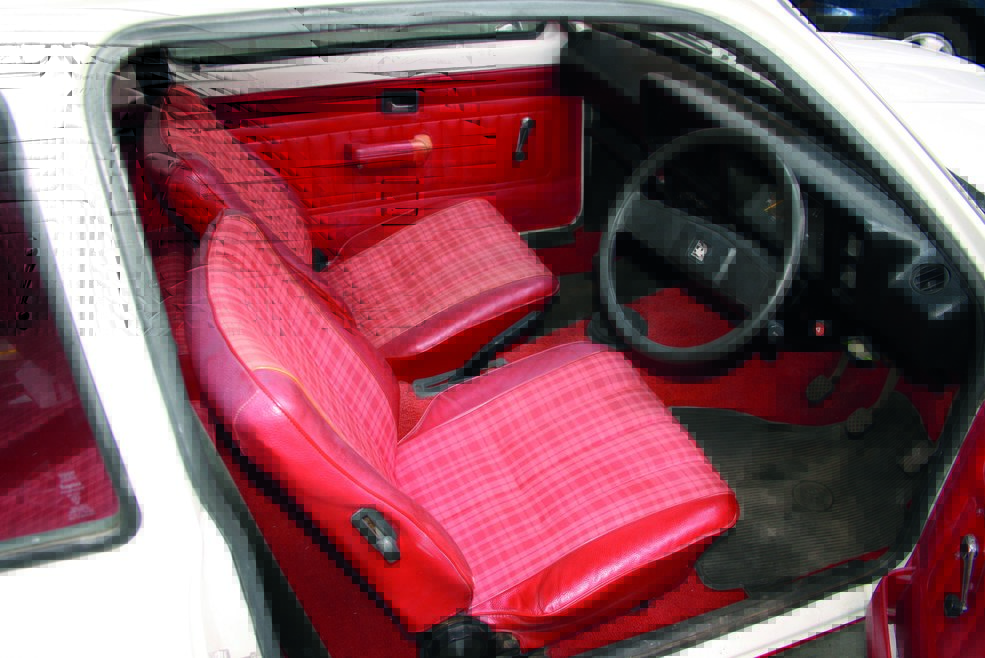 One further alteration to the floorpan pressing was also made with the repositioning of the gearlever aperture in order to use the 1256cc OHV Vauxhall engine and gearbox from the Viva. Other than that, it was pure T-Car under the skin, with the front suspension using coil springs, telescopic dampers and anti-roll bar while the rear end employed a twin-linked live rear axle, telescopic dampers, anti-roll bar and Panhard rod. Steering was by rack-and-pinion and the end result was a car which road testers reckoned gripped well and handled predictably on its standard radials.

The styling of the Vauxhall model was very different from the other T-Cars, the work of Vauxhall’s own Ed Taylor who gave the car its characteristic shovel-nosed style reminiscent of the his own Firenza. The result was a modern-looking car very different from the Kadett or Chevrolet even though Taylor was constrained by having to retain the doors, windscreen and forward roof pressing of the other models.

The Chevette was launched in just one flavour: a three-door hatch with the 1256cc, 58 bhp motor. In June 1976, the two and four-door saloons were launched, with the estate following in September, but as far as model variants went, that was pretty much your lot: the regular Chevette would only ever be offered with the 1256cc motor and four gears. The Kadett could be had with the Ascona’s 1600 engine or the 1.9-litre cam-in-head unit but these were never offered for the UK market. 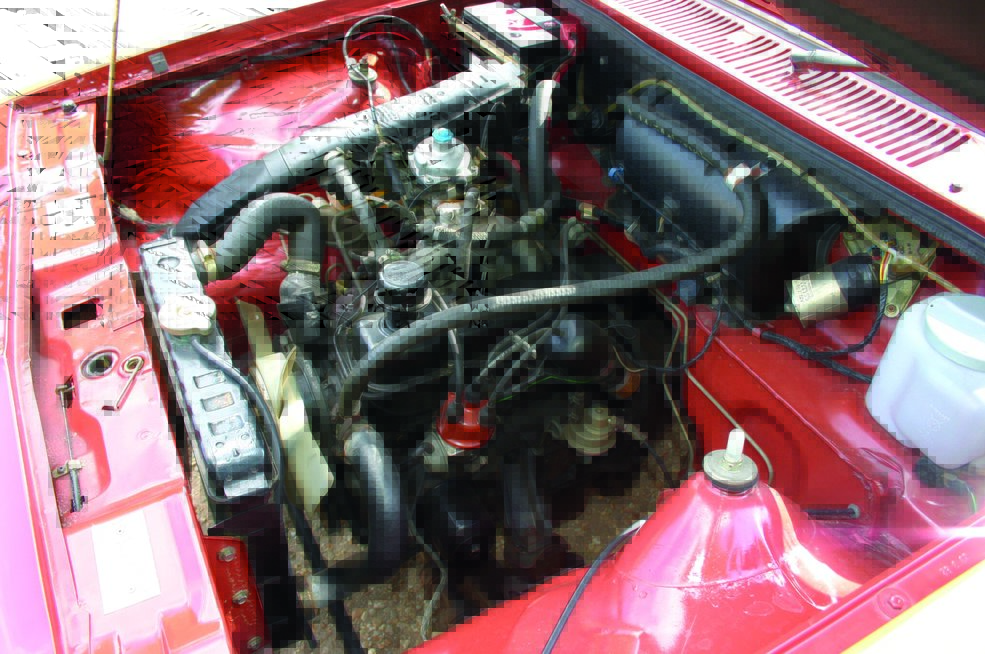 One thing we did get though was the HS and its later evolution the HSR. Designed purely to go rallying, these employed the 2.3-litre slant-four Vauxhall engine with a 16-valve head and were successful on the motorsport stage.

The common or garden Chevette though was a mild-mannered economy car and the closest it got to excitement was the GLS specification with its velour trim and standard cigarette lighter.

A minor facelift arrived in 1978 which brought with it revised headlights, seats and badging but the Chevette was surprisingly little altered during its lifespan.

By 1980 though, the rear-drive layout was looking a touch old-hat as rivals like the Polo and Fiesta were on the scene and even GM’s own front-drive Kadett/Astra was arriving in showrooms, which explains the rash of special edition Chevettes from 1980. First of these was the Chevette Special which boasted pushbutton radio, tinted glass and metallic paint, but even the internal dealer promotion material for the scheme dubbed ‘Action 80’ acknowledged that the new Astra would be taking pride of place in the showrooms.

Other special editions included the Sun hatch, ES, Black Pearl and Silhouette but by 1982 the Chevette’s star was waning: the range was reduced to just the four-door saloon and three-door estate in L trim. By then the Nova had been launched and the old-style Chevette bowed out to leave the new front-drive range to fight the Fords, with production ending in 1984. This represented a rather sad landmark for Luton since GM’s future European models would be identical in their Vauxhall and Opel versions.

Despite this, the Chevette had done sterling work for Vauxhall and for three years between 1975 and 1978 had been the UK’s best-selling hatchback. When you consider that the Fiesta arrived in 1976, that’s some achievement. Oh and it also formed the basis of the wedgy, futuristic Isuzu Piazza. 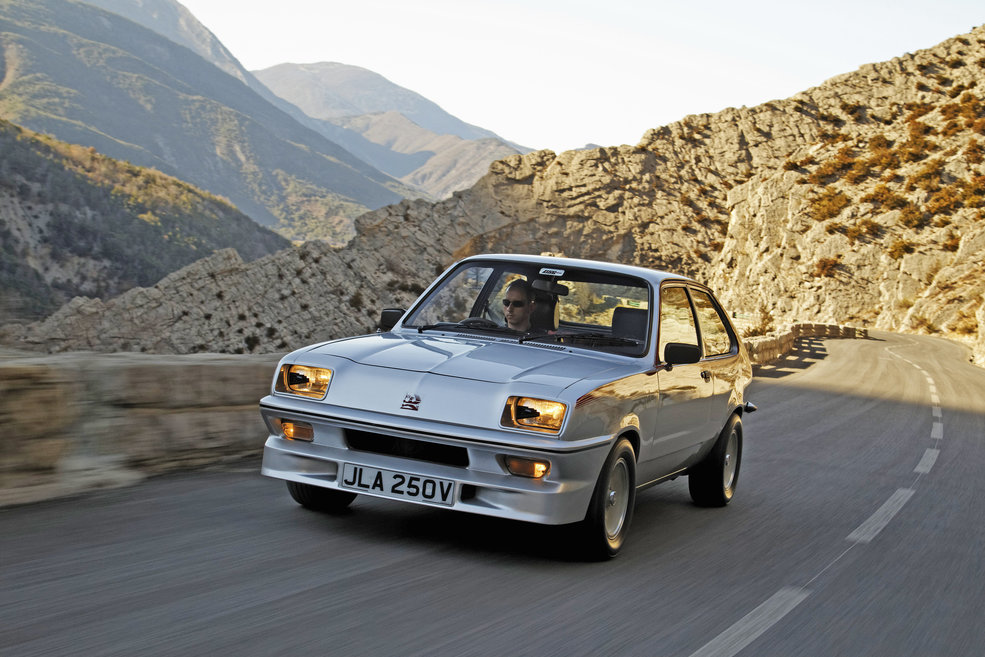 The Chevette may have been denied the more powerful engines available to buyers of the T-Car in other markets, but its ultimate incarnation was more rapid than any of them. The Chevette HS was developed purely to go rallying but came into existence via a rather roundabout route. At the time, GM wouldn’t sanction an official factory motorsport teams, so Vauxhall drummed up financial support from its 600-odd dealer network to finance a team which was branded as ‘Dealer Team Vauxhall’ or DTV. The Chevette was the ideal size for a rally car and its rear-drive layout was ideal for the purpose, with the power deficit being remedied by lowering in the slant-four 2.3-litre engine as found in the larger models, complete with a new 16-valve head. Suspension and rear axle were taken from the coupe version of the Kadett, the GS/E, with a Getrag five-speed gearbox. The addition of the 16-valve head gave the slant-four motor 135 bhp which meant a top speed of 117 mph in road trim, while in FIA Group 4 specification it was good for 220 bhp and 125 mph. 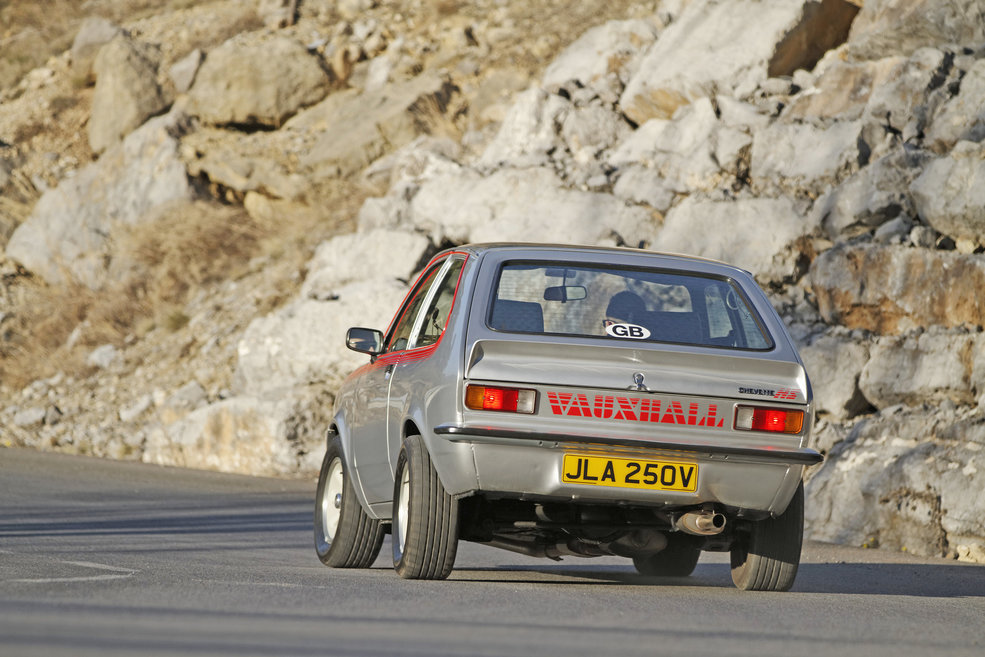 For anybody who grew up watching the RAC Rally in the ’70s, the sight of the DTV Chevettes emblazoned in Andrews Heat For Hire livery barking sideways through Kielder and Grizedale will be a familiar sight and these ‘halo’ models did much for Vauxhall’s image. Homologation rules required 400 examples to be produced and the HS was then revised in 1980 into an evolution model, the HSR, but was superseded shortly afterwards in GM’s rallying campaigns  by the Manta 400.