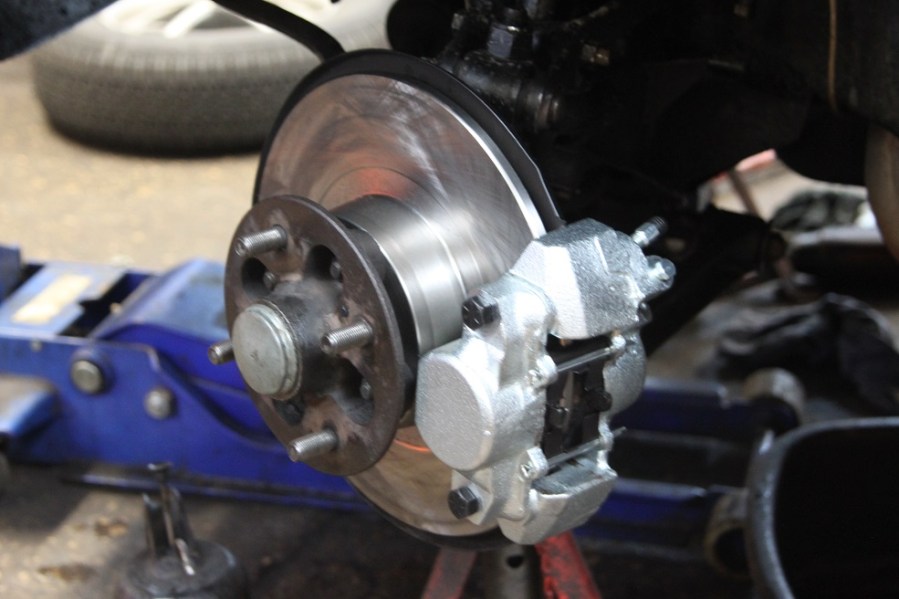 Disc brakes offer better stopping performance than comparable drums, including resistance to ‘fade’ caused by overheating. We trace the development of this important automotive innovation back to the opening years of the Twentieth century.

Although Fredrick William Lanchester is generally recognised as being the first UK motor manufacturer to patent a mechanical version of the automotive disc brake in 1902, the Birmingham-based automotive engineer can only really be credited for improving an existing technology. This is because a very basic disc and calliper-type braking system had been fitted to the front wheel of an electrically powered vehicle built in the US by Elmer Ambrose Cleveland back in 1898.

The performance of the disc-based braking system fitted to Lanchester’s cars was severely limited as the braking medium acting on the disc was made from copper. Not only were these copper ‘pads’ noisy in operation, they also wore out quickly due to the dusty conditions that prevailed on the roads at the time. Despite later versions having more efficient asbestos-lined pads, drum-based braking systems proved simpler and cheaper to make and became the preferred choice with vehicle manufactures right up until the mid ‘Fifties.

As pre-war American cars were notoriously under braked, several experiments with complex internal and expanding disc-based systems took place in the US during the lead up to the Second World War. The outbreak of war resulted in this research being switched to the development of reliable and efficient hydraulically operated caliper-type disc brakes for aircraft applications.

After the war, UK-based Dunlop became a major producer of aeronautical disc brakes, a factor that led to the company to adapt the technology for use on performance road vehicles. In 1953, a Jaguar C-type racer caused a sensation when it was fitted with a pair of fade-resistant Dunlop-made automotive disc brakes for that year’s Mille Milgia time trail in Italy. Citroën followed this up with a pair of powered inboard front discs on its 1955 DS and in 1956, the Triumph TR3 became the first British-built production car to be fitted with front disc brakes as standard.

Disc brakes comprise of a cast iron disc that rotates at the same speed as a car’s road wheel. Each disc is partly covered by a caliper containing a pair of cylindrical hydraulically operated pistons. Activating the car’s brake pedal causes the cylinders to push on a set of steel-backed friction pads and press them against the disc to slow or halt the car. A set of rubber seals around each piston prevents hydraulic fluid escaping from the caliper when pressure is applied, while rubber sealing rings keep dust and dirt out of the housings. 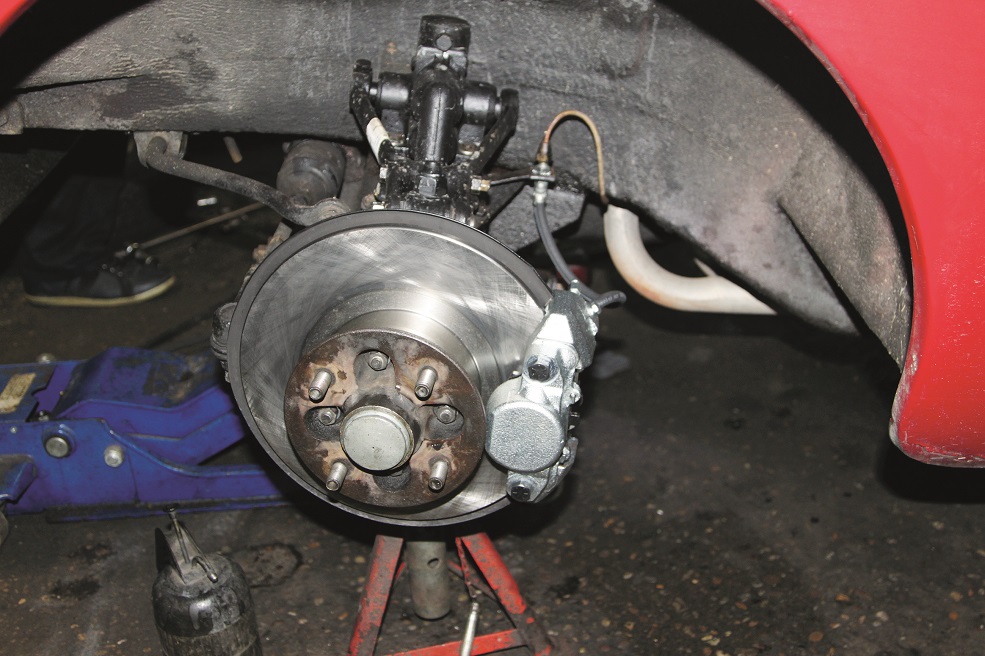 The inner face of the disc not covered by the caliper is protected from road debris and water by a pressed steel splash shield. Each piston is is cast in a ‘U’ shape so that the fluid pushes on a flat surface and the minimum amount of material comes into contact with the steel part of the pad. As the caliper covers only part of the disc, the whole assembly is more easily cooled in the slipstream than the linings in an enclosed drum brake.

Heat transfer from the friction surface into the caliper is kept to the minimum on a disc brake, thus preventing brake ‘fade’, a common problem that can severely affect the performance of overheated drum-based systems. Brake fade is when a very hot drum moves away from the shoe assembly slightly, decreasing the vehicle’s braking efficiency. On a disc brake-equipped car the opposite happens as the disc expands slightly when it gets overheated. As an expanded disc moves closer to the pads, braking efficiency is maintained so long as the fluid doesn’t reach boiling point.

Pads are relatively easy to change and are generally held in place by two retaining pins that pass through the caliper. Each retaining pin is kept in place by a special spring clip. A shim plate is usually fitted between the piston and pad to eliminate brake squeal, while some pads incorporate wear indicators. Pads are usually segmental in shape but some can be rectangular, oval or even square. When replacing pads, it’s always advisable to put a smear of special brake grease on each side of the shim as an extra precaution against squeal.

As well as fixed calipers, there are several different types of assembly: the swinging type, the fist type and the sliding-caliper brake. A swinging caliper contains a single direct acting hydraulic piston that operates on one friction pad. Fluid pressure on the cylinder or piston causes the caliper to operate the other pad in a swinging or sliding motion. Fist-type calipers are designed for compactness and have special V-slots in a fixed housing to prevent jamming. Applying the brake move the cylindrical part of the ‘fist’ and corresponding pad onto the disk.

The sliding caliper brake works on the principal of two pistons working in a single cylinder. When pressurised fluid acts between them, it forces each piston apart. One piston forces a friction pad onto the disc by direct action, while the other piston forces the caliper in the opposite direction and in doing so brings the companion pad in direct contact with the disc

Some calipers fitted to high performance cars contain four pistons, two in each caliper. For extra performance, discs can be drilled or have angled grooves milled across their faces. Modern replacement pads don’t contain any dangerous asbestos, but are made of various hard compounds that can sometimes include metal particles. The combination of these different materials can cause the disc to wear out and as such it is expected that new discs are fitted on every second or third pad change.