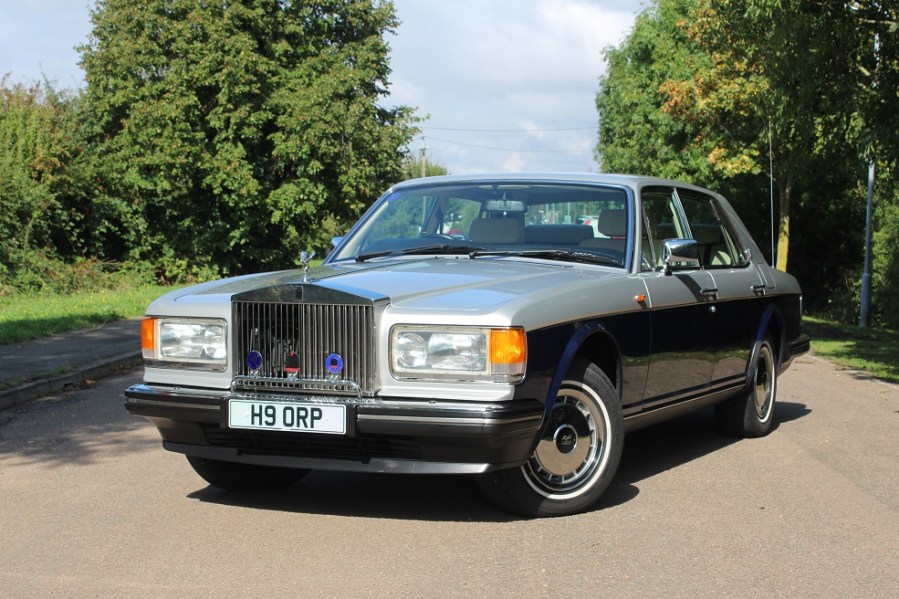 Rolls-Royce went through a crucial line-up change in 1980, when the long-running Silver Shadow finally gave way to the Silver Spirit – a model noticeably different in style.

Launched in 1965, the Rolls-Royce Silver Shadow was one of the longest-running luxury cars on sale by the start of the Eighties, although it remained competitive thanks to a host of useful updates and improvements. The most significant of these had been the launch of the Silver Shadow II in 1977, six years after the collapse of Rolls-Royce – an event that led to the car-making side of the firm being divided from the aero engine division, leading to the creation of Rolls-Royce Motors.

As a result of this, resources that could be allocated to new-model development were suddenly scarce, which helps explain why a genuinely new successor to the Silver Shadow took so long to appear. Nevertheless, ideas for a Silver Shadow replacement had been part of management discussions for some time, the original plan being for the car to enjoy a ten-year production run. Its extended career meant, however, that an update was required, hence the Silver Shadow II’s debut in February ’77. 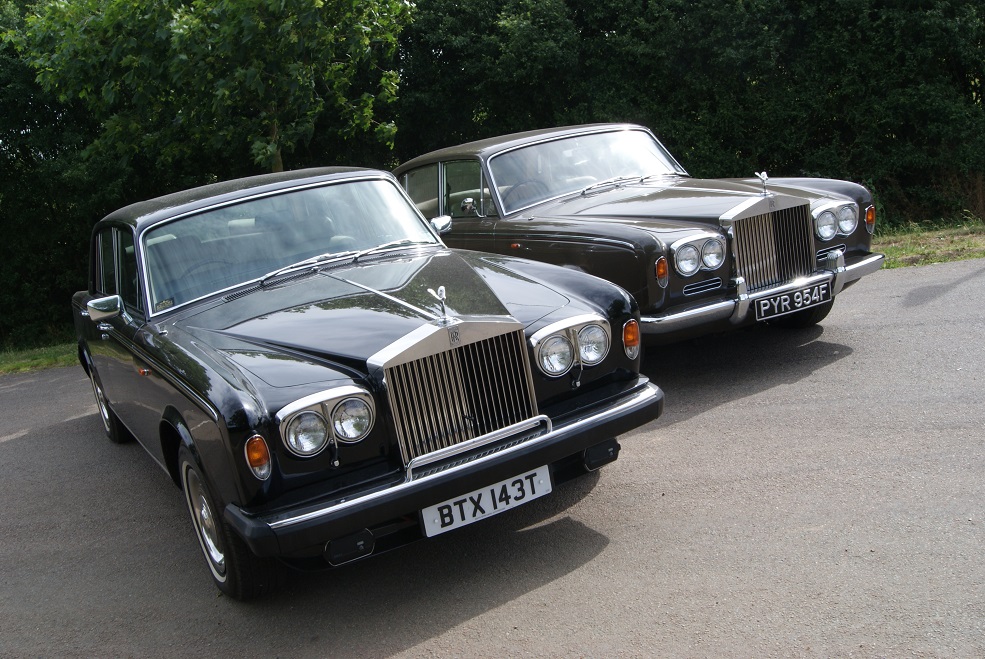 The most obvious visual changes included plastic-faced alloy bumpers with polyurethane side pieces, while below the front bumper was a spoiler (aimed at improving high-speed stability) and a pair of front fog lamps. Inside the car, the Silver Shadow II boasted a new-look fascia with revised instrumentation, while the car’s air conditioning had been upgraded to a split-level system. Most important of all, however, was the adoption of rack and pinion steering and a modified suspension system, ensuring that the Silver Shadow II offered the kind of sharpened-up handling and more precise steering that luxury car buyers of the late Seventies expected.

Production of the Silver Shadow finally ceased in the late summer of 1980, as Rolls-Royce prepared itself for the launch of its imminent successor. What had been a hugely successful model for the company was finally being consigned to the history books, although its Corniche convertible cousin was scarcely halfway through its production run by then. During its 15-year career, the Silver Shadow had gone from being a cutting-edge design packed with modernity to the highly respected elder statesman of the luxury saloon world. It left the automotive stage with dignity – and to this day has yet to be beaten in terms of Rolls-Royce production figures. 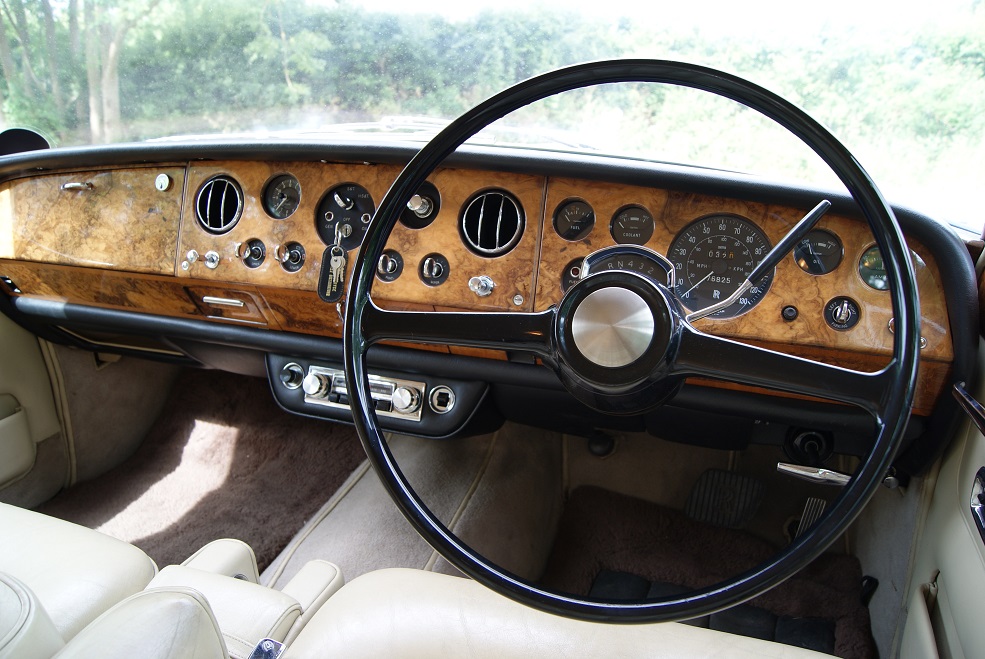 When the Silver Shadow II’s successor was finally unveiled in October 1980, it fulfilled the brief that – in order to be cost-effective – it had to retain as much of the Silver Shadow’s engineering as possible, whilst at the same time being more modern in terms of its aesthetics. This meant that the entire drivetrain and running gear would be more or less identical, although featuring a number of refinements.

Rolls-Royce’s long-serving L-series V8 engine was inevitably to feature (in familiar 6.75-litre guise), driving through the GM Hydramatic three-speed auto to the rear suspension carried over from the late Shadow. This had, however, been improved with the addition of what had been called internally a ‘refinement package’, designed to answer criticism of the Shadow’s handling by redesigning the angle of the rear trailing arm pivots to allow a greater degree of camber change as the wheel moved up and down. This also raised the roll centre of the car, which reduced body roll and provided a flatter ride. 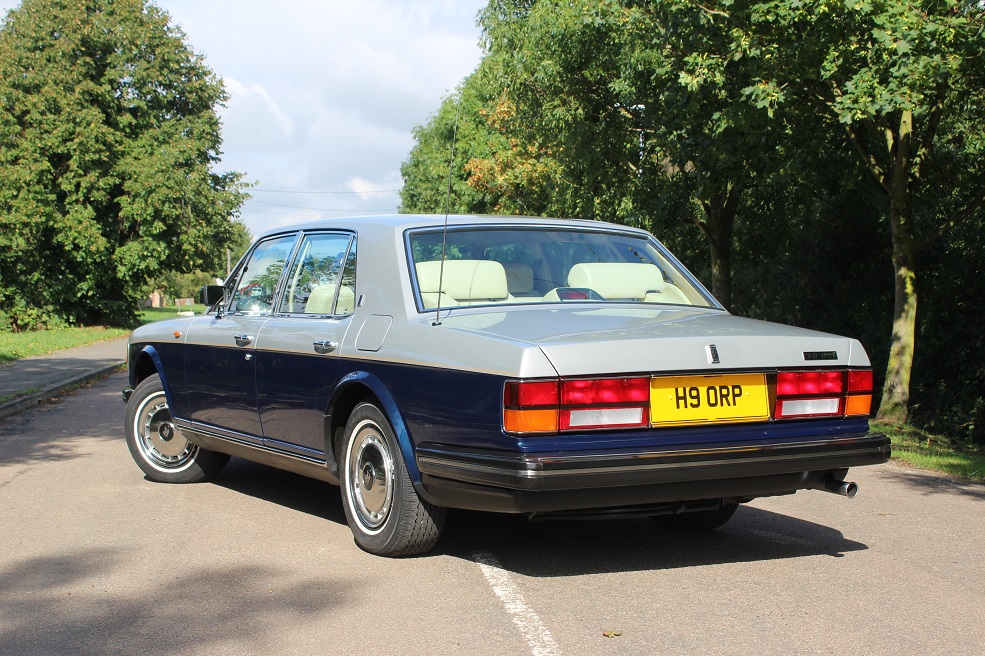 The rear track was also widened by three inches over the Shadow, contributing to much-improved handling and ride comfort. Indeed, in an effort to keep up with the impressive ride comfort and handling balance offered by Jaguar with its XJ models, the Silver Spirit introduced a reinforced rear subframe to carry the rear axle and suspension, now mounted to the bodyshell with isolating rubber mounts. The self-levelling system was carried over from the Silver Shadow II, with the Girling set-up using the dampers as a height control mechanism, with a valve controlling the flow of fluid from the car’s high-pressure hydraulic system.

As with its predecessor, the Silver Spirit’s bodyshells were to be produced by Pressed Steel at its Cowley plant (now part of BMW’s MINI facility), despite the low volumes involved. It was felt that the contract was a prestigious one for Pressed Steel, which by then was a wholly owned subsidiary of British Leyland.

Mindful of the conservative nature of Rolls-Royce’s clientele, great care was taken not to produce too radical a design whilst at the same time creating something distinct from the Silver Shadow – a car that by the late Seventies was arguably starting to look a little old-fashioned.

The size of the Silver Spirit was just as important a consideration as its overall look, particularly in the all-important American market, where the Silver Shadow was physically so much smaller than much of the competition, and as a result lacked the imposing presence that it enjoyed on European roads. The easy solution would have been to create a significantly larger car, but this was impossible given the engineering constraints of using the Silver Shadow’s underpinnings. Clever detailing and styling tricks, however, managed to make the Silver Spirit appear at a glance far bigger than its predecessor, despite being only marginally longer and wider. Indeed, the roofline was in fact lower by half an inch.

This was achieved by enlarging the glass area by some 30 per cent, lowering the waist line and using less decorative trim, together with more angular lines, a flatter bonnet and a more horizontal design to the front and rear lights. 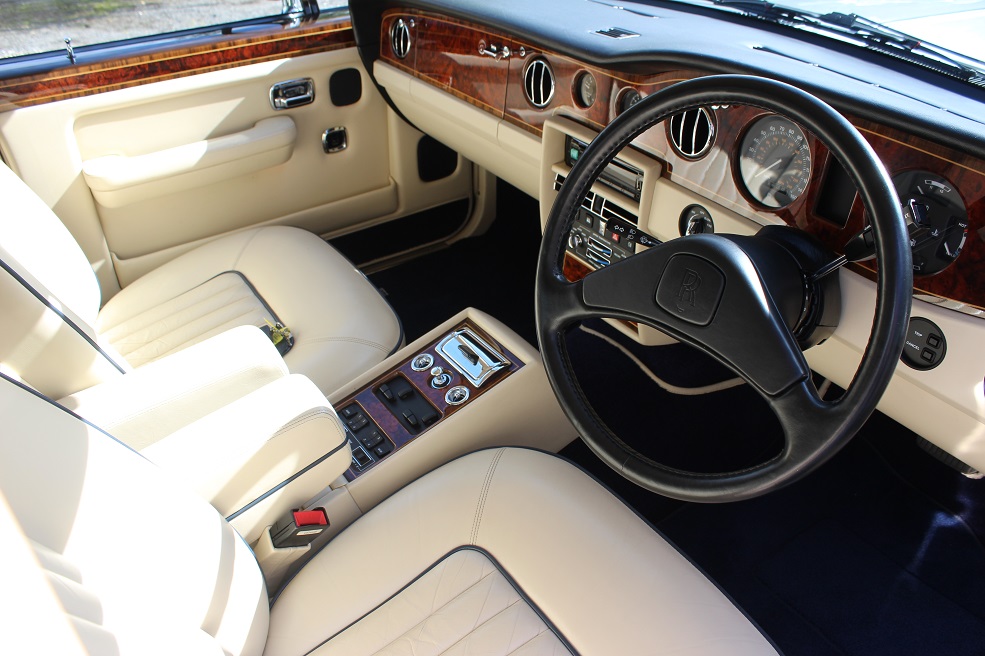 The Silver Spirit was launched to the press in Nice in 1980, before being revealed officially at that year’s British International Motor Show, just a few days after the announcement that Rolls-Royce Motors had been acquired by engineering and defence giant Vickers. Initial reaction to the newcomer was positive, but with 60 per cent of the firm’s sales going to export markets – primarily the USA – the timing couldn’t have been worse. The US market was entering a recession and the decision was taken to delay exports to North America until 1981 to give more time for the costly certification work.

This involved fitting the V8 with fuel injection as well as a catalytic converter and exhaust gas recirculation in order to satisfy the stringent emissions regulations in the USA – especially those for California cars. It was Bosch’s simple K-Jetronic system which was initially used, apparently largely on the basis that Mercedes already fitted it to US-bound V8 engines and so suitable componentry was readily available. The first engines ran a 7.3:1 compression ratio, meaning a 15 per cent drop in power; even raising the compression ratio to 8:1 still meant a hit on performance and economy, with the Federal Spirit topping out at a feeble 105mph.

As history has shown, the economy took rather longer to recover from the recession than the single year that analysts had predicted, and Rolls-Royce suffered alongside other makers. Production was cut from 3000 to 2000 cars a year in 1982, and redundancies were announced. Nevertheless, the luxury car market did improve during the Eighties, and the Silver Spirit went on to be a major success, with a career that lasted even longer than that of the Silver Shadow.