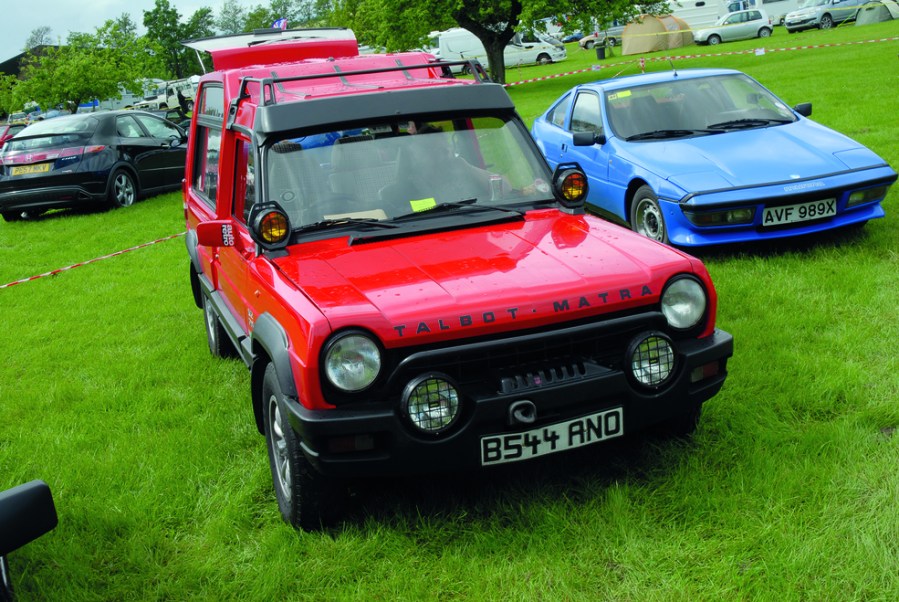 I once attended a press presentation of the first-generation BMW X5 where the car was described as an ‘SAV’, the Bavarian prestige brand going to great lengths to ensure we didn’t confuse it with the more common ‘SUV’. The crucial difference? The SUV is a Sports Utility Vehicle, whereas BMW wanted us to forget the idea of utility and think of a Sports Activity Vehicle instead.

Call it what you want, the idea of a multi-purpose vehicle was nothing new even back then and it was more the science of niche marketing which had been refined than the idea of making one vehicle suit several roles. The SUV/SAV was destined to overtake the ‘people carrier’ which had until then been a growing market and which had given rise to the term MPV – the acronym signifying the rather more prosaic Multi Purpose Vehicle. 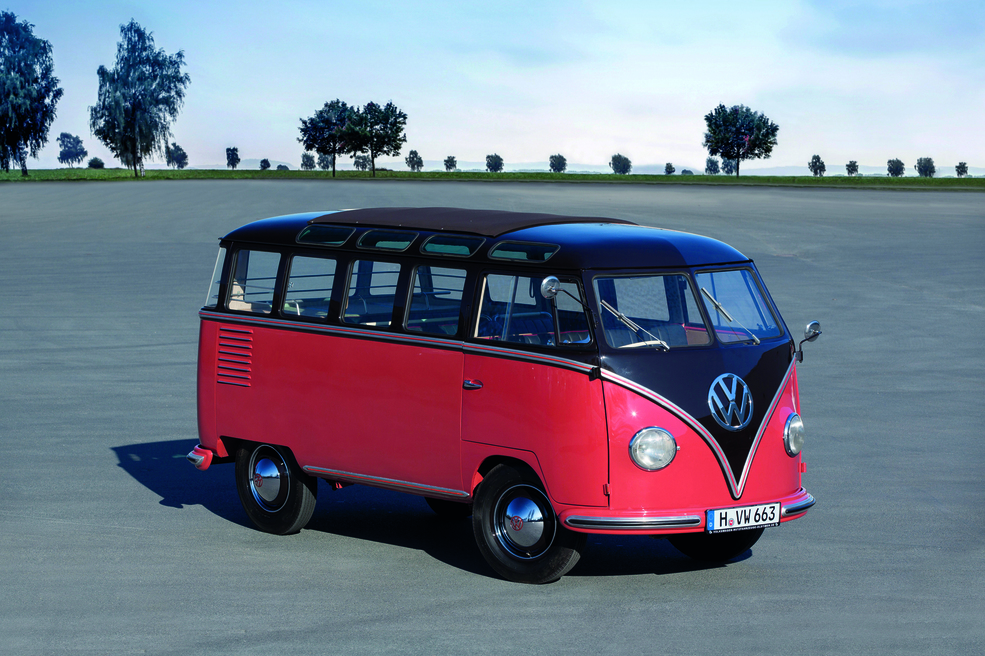 Long before the MPV tag had been invented it was possible to buy a vehicle capable of carrying more than the regular 4/5-seater car, courtesy of any number of van makers, one of them Volkswagen with its neatly-trimmed Microbus, the firm still having a large share of the market today with the modern T5.

One of the earliest examples of a genuine multi-purpose vehicle though was our own Land Rover though, which boasted a Station Wagon almost from the word go. Constructed by Tickford, the early versions were produced for only a short time and are correspondingly rare, but the 12-seat Station Wagon was always a mainstay of the ‘Series’ Land Rover range, while even the regular Land Rover offered a seven-seat capability until the side-facing rear seats were outlawed in the face of crash test regulations. 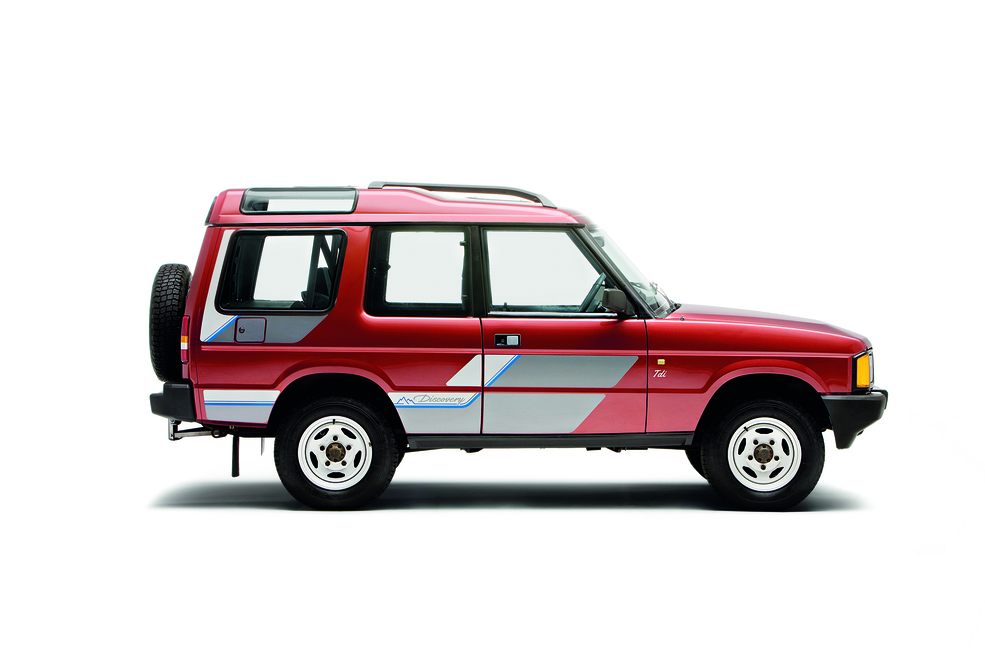 Land Rover for a while had the seven-seater market sewn up until the new wave of Japanese 4x4s started entering the market providing two more seats than the regular Range Rover could offer. Throw in the gradual move upmarket of the Range Rover and the firm was in danger of losing a large part of its traditional customer base. The solution was inspired: take the Range Rover chassis, doors and windscreen, add a more modern body complete with a pair of jump seats in the boot area and sell it for a more affordable price in the guise of the Discovery.

If you wanted something which wasn’t either a 4×4 or van-derived though, it was harder to find and one of the pioneers in this regard was Fiat with its clever Multipla which launched back in 1955 and by moving the front seats right to the nose and sticking the engine in the rear managed to create a three-row six-seater. 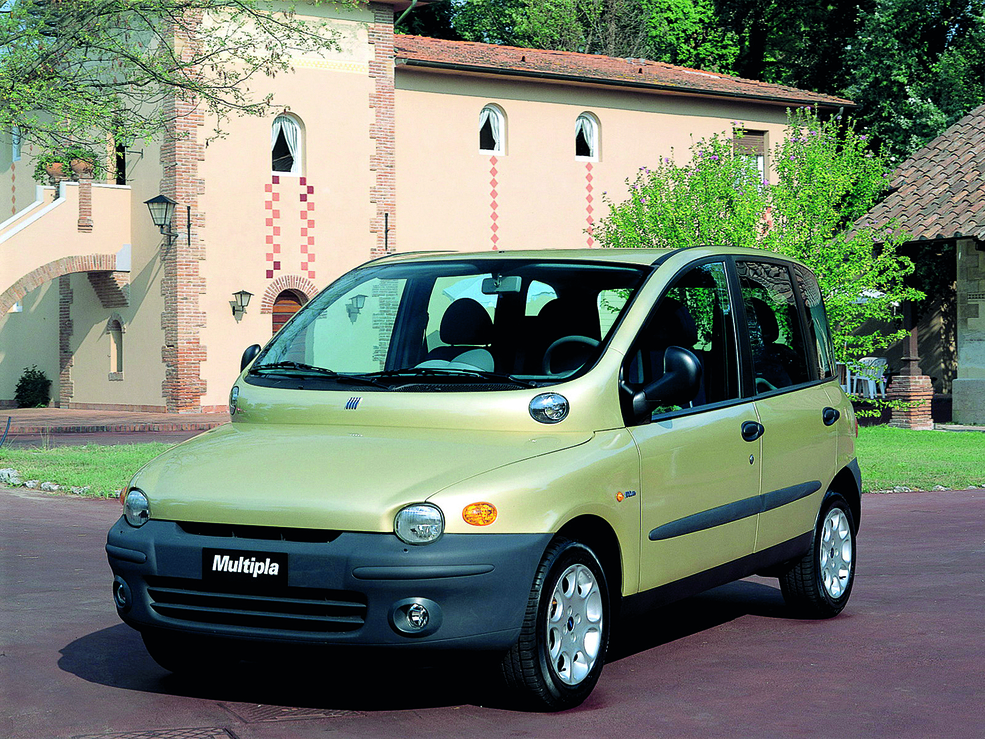 The name Multipla would be destined to make a return much later on but outside Italy the clever little Fiat wasn’t a very common sight. The basic concept would reappear in the late ’70s though as the car which would eventually become the Renault Espace.

Inspired by the popularity of the minivan in the USA during the ’70s, the prototype was created with an eye to production by Peugeot, but when PSA showed little interest, Matra took the idea across Paris to Renault.

Rather conveniently, Renault had started work on a ‘grand tourer’ with flexible interior space and had already constructed its own prototypes. By 1982, the two firms had entered a formal collaboration, with Renault handing product definition, interior and exterior design, powertrain and marketing while Matra covered vehicle development and production.

The rest is history, with the Espace now in its fifth generation and produced by Matra on behalf of Renault until 2003 when the third generation was taken in house. 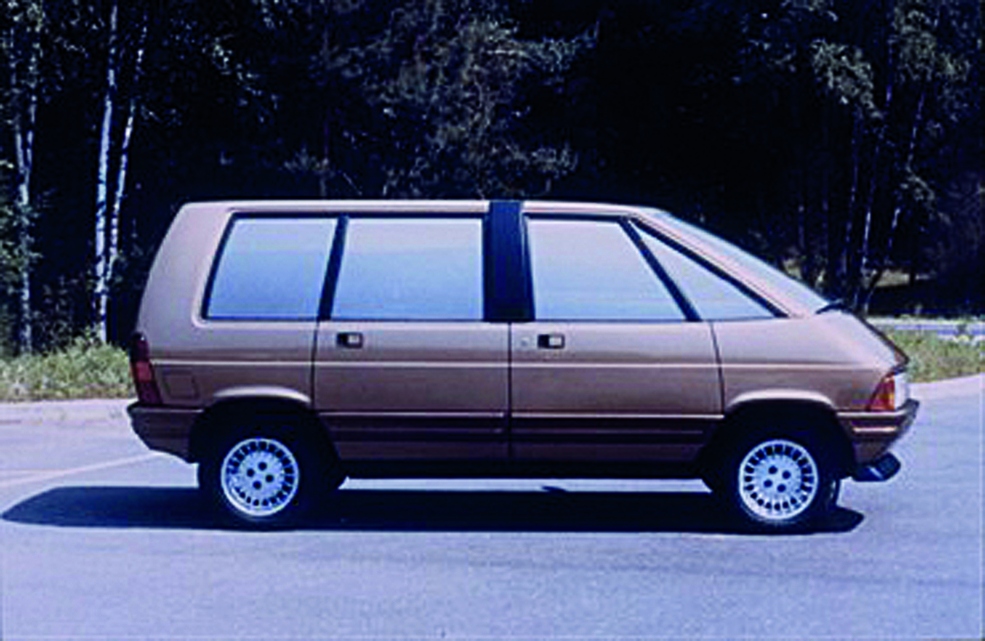 As history has shown, before long every major European brand had an Espace-type vehicle, from Picasso to Sharan, although few were as innovative as the original.

The Espace was constructed in a novel way more like an exotic supercar than a family people carrier: a steel base frame was used, to which non-structural plastic outer panels were attached. Rather like a modern-day Rover P6, this allowed flexibility in design and it was first used in Matra’s other trendsetting design: the Rancho.

The success of the Espace meant most of the European makers soon had a seven-seat MPV in their range, some more successful  than others. It also meant that for the first time, buyers wanting a seven-seater didn’t need to buy a 4×4 like the Discovery or Shogun with all the attendant image problems and running costs. 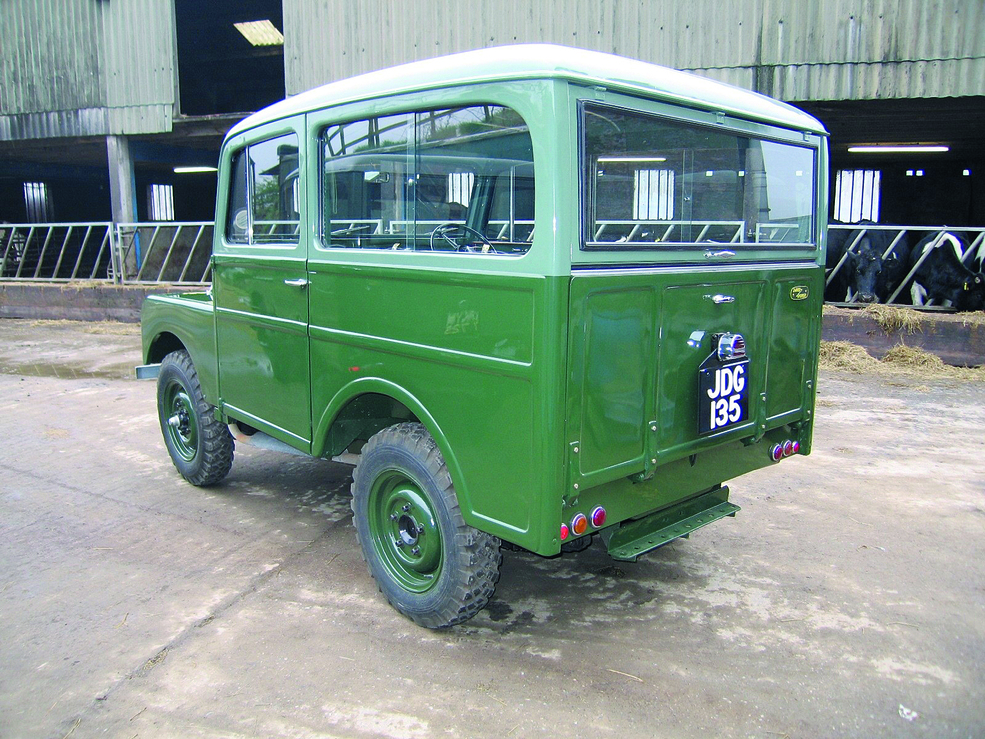 A Ford/VW joint venture called AutoEuropa later produced the Volkswagen Sharan and its badge-engineered cousins the Ford Galaxy and Seat Alhambra in a Portuguese plant from 1995, while from 1994 rivals PSA and Fiat produced the Peugeot 806, Citroën Synergie and Fiat Ulysse, also known as the Lancia Zeta.

Slowly but surely a revolution was taking place which would see seven-seaters becoming as common on the school run as small hatchbacks when the concept was extended downwards with even Vauxhall managing to squeeze three rows into its Zafira, while VW managed a Golf-based seven seater in the Touran.

It was only Fiat and Honda though which thought laterally and saw a market for a vehicle which was neither a five or seven-seater but a six seater. Fiat duly dusted off the Multipla name and by adding three-abreast front seats managed to create accommodation for six, spoiling things only with the curious Dolhpin-like styling of the car. Honda meanwhile pulled off a similar trick with its FRV in 2004 which thanks to more conventional styling was a bigger success. Neither of these models was replaced though, the market clearly considering that seven seats is the way to go. 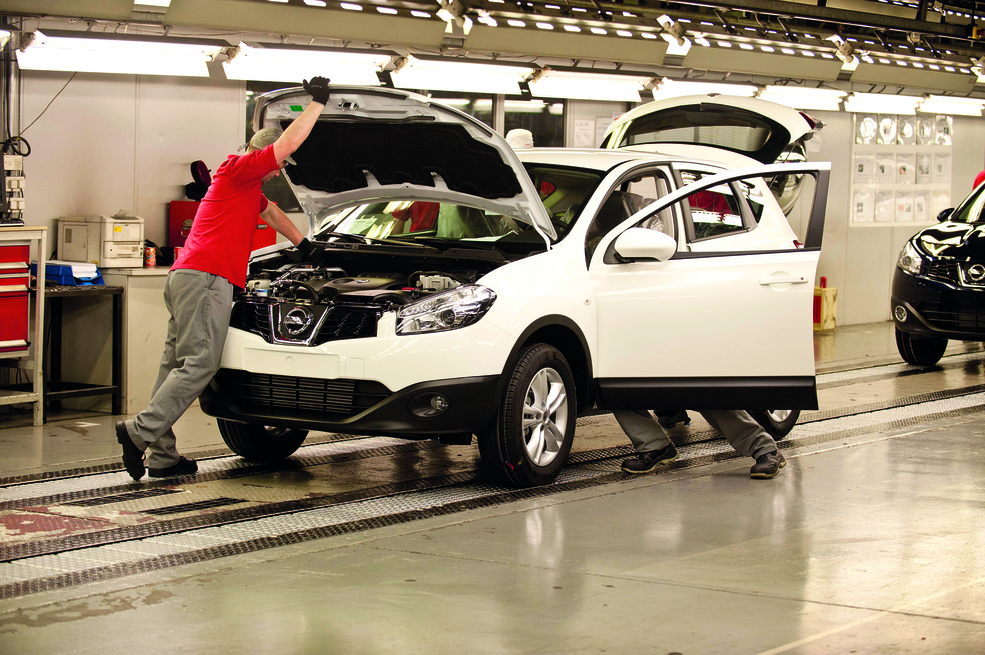 So where did that leave the seven-seat 4x4s? With a serious dent in their market, as it turned out and it’s here that the concept which produced the Rancho resurfaced in the form of the crossover. Essentially a 4×4 without the aggressive appearance or ultimate off-road ability, the modern iteration of the genre is characterised by the Nissan Qashqai which arrived in 2006 and was from the beginning a product of the firm’s UK plant in Sunderland.

The market today is flooded with similar ‘crossover’ designs from the present-day MG brand to the Range Rover Evoque and the name has now been used to denote an entire new niche, as epitomised by a comment from a friend who works in corporate sales for one of the Japanese brands: when he turned up in as chunky high-riding new model one day, it turned out to be front-wheel drive only. “It’s our Rancho…” he admitted after a solid 10 minutes of abuse from another Land Rover-owning friend.