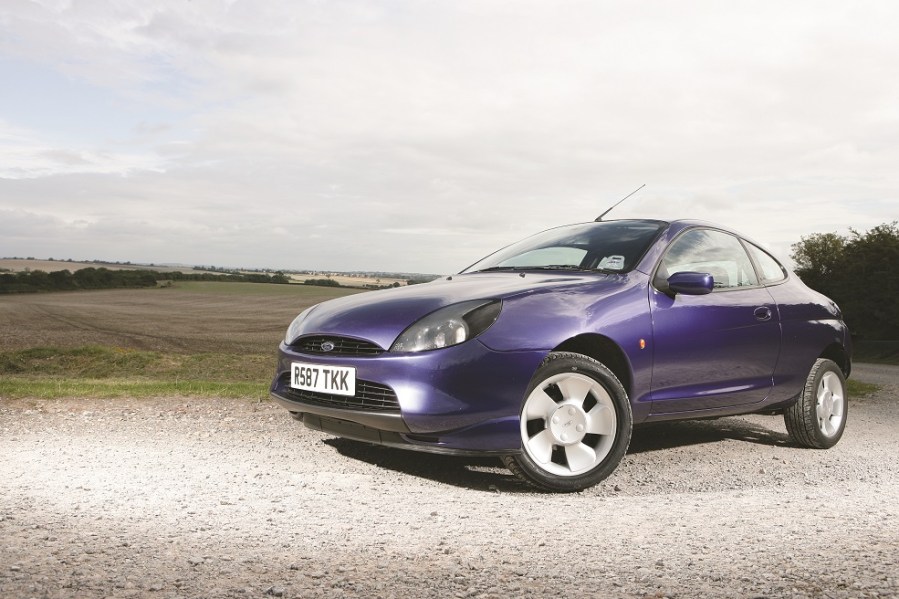 Agile, rev-happy and stylish, the Ford Puma is a very cool cat. Track a good one down and you’ll soon discover it’s got plenty of bite. Here’s what you need to know before buying one.

For a car that played a major role in injecting an element of performance back into Ford’s range, the Puma has unjustifiably been ignored for a number of years.

Being seen as little more than a rival to the Vauxhall Tigra and a Fiesta in drag by many, the attractive, three-door coupé has hit rock bottom as it’s grown older, firmly finding its way into banger territory.

But while the Puma has never been so affordable, it’s just about to turn a corner. With those in the know remembering how well it drives and the fact that you can buy a decent example for the right side of £1,000, interest in survivors is certainly on the up.

But there’s the buzzword – survivors. As values have dwindled, so too have the amount of Pumas left on the roads, the cost of repairing a tired one often outweighing the car’s value.

Couple the fact with the Puma’s penchant for rust and it’s no easy task finding a fine one. It might be relatively young, but ask yourself, when did you last see one?

It’s certainly worth putting in the legwork to unearth one of the better examples, though. With a drive that is superior to many well respected, more expensive sports cars and it fast becoming recognised as a significant model in Ford’s more recent history, the Puma has all the hallmarks of a modern classic. 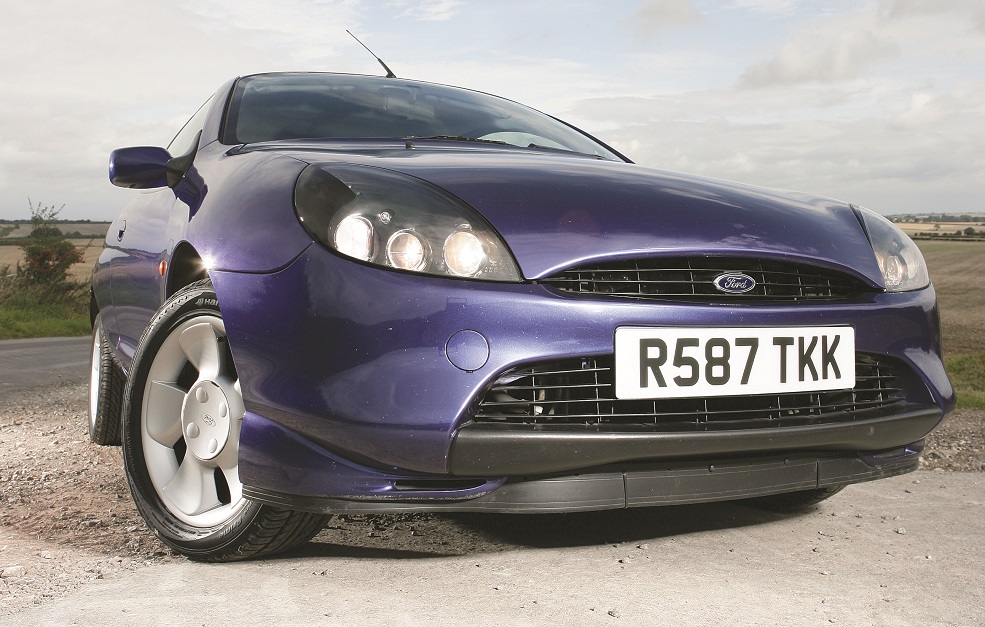 ‘A driver’s dream’ was how Ford introduced the Puma in 1997, backing its bold claim with a television advertisement inspired by the cult classic film, Bullitt.

It wasn’t a hollow promise either, the Puma being one of the best driving cars that Ford had ever produced. The achievement was even more remarkable in that Ford evolved the Puma from a scamp to a finished concept in only 135 days and beneath its sleek body shell was the same platform as the Fiesta.

Keen to get the most from its investment in the Fiesta, Ford used its underpinnings for the Puma, albeit with some choice changes to optimise its driving dynamics. In fact, Ford claimed that its Special Vehicle Engineering (SVE) division tweaked every single component of the platform, including the additions of a thicker anti-roll bar, plus stiffer spring rates and rear suspension twist beam.

Exclusive to the Puma though, and which went some way to exploring the potential of the chassis, was an enlarged, 1,679cc version of the Fiesta’s willing, Yamaha-developed Zetec-SE engine. With forged steel con-rods and crankshaft, plus Variable Camshaft Timing (VCT), it happily revved all the way to the redline.

Only a few months after the Puma’s September 1997 launch, the Puma range was expanded with the addition of the 1.4-litre, 88 bhp version. Considerably cheaper than the original 1.7-litre model, it appealed to those who wanted the Puma for its looks, rather than its pace. Truth be told, it left the Puma a little underpowered, Ford soon acknowledging the fact by replacing it with a 1.6-litre Zetec-SE in 2000. Running changes also included a lower driving seat position and revised instrumentation, which were introduced in 1999.

From launch it sold incredibly well, with a six-month waiting list ensuing and Ford having to up production to meet demand. A trio of well-equipped limited edition versions – Black, Millennium and Thunder – added to the Puma’s appeal and it continued to be popular right up until it was dropped from Ford’s range in 2002. Arguably, the Puma’s demise was premature, but with the Fiesta on which it was based making way for a new generation version, it was inevitable that the axe would have also have to fall on what was undoubtedly one of the best modern Fords ever produced. 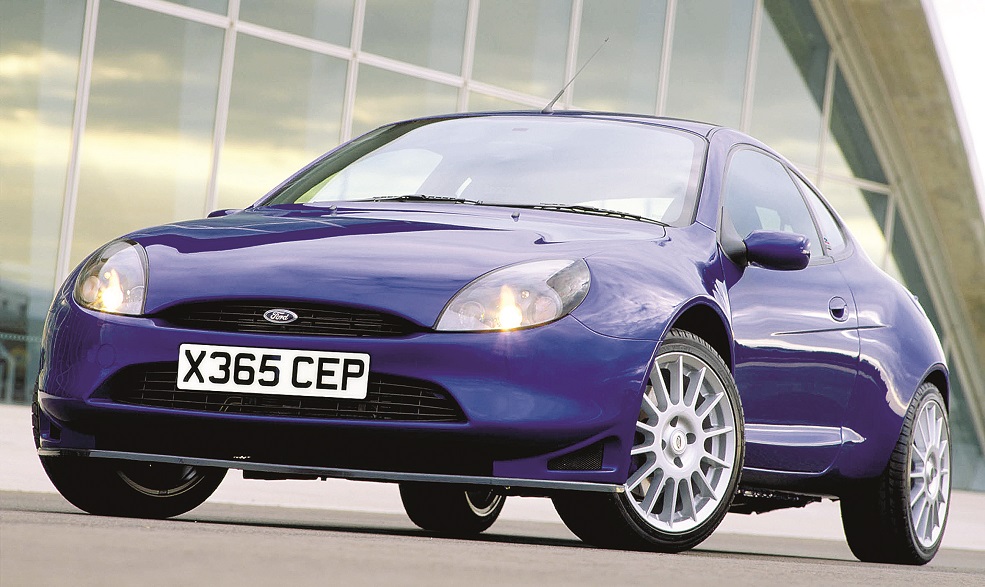 The Puma has done very little to dispel the myth that Fords are rotboxes, with rust being by far the biggest killer of the stylish coupé. The sills and the rear arches are particularly prone to rust, the latter not helped by the often poor fit of the wheelarch liners, but the floorpan can also be harbouring terminal rot. The floorpan will need checking from front to back, but the most likely rust spots are behind the front wheels and the boot.

Less serious, although unsightly, rust can occur around the fuel filler cap, base of the exterior mirrors, door edges and hinges, boot seams and underneath the weather strips on the doors’ windows.

Repairing the rear arches can be difficult. Whilst complete sills can be bought, rear wheel arch repair sections are scarce. Some individuals are starting to make up replacement panels, but usually it requires some imaginative fabrication by a bodyshop to put it right. Some owners have had success with adapting panels from other cars to fit, the front arch sections from Peugeot 206 front wings being a popular option. 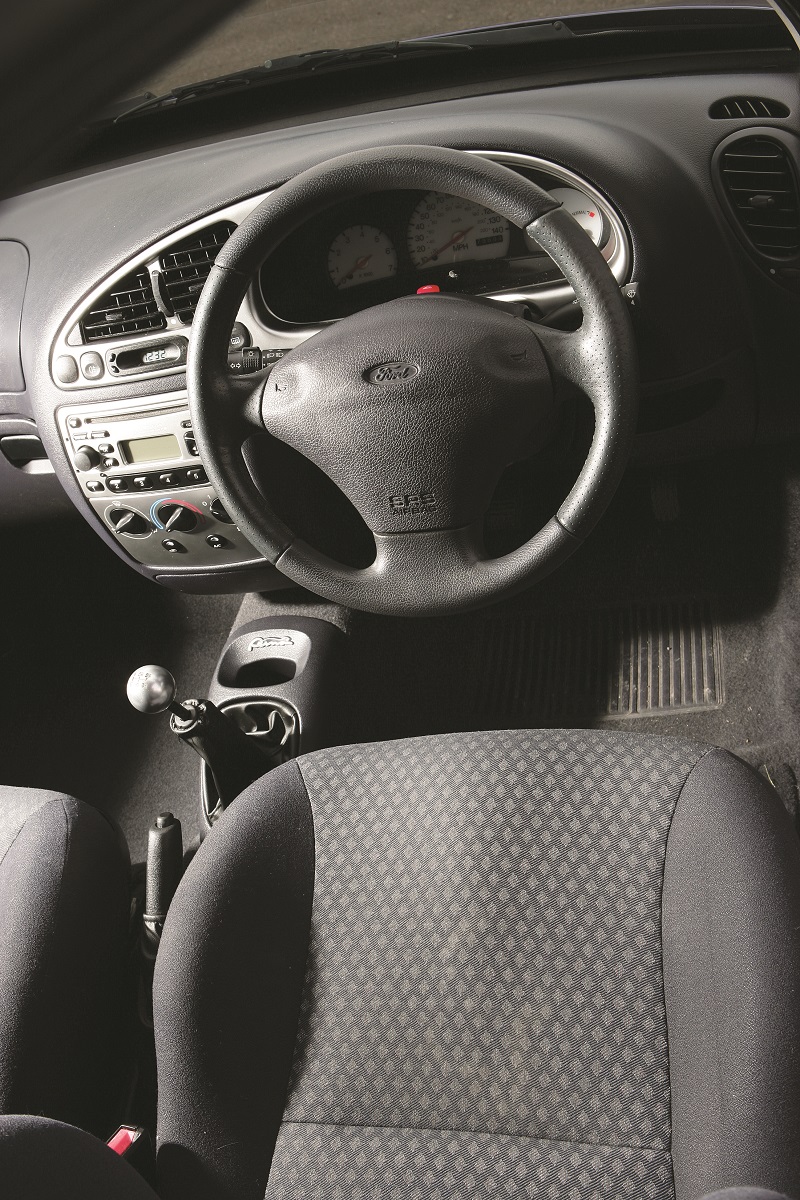 The Puma’s not the easiest to get in and out of, the result being that its seats and plastics are often scuffed or snagged. However, they can be replaced easily enough with good used items, the only exception being the desirable Recaros of the Millennium and Thunder limited edition models. On the subject of seats, ensure the electric adjustment fitted to the driver’s seat of 1998 and earlier cars is operational.

Collapsed parcel shelves and a wet passenger footwell carpet are common, the latter caused by water leaking through the bulkhead or a blocked outlet pipe for the air conditioning.

Also check the faux leather finish of the steering wheel for bubbling and that the heater works. If it only works on one setting then the resistor pack has burnt out, but if there’s only full heat or no heat, then it’s the common issue of a faulty heater control valve. 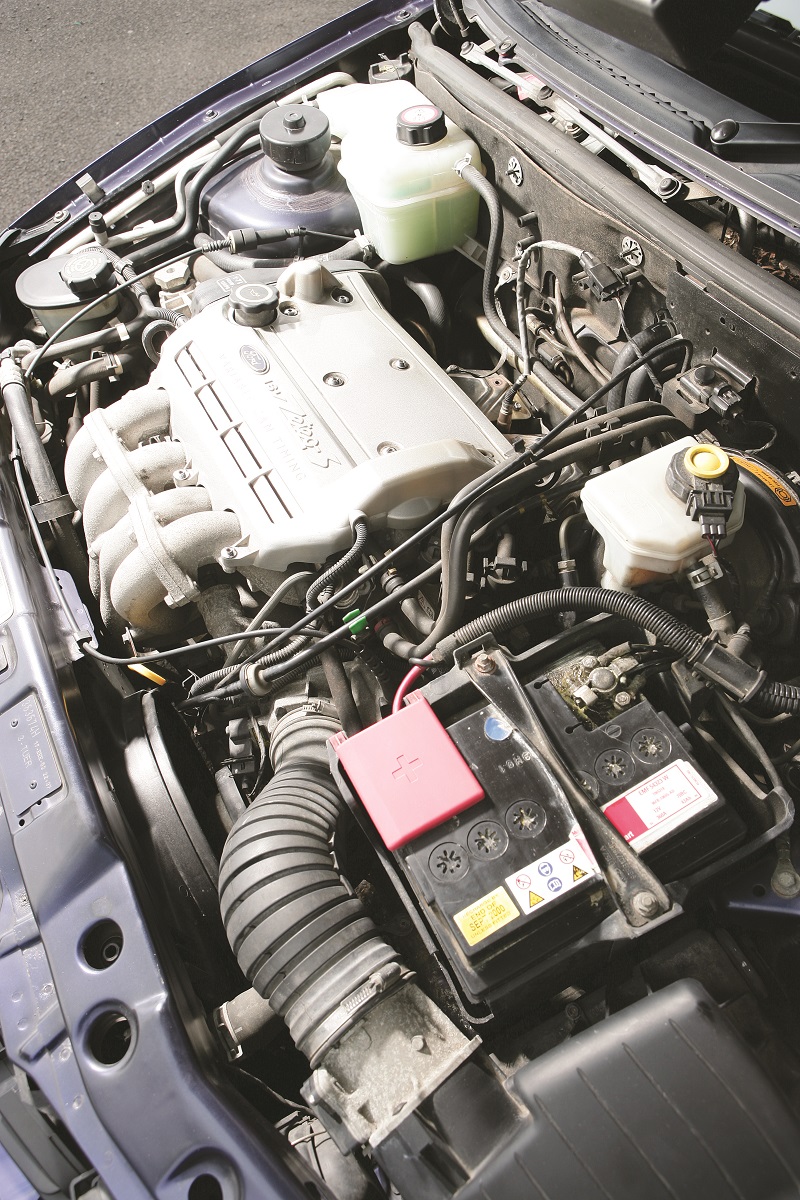 The normal Puma came with a choice of 1.4-, 1.6- and 1.7-litre VCT Zetec-SE 16-valve engines. Of those, it’s the 1.7-litre version that is the most common, the larger engine being available from launch and the most suited to the Puma’s excellent chassis.

All are reliable units, but if you’re considering the more available 1.7, there’s a few possible issues to be aware. Higher mileage examples have been known to suffer from premature cylinder wear, while running low on oil has also claimed a good number of engines. Talking of oil, as well as ensuring the level is always lingering near the maximum it’s essential to use the correct 5w 30w grade.

Coolant around the spark plugs points to the common problem of blown core plugs, while oil in the same area is a symptom of a perished rocker cover gasket. Rough running is often down to the prone-to-failure exhaust oxygen and lambda sensors.

Cambelt changes need to be undertaken at 80,000 miles or five years and listen for any rattling from the fragile tensioner. Ideally, look for evidence that any changes have been carried out by a professional, as getting the camshaft timing even slightly wrong can damage the variable valve timing unit.

Matched to all engines is the IB5 gearbox. Although a development of a pretty mundane transmission, the IB5 is a delight to use with a shift that is precise and pleasantly notchy. It’s more than adequate of handling the power of the Zetec-SE – especially as the 1.7-litre has an electronic torque limiter – but if it is heavily worn then a sure sign is rumbling that increases with speed, the noise emitting from collapsed bearings. If there’s a reluctance to shift gears cleanly, then expect the clutch assembly to be at fault, especially on high mileage cars, or the linkage to be damaged. 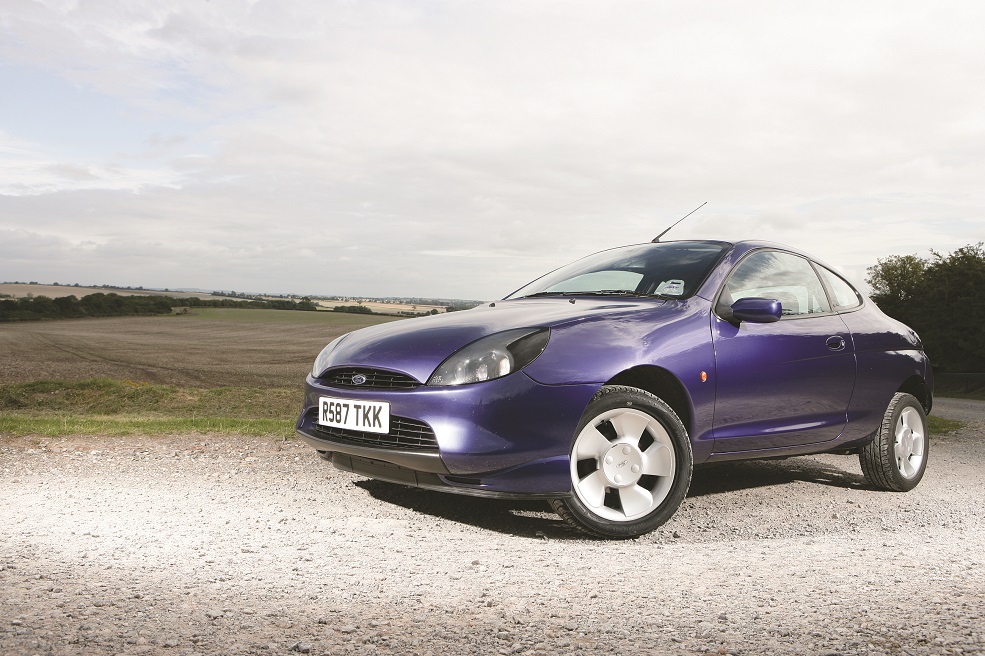 It might all be Fiesta-based, but the simple braking system of front discs and rear drums is more than capable of slowing the Puma. The discs usually last circa 30,000 miles, although spirited driving can see them require replacement a lot sooner and also give rise to warping. The rear drums are known to generate a squealing noise, but replacing braking components is generally cheap and easy. As an example, a quality rear brake kit for a 1.7-litre version, which consists of drums and shoes, can be bought for under £120. The ABS is reliable and if the warning light is illuminated, then the usual cause is a failed or dirty sensor. Cars built between March-September 1998 should have had recall work on the master cylinder – affected cars having VIN numbers showing WS, WT, WJ, WU, WM, WP, WB – while a number of cars were also recalled over the possibility of the brake hoses chaffing on the rear beam.

Despite its lowly origins the Puma was famed for its agile handling. Arguably, it was the  car’s best aspect and, if it’s driving as Ford intended, it will combine pin-sharp steering response with a sporty yet compliant ride. If it feels vague or skittish on the road, then the most likely cause is perished bushes, notably in the top mounts, anti-roll bar link arms and the rear beam. A noise over bumps is an indication that all is not well with the front suspension’s bushes, while an unforgiving ride and any wallowing are signs that the dampers require replacement. All of these faults not only ruin the handling but can also be MOT failures. Be wary of a car with heavily kerbed wheels as it’s not hard to knock out the Puma’s precise alignment. The most obvious giveaway that this has happened is uneven tyre wear. 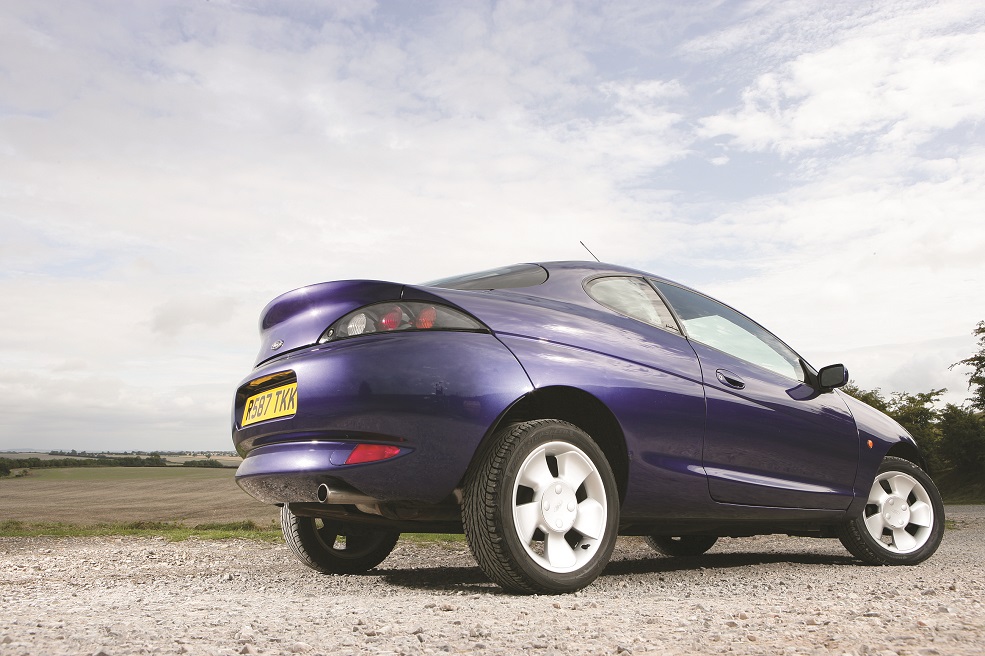 Now’s the time to buy a Puma as it will never be cheaper. Roadworthy cars can be bought for as little £500, with good examples generally fetching between £1,000 and £1,500. Expect to pay £2,000-£2,500 for the very best non-Racing Pumas. Limited edition models, such as the Thunder and Millennium, are more desirable and the 1.7 VCT engine is the engine to have. However, the best advice is to buy on condition rather than specification or age.