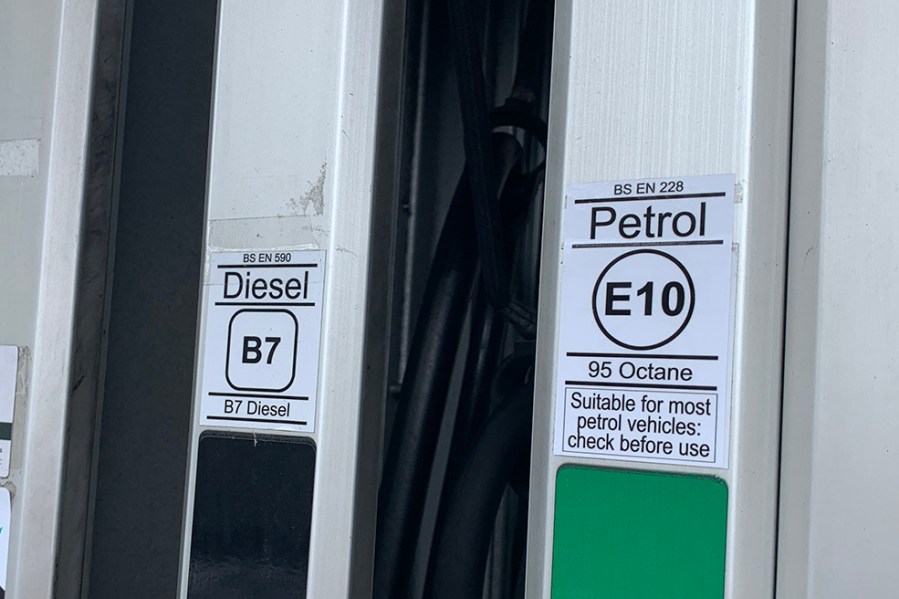 E10 fuel is now the default petrol at the pumps. Here’s everything you need to know about this higher-ethanol fuel

Arriving in 2021 in a flurry of news, controversy and debate, E10 fuel has become the standard form of petrol available on UK forecourts. The previous standard, E5, has now been superseded and is only available in the form of more expensive premium-grade fuels.

As its name suggests, E10 petrol contains up to 10 per cent ethanol, twice the proportion of the E5 grade which has been the standard for the last decade. The issue of ethanol in fuel has long been a hot potato in the classic car world but at the lower concentration of the E5, fuel has proved not to be a problem in practice. However, the E10 grade has people worried about its effects on older cars.

There are two big issues with ethanol fuels and older cars. The first is that ethanol can have a corrosive effect on metal, plastic and rubber parts in the fuel system. The results of this can range from inconvenient, like sticking carburettor floats, to dangerous, such as when fuel lines perish.

Crucially, not all vehicles will have problems and rather like the introduction of unleaded fuel back in the ’80s, some will be perfectly happy on the new fuel and some will need modification.

The second issue with the E10 fuel and something which is more of a problem for classic cars than everyday modern vehicles is that the ethanol is hygroscopic, meaning it tends to absorb water. Clearly the longer a car is left standing idle, the bigger an issue this will be, with any moisture in the fuel only adding to potential issues.

Meanwhile, there are suggestions that some two-stroke engines – from motorcycles to old Saabs and chainsaws – are also ill-suited to the higher ethanol content found in the new fuel.

In theory the use of E10 petrol is an environmental move, intended to reduce the fossil fuel component of vehicle fuels and therefore combat climate change.

Rather than emissions or air quality, the goal is reduced CO2 emissions and it’s thought that by doubling the proportion of the renewable component in the fuel (the ethanol) a 750,000-tonne reduction in CO2 is achieved – the equivalent of taking 350,00 cars off the road.

It’s not all good though. The fuel is slightly less energy dense, meaning an economy reduction of up to 1%, but what’s not widely known is that since 2016 new cars have been certified for emissions and performance using E10 fuel.

What can classic owners do about E10?

Owners of modern classics can use the government’s online checker tool which uses information supplied by car makers as to the suitability of the fuel system. Information is patchy but has improved since the online check was first offered and for many brands the system will go as far back as the early 90s.

More modern future classics also escape the issue, since all new cars have been capable of using E10 fuels since 2011.

Clearly though, this doesn’t help owners of older cars, so what options do owners of traditional classics have? Well the good news is that the technology exists to upgrade the fuel systems to cope with the new fuel.

In truth, it’s good practice to renew ancient fuel lines as a precaution in any case. Modern fuel hose sold by a reputable supplier is rated for use with E10 (see Modifying for E10 below). 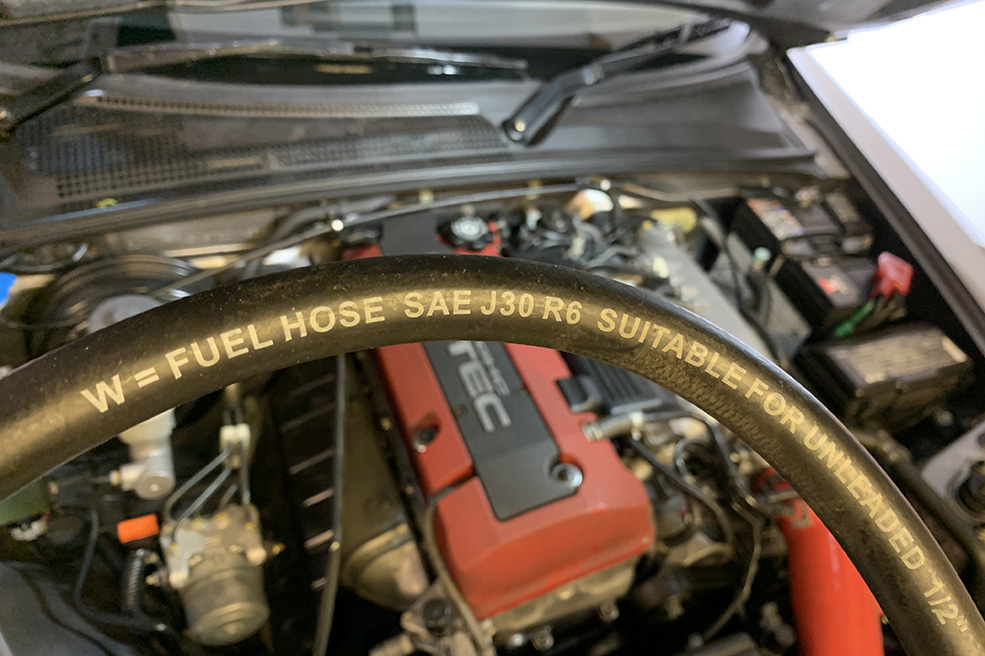 The commonly used SAE standard for fuel hose follows the J30/Rx rating, with the current J30/R9 being the accepted choice for modern fuels and rated at 100psi. The higher ‘R’ rating doesn‘t necessarily mean the hose is any better for ethanol fuels, though.

However, this may not be necessary for some owners, since the regulations require larger forecourts selling two grades of petrol to continue selling E5 fuel.

We’ll be keeping a close eye on further developments, but in the meantime the options for drivers of older cars are clear: if your car isn’t covered by the DfT online checker or is deemed unsuitable for E10, then you can either use the more expensive Super Unleaded or can update the fuel system and use a fuel stabiliser additive when the car is left for long periods.

If you plan to modify your car to suit E10, it pays to proceed with caution. Sadly, some of the parts available for the job could be sub-standard and potentially cause more problems than they solve. Perhaps the most worrying of these are fuel hoses purporting to be ethanol-safe, but actually not being up to standard.

It’s always been good practice to ensure your fuel system is in good condition and renew ancient fuel lines to prevent an impromptu barbecue. However, the rollout of E10 and the potential increase in its corrosive effects make this more urgent.

In addition to running issues caused by the mixture-leaning effect of E10, information issued by the Federation of British Historic Vehicle Clubs (FBHVC) explains that the increased acidity, conductivity and inorganic chloride content of ethanol in E10 can cause corrosion and tarnishing of metal components. But while this can be controlled effectively by corrosion inhibitor additives, the same cannot yet be said for its compatibility with elastomers such as seals, flexible pipes and other unsuitable gasket materials. 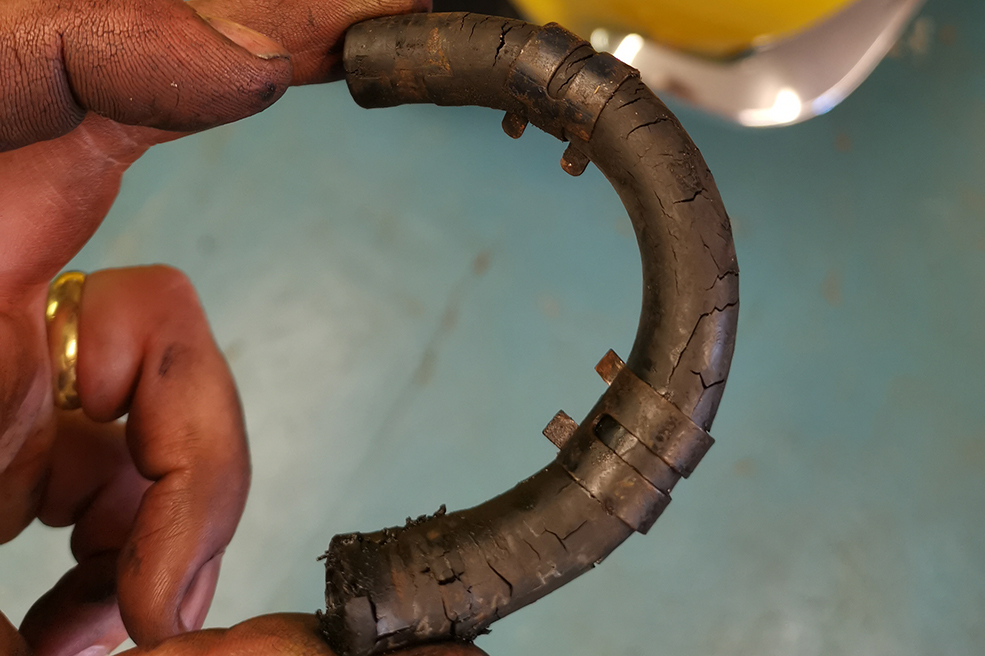 Ethanol molecules are smaller and more polar than conventional petrol components, meaning there is a lower energy barrier for them to diffuse into elastomer materials. These materials will swell and soften, weakening the elastomer structure, and on drying out they can shrink and crack resulting in fuel leaks.

As yet, the FBHVC is not aware of, or has tested, any additives that claim complete fuel system protection with respect to elastomer and gasket materials when E10 is used. While there hasn’t been an endemic of failures in other territories where E10 is already established, the FHBVC sensibly recommends that such materials are replaced with ethanol compatible materials before using E10.

The good news there is that uprated parts are available. For example, Burlen Fuel Systems has worked with knowledgeable suppliers over the last 15 years to introduce upgraded rubber with Viton content for parts like carb needle valve tips, diaphragms and jet seals, along with cellular foam carb floats and upgraded needle material. It also buys all its fuel hose from Goodrich as it knows it has been properly tested.

In March 2022 a survey by Heritage Classic Car Insurance suggested that up to two-thirds of older car owners have had difficulty buying E5 – now considered ‘super’ grade. The problem is said to particularly affect motorists who live away from major towns.

The survey of 41 classic car owners asked them about their experiences. In the results, 66% reported they’d had difficulties finding E5 fuel since E10 was introduced last September, as Heritage Classic Car Insurance explains: “While the survey may be small, it could be indicative of a wider problem across the UK; being able to access E5 fuel is a big deal for those who drive classic cars, as E10 fuel is not compatible with most cars produced before 2002.”

According to the government website, E5 “will remain available at filling stations that sell two grades of petrol”. As for the long-term future, the Petrol Retailers Association states that “E5 will still be available in five years’ time”, though its availability will be reviewed at that point.

Sadly, not all suppliers are as diligent, especially when it comes to fuel hoses.

The commonly used SAE standard follows the J30/Rx rating, with the current J30/R9 being the accepted choice for modern fuels. It can handle 100psi as opposed to the 50psi of the R6 grade commonly used on carb-fed cars in the 1980s and 1990s. R9 has a much stronger barrier against ethanol, with 15g/m²/day permittivity as opposed to the 600g/m²/day R6. In other words, less than 3 per cent of the permittivity of the older stuff.

The higher ‘R’ rating does not necessarily mean the hose is any better for ethanol fuels: R10, for instance, is for submerged hoses but doesn’t like under-bonnet heat, and R14 is for lower-pressure applications than R9.

It all sounds straightforward: replace all your existing hoses with R9 and be done with it. But not all fuel hose is what it says it is, as Alan Baxter from Nuneaton specialist Volksbolts explained to Classics World. 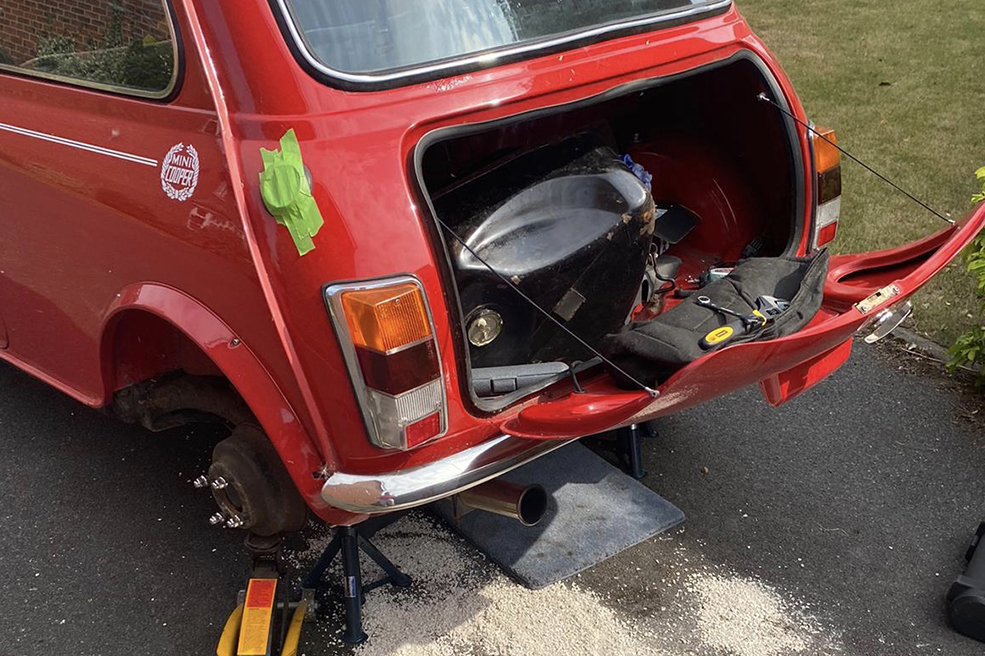 Some spurious R9 hose on the market has failed quickly, resulting in fuel leaks with serious possible consequences.

“There are certainly some spurious hose on the market of dubious origin. You hear rumours of stuff coming over that’s been remarked or just made with the cheapest materials they could find, and sold as conforming to the standard,” Alan said.

“Some Chinese-marked R9 hit the market a couple of years ago and it turned out it was R6 that had been washed and remarked, so when it was subject to testing it completely failed the R9 spec by quite some way.”

In fact, rather than 15g/m²/day permittivity, the hose in question was found to record 325g/m²/day and quickly started to crack.

Genuine R9 will usually comprise of an inner layer to carry the fuel, a reinforcing layer, and an outer. The inner will be a fluoro rubber designated by the terms FKM, FPM or the popular brand name, Viton. The reinforcement layer will be cotton or another textile, while the outer usually made up of an eco-type rubber. Non-genuine stuff is unlikely to be of this construction and has been known to crack and perish within six to nine months.

If you find cheap R9, it’s probably cheap for a reason. Volksbolts supplies Danish-made Codan or German-sourced Cohline R9 hose, which begins at around £13 per metre for 5.6mm diameter hose, and up to around £20 for the bigger sizes. The firm has been using Codan for more than 20 years and has supplied thousands of customers. 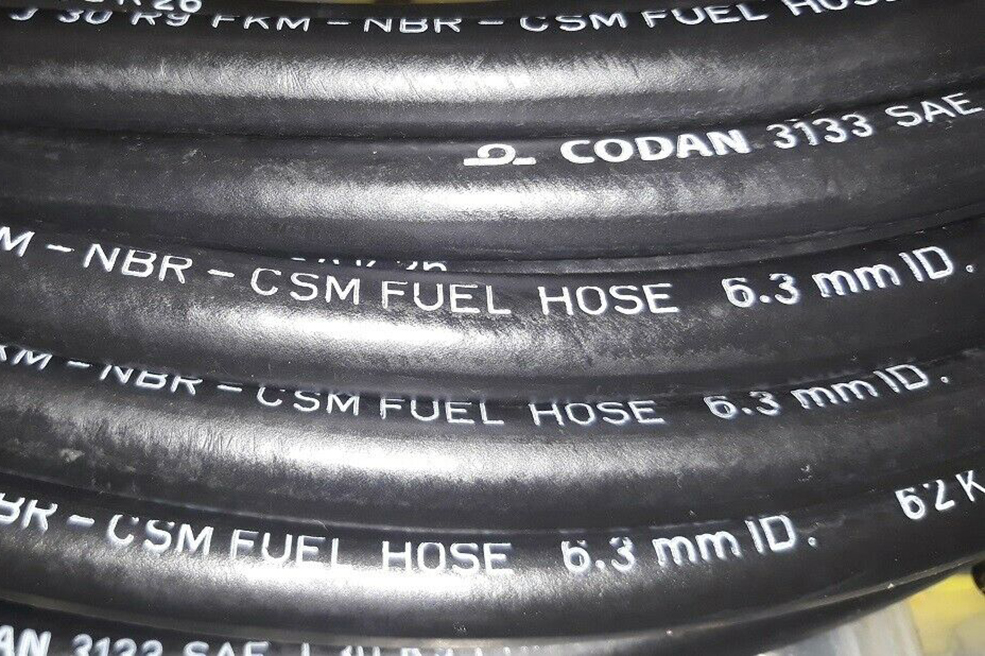 As well as being more expensive, proper hose is likely to be branded. “I’ve always told people to avoid unbranded hoses,” said Alan. “If a company’s making a good product, they’ll generally put their name down the side of it. Reputable companies such as Gates, Goodrich, Codan and Goodyear all brand their original goods.”

The brand name still isn’t a foolproof guarantee though, with counterfeiting also an issue. “If it’s got a good reputation and people think they can make a few quid out of copying it, generally they do,” adds Alan.

Regardless of whether or not you plan to run E10, if you’re not sure about your hoses, get good quality new ones fitted that can cope with modern fuels, and inspect them regularly. No one wants to see their pride and joy up in flames.