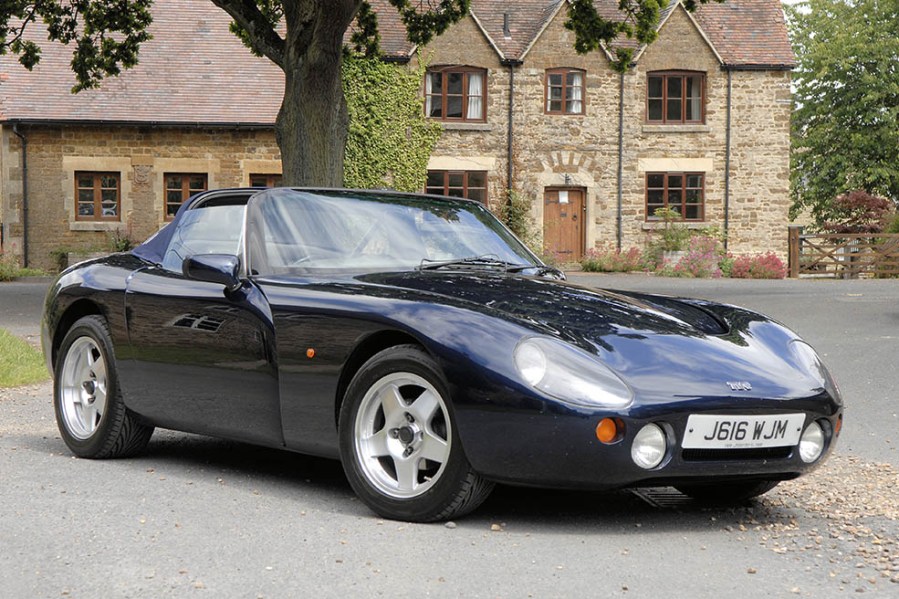 TVR is known for its left-field fiberglass sports cars, a recipe which reached its peak in the late 90s and early noughties. Here are our favourite modern-classic TVRs

Although almost mechanically identical to the Chimaera, the Griffith used the same principle of fibreglass plus a Rover V8. Power sat at around 240bhp for the just-over-a-tonne Griffith, giving a healthy power-to-weight ratio.

Today it represents a throwback to a different era when power was brought in through bigger displacement, rather than the introduction of forced induction. Today, a naturally aspirated 4.0-litre V8 is reserved for only the biggest of production cars, think Ferrari. While some wince at the idea of owning a TVR, truth be told, with the right servicing and a mechanical sympathy, TVRs can be trouble free, or at least no more troublesome than any other performance car. It offers brilliant performance and handling and still garners enough of the right attention from members of the public.

The 500 offered further performance still, with TVR fettling with the 4.0-litre V8 from Rover enlarging it to 5.0-litres in displacement. This boosted power to 340bhp, making it enough to keep up with the supercars of its day. 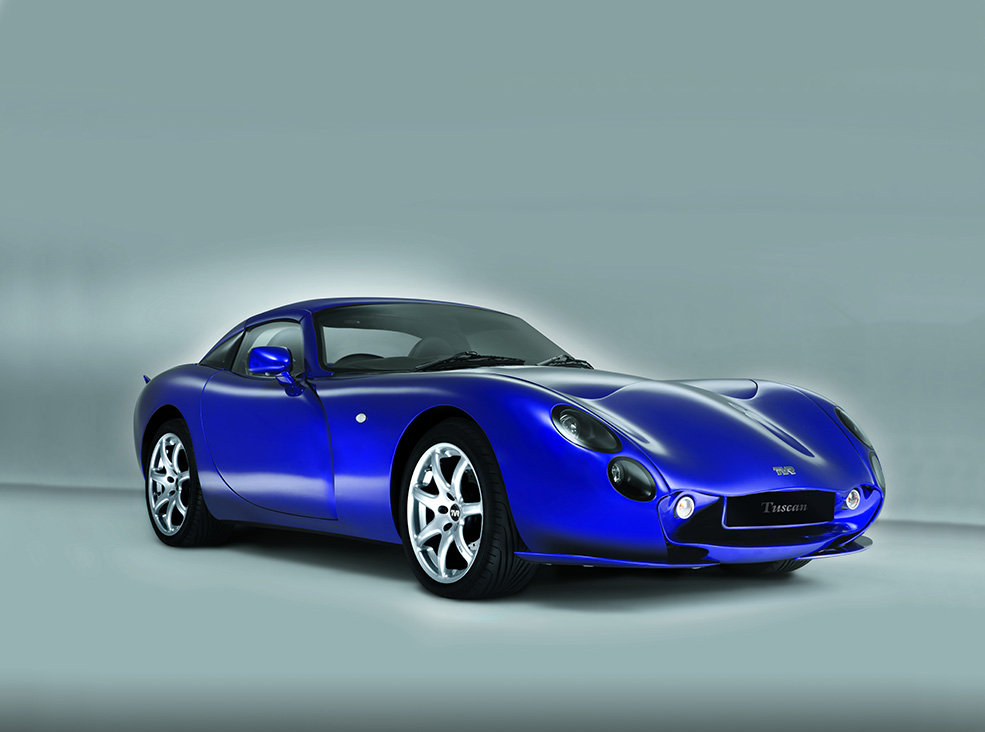 First things first, the Tuscan has no door handles. Apparently there (or not there) to not hinder the cars sculpture, to keep the body’s lines clean and as good looking as they possible could be. To some it’s cool, to others it’s questionable. Instead of handles, there’s a button underneath the door mirrors which operates the door.

No V8 here with the Tuscan, instead it’s a six-cylinder engine which is apparently half of the V12 featured in the Cerbera. The engine itself, like the big-12 is shared from BMW, but unlike a BMW, which focusses on refinement, the Tuscan is raw and loud.

It also came in so many different power formats that it’s impossible to list here. In fact, there are roughly 10 different variants of the engine, varying from 3.6-litres in displacement to 4.2-litres in T440R form (440bhp). Like with the rest of the TVR range, it features a fibreglass body to keep the weight down, which means the power-to-weight ratio speaks volumes about the cars true performance, which hits 60mph from standstill in four seconds and onto a reported 185mph top speed. 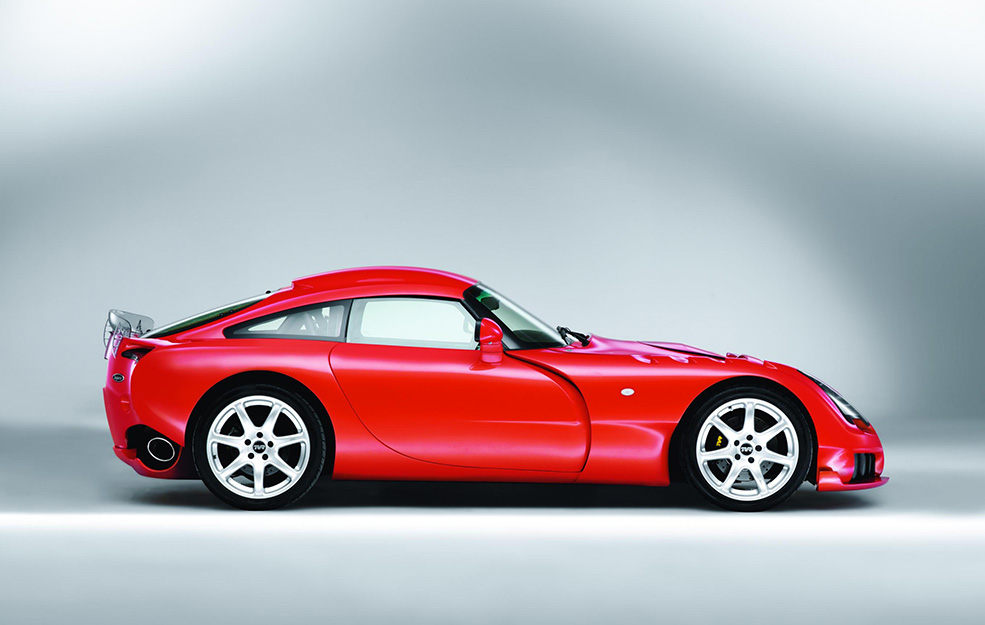 Arguably one of the most breathtaking TVRs built and certainly one of the most outrageous designs has to be the Sagaris. Bulges, air-vents, sharp edges and curves result in a cacophony of aggression and beauty.

The lunacy continues at the rear with a see-through spoiler and rear-side exit exhausts; it’s a car that just screams performance and demands constant attention. Everything about the Sagaris is geared towards aggression and performance; even the namesake, which is the Greek name of a lightweight battle axe use by the Scynthians to penetrate the enemies armour.

Performance comes from a similar straight-six engine found in the Tuscan, this time producing 406bhp. Again, the body is fibreglass, and again th performance is brilliant. At a time when engine downsizing and lunacy was being honed back, TVR stood up and brought a car to the market that quite literally stuck two fingers up at the competition.

A similar proposition to the Griffith but more modern and attainable, the Chimaera uses similar Rover V8 power and gets a folding soft-top.

Power ranges from 240hp in early 4.0-litre cars, climbing to 340hp in bored-out 5.0-litre models. Performance is great whichever you chose, with 0-60mph sorted in just over five seconds in the 4.0-litre car.

Despite being pitched as a softer, more laid-back TVR experience, the Chimaera remains true to the firm’s roots – it’s unapologetically raw and offers very little by way of driver aids.

The Chimaera is the entry point to modern-classic TVR ownership today, with prices starting in the low-to-mid teens for a good example. 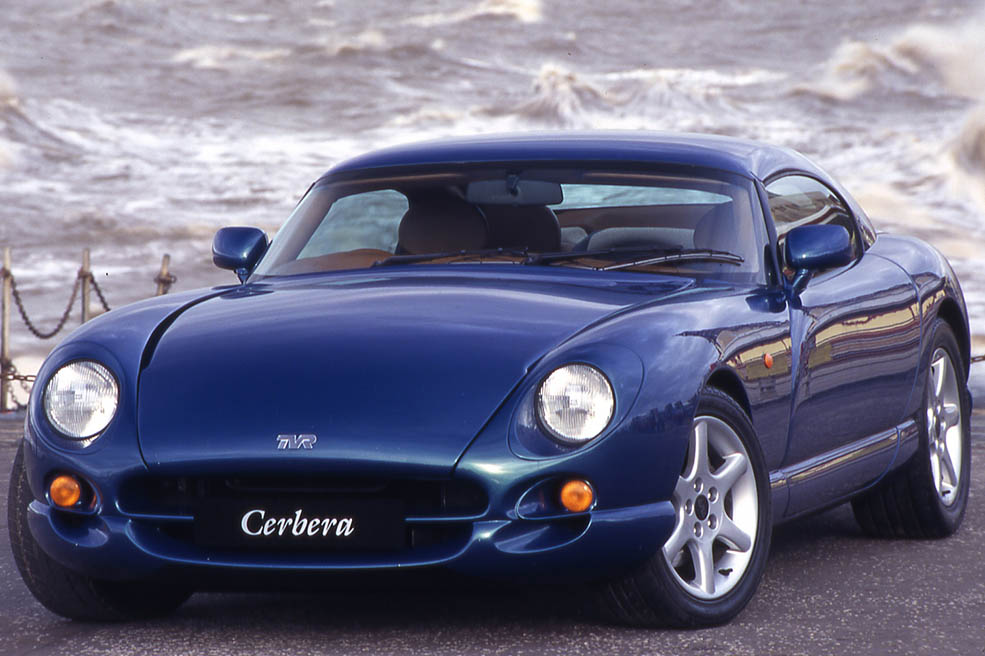 Blackpool’s answer to the Porsche 911, the Cerbera was produced for a decade in various forms and was powered exclusively by TVR-designed straight-six and V8 engines. It shares its chassis with the Chimaera above but comes with a more performance-orientated set-up and a fixed roof.

The Cerbera is the only car on this list to boast a 2+2 layout, and the only model to be offered with the Speed Eight AJP8 V8 engine, a bespoke unit with a flat-plane crank and huge power outputs. It was offered in 4.2-, 4.5- and 4.7-litre variants, alongside the 4.0-litre Speed Six straight-six which went on to power the firm’s cars through the early 2000s.

Values are strong today but still cheap for a car with such ballistic performance – undercutting a comparable Porsche 911 by a considerable margin.