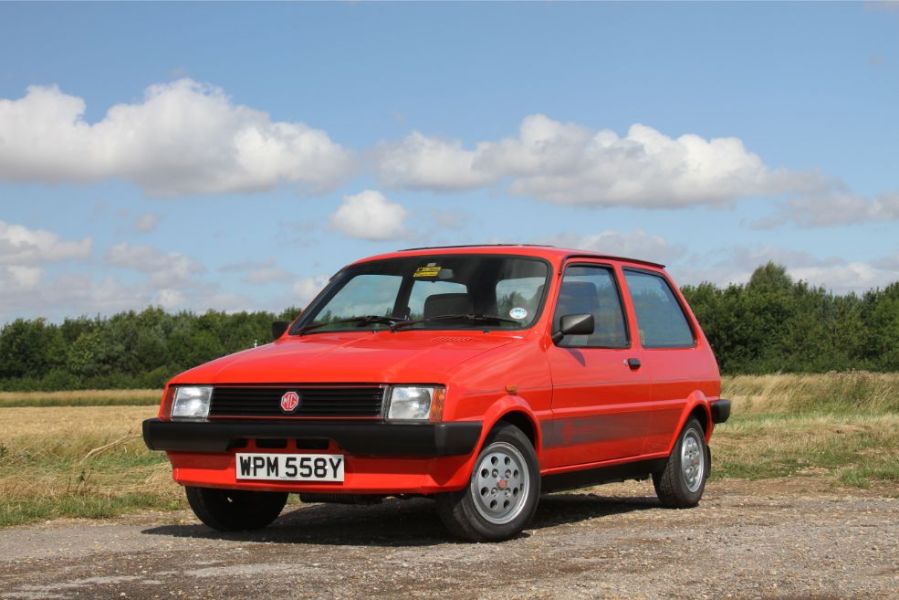 Often called the thinking man’s Mini, the MG Metro is a fast appreciating and endangered national treasure. Here’s what you need to know before buying one.

Destined to be outlived by the very car it was intended to replace, the Metro was once something of a laughing stock, especially among the diehard Mini fans. But ask yourself this: if you fancy a Mini for its giant-killing performance and handling but you just can’t live with its many compromises, then what about a car which offers all the fun of the Issigonis original but with a better driving position, much more interior space, a practical hatchback boot, a more comfortable ride… and a far cheaper entry price? That, in a nutshell is the Metro which – although Mini fans will hate me for saying it – took all the good bits of the original Mini and made them better.

Once a regular in the best seller charts, the Metro is one of those everyday cars which has suddenly dropped off the radar and even the extensively redesigned Rover Metro is now a rare sight in everyday use.

All of which means that the humble Metro has now regained a great deal of appeal if not as a better-driving alternative to the Mini but for its curiosity value alone. Its origins in the Mini have been both its salvation and its downfall as a classic – back in the day, an MoT-failed Metro was usually descended on within minutes by Mini owners and stripped of its running gear, but today it does at least mean that the legions of Mini parts suppliers can cater for the A-Series powertrain. As you’ll see, the rest of isn’t quite so easy. 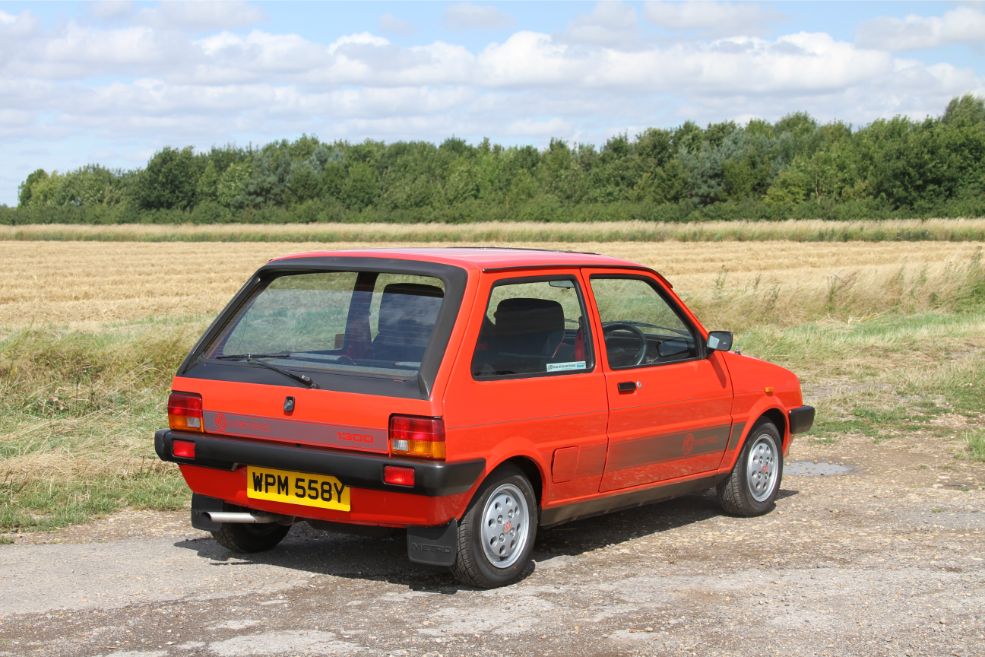 A British car to beat the world, said the press adverts for the Metro – or Austin miniMetro as it was first known – and indeed in some areas the car was ahead of the competition. It’s easy to deride the Metro for its carry-over Mini mechanical bits but in truth the Fiesta in 1980 – the benchmark for small cars – was relying on the old pushrod Kent engine which was decades old. The use of the A-Series motor was of course down to cost: BL was in a bit of a state at the time the Metro was developed and had tried several times already to build a successor to the Mini. In fact this was the era when BL chairman Michael Edwardes was walking a knife-edge between keeping the firm going on government hand-outs or turning out the lights.

In reality, the A-Series (in revamped A-Plus form for the Metro) had plenty of life left in it – as was later to be proved by those ’90s Minis – and was easily the equal of something like the breathless 895cc Polo. It also had the advantage of being familiar to mechanics the world over.

The Metro was so nearly yet another near miss, though. It was during a management ride-and-drive session in 1978 that Michael Edwardes and his team tried what was to become the Metro and came away somewhat underwhelmed at the new car’s refinement or lack thereof. The project was too far gone to start again but drastic engineering and styling work was the result and brought victory from the jaws of defeat in less than three years. 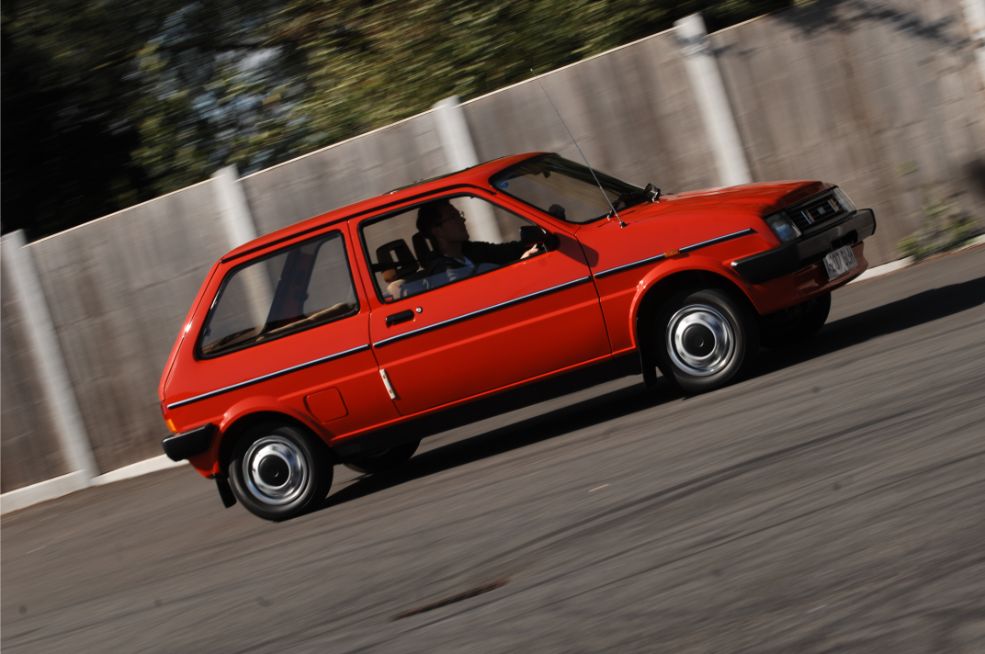 As launched in October 1980, the Metro was offered in 998 and 1275cc versions, with trim levels ranging from the plain 1.0 to the HLE range-topper. There was also an automatic version using the same sophisticated four-speed AP gearbox as the Mini.

That miniMetro tag was dropped in 1981 when the car was renamed simply Metro and the following year the Metro was responsible for the rebirth of the MG name, with the MG Metro and MG Metro Turbo models. The range was subsequently revised many times but the underlying recipe was much the same. A facelift in 1984 brought in a revised interior with more modern dashboard, chunky seats and updated front end style, plus a wider track and a five-door model. The basic structure of the Metro even survived the dramatic facelift into the Rover Metro which at last produced the car it could always have been by combining the K-Series motor with the front-rear interconnection of the Hydragas system which its inventor Alex Moulton had always intended. The result was a cracking car, although poor NCAP crash test results hastened its demise in 1997.

Backed by not insignificant national pride, the Metro was in fact Britain’s best-selling car in 1982 and 1984 and although it was outlived by the Mini, it did survive for a respectable 17 years. 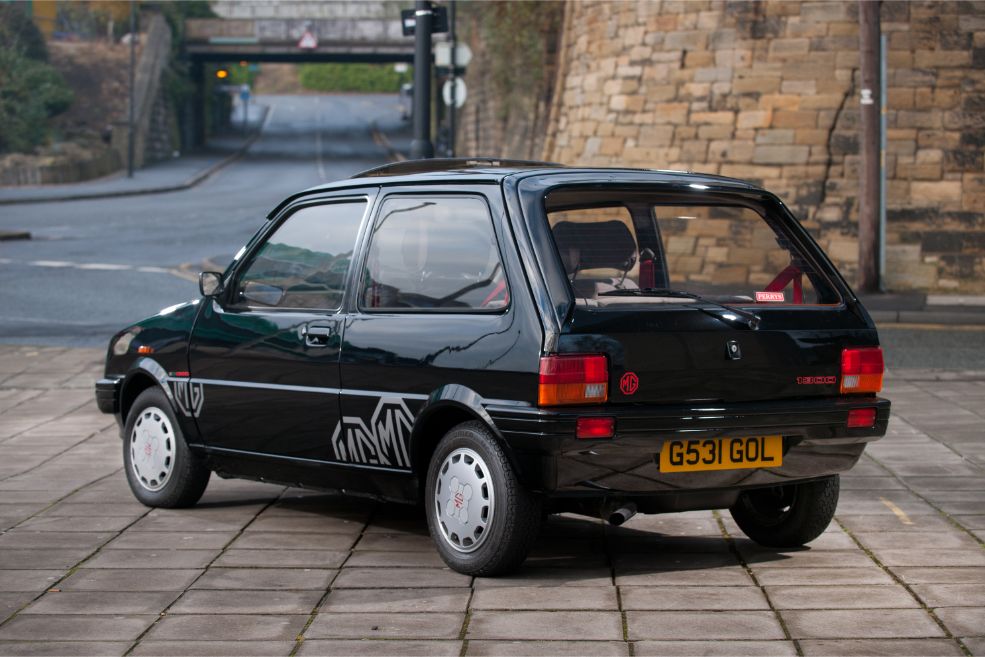 As with so many cars of this era, your biggest issue with any Metro is likely to be rust and it was once a common sight to see them with a neat line of rot running down the side of the wing behind the headlight. The panel is a bolt-on part which makes it easier to effect a patch repair, which is good news considering new OE panels are unavailable. You’re looking at around £85 for a pattern part – which to be fair will fit about as well as the slightly misshapen originals did – or twice that for a new-old-stock genuine panel.

Elsewhere, the Metro also rots in the front and rear valances which being double-skinned are harder to repair neatly. Luckily, these are available as pattern parts but availability can still be patchy.

Rather like its big brother the Range Rover, the Metro was only designed originally as a three-door with the five-door involving an amendment of the original design, which is possibly why the five-door cars seem to rust more. Luckily, rear wheelarch repair panels are available which means tatty arches can be fixed neatly, even if it will require a skilled bodyshop to do the work. 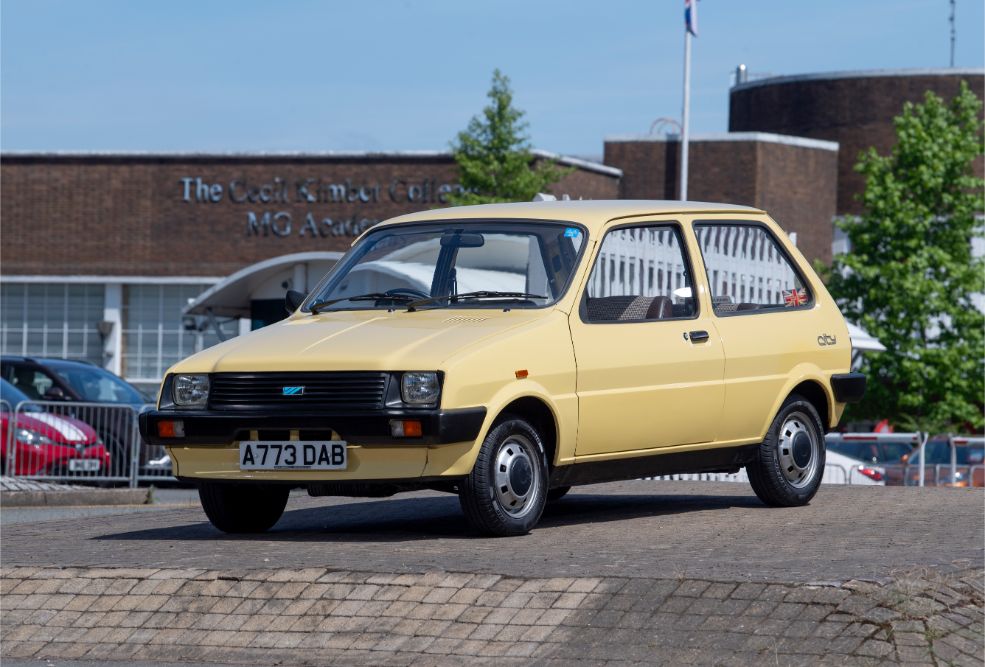 Owners have reported using body panels from the Rover 100 which are similar and more easily obtained but need modification to fit.

It goes without saying that the sills will also need a careful look and it’s rare to find a cheap Metro which hasn’t had a collection of patch repairs to the outer sill to scrape it through a series of MoTs. Complete sills are available as pattern parts though for both three and five-door at around £100 a side.

Surprisingly, lamp units are still available new and at the time of writing Minispares could supply headlamps and rear lenses. Detail items like screen rubbers are tricky to obtain new. 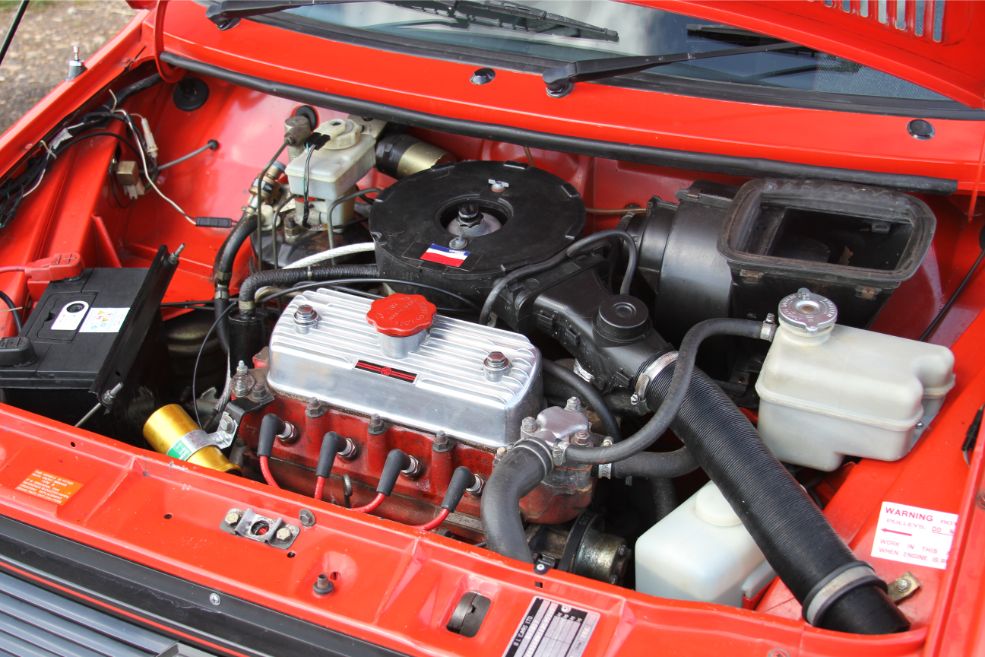 Compared to the difficulty in sourcing panels for a neat bodywork restoration, the Metro throws few surprises under the bonnet since it’s all essentially the familiar A-Series which was used in everything from Metro to Maestro, Montego… and of course the Mini.

Whether it’s a 998cc or 1275cc engine, the similarity to the Mini means service parts are all available and they’re cheap, too.

As for what to watch out for, few Metros have covered the sort of mileage you’ll see on, for example, a big Mercedes but it still pays to make the usual checks: oil in the water and vice versa can signify a failing head gasket, while oil smoke can mean the head will need to come off soon for a valve job. It’s not tricky to remove the head itself at home though and any Mini specialist will be able to do the machining work for you. Mini specialists can even supply an unleaded-compatible head for around £500, while all the parts to rebuild the engine are available. Carburettor service parts are all available, too.

The Metro shares its gears-in-sump layout with the Mini and that means the characteristic drop gear whine, too. Unless it’s horrendous, then it’s a question of “they all do that sir.” Items like hubs and wheel bearings are available from the Mini parts people, as are clutch kits and hydraulic parts. Metro-specific engine hoses are tricky to source. 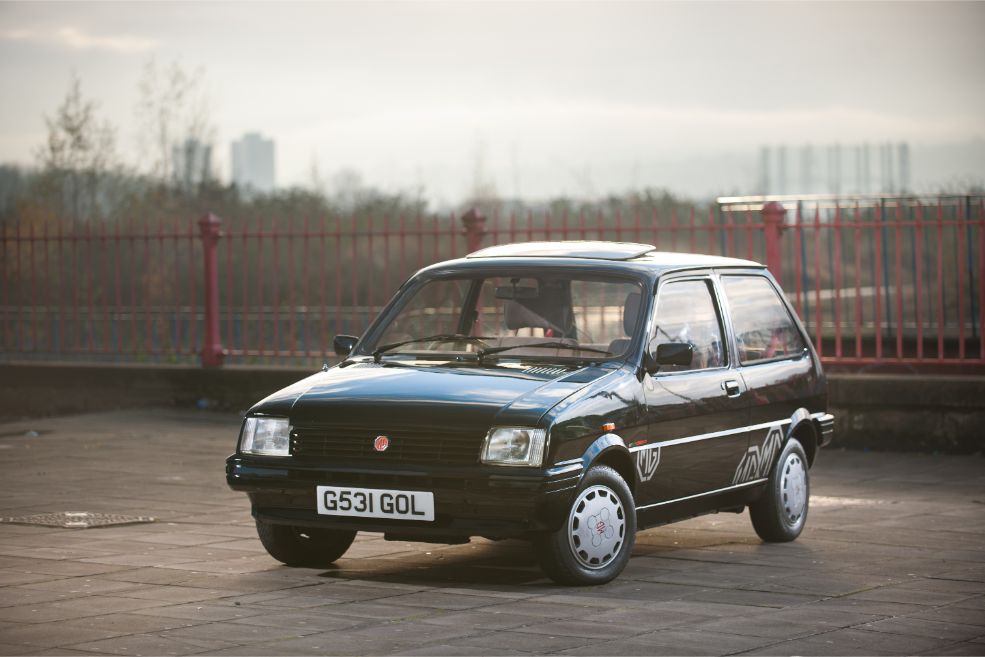 The big difference between Metro and Mini was that the newer car used Hydragas suspension and it was this which gave it something of a unique position in the market, offering the ride quality of a car from the next size up. It’s surprisingly maintenance-free considering its complexity over simple steel coils, but leaks over time can see the car dropping to the ground as fluid escapes. It’s a simple job to pump the car up again with the right pump and many local garages will still have the equipment in a dusty corner. You can also buy your own hand pump from www.aamason.com and MGF parts suppliers can supply the Hydro fluid.

One issue you may run into is that the displacers can lose their gas pressure over time, in which case the ‘spring’ is lost from the system. This means that even if you restore the ride height by pumping it up, the ride will be terrible and the solution is to source used displacer spheres or try to grab some of the remaining new old stock units supplied by Minispares. Items like balljoints are also available from Mini suppliers. 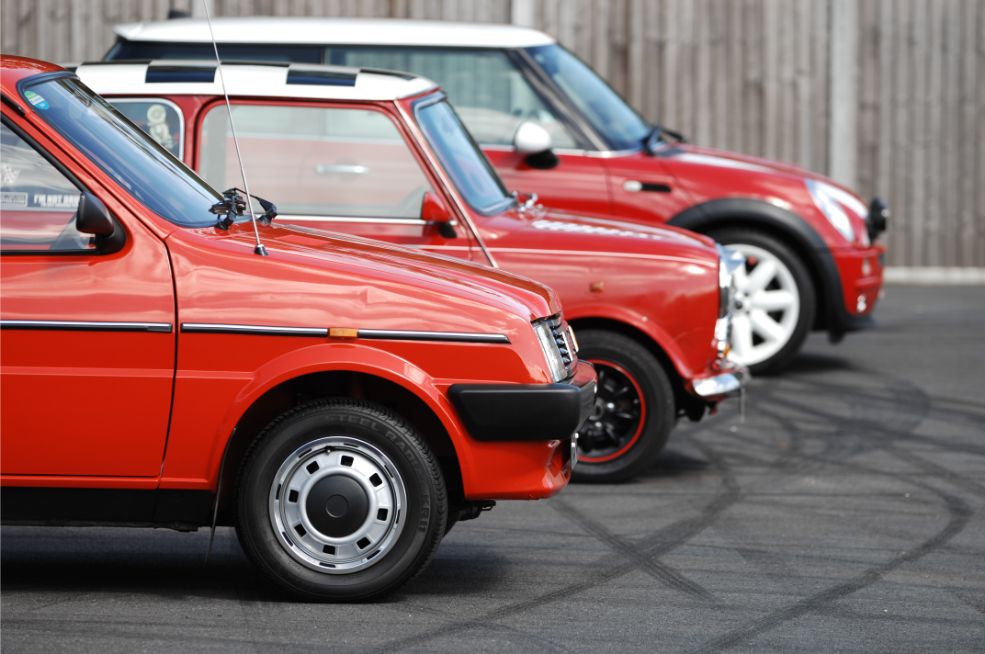 For a car never intended as a performance model the Metro came with unusually effective stoppers, featuring four-piston front calipers on even the cooking models, with post-‘84 cars getting vented discs, although the rears remained drums. New calipers are around £100 exchange which means messing around with seal kits to restore seized units doesn’t make much sense.

Brake discs, pads and rear shoes are shared with the Mini, meaning parts are easily available. The Mini scene means there’s also a huge range of upgrades on the market too. 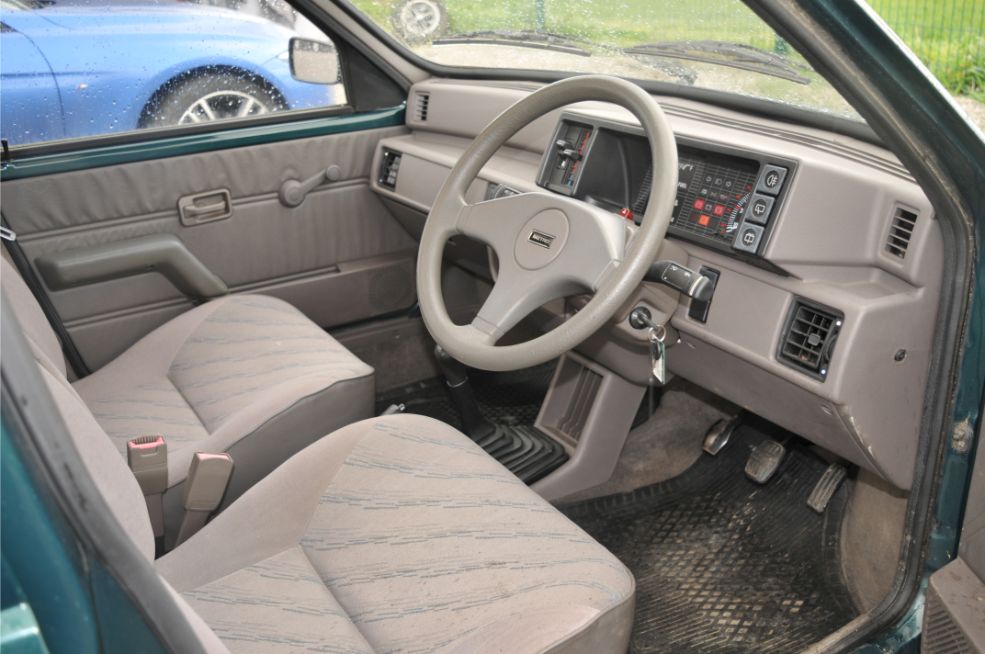 It’s here where so many modern classics fall down and the situation for the Metro isn’t helped by Austin/Rover having disappeared. Oddly enough, it’s easier to obtain parts for the early Metros than later cars, since items like the indicator stalk and minor switchgear were shared with the Mini of the time. As for the post-facelift cars with the chunky seats and restyled dashboard, used parts are your best bet although certain switches are shared with the Discovery, including the column switch for indicators and lights..

Luckily, the basic nature of the Metro means that much of the interior is plastic or vinyl, meaning that as long as the parts aren’t physically damaged they can be cleaned up with enough effort. 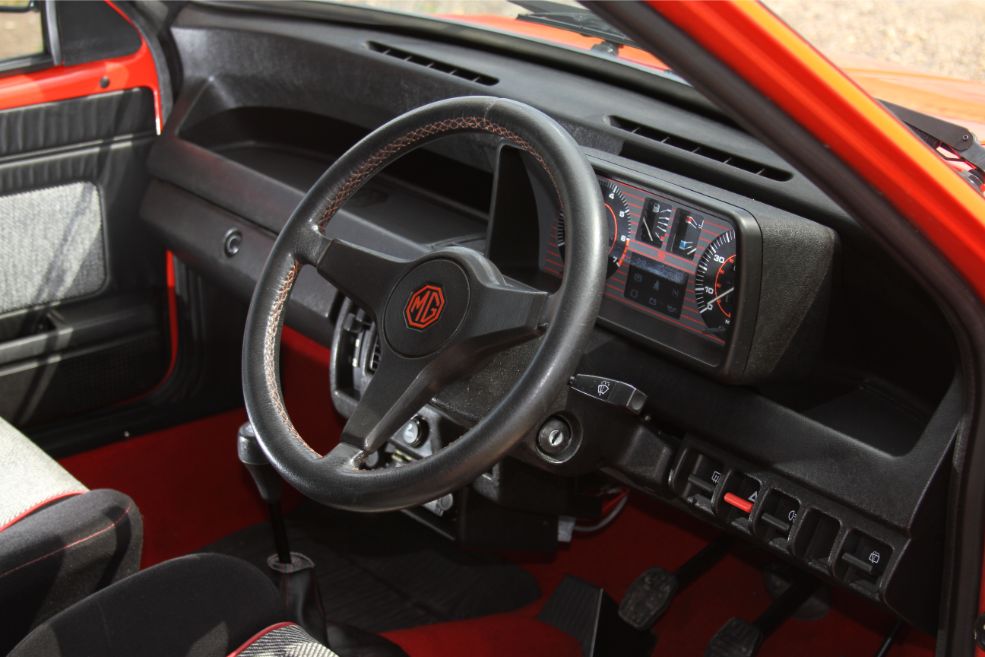 The Metro’s rarity has seen values firm up of late, but they remain affordable. A budget of £1000-£1500 will secure a running pre-facelift 1.0 or 1.3 model, with low-mileage survivors or rarities like the 1.3HLE for around £2500. For presentable MG models, expect to pay considerably more, with usable examples kicking off at £5000 and rising to £7000.

The Turbo is such a rarity these days that it’s very much a specialist subject, with pristine examples going for over £10,000.

The Metro range can be a bewildering but essentially there are just four different engines and lots of different trim levels and special editions. Essentially the 998cc was offered in 44bhp trim in the basic model, the City and the L with a higher-compression 46bhp version in the HLE. The 1275cc engine was fitted in 63bhp trim to the 1.3 models, with the MG-spec 73bhp version used in the Vanden Plas and the MG Metro. The turbocharged 1275cc unit rated at 94bhp was fitted to the Turbo.

Following the facelift, the 46bhp 1-litre was offered in City, City X and L trim, with the 63bhp 1.3 also offered in L, GS and Sport trim. The 73bhp 1275cc engine was offered in the GTa which wore an unpainted version of the Turbo’s bodykit, plus the MG. The Turbo retained the 94bhp 1275cc. 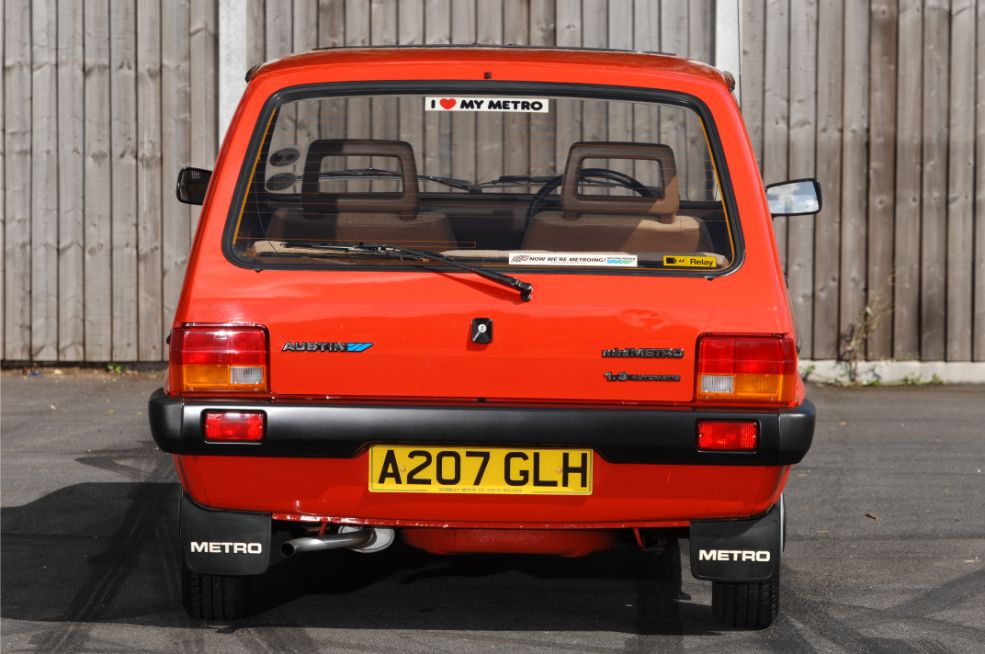