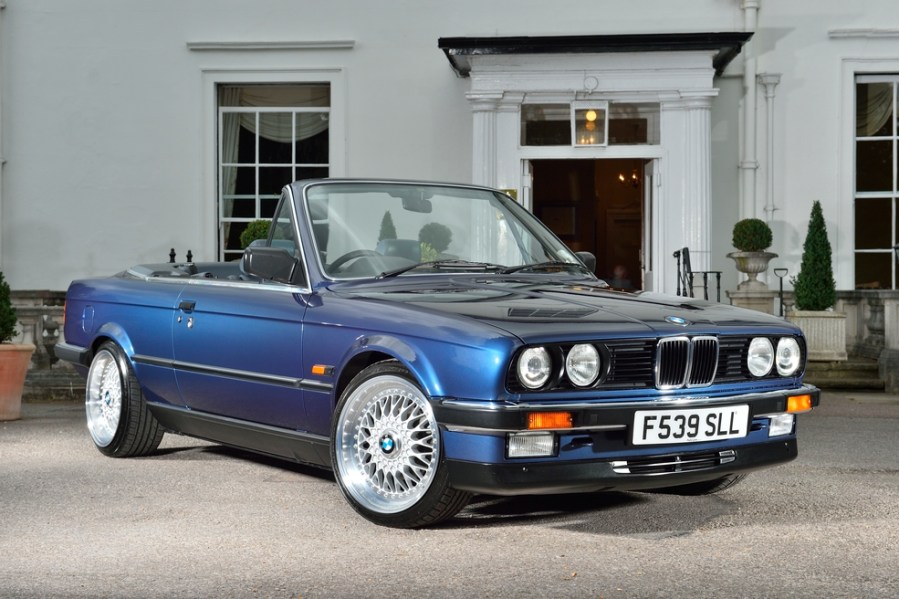 Four-seater practicality and timeless elegance make the BMW E30 Convertible an attractive modern classic proposition. Here’s what you need to know before buying one.

Wind back to the late ’80s and strolling down the Promenade des Anglais on the Côte d’Azur your eye would have been drawn to the beautiful people in a parade of Mercedes SLs and BMW convertibles. Three decades later, the elegance of these two German drop-tops remains hard to beat even though the cars themselves have become modern classics in the intervening years.

The ‘R107’ Mercedes of course has spiralled ever upwards in value, but the BMW E30 Convertible– which with its four seats remains immeasurably more practical – is still a vastly more affordable proposition.

Yes, many have been modified but if you can find a standard example then they offer driving pleasure which surpasses the bigger, softer Mercedes and can be a practical ownership proposition, too. Like most cars of this nature though, buying the wrong one can be a costly mistake, so here’s what you need to know. 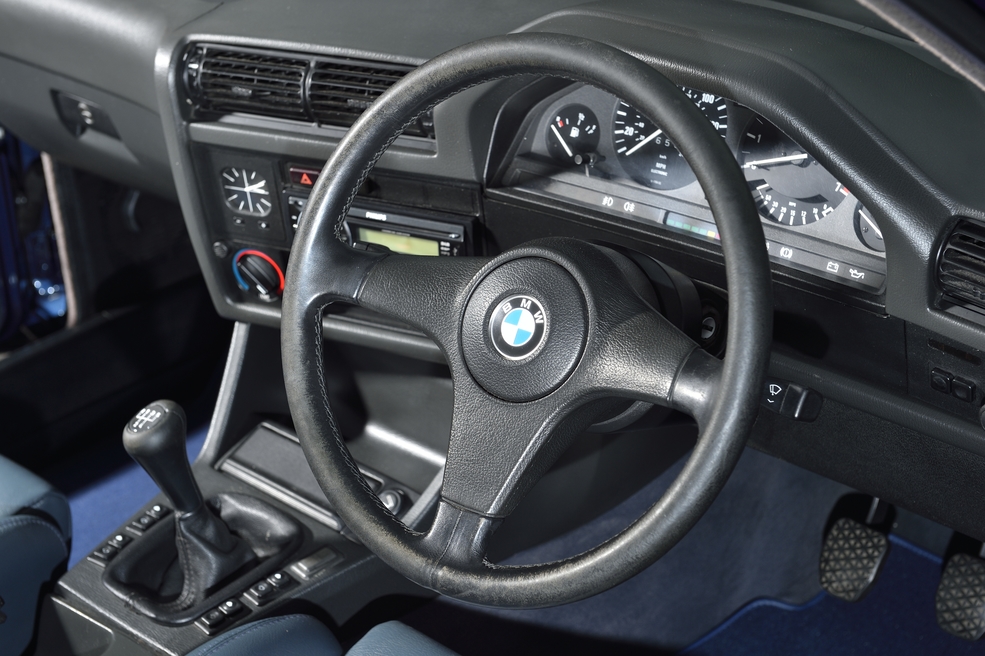 BMW had offered convertibles since the ’02 model, which was offered first as a full convertible and then as a Targa cabriolet, both produced for BMW by Karosserie Baur. The first-generation ‘E21’ 3-Series was also offered in Targa-topped Baur form but with the ‘E30’ generation, BMW added a full convertible to the line-up which was an elegant factory-built car rather than a conversion of a saloon.

With scuttle shake being the main issue afflicting cabriolet conversions like the Golf and Saab 900, BMW went to great lengths to reinforce the shell and the result is a car which although not as rigid as its tin-topped sibling is impressively solid.

Although the E30 3-Series was launched in the UK in 1983, the convertible wasn’t launched until late 1986. The Baur conversion had been offered until that point, although it was a relatively slow seller.

With a multi-layered convertible top the car was a practical proposition and when the sun came out, the roof was neatly stowed under a panel in the rear deck, giving the car an elegant profile similar to the SL.

Unlike the Mercedes though, the BMW retained its full four-seat capability rather than an apologetic 2+2 layout, while the boot space remained useful too, giving it an advantage over the Golf GTI Cabriolet.

Initially the convertible was offered only in 325i form with the 170bhp 2.5-litre straight six, joined in 1988 by the four-cylinder 318i and six-cylinder 320i models. The E30 range was facelifted in 1987 with colour-coded plastic bumpers, enlarged rear lights, reshaped rear arches, front and rear valances and ellipsoidal headlights, but the Convertible wouldn’t gain the styling changes until 1990.

With the all-new E36 generation on the way, the last Convertibles were built in early 1993. 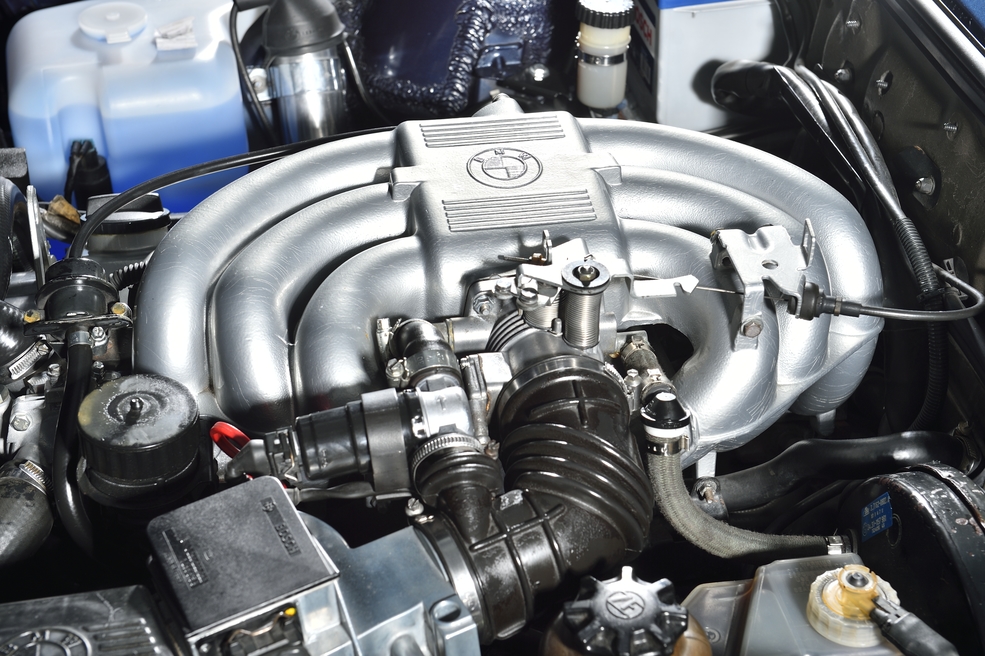 WHAT TO LOOK FOR

The Convertible was launched after the long-serving M10 engine had been replaced by the more modern M40 unit and although they are generally reliable, they do use a cam belt rather than a chain, so check it’s been changed.

The 320i and 325i use BMW’s M20 ‘small six’ which is a good strong unit but can throw up some issues when neglected. The main problem is the tendency of the head to crack, often under the camshaft journals which can allow coolant into the engine. Repair is an expensive, specialised business and so a good used unit is the best option. Odd overheating behaviour or poor running as the engine warms from cold is a clue that all may not be well.

Ticking from the top end can often be diagnosed as a sticking tappet but is often nothing more than the noise of the injectors. 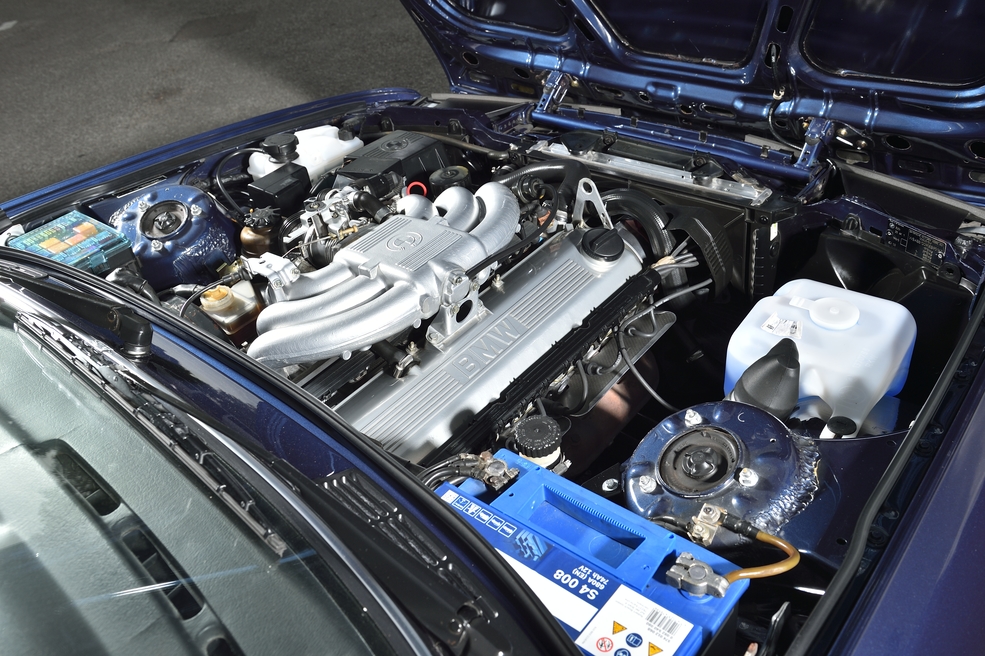 The M20 six-cylinder engine also uses a cam belt but it’s an easy enough job to do at home with sufficient patience. Change the water pump at the same time for a belt-and-braces job.

The cooling fans use a viscous coupling which should lock up progressively as the engine warms up. They fail in old age, but a replacement is a DIY job to fit.

The 318i and 320i use the Getrag 240 gearbox which is a good, reliable unit although if you do need a replacement remember that you’ll need one from a four or six-cylinder car as appropriate. The 325i uses a beefier Getrag 260 gearbox which is just as tough, although the shift linkage can wear in the knuckle joint under the lever itself which makes the gear selection feel vague. It’s a straightforward but fiddly job to reach up and replace the joint for a cheap fix. 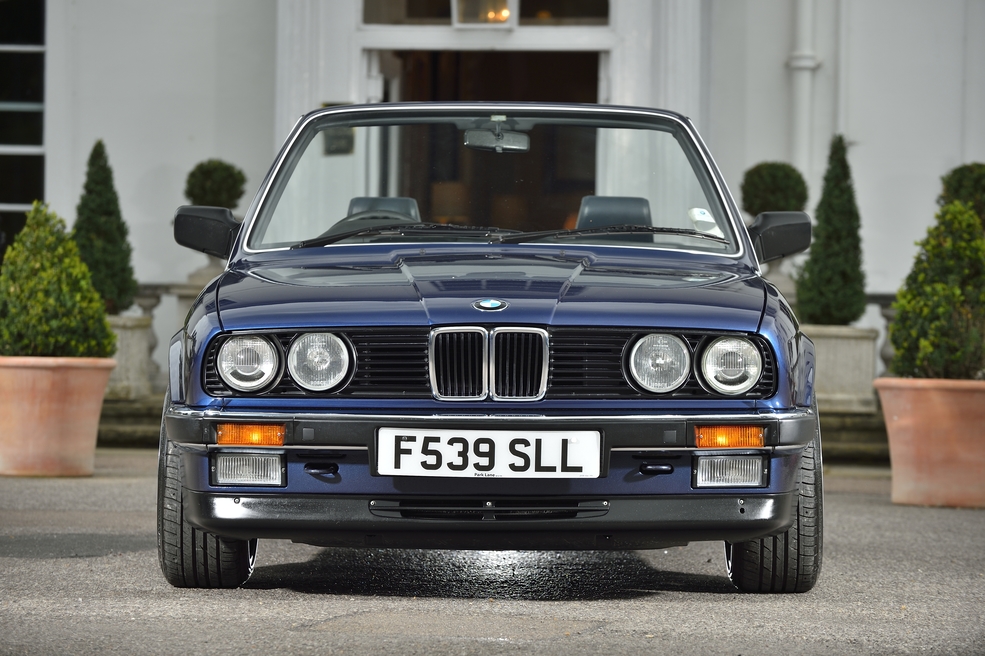 All the convertible automatic models use the later four-speed ZF gearbox which is reliable, although checking the dipstick for burned fluid is a smart move. The unit should take up drive smartly but without thumps and should switch between ratios easily without ‘flaring’ during shifts.

The 325i models mostly used the same unit but with the switchable sport/economy setting. It’s not a good move to leave the engine idling for a long time in park or neutral on these units.

Rear axles can get slightly noisy and then just stay like that pretty much indefinitely, so unless it’s really terrible then the best advice is to check the oil level and then just leave it well alone.

A tired chassis can be cheered up no end by fitting any one of the many aftermarket spring and damper kits on the market, although these cars really don’t drive well when they’re excessively lowered and stiffened. Standard kit is affordable and easily obtained from the usual parts suppliers.

The biggest issue is the front struts rotting in the area of the spring seats, in which case replacement struts are a neat way to solve the problem.

Steering racks can leak and good used replacements are becoming harder to source, but some owners report that a conversion to the rack from the post-’98 ‘E46’ 3-Series is a nice upgrade – it’s a quicker rack and back in the day the E30 was criticised for its low-geared steering. 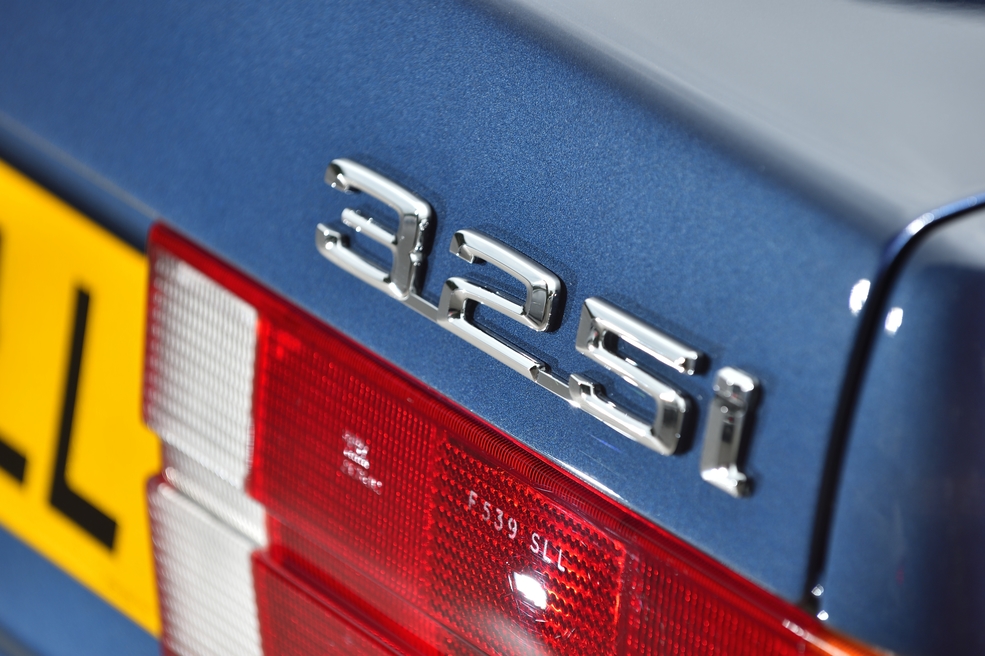 Wishbone balljoints at the front end can also wear, signalled by a clattering over potholes and the simplest cure is to buy a complete new wishbone with a balljoint ready fitted. At the rear end, failing axle locating bushes will make a big difference to how the car drives but replacement will involve special tools.

Broken rear coil springs are also a common issue but are a really quick and easy DIY replacement. Do buy a pair though…

The four-cylinder cars are a disc/drum set-up and the 325i uses all-round discs, but the system is conventional with sticking callipers the most common problem. The 325i uses ABS which needs to work properly for an MoT pass: the tester should check for the warning light coming on with the ignition and going out again with the engine running.

Faults are usually easy to fix and sensors are available at around £50 each, as are the reluctor (’trigger’) rings for the hubs. More tricky faults can include the ABS relay or the pump itself, but this is unusual and used parts are available.

This is where it gets tricky. Despite their German build and BMW’s reputation for quality, the E30 does like to rust. Early cars are worse, which gives the convertibles a head start, especially as many of them were pampered and garaged, but it still pays to check carefully.

Check the bottoms of the front wings, footwells, the jacking points all round, the rear wheelarches, the battery tray and the rear inner arches. Panels are available, but major repair will still get expensive.

Cars with plastic bodykits need even closer attention, as they can rust dramatically behind the scenes. 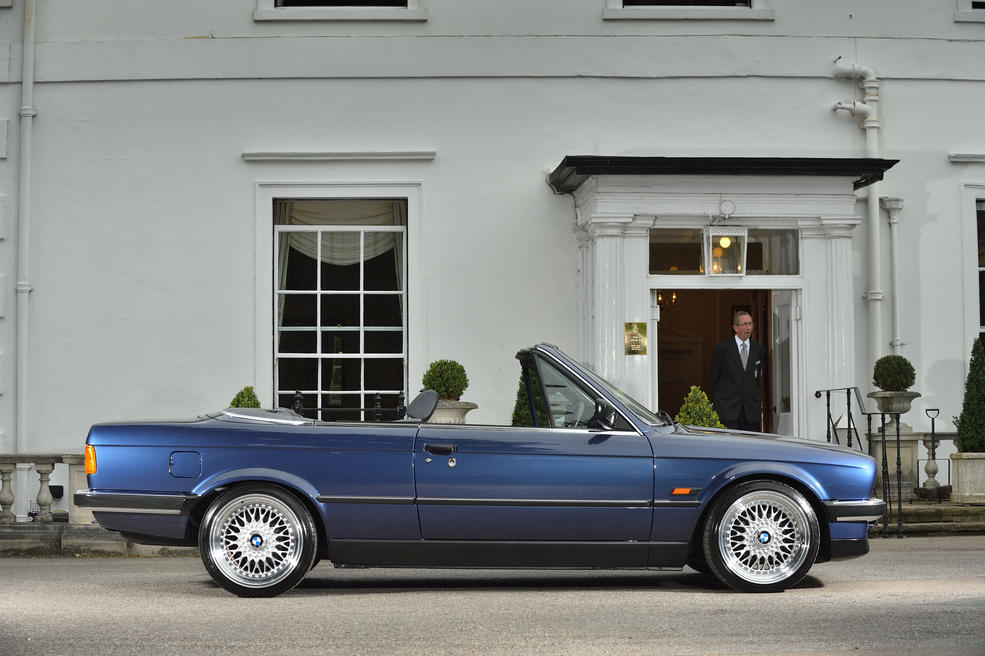 This is a rather more elaborate affair than the single-skinned covering on a Midget or Spitfire, so check it carefully as although replacements can be fitted, you’re looking at £750 supplied and fitted.

If the plastic rear window has gone cloudy, there’s only so much you can do with proprietary polishes, but a new window can be fitted to the existing hood for around £200.

The power roof on the E30 was never the most reliable system and problems can be hard work to trace, which is why many owners will leave the roof on manual mode when it starts to misbehave. 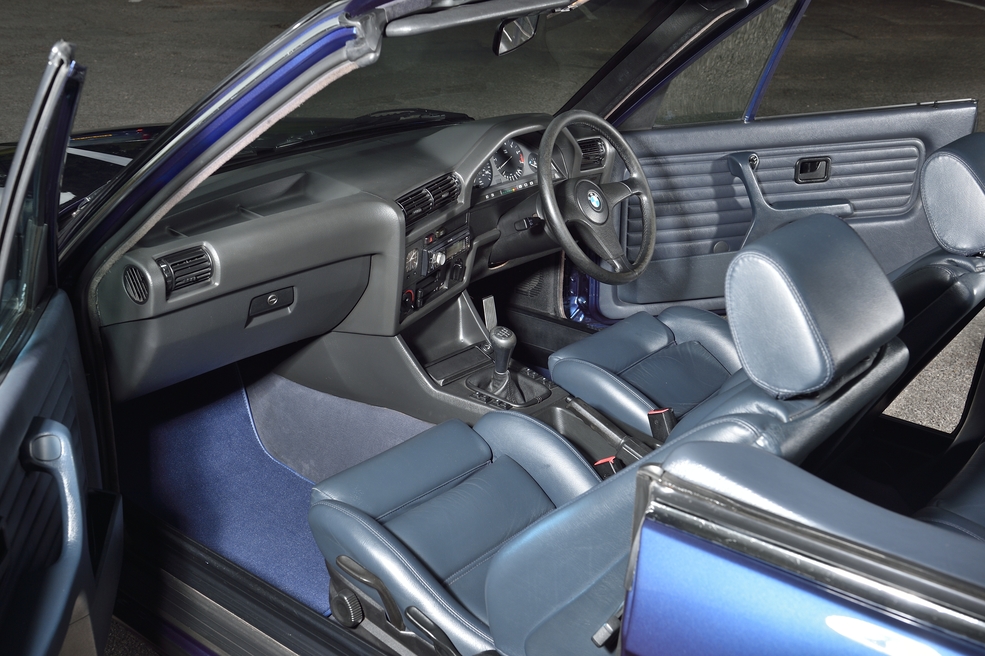 A cracked dashboard moulding is bad news, since they’re no longer available new and you’ll need £500 or more to source a good used one. Otherwise it’s all pretty robust, with a threadbare driver’s seat being the usual problem. The service indicator lights in the instrument cluster will have packed up long ago if previous owners didn’t replace the onboard batteries, but in some cases the batteries can leak and damage the circuit board.

If the car runs the original air conditioning then expect it to use the old R12 gas, which is now outlawed. A conversion to R134A is expensive but the alternative is the ‘drop-in’ R438A Isceon gas.

Although values have firmed up of late, these cars are still surprisingly affordable for what they represent and if you want one, then we’d advise getting a move on. Budget on £3000 for a serviceable 318i or 320i, with the entry ticket to the 325i being closer to £5000. From here, values rise with condition to around £12,000 for a really pristine 325i.

Regardless of budget, finding a standard car is likely to be the biggest hurdle since so many were modified over the years with dubious styling additions – although this can be a good way to bag a bargain if you’re prepared to put it back to standard. 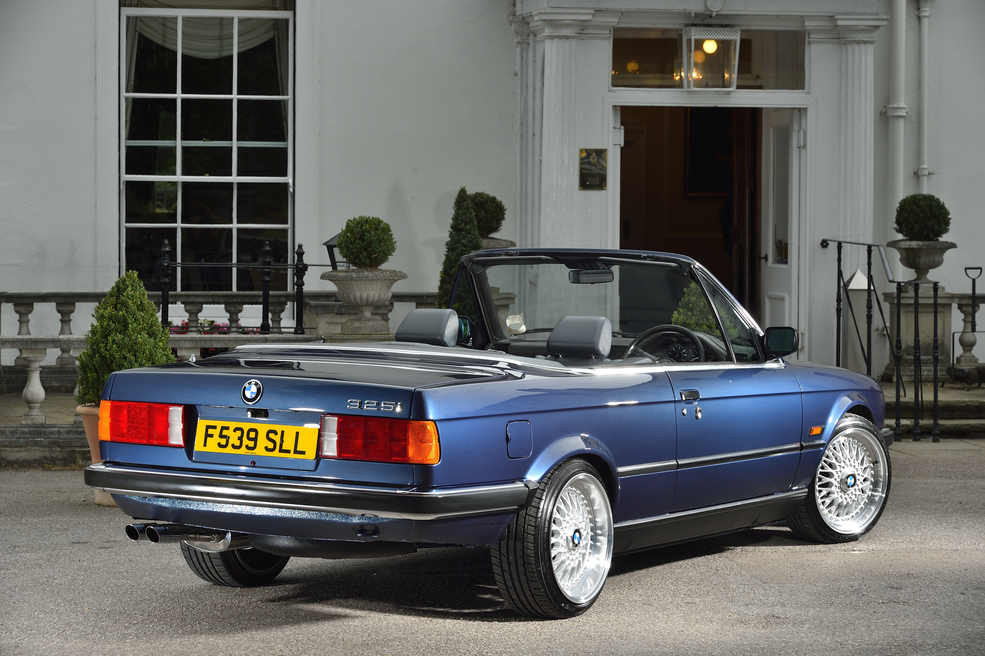