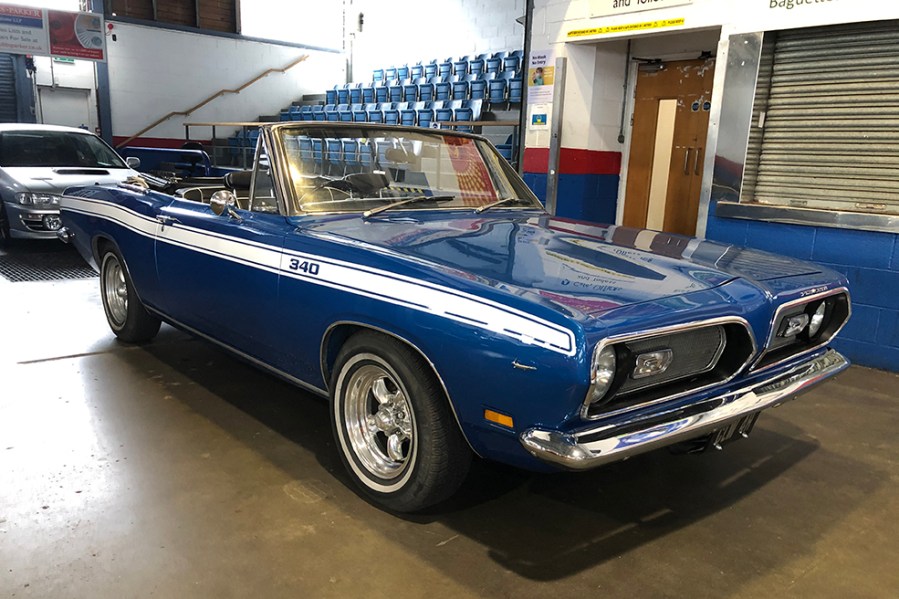 Hobbs Parker will return to classic car matters with a timed online sale beginning at 12pm on Wednesday October 27, with the first lots ending 24 hours later

Prospective buyers are in for a treat, as not only is the catalogue shaping up to be a particularly eclectic one, but many of the entries also have remarkable tales behind them.

One prominent example is a 1989 Range Rover Vogue EFI in excellent condition, which immediately piqued our interest thanks to having a G-WAC registration – the same sequence worn by the contemporary Discovery press cars. Being left-hand-drive adds to the intrigue, with former Land Rover man and marque expert Mike Gould suggesting that it may have been a marketing car for European brochures. Even now it only shows 45,000km (28,000 miles), and is expected to fetch as much as £20,000.

It’s joined by a 1984 Mercedes-Benz 500SEC that was converted into a drop-top by Lynx Engineering, better known for the attractive Jaguar XJS-based Lynx Eventer estate. The Mercedes is one of just three built, one of which was commissioned by James Hunt, and is estimated at £9000-£11,000. Completing the trio is a 1970 Plymouth Barracuda, which not only stands out for its excellent condition, but also for being a factory right-hand-drive example.

With several saloons including a 1966 Volvo Amazon, a Rover P6 V8, a 1992 Mercedes 190E and a 1999 Alpina B10, plus a selection of great starter classic such as a Peugeot 205 Mardi Gras and a 1990s Metro, the sale has plenty of basis covered. It may not be a traditional public-facing auction but there’s still ample opportunity to see the lots in the metal, with three full viewing days beginning on Monday October 25 and another chance on the Thursday morning.

We’ve picked out our highlights below; head to the Hobbs Parker website for the full catalogue.