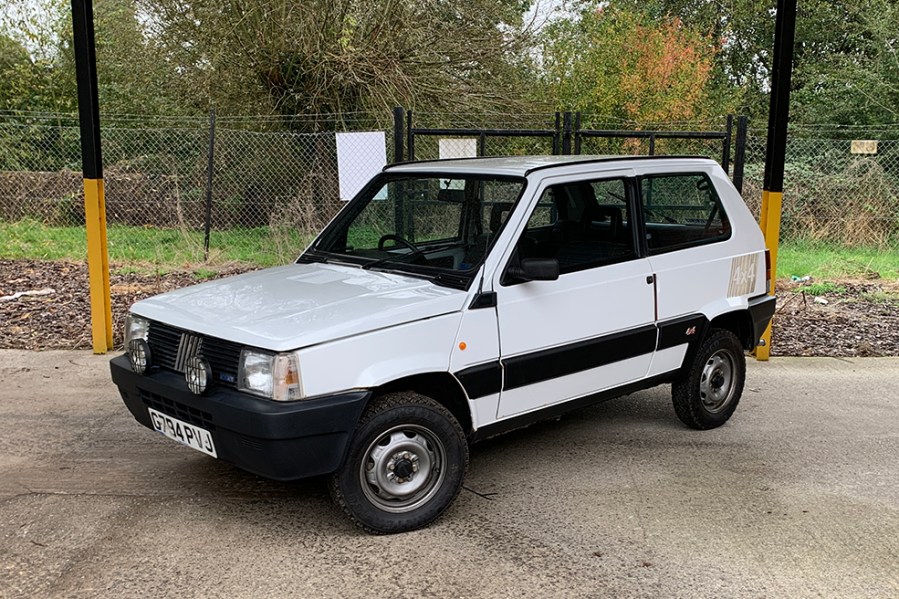 Brightwells’ next sale is set to take place on October 28, with a great array of rarities, modern classics and traditional collector cars. Here are our star lots to watch

When the first lot that catches your eye in an auction hall is a Mk1 Fiat Panda 4×4 then you know there’s an interesting catalogue to be had and sure enough, that’s very much the case with the Brightwells sale this month.

Alongside the Panda, other modern classic survivors include a brace of Citroën BXs (one a very presentable late model turbodiesel and the other a rare GTi 4×4 project), a 58,000-mile 1996 Rover Mini Sprite estimated at £4000-£5000, a practical Volvo 240GLT estate and an unusually well preserved BMW E36 323i coupe.

As usual, the more modern classics are backed up by the usual traditional suspects, including a pair of each of Stag, Spitfire and TR6 and a selection of five MGBs, two of them V8 conversions. For Jaguar fans, the highlight will be the Series 2 XJ6 in unusually nice order with the 4.2 motor and long-wheelbase shell, although to our minds an ex-South Africa 420 runs it very close.

Of the project cars, our favourite was the 1980 Mercedes 450SLC, the coupe evolution of the R107 SL – a barn find just waiting for some love. At the opposite end of the spectrum was an exceptionally well presented Bentley T2, the badge-engineered Silver Shadow which had clearly had the money spent in the right places.

Performance tackle includes a pair of 996-generation Porsche 911s, a pair of attractively estimated Boxsters and a very tidy and standard Nissan 350Z.

The sale follows Brightwells’ usual timed online format, with lots ending from 7pm on Thursday October 28 and viewing by appointment from the Monday to Wednesday beforehand.

In the meantime, you can find the full catalogue here.