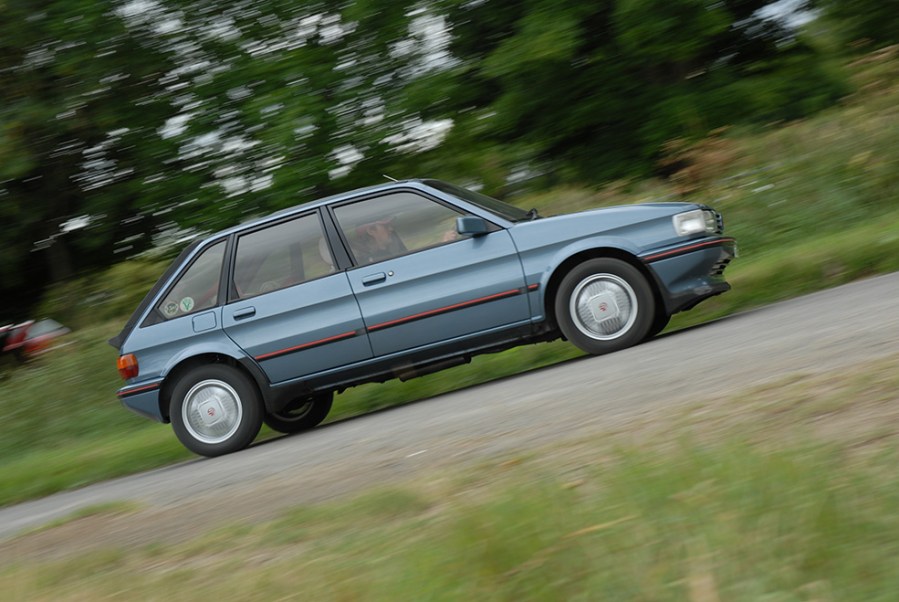 So, it’s clearly a pretty important part of any manufacturer’s game plan when it comes to designing and bringing to market what is essentially a family vehicle. Previously our very own Danielle Bagnall homed in on just a handful of the best selling 1960s family cars and the best selling 1970s family cars, this time it’s the 1980s.

The ’80s saw buyers becoming more conscious of environmental and safety considerations which meant catalytic converters, ABS, fuel injection and turbocharging becoming more widely used by the end of the decade. This in turn resulted in more acceptance of foreign cars, with the former Rootes factory in Ryton, Coventry producing Peugeots by the end of the decade, with the 309 and 405 by then being popular sellers here.

The premium German marques also started making inroads. The minivan boom which spawned the likes of the Plymouth Voyager and Dodge Caravan transformed mobility for the suburban American family, but family car sales in the UK were still largely made up of conventional saloons or hatches like Escort and Astra. 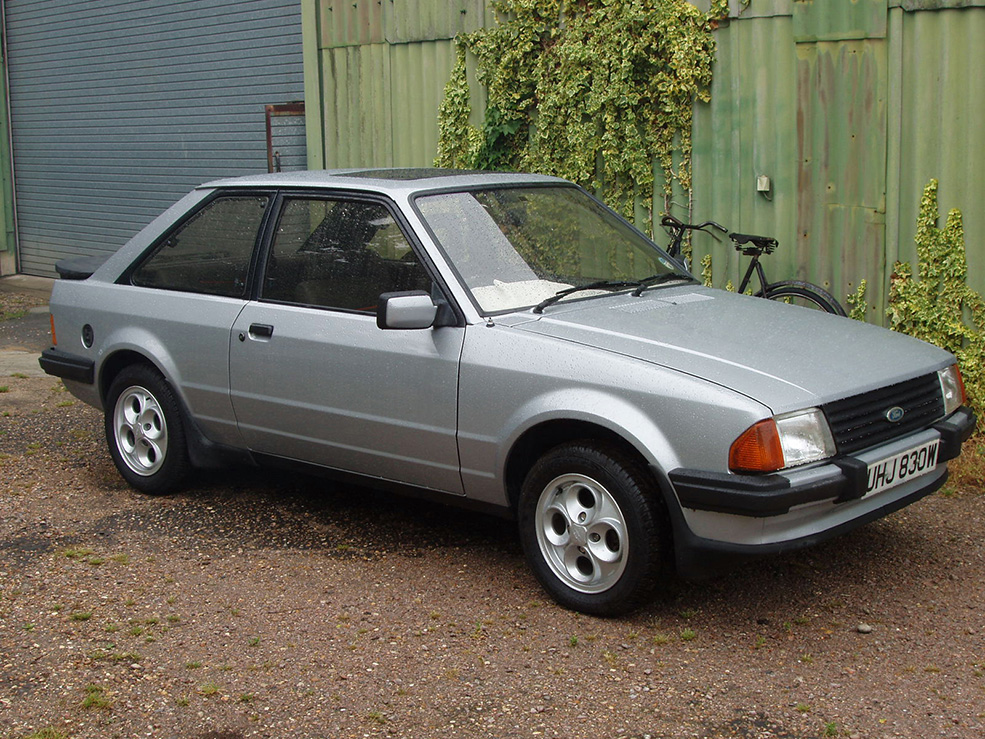 Ford Escort
Launched in 1968, the Ford Escort gained most of its popularity as a family car during the ’70s but the name would remain a best-seller into the ’80s and the ’90s. Focusing on the 1980s though, the third generation was introduced in 1980 and ran until 1986. Codenamed ‘Erika’, Ford’s second front-wheel drive model (the first being the Fiesta in 1976) was actually down for being marketed under that name but ended up keeping the Escort namesake.

By 1982, it had overtaken the Cortina as Britain’s best-selling car but unlike the Mk2, the Mk3 was built using a completely new design to compete with the likes of the Volkswagen Golf and front-drive Japanese cars which were becoming popular at the time. Launched with the tag line ‘Simple is Efficient’, it was a huge departure from its predecessors and was available as a three and five-door hatchback, a three and five door estate, a two-door cabriolet and a three-door van.

Ultimately, the Mk3 would also go on to kick-start an entire new market for the hot hatch in the shape of the XR3 and XR3i which took the Golf GTI’s ball and ran away with it. Facelifted into what is often called the Mk4 in 1986, the Escort’s star finally waned with the Mk5 version launched in 1990, which was so harshly received that its successor broke with the Escort badge entirely in favour of the new Focus tag. 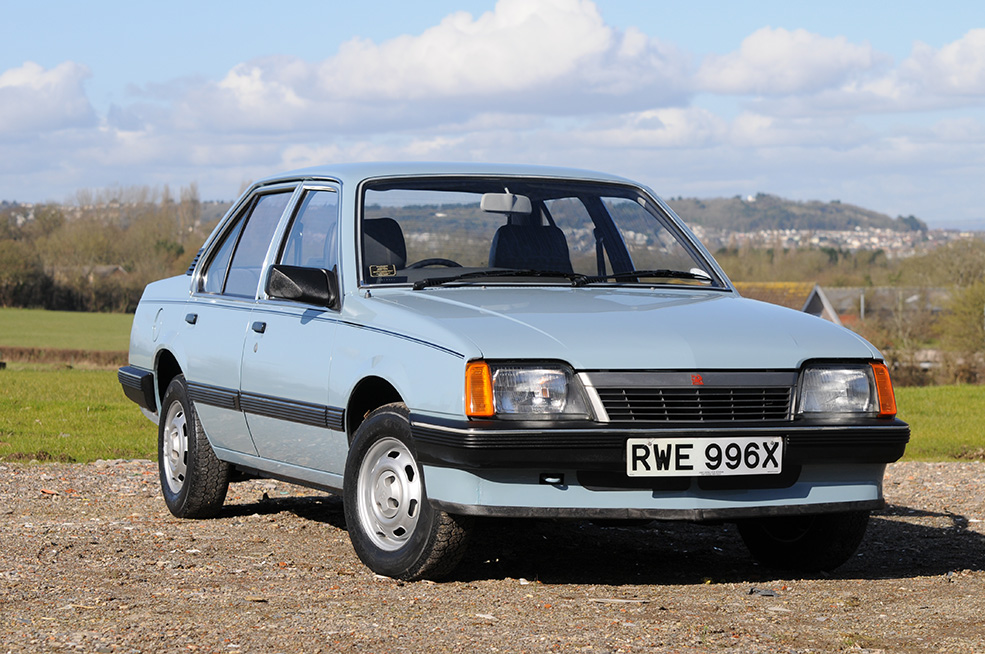 Vauxhall Cavalier
Classed on the larger side for the family segment, the Vauxhall Cavalier was sold between 1975 and 1995 but the dominant model of the 1980s was the Mk2 generation from 1981 to 1988: a car which would be the second-best selling model of 1985, with a total of 134,335 models sold. The Mk2 was a fully transatlantic development, seeing GM’s Vauxhall and Opel subsidiaries cooperate on design and compared with the Cortina was a modern design, with a new range of punchy alloy-headed OHC engines designed for low maintenance costs and good economy. Underneath, the Mk2 boasted MacPherson strut front suspension and coil-sprung rear with space-saving ‘minibloc’ springs.

Initially just two engine options were offered: a 1.3-litre rated at 75 bhp or a 90 bhp 1.6, with trim levels ranging from basic, L and Gl through to GLS and the sporty SR. In 1983, the range was expanded to add a fuel-injected, 115 bhp 1.8-litre engine available in the new GLSi, CDi and SRi models as well as the rather lacklustre 54 bhp diesel engine and a voluminous estate created by using panels from the Australian-market Holden version of the world car design.

In the UK, the new Cavalier was a huge success and challenged the supremacy of the Ford Cortina as the company car of choice. Indeed, it went on sale only a year before the Cortina was discontinued and would briefly outsell its replacement the Sierra.

The Cavalier remained an attractive product to the end, but with rivals like the Pininfarina-style Peugeot 405 on the market, coupled with the increased attractiveness of entry-level BMWs, VWs and Audis, the writing was on the wall for the Mk2 which ended production in 1988. With over 807,000 examples sold and cars even exported back to Europe, the Mk2 reversed Vauxhall’s fortunes in the British volume market. 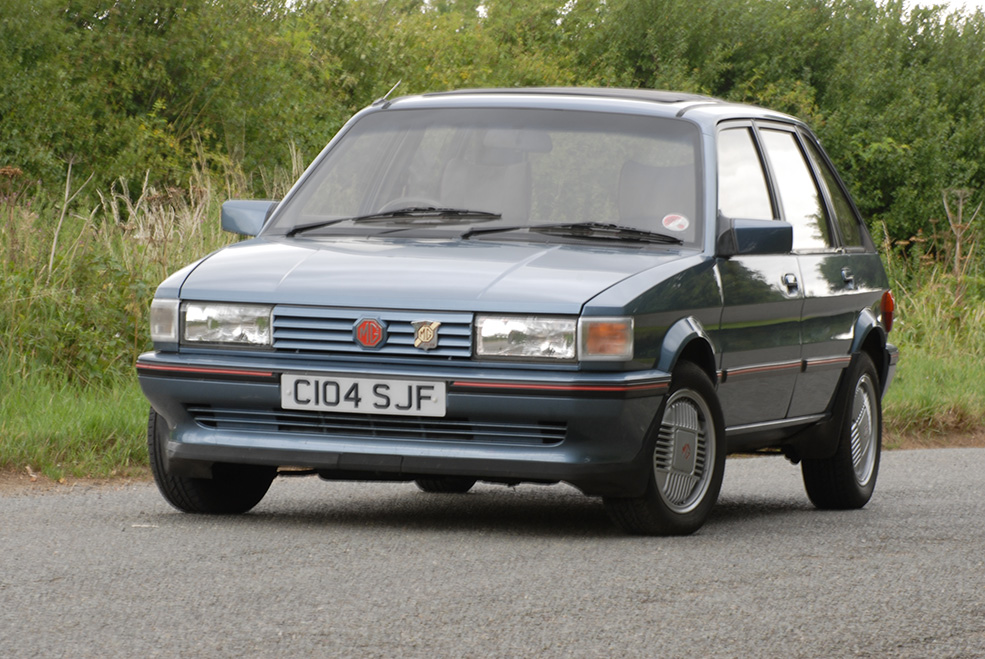 Austin Maestro
The Maestro itself tends to get a bad press but in reality it was a very competent car. Intended as a replacement for the Allegro, Marina and Maxi, the project was the first to dispense with the old ‘ADO’ tag which had been attached to BMC/BL models since the ’50s. Coded LM10, the car broke with BL tradition in being very conventional in its engineering: a transverse engine and front drive were nothing new by the late ’70s, while steel springs were employed instead of any fancy Hydragas or rubber cones. Struts up front and a torsion beam trailing arm rear axle sounded very much like the underpinnings of VW’s Golf and indeed it has been revealed that BL engineers used Golf underpinnings as the basis for the early prototypes.

In many ways that of course was key to the car’s success and as launched, the Maestro was a competitive package: the clean lines with the chunky wheel-at-each-corner stance looked fresh and modern if not ground-breaking and the car offered more interior space than an Escort or MkI Golf, with handling to match either of them.

It was no surprise to lift the bonnet and find the evergreen A-Series grinning back at you though, this time back with an inline gearbox instead of the gearbox-in-sump design of the Allegro and Maxi. With an electronically-controlled carburettor and a few other detail improvements though, the ‘A Plus’ offered class leading economy and in 1.3-litre form pulled the Maestro along convincingly well.

A contender for the 1.6-litre class was created by using the R-Series engine and when a VW gearbox was found to be the perfect size for the job, the decision was made by the accountants to buy the units in wholesale from Germany rather than invest in developing a suitable box in-house. Adding twin Webers to the 1600 motor created a modern-day MG model and when the 2-litre O-Series replaced it in 1985, the Maestro could take the fight to the Golf GTI.

Like the Metro, the Maestro would end its days wearing none of the old BL badges but simply badged as ‘Maestro’ while its maker attempted to move upmarket. Eventually of course, its replacement would be the Rover 200-Series co-developed with Honda, although like the Ital the Maestro would go on to enjoy a life extension in China.