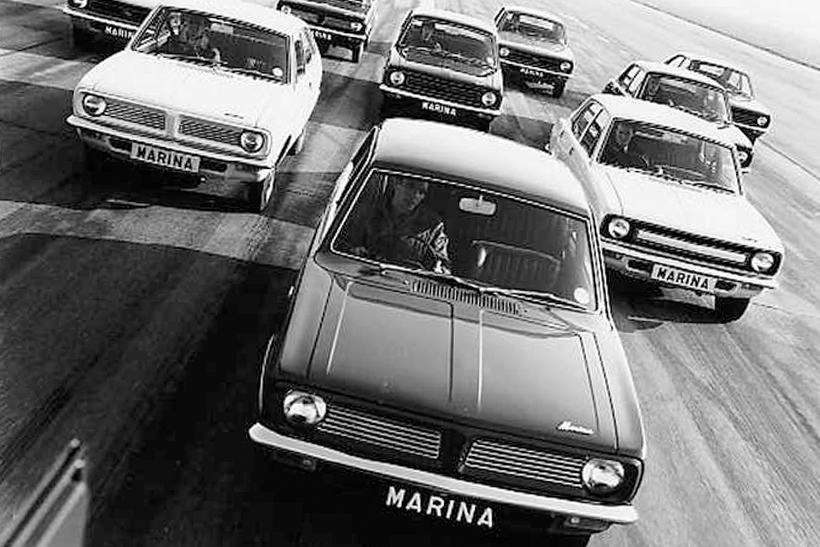 So, it’s clearly a pretty important part of any manufacturer’s game plan when it comes to designing and bringing to market what is essentially a family vehicle. Last week our very own Danielle Bagnall homed in on just a handful of the best-selling 1960s family cars. This week we look at the 1970s.

1970s
The 1970s was the decade when foreign cars really started to appear in the UK. Granted, only in very small numbers, but a presence nonetheless. As a cheap option, Japanese imports such as the Datsun Sunny were more popular than ever, but all the company car buyers would generally still opt for the familiarity offered by the Marina, Escort and Cortina. Privately-owned cars for the family buyer, however, still tended to be smaller and from what we now called the Escort class – which is where our pick of the decade comes in. We’ve chosen to home in on the Morris Marina, the Austin Allegro and the Hillman Avenger. 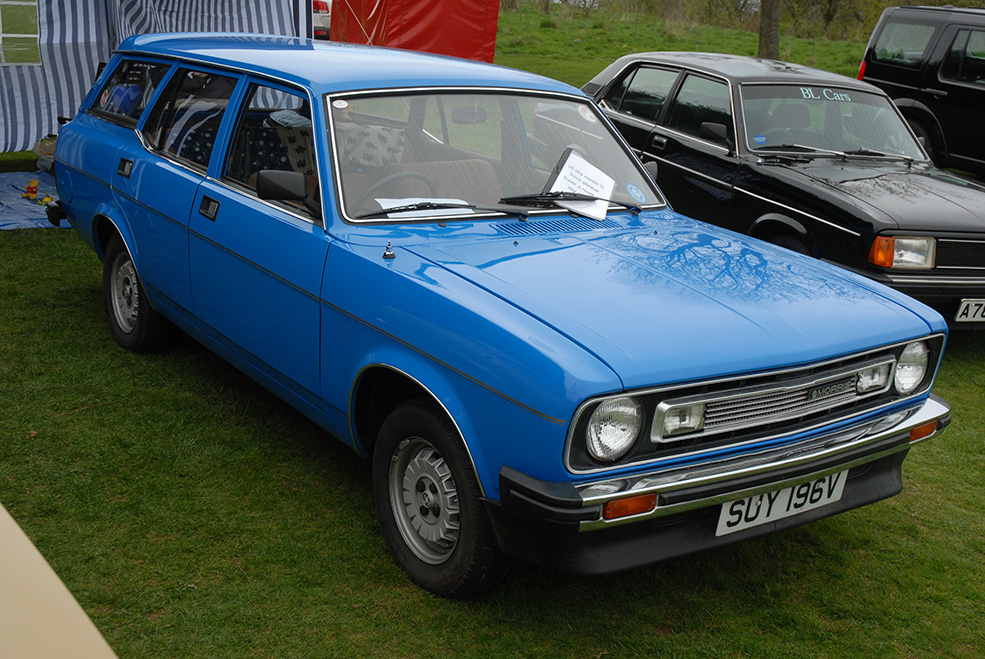 Morris Marina
Despite the tendency to knock it in modern times, the Marina was a popular car in the UK for a large part of its life, and offered a size which neatly fell between Escort and Cortina, giving it appeal both to fleet and private buyers. Labelled as a family car, the Marina was available as a four-door saloon, five-door estate car, a two-door coupe, two-door van and a pick-up.

To say the car was unadventurous after the ADO16 is something of an understatement, but the company just didn’t have the funds to develop anything ground-breaking and also knew that conventional engineering was what the fleet market wanted. Designed by Roy Haynes, the same man who brought us the Ford Cortina Mk2, the saloon was to appeal to the company car market as well as families, whereas the Coupe variant was hoped to compete with the likes of the Ford Capri, appealing to younger buyers.

The Marina was essentially a larger car, with more space, for Escort money and went from design stage to production in just 18 months. Production issues, along with cost-cutting (ditching the proposed MacPherson struts in favour of the older Minor layout for example), meant the Marina wasn’t as good as it could, or probably should have been. It would enjoy a long life though, launched in 1971 and eventually replaced by the heavily facelifted Ital in 1980 which would last incredibly until 1984… and then enjoyed a further extension as the basis for a Chinese model until 1999. Not bad for a car which so often features in those lists of ‘top 10 worst cars’. 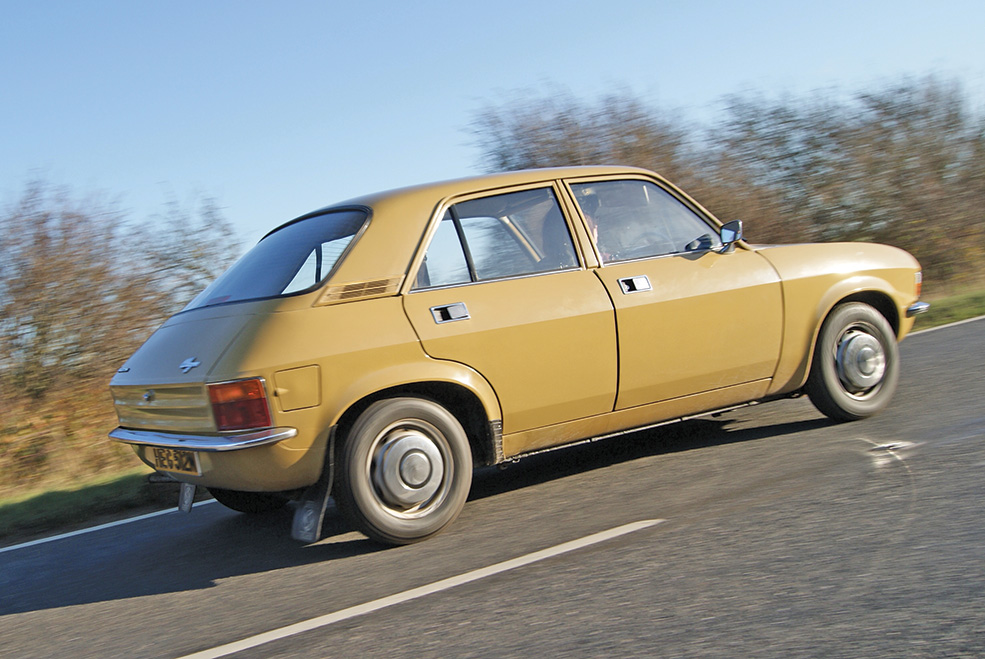 Austin Allegro
The Austin Allegro proved to be surprisingly popular during its nine-year production period between 1973 and 1982. As a way to introduce clearer lines between all of the brands under the British Leyland umbrella at the time, BL tended to use the Austin badge for the transverse-engined front-wheel-drive layout developed by Alec Issigonis, while Morris models went down the route of more traditional engineering.

Like the Marina, the Allegro has been the butt of many jokes over the years, but was the fifth best-selling car in 1975, one place behind its sibling. The Allegro replaced the ADO16 1100 and 1300 models and style-wise, it opposed the more angular and sharp-edged designs that were emerging at the time.

The model was powered by its front wheels and initially used the A-Series engine, along with the familiar sump-mounted gearbox. The higher specification options featured 1500cc and 1750cc variations of the E-Series engine. In 1974, an upmarket Allegro, badged as the Vanden Plas 1500, complete with veneer, leather and picnic tables, was introduced. In early Allegro models, the famous square-circle Quartic steering wheel can be found (which was added to give drivers extra room) but didn’t take off and was dropped in 1974.

The Allegro 2 came about in 1975, running until 1979 and featuring mild styling updates, alongside changes to suspension, braking and drivetrain components. It would be followed by the Allegro 3 from 1979 to 1982 which featured cosmetic updates but by this time the Allegro model was already looking outdated and the Maestro was ready for launch. 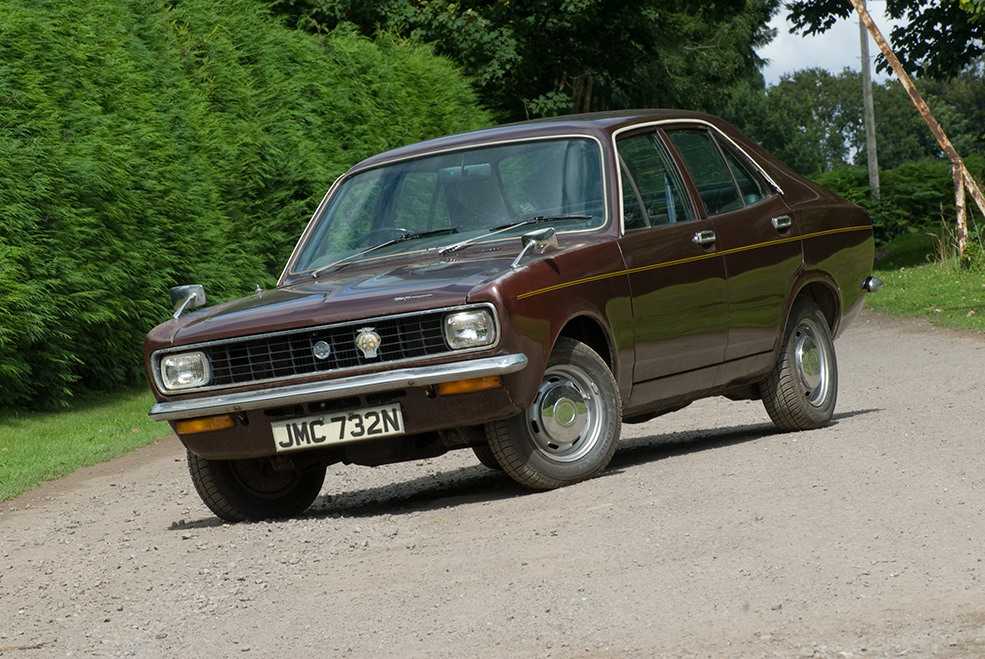 Hillman Avenger
The Hillman Avenger signalled the last gasp of the Rootes Group and would be produced under three badges during its production life: initially Hillman, then Chrysler from 1976, finally wearing a Talbot badge from 1979 until 1981 after Chrysler Europe was acquired by Peugeot.

Initially produced at the Rootes plant in Ryton and later at the company’s Linwood plant in Scotland, style-wise the Avenger was highly up-to-date with its transatlantic styling influences courtesy of Roy Axe but in engineering terms was as simple as the Imp had been adventurous. With a four-cylinder engine and rear drive via live rear axle (with coil springs and a four-link set up giving it an advantage over the Ford), it was an all-new design and competed with the Escort, Marina and Viva with some success: sales peaked at 78,000 a year and some 750,000 examples were shifted during its 11 years on the UK market.

Using a four-cylinder OHV engine featuring 1250cc or 1500 displacements and later 1300cc and 1600cc, the Avenger was regarded by the press at the time as being better than the Morris Marina. The car’s bodyshell was one of the first to be developed with the assistance of computer-aided design techniques and was both lightweight and rigid for the era.

Initially available as a four-door saloon, a five-door estate was later introduced (1972) along with a two-door saloon in 1973. One particular innovation seen on the Avenger was the plastic radiator grille – a first in Britain – and even after it disappeared from the UK market it flourished abroad: like GM’s Chevette, the Avenger had been designed by Chrysler as a world car and would also be sold as the Plymouth Cricket in the US as well as being built in Chrysler’s South American plants until as late as 1990. Oddly enough, those final cars were sold with VW roundels on their nose after the German firm’s acquisition of Chrysler’s Argentinian operations.