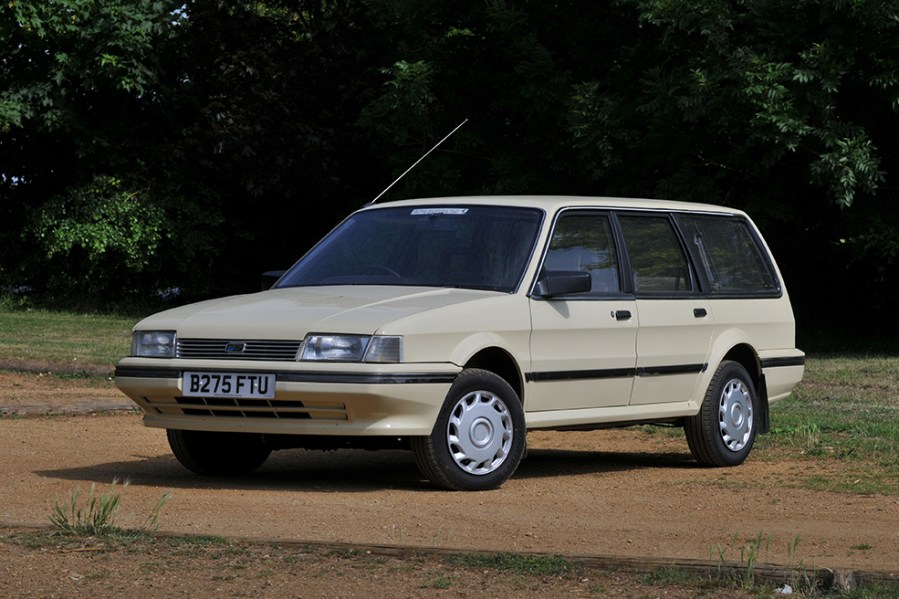 While the Ford Cortina was busy stealing headlines, the Austin Montego lived in its shadow. Does history remember it wrongly?

British motoring history, unfortunately, is full of a great many ‘What If?’ moments; cars that might have been all-time greats if they’d been built under different circumstances. From the Landcrab to the Metro, Britain (and British Leyland) does ‘nearly’ better than anyone else.

Another example of this is the Austin Montego, a car which right from the start didn’t have the smoothest introduction to life. The Montego was intended to be the replacement for the Morris Marina, but spare funds and co-operation from the workforce were in short supply, so the Ital was shuffled in as a half-hearted Marina facelift, then the Triumph Acclaim took over from there. Ultimately the Montego was around seven years later to market than originally planned.

When it did eventually go on sale, however, BL was keen to tout the Montego as an advanced new model. It was fitted with the new overhead-cam S-Series engine, replacing the gearbox-in-sump E-Series fitted to the Maxi. Sadly despite claims of a smoother gearchange, the reality was a distinctly rubbery, vague shift that often required force to get a gear at lower speeds. The marketing men conveniently forgot this fact.

Even the estate variant of the Montego was noteworthy, featuring two extra seats folding out of the boot floor, some models sported self-levelling suspension – Mercedes-level stuff – and designer Roy Axe won a Design Council award for the Estate specifically. British Leyland’s marketing never failed to hype up new products and the Montego was no exception, with stunt driver Russ Swift piloting the Montego through the office car park on two wheels in the TV advert. It may have just been another sales rep saloon, but BL would have you believe this was the next big thing.

Sadly by the mid-1980s, Leyland’s reputation for poor quality and unreliability was more prominent than ever and the Montego was no less affected; plastic bumpers were cracking in the sun within three years, miscellaneous interior trim would rattle and often come loose if a door was slammed too hard and within a decade, rust was bubbling up on panel edges. Anyone reading who worked in a Leyland or Austin dealer in the 1980s will no doubt recall endless Montego warranty claims and repairs and because they were of such poor quality when new, they don’t last. 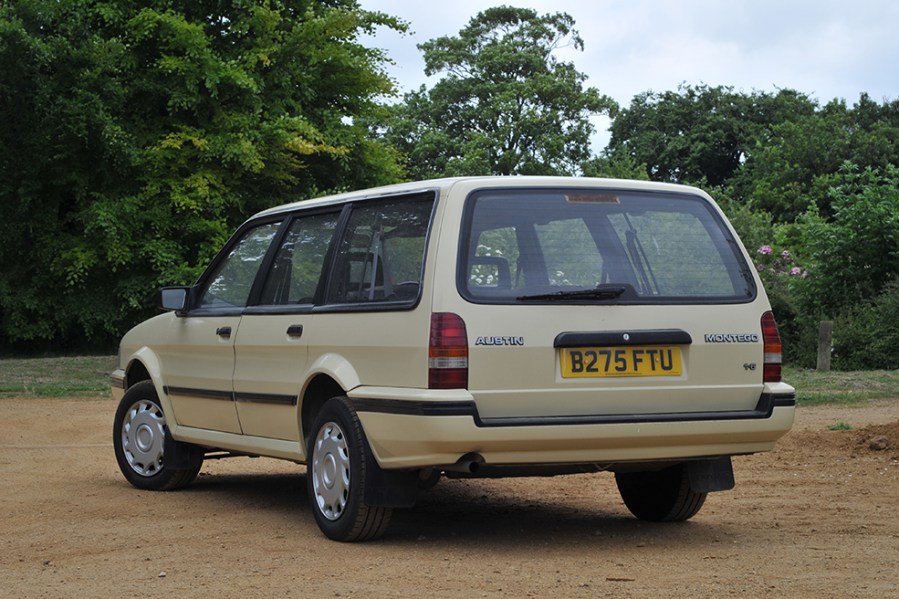 Fewer than 140 remain taxed on British roads today and a survey conducted in 2006 revealed that the Montego was the eighth most scrapped car in British history. Between the delayed launch, lacklustre quality, uninspiring styling and failing to bring anything new to the table, it’s easy to see why so many people think badly of the Montego.

But like its predecessors in the BL stable, time has been kind to the Montego and without the preconceptions of what it was like, I went into my drive in our pictured car with an open mind. There’s no denying the rumours of poor quality ring true even on cars that survive to this day – our car has just 32,000 miles, yet sports various rattles from the doors and dashboard, a sagging headlining and cracked upper dash panel. Granted, some of this may be down to its 37 years of age, but general consensus as to the quality of these cars suggests otherwise.

The gearchange ranges from rubbery to unpleasant, with no discernible gates between gears and even the third-to-fourth shift requiring a definite throw. But the gearchange is one fly in what is otherwise a pleasant ointment – the 1.6 S-Series in our car may be low mileage, but there’s no denying it’s smooth, reasonably torquey (delivering peak torque at just 3,500rpm) and doesn’t feel underpowered for such a big bus. After a 140-mile drive in our Montego, I was neither deaf from a droning engine note, nor exhausted from working it to keep up with motorway traffic. The ride certainly helps that relaxation, with soft suspension that absorbs all manner of bumps, undulations and rough surfaces with ease. I’ve driven quite a number of 1980s cars and I can confidently say that to get a comfier ride, I’d have to be driving our Bentley Turbo R.

The soft long-travel suspension means there is a fair amount of body roll and even one man up with no luggage, the Montego leans over onto its doorhandles. That said, it hangs on well even on the budget tyres our car wears and the steering is reassuringly direct and feelsome. It would be daft saying it handles like a sports car, but you’d be surprised how well such a mundane family estate car can carry speed once you’re used to the lean. It’s a relaxing, easy car to drive long distances, but if a closed road leaves you driving cross-country, the Montego is perfectly capable of covering ground quickly, thanks in no small part to that soft suspension ironing out bumps.

It’s also very practical, with a spacious cabin for five and a vast boot complete with a pair of occasional jump seats for kids. This is a classic perfectly capable of doing the daily grind with aplomb, no matter how many family members, dogs or loads of shopping you throw at it.

Maybe that’s part of the Montego’s charm: it’s willing to do any task asked of it and continue to provide a smooth, relaxing driving experience. The fuel economy of our 1.6 S-Series is reasonable at around 32mpg on a run – but find one with the Perkins diesel engine and you expect well north of 40mpg..

Given the low Austin Montego survival rate, it’s easy to forget that BL sold 436,000 examples despite the general negativity surrounding them. it was a huge success, and any that made it this far should be preserved.

Driving ours, I always get at least one “I remember those! My Dad had one of those!” from a passer-by. It brings back memories for people, it means something to them – and that’s what classic cars are about.