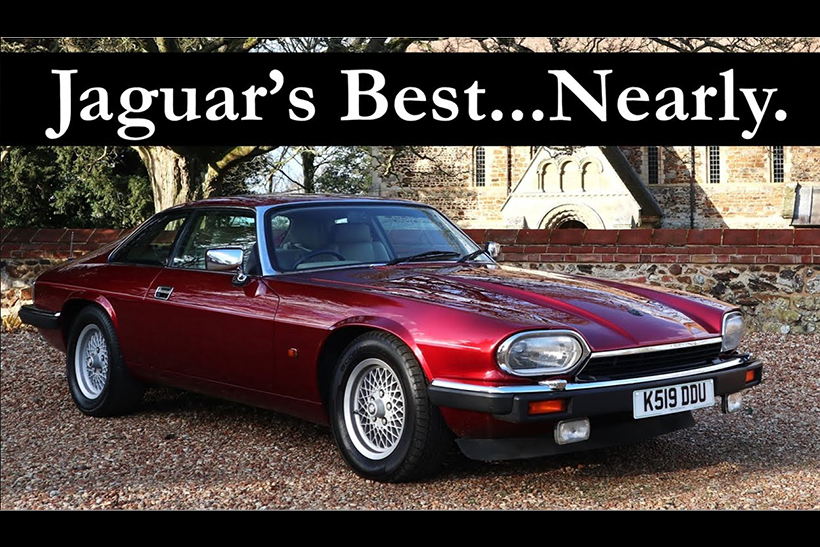 Taking over from the E-Type was always going to be difficult and many argue the Jaguar XJ-S failed to live up to its predecessor. It may be flawed, but Phil thinks it remains a deeply likeable car and a classic in its own right.

Introduced in 1975, it was based on XJ6 Series 1 underpinnings and was to be a grand tourer; a long, relaxed sports tourer, which was perfect for Jaguar’s main audience at the time, North America. It’s powered by a 5.3-litre V12 engine but arrived at a time when huge engines weren’t what was wanted. It arrived during a time when there were severe concerns about petrol rationing due to conflicts in the Middle East.

It wasn’t the only obstacle in the Jaguar XJ-S’s way as at the same time as the oil crisis, North America was debating introducing new legislation that would rule out the idea of convertibles. As a result, the Jaguar XJ-S was launched as a coupe only and we didn’t see a soft top until 1983 with the cabriolet and then a full blown convertible in 1987.

The car Phil is driving here is a 1994 example, and it’s hard to imagine that this design was nearly 20 years old. By the turn of the 90s, there were few cars on the road that carried this level of design. This car also features the twin headlight system used on American-bound cars, which proved to be a popular upgrade amongst owners thanks to improved visibility at night.

Initially, the Jaguar XJ-S was almost axed thanks to pitiful sales. But once sales picked up, it eventually went on to out-sell the elegant Jaguar E-Type, its predecessor.