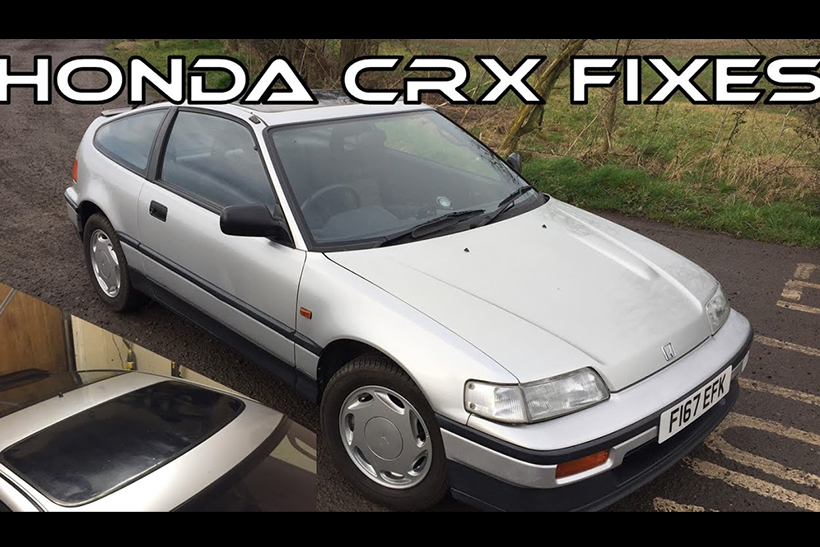 With limited radio channel options on our 80s coupe, we thought it about time we get the Honda CRX aerial fix in place ready for any upcoming road trips.

Listening to the radio has been a simple pleasure in vehicles for decades. So when you jump into a car that suddenly doesn’t have a radio that works entirely, you’re sat there in complete silence as you go about your business, and quite frankly, that’s an odd sensation.

For Paul, enough was enough and it was time to get operation Honda CRX aerial fix on the go ready for any upcoming trips. At first, it doesn’t appear like a tough job; simply unscrew the aerial block itself from the a-pillar, trace the cable back underneath the steering column and pull the aerial back through and out of the car. But nothing is as simple as it looks from the outside.

Hours later and many cursed words thereafter and it was sorted. Not before Paul needed to cut the new aerial adapter and solder it back together once the aerial was in place. At least now he can listen to his precious radio 2 in peace.

Next up on the job list was the sunroof. It was the only area that the Kelsey Honda CRX giveaway car was suffering from rust. Having taken it to his favourite body shop, the mechanic truthfully said that a repair job wasn’t feasible, with nothing to properly weld onto that wasn’t rust. A complete replacement part was only available from the States, and with that came a hefty price tag as well as import duty and cost of delivery, so we ruled that out.

After days of research, Paul came across a chap selling fibreglass replacements. While it doesn’t stick to the original car’s features, it does mean that the roof is sealed properly. Blown away by the quality of the product, all Paul had to do was fit it into place and vinyl wrap the piece in satin black to give it a tinted glass look. The plan in the future is to spray it alongside respraying the bonnet to refresh its look.