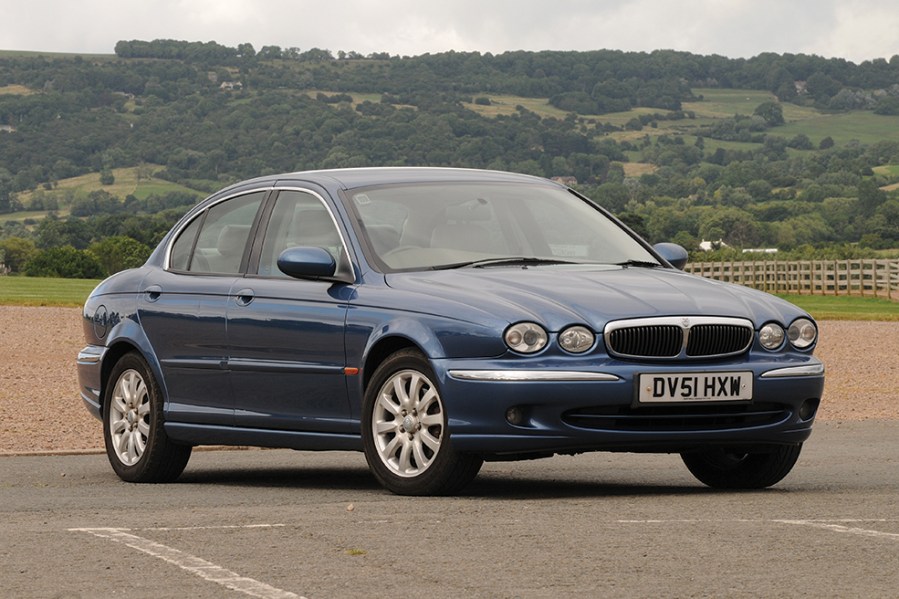 The 90s was a fascinating decade for the motor industry as a whole, characterised by a general scrabbling to reach a so-called ‘critical mass’ production volume. It was this trend which saw a wave of mergers, takeovers and collaborations including Volkswagen Group’s takeover of Skoda, the Renault-Nissan Alliance, the creation of the ill-fated DaimlerChrysler… and of course, rather more relevant to us here, the acquisition of Jaguar Cars by Ford Motor Company and Rover’s purchase of Rover Group.

In the case of Jaguar, the accepted history is that Ford was kept busy in the early years updating the production facilities which is why it took a decade after the takeover for an all-new model to be launched, with extensively updated XJ and XJS models holding the fort in the meantime. When the first of the Ford-era Jaguars was launched, it was the unashamedly retro S-Type in 1999 which was swiftly followed by the X-Type in 2001.

The S-Type had lifted production volume above the critical 100,000 mark for the first time, but Ford was keen to raise the bar even further by adding a smaller model to sit below the S-Type and challenge the BMW 3 Series.

All fine in principle but not quite so easy in practice since all the smaller platforms within the Ford empire used a transverse engine allied to front-wheel drive… which simply wouldn’t fly as a Jaguar product. This meant that pretty much the sole choice was the ‘CD132’ platform as found under the 2002 Mondeo, which was comprehensively re-engineered by Jaguar including the addition of four-wheel drive to avoid the stigma of a front-driven Jaguar.

The front suspension was revised, while in the conversion to all-wheel drive the rear end received what was essentially the independent rear set-up developed for the Mondeo estate. In the Ford this was used to give the estate a flatter load area but in the X-Type it allowed a rear subframe and differential to be added for rear-wheel drive.

The 4×4 system used a separate transfer box with a viscous coupling to send drive to the rear wheels, the car retaining a rear-biased torque split. Engine options initially included 2.5 and 3-litre versions of the Duratec V6, joined by a smaller 2.1-litre V6 (badged as a 2-litre) in 2002 as a front-drive only offering. Meanwhile, the first four-cylinder Jaguar since the days of the SS models appeared in 2003 in the shape of the X-Type diesel.

Using the 128 bhp two-litre unit from the Ford Mondeo TDCi, it was available only in manual front-drive form, while the estate joined the range in 2004. In 2007 the diesel option was upgunned to a 2.2-litre, 152 bhp option which transformed its performance and with a facelift, the X-Type continued to sell in reasonable numbers until it was axed in 2008(?) when the Halewood production line was earmarked by Jaguar Land Rover for the new Evoque. Jaguar wouldn’t return to the market until the launch of the divisive XE in 2015? 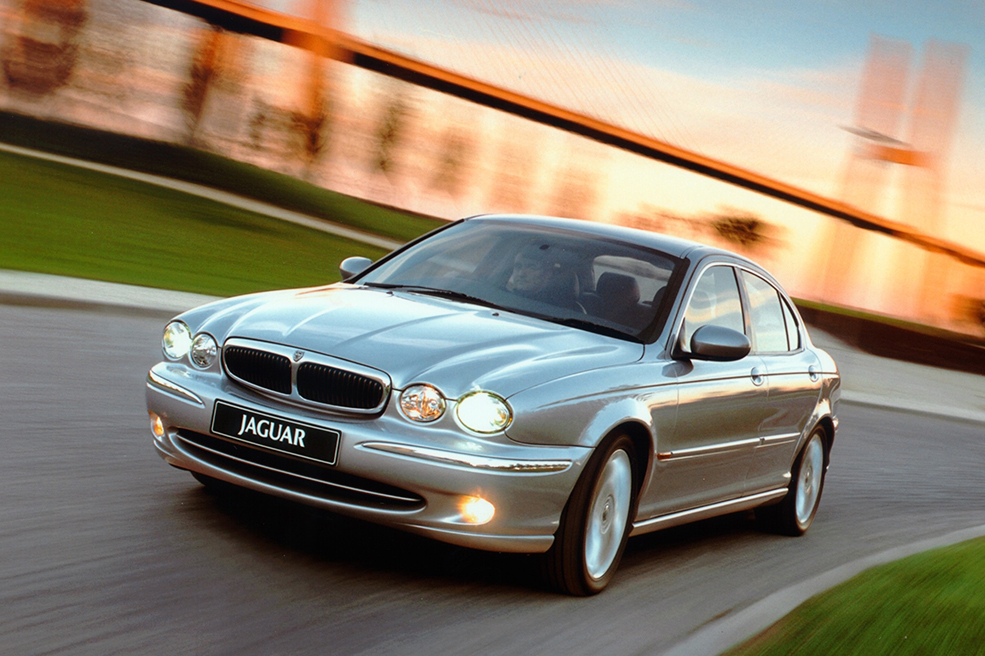 For some years now, the X-Type has been lingering in a twilight zone with a small but enthusiastic following and general indifference from the traditional Jaguar enthusiasts. Unloved by the market and car trade in general, the X-Type is now an astoundingly cheap car – but does that make it a secret gem?

The answer most likely is a resounding yes. It’s not without good reason that many of the classic car dealers rely on an X-Type estate as everyday transport, appreciating its compact size, modern dynamics and easy-going nature… as well as its bargain bucket purchase cost.

The diesel still commands something of a premium but the higher potential maintenance costs make it one for drivers doing bigger mileages, while the oil-burners were offered only in front-wheel drive form meaning they don’t come with the handy winter traction advantage.

All of which makes the V6-powered cars the ones to have and in either 2.5 or 3-litre form the X-Type is a very capable car. Yes, you can spot bits of Ford-derived trim and switchgear here and there, but the same goes for a contemporary Aston Martin and the Mondeo platform was in truth a very good place to start.

The Duratec V6 is a tremendous engine, smooth and largely reliable, too. It’s perhaps at its best in 3-litre form since the 2.5 needs working that bit harder, especially with the automatic box and a nicely maintained X-Type is a pleasurable way to travel.

So largely positive, then? Not entirely. The cars do have a habit of rusting in the sills and the plastic covers make this difficult to spot before it becomes a serious issue. Repair sections are now available and if you intend to keep the car then just budget for the cost of a repair which may well be more than its market value.

The other Achilles’ Heel of the 2.5 and 3.0 models is the transfer box for the four-wheel drive. Packaging constraints mean the unit is exceptionally compact which in turn means it doesn’t have a huge oil capacity. This naturally means that the slightest leak will mean it’s running perilously low and ultimately will fail. It’s tricky to change the fluid inside the unit, since it has no drain plug, but as we’ve discovered, there are ways round it.

Other than that, you might have to split the headlights to replace broken adjusters and get busy with a leather refurbishing kit, but the paintwork on these cars is of a high standard and even a cheap car can be made to look very respectable.

Back in 2016, we’d decided on an X-Type as the next project car for our sister title Classics Monthly and several of us started shopping around. What we discovered was that very often the £1800 cars weren’t as good as the £500 cars and after looking at far too many overpriced wrecks we started to consider the lower end of the market. On a Saturday afternoon tip run, I noticed a 2.5 manual car on a local dealer forecourt with a £495 banner in the screen which I subsequently discovered was being advertised online at even less.

I called in on the off-chance, kicked the tyres and after some friendly banter with the trader we shook hands on £325 cash and I drove it away. He’d been using it himself until the MoT expired and commented on what a nice car it was, pointing out that the clonk from the front would probably mean a fail sheet.

I duly dropped it in at my local garage and later the same day I duly had my fail sheet. But incredibly, the car had failed only on a broken front spring and top mount – which certainly explained the front-end knock. 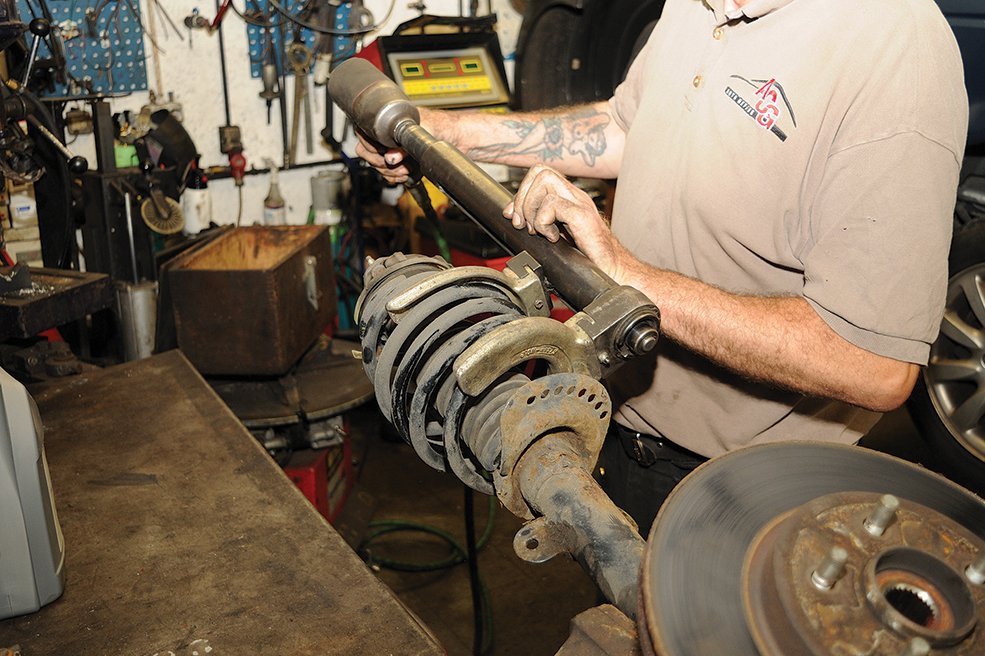 Replacement front spring and top mount was all it needed for an MoT pass.

The parts arrived next day from DMG and just 24 hours later I had an MoT’d X-Type for under £500. Sure, the ‘check engine’ light was glowing merrily thanks to a failed oxygen sensor and the heater smelled a bit oily but it certainly drove well.

Almost immediately the car was pressed into daily service with a colleague who had the air con gassed up, the oxygen sensor replaced and traced the smelly heater to a crank oil seal. This was easily replaced via the hatch in the inner wing and was a 30-minute job.

A while after that we had the propshaft centre bearing replaced to cure an odd groaning noise on cold mornings and with the car looking like a keeper, we decided to attempt changing the oil in the transfer box.

This isn’t easy since even using the siphon pump in a well-equipped workshop we weren’t able to get all the oil out, so we resorted to the procedure detailed in the Jaguar factory workshop manual. This requires the car to be tilted to a crazy angle to effectively tip the oil out and although it can be done at home with trolley jacks, we chose the safer option of having the garage do it with their lift. 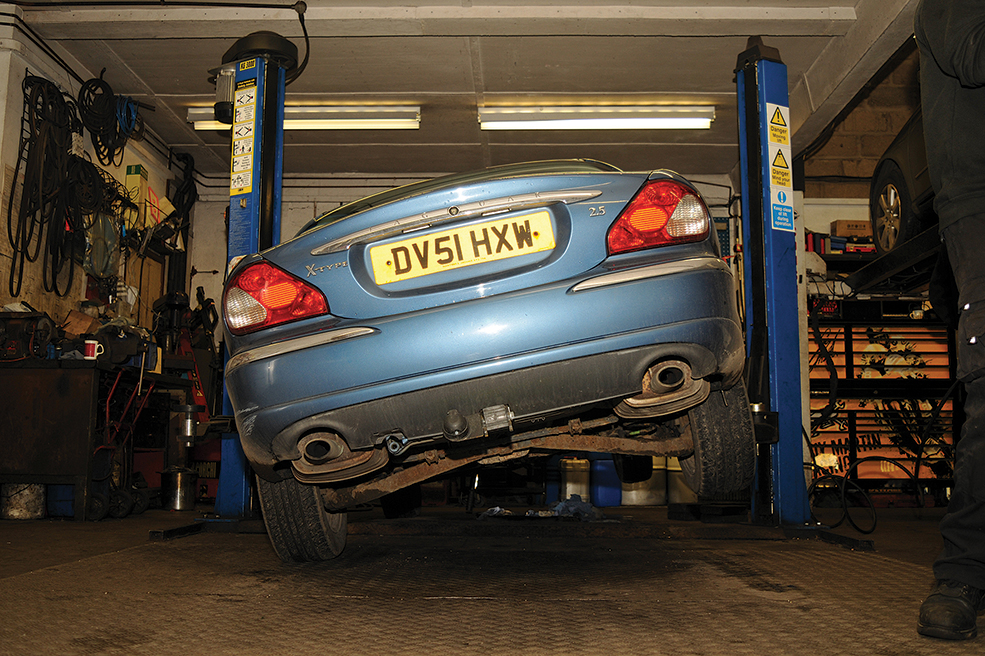 Changing the transfer box oil required tipping the car to a crazy angle.

Much hilarity ensued and we completed the job easily, filling it with the correct fluid from the local Jaguar dealer.

As far as mechanical maintenance goes, that was about it, with other tasks being mostly DIY. The most satisfying was a rebuild of the headlights, which were so poor as to make night driving downright dangerous. Investigation showed that the adjuster mechanism had disintegrated inside the lights and although higher-quality replacements are available online, the lamp units need to be split to fit them. This was achieved using a heat gun and much patience, with the rebuilt lamps reassembled with black Puraflex mastic and the lighting was transformed – especially after the cloudy plastic lenses were polished properly.

During our ownership, we racked up some 20,000 miles in our £325 X-Type and the car was a favourite on our office fleet. 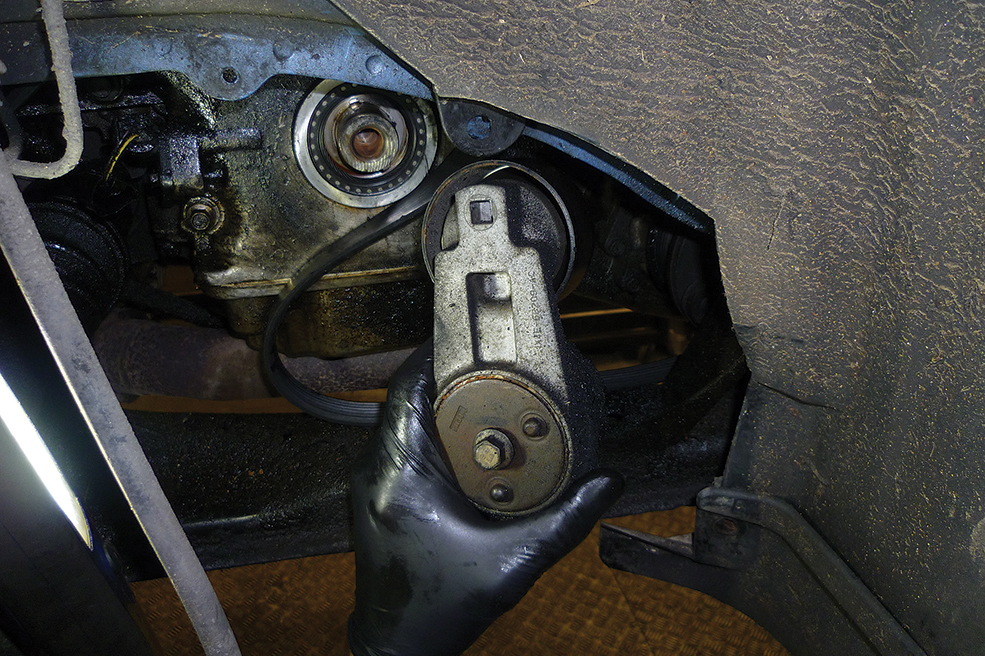 Crankshaft oil seal was a simple job through the inner wing access panel.

There is a twist to the tale though. When we decided to move it on, we took it for a fresh MoT test and of course by then the sills needeymd welding. The cost was modest in absolute terms but hefty against the value of a 135,000-mile X-Type but we’d become so attached to the car that we decided to save it rather than send it over the weighbridge.