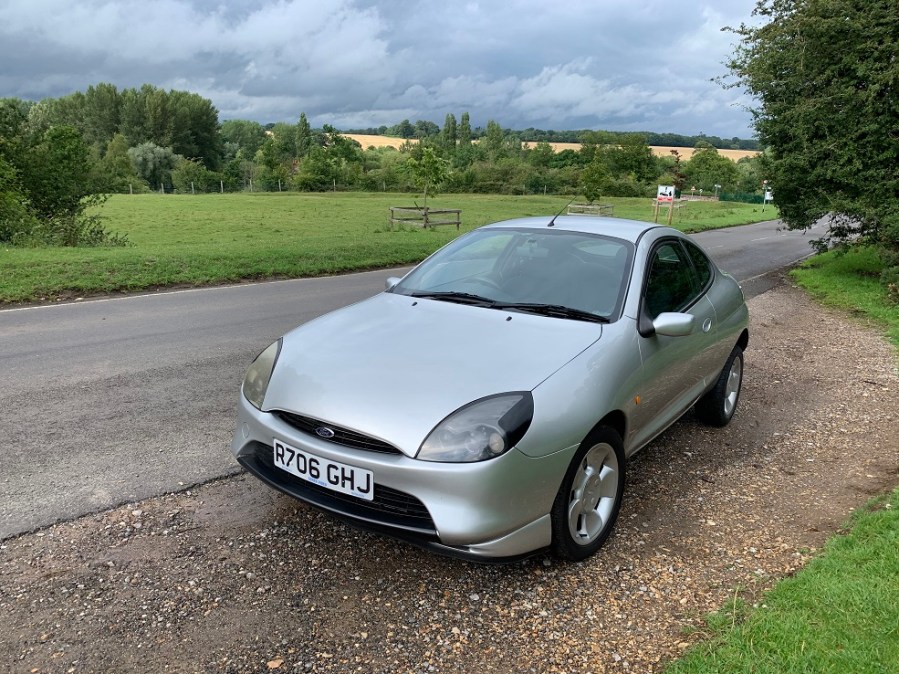 Work on our Ford Puma 1.7 up until recently had largely revolved around service consumables and fixing loose or tired bits of trim. However, after a few longer trips, I noticed the exhaust note had become rather more vocal than before.

A quick peer underneath revealed the original factory-fitted system, but after 22 years, gases were exiting from several places that Ford hadn’t intended.

Back at the factory, Ford fitted the exhaust before installing the rear beam. Aftermarket systems are two-piece to allow for removal, but as this was the original, I had to cut through it using a variety of angle grinders and patience. I initially set about it using massive grinder with a menacing nine-inch cutting disc, but to be honest it scared me witless and I feared I’d slice through the bottom of the car as well, so I finished the cut using a 4.5-inch grinder instead. Fortunately, the aged bolts holding the system to a flexi pipe at the front also came undone without too much drama.

With a genuine Ford system no longer available, I looked around at the various aftermarket options. Discounting a sports system on the grounds of cost and potential noise, I went for a pattern system. It was fairly cheap at £60-odd and went on easily enough with the aid of new rubber hangers and a clamp to join the two sections. Sadly though, the oval tailpipe didn’t sit straight, so it was a case of trial and error until I could get it somewhere close to being right. Oh, and the nice stainless tailpipe trim from the original system is now a bland mild steel one. I had looked at drilling out the spot welds and transferring the trim over, but the pipes are of a different diameter, so it won’t fit. A project for another day, perhaps. At least its sounds proper again.

Elsewhere, I also changed the inoperative old Ford radio cassette player for an aftermarket Sony unit, which necessitated fascia and wiring adapters. Naturally, I ordered a silver fascia to match the Puma’s dash, but a black one arrived. Still, a £9 for the complete kit including postage, I can’t really moan. In any case, it’ll soon be coming out again. Why? Well a pal noticed a proper Ford CD player in the correct silver online and managed to bag it for just a tenner. I just need to figure out a way to sort an aux input for my phone, as I’ve no idea when I last saw any of my CDs, let alone played any of them.

Back in May I also reported that there was oil leak, which I suspected was the rocker cover gasket. As my local Ford dealer was closed and the aftermarket ones aren’t rumoured to be much cop, I hadn’t sourced at replacement until now. At over £50 it’s comfortably the most expensive rocker cover gasket I’ve ever bought, so let’s hope I don’t make a pig’s ear of fitting it. 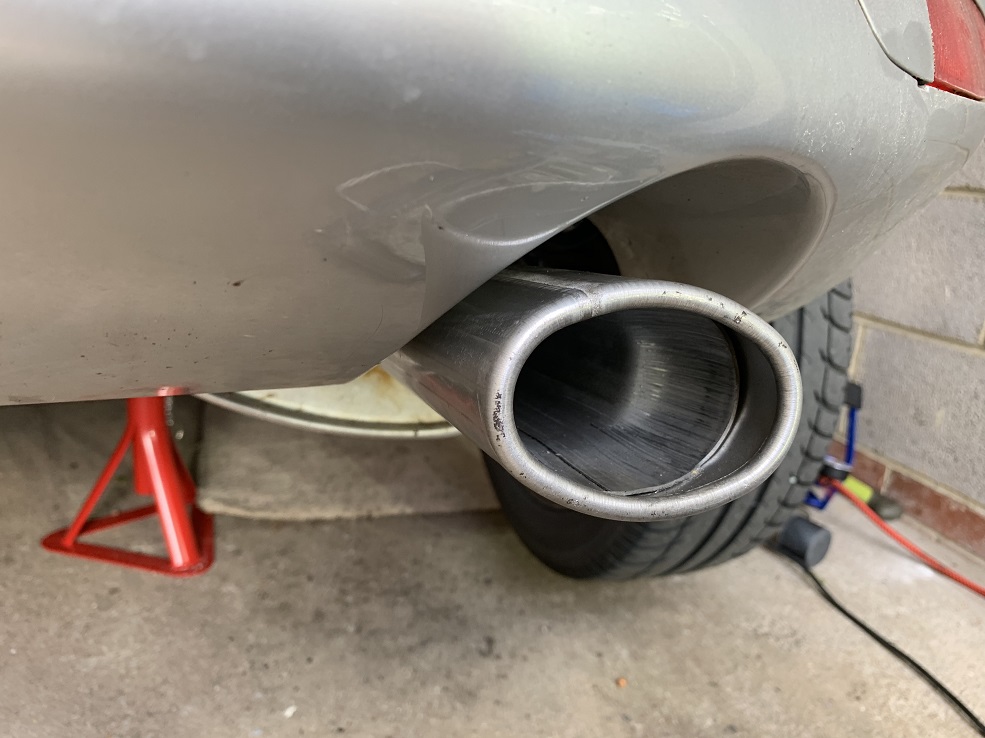 The new exhaust is now in place. No shiny stainless tailpipe, sadly. 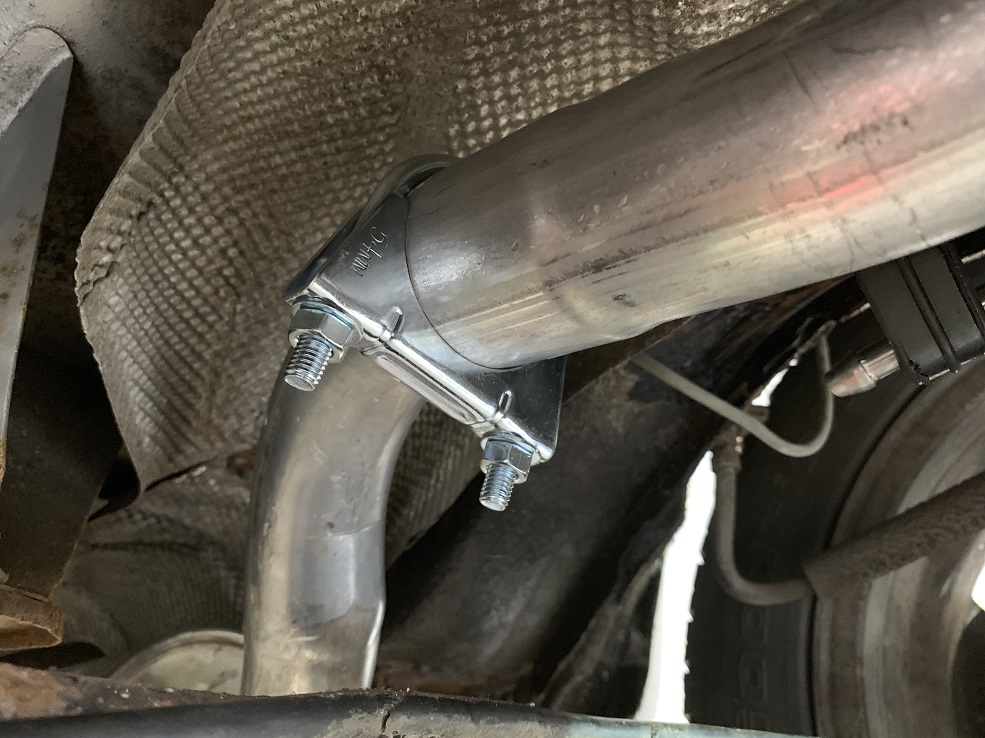 The replacement system is a two-piece, rather than the stock one-piece affair. 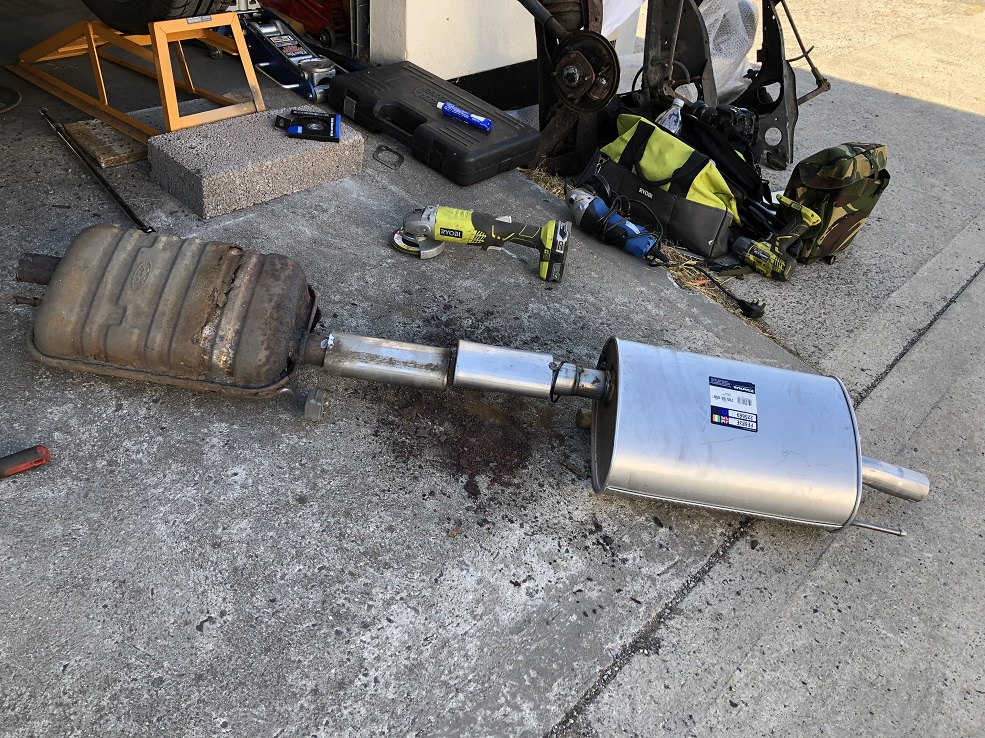 Sadly, the original exhaust is of a smaller bore than the replacement, so the tailpipe trim won’t fit without some involved surgery. 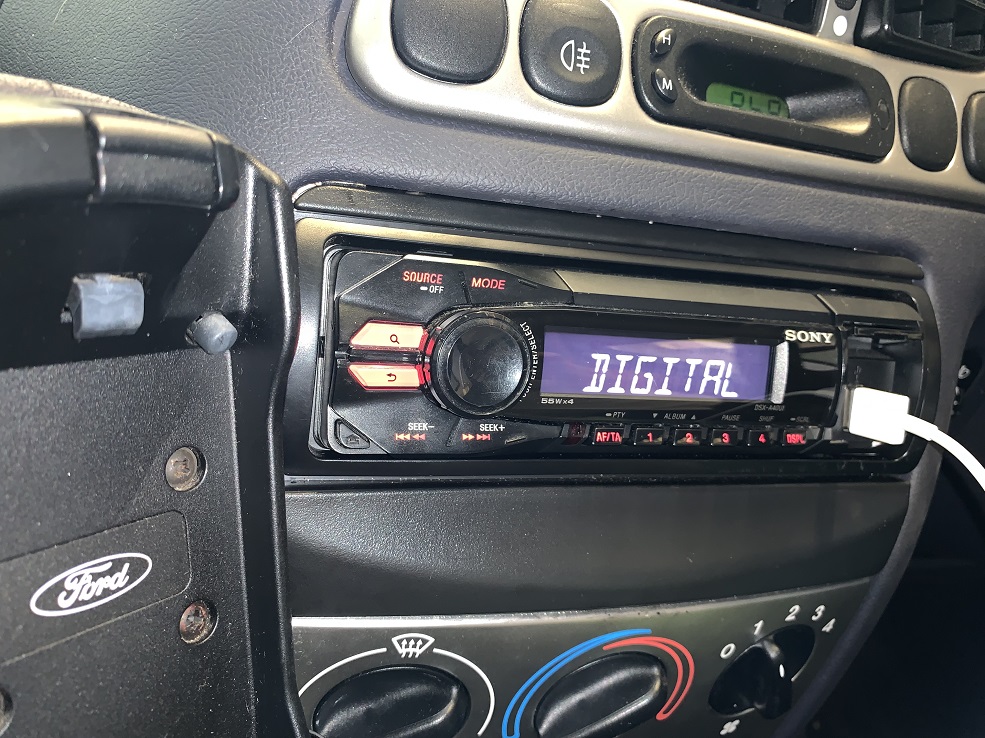 Inoperative head unit has been replaced with a Sony item, but it’ll soon be coming out again. 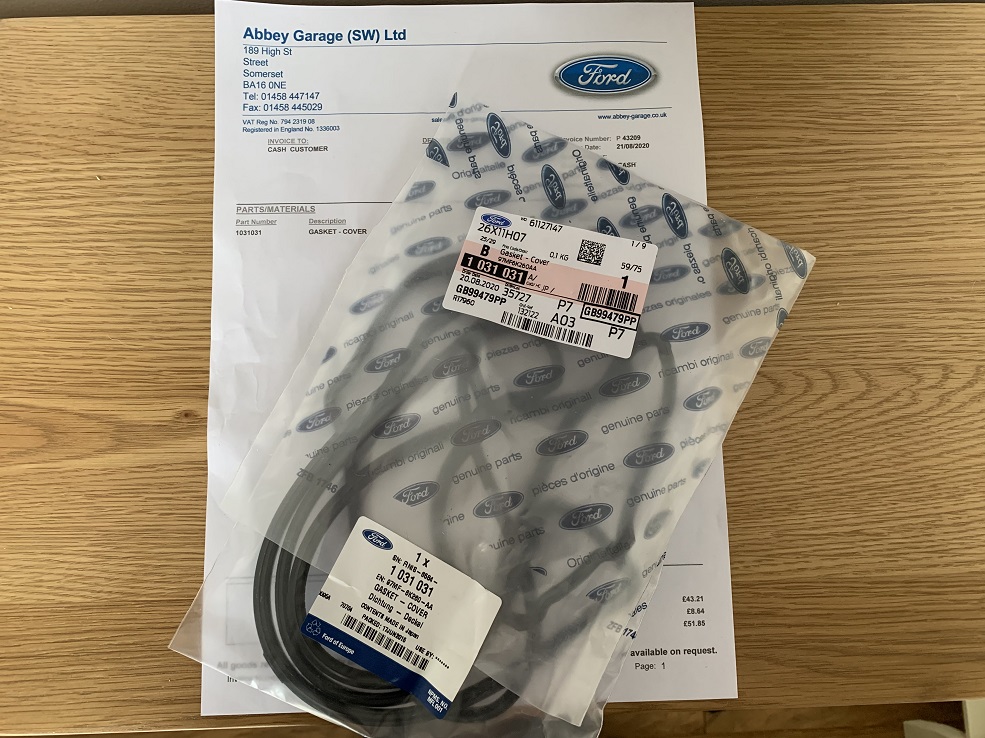