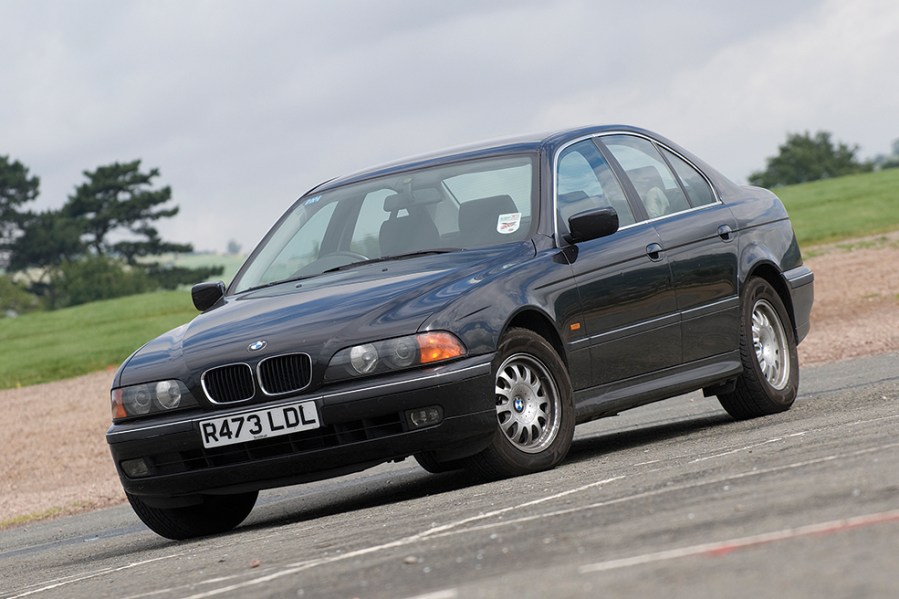 The E39-generation BMW 5 Series is arguably among the best cars ever made. Here’s how we got on with ours

Inspired recently by a late 70s magazine test of ‘Best car in the world’ candidates, we fell to discussing options other than the obvious Rolls-Royce, Daimler and Cadillac, whereupon at least two of us suggested the fourth-generation BMW 5-Series. A stretch, you might think to propose a mass-produced executive saloon as the equal of the Double-Six or Silver Shadow, but there’s some credibility to the idea.

A big leap forward from previous generations, the E39 represented the state-of-the-art in car design when it was launched, offering a combination of safety, performance, handling and efficiency which has only been incrementally bettered since then. Indeed, BMW’s own follow-up, the E60 upped the game only in the levels of on-board gadgetry, while its hybrid part-aluminium construction proved to be a technology dead end.

With a range spanning the anonymous plastic-hubcapped 520i saloon to the V8 estate, the E39 line-up was topped off by the astoundingly capable M5 and also introduced the world to the concept of the diesel as a performance car.

As the cars have aged, they’ve also proved to be remarkably robust, which means they survive in large numbers. The part-galvanised bodywork doesn’t dissolve into frilly-edged shabbiness unless shamefully neglected and there’s no particular Achilles’ Heel which will kill them. Rather, the E39 tends to decline gradually and will take a massive amount of abuse before finally being beyond repair.

The appeal of the car goes beyond the basics, too. Sure, the 400bhp M5 is one of the best performance saloons the world has ever known, but a cloth-trimmed 523i automatic is still a mighty fine way to travel in comfort.

Production of the E39 first began in 1996, arriving in the UK in April. The launch line-up consisted of the 150bhp six-cylinder 520i, the 170bhp 523i, the 528i and the 540i V8, with the 535i V8 arriving later in the year . All were offered with either five-speed manual (six-speed for the 540i) or ZF automatic transmission, the self-shifter offering the Steptronic ‘manual’ mode accessed by nudging the lever across the gate.

The E39 was replaced by the E60 in 2003, but the new car initially failed to convert the more enthusiastic BMW owners, even if it was similarly successful in the fleet world. The major difference was that even a base-model E39 felt like a premium product, whereas the E60 needed to be highly specced to avoid feeling decidedly humdrum: the leather-lined press launch 545i’s on chunky wheels were a world away from the lease-spec 520d with flat cloth seats and plastic hubcaps. 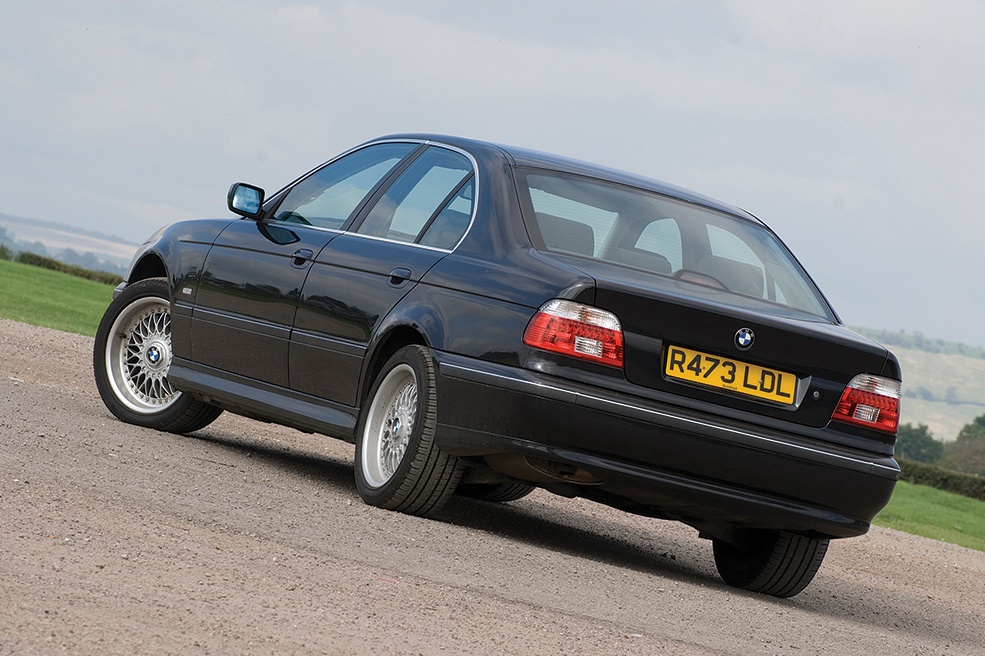 We’ve run not one but two E39s as project cars on various magazines here at Kelsey, while our man Aaron has recently acquired his own 528i. And all of them have offered the blend of qualities for which the car has rightly become famous.

The first was acquired in 2008 and was at first sight somewhat underwhelming: a timeworn 523i automatic plucked from the auctions, its Cosmos Black flanks bore the scars of its 80,000 miles and on its plain 15-inch wheels it had the aura of an undercover CID motor.

It didn’t look like that for too long though. Our initial modernisation included swapping the headlamp covers for aftermarket replacements with clear indicators to give the post-facelift style, which we matched with the rear light clusters. A set of used 17-inch BBS cross-spoke alloys finished it off temporarily, but then we got serious.

One of our first jobs was also to reverse the direction of the Steptronic ‘manual’ mode on the automatic box, which was done by BMW for the 2002 model year. A simple switch of the wiring and the appropriate shifter surround or a printed label finishes it off and pushing forwards to change down does seem more intuitive.

Although it’s a 2.5-litre engine, the 523i is effectively strangled by a small inlet manifold and although it produces a quoted 170bhp, that’s found right at the top end and certainly in automatic form it makes the car feel sluggish and breathless, with economy suffering thanks to constant kickdowns.

Flushed by our success, we treated the 523i to a makeover using the bumpers from the late-model M Sport cars, together with a set of ‘M Parallel’ style wheels, staggered in the best BMW tradition, 8×18 front and 9.5×18 rear. The transformation was impressive and the car looked entirely different, especially after we’d used a satin black vinyl tape to cover the chrome window surrounds for a budget Shadowline effect. 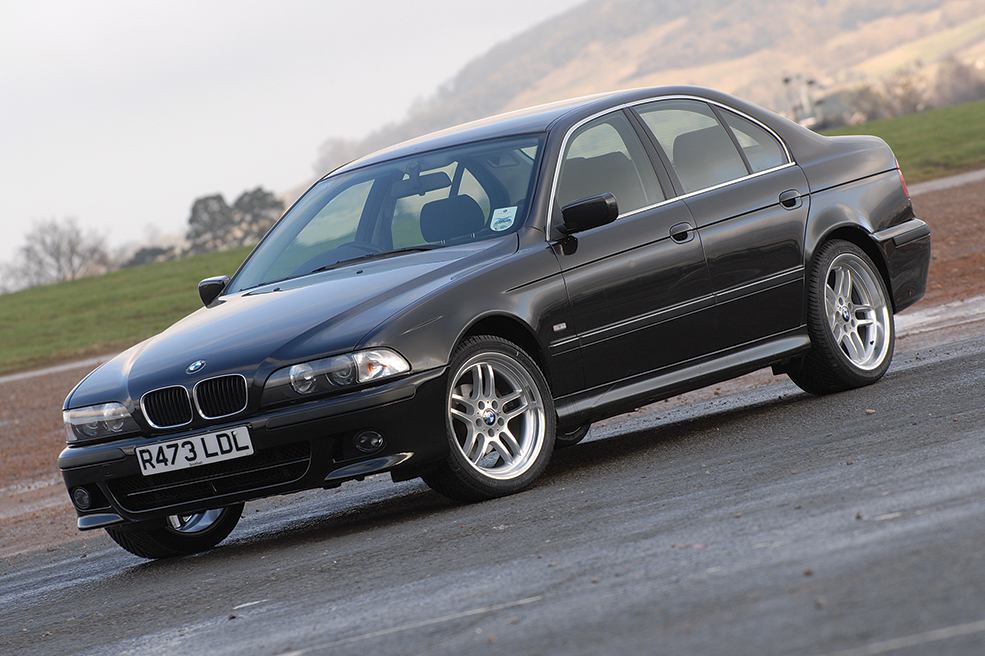 After switching to the 18s, a shimmy under braking became pronounced to the point where we could no longer live with it. The issue was eventually traced to a distorted rear hub, which was replaced by a used part and sorted it out.

Impressively, that was the only unscheduled mechanical repair we had to make to the 523i during our year of ownership and it would then live another eight years before dropping off the DVLA’s radar, still with a valid MoT at 142,000 miles.

Our second E39 project car was a rather more promising base: a 530d Touring automatic complete with black leather, factory navigation and removable towbar.

As  acquired in late 2009, the car was showing its 124,000 miles but underneath the grime there was a really nice car waiting for us. The major issue was the state of the interior, the leather dirty and stained, but before we coughed up for a good used replacement interior, we took a chance with a leather refurbishing kit from Gliptone and after half a day cleaning and colouring the seats, they came up almost like new – and certainly smelled like new. It’s a simple job to do at home and transformed the car for just a few quid.

We then acquired a software disc to upgrade the navigation system to the later split screen style and added a Dension interface to allow aux inputs and music played from a memory card. Shortly after this though, the audio system developed a habit of muting itself, at which point pulling over and slamming the tailgate generally brought it back to life. 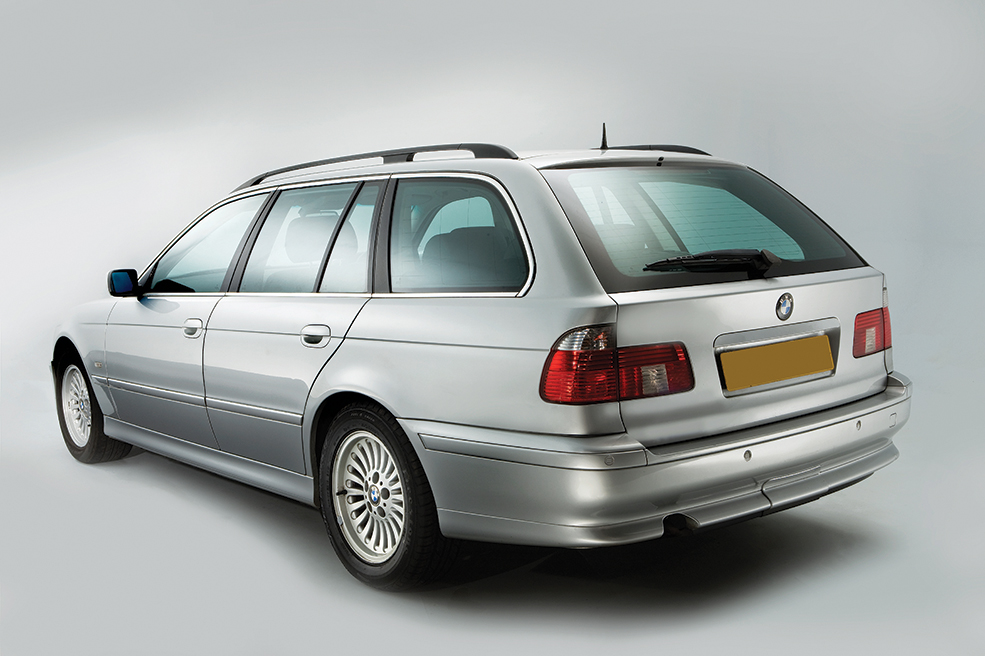 The issue was the common one of ‘dry’ solder joints in the boot-mounted amplifier and it was easily cured by removing it from the car and using a magnifying glass to find the offending joints before reflowing them with a hot soldering iron.

In contrast to the 523i, we didn’t modify the 530d’s appearance, but one crucial non-standard addition was to fit a set of the popular blanking plugs before we fell foul of the BMW diesel swirl flap issue.

This involves a set of butterflies in the intake manifold which are supposed to promote swirl in the intake charge, but they have an unfortunate habit of dropping off and getting swallowed by the engine, with disastrous consequences. The flaps themselves may be plastic, but the fittings are metal and it’s these which can cause the damage.

Blanking the system off makes no discernible difference in the way the car drives – although I reckon ours actually felt better – and avoids the problem forever. We had the job done at BMW specialist Paddock Motors near Exeter but it’s a DIY proposition.

With the swirl flap issue banished, we were happy to have the car remapped and the results were subtle but noticeable: an extra 42bhp and 66lb.ft with economy jumping from 37mpg to 44mpg. 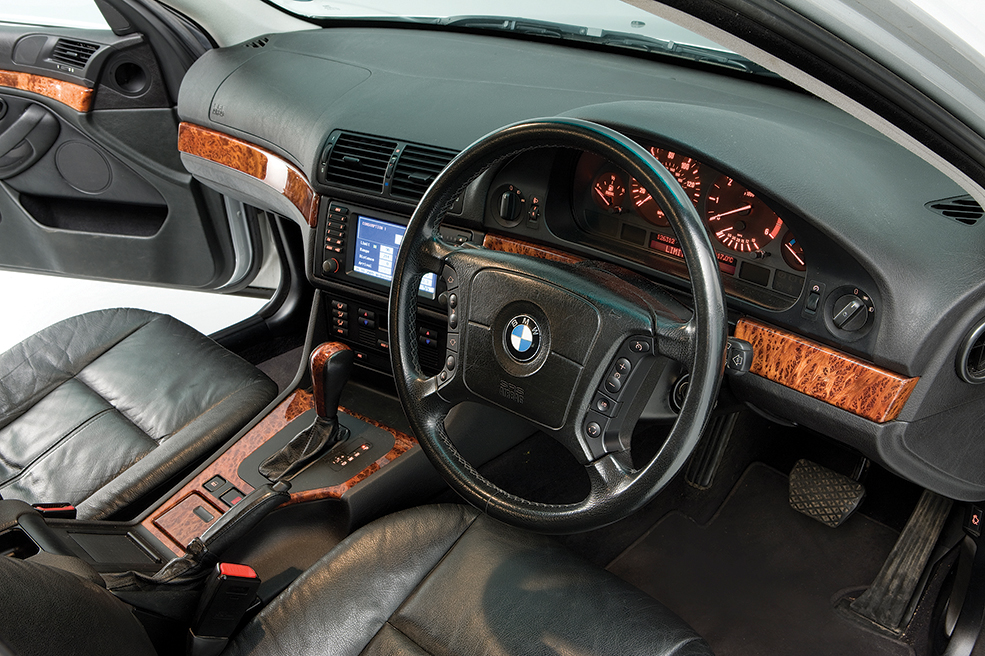 Unscheduled repairs? Just a couple, both suspension related. The first was the bushes in the front reaction arms which cause the dreaded 5-Series shimmy and fitting a new pair of bushes made a big difference with a bonus of improved stability on the motorway.

The second was a bigger task: the rear suspension bushes, four of them holding the subframe to the body. Perhaps because of the weight they often carry, the Touring seems to suffer more and ours felt a bit baggy around the rear, shuddering over potholes and drain covers.

It’s a workshop job, not a DIY one this but worth doing since it transformed the car. And at the time of writing, RO51MZW is still running 21 years after it left Munich, currently showing 205,801 miles and its MoT history showing it’s been an easy car to live with since it left us.

All of which explains the appeal of the E39 5-Series rather neatly. How many newer cars wearing the blue-and-white roundel would display that kind of longevity and still compare to a new model in driver appeal? Not many I suspect.