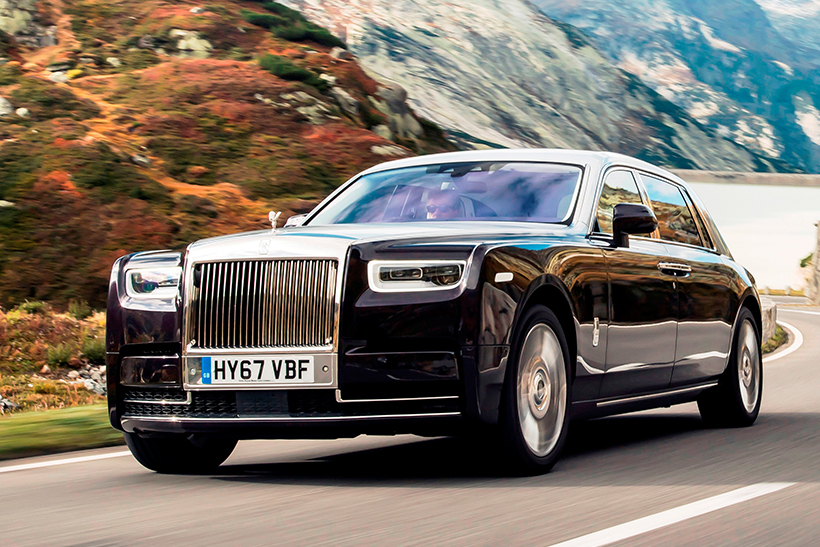 Many of the marques that were once British-owned are now in the hands of foreign companies, including a plethora of dormant brands. It can all get rather confusing… so which marques are currently owned by which manufacturers? Paul Guinness investigates…

Britain’s motor industry has been doing well for itself in recent years, particularly when it comes to export sales. But a common complaint from traditionalists is that many of our best-known marques are now ‘foreign owned’ – and you don’t have to look far for examples. Both Rolls-Royce and Mini have been under BMW ownership for many years, while Bentley is in the hands of Volkswagen. Three more of Britain’s most iconic marques – Jaguar, Land Rover and Range Rover – are famously owned by India’s mighty Tata organisation; and the historic brand of MG is owned by SAIC of China.

It’s a not dissimilar story with some of the UK’s smaller but equally famous car marques. Lotus was recently sold to Chinese car manufacturer Geely (after being owned by Malaysia-based DRB Hicom for a number of years), while Aston Martin belongs to a combination of Kuwaiti and Italian investment companies, with a minor stake in the firm also owned by Mercedes-Benz owner, Daimler.

Whether you view this situation with pride or despair will depend on your perspective. Traditionalists were sad to see legendary names like Rolls-Royce and Bentley pass into German hands at the turn of the millennium; but the last few years have shown that each company is doing well, with healthy sales and an expanding model range. As for Jaguar Land Rover, the level of investment from Tata has been (and continues to be) astonishing, leading to more new models, more sales… and more British jobs.

The truth is that foreign ownership of ‘British’ brands isn’t a new phenomenon. Vauxhall was American owned (by General Motors) from 1925 through to 2017 (it’s now in the hands of France’s PSA), but not every snapped-up marque has thrived under the control of an overseas corporate giant. BMW, for example, seemed unsure what to do with Rover in the ’Nineties, culminating in massive losses and an offloading of the company in 2000; and Ford’s more recent ownership of Jaguar wasn’t the Coventry cat’s finest hour.

Perhaps the most fascinating aspect of car company ownership, however, lies with the brands that are no longer with us. And that list includes Rover, which BMW retained ownership of even when the company itself was famously sold for £10 to the Phoenix Consortium. Up until the subsequent collapse of MG Rover in April 2005, Rovers were built under licence; but all rights to the Rover marque were then sold by BMW to Ford (at that time the owner of both Jaguar and Land Rover), before being passed on to Tata as part of the Indian firm’s buy-out of JLR in 2008.

Are we ever likely to see the re-launch of a Tata-owned Rover in the future? At present it seems unlikely; yet with JLR known to be developing an additional Range Rover model aimed at ‘road car’ buyers, perhaps we shouldn’t rule out a future product wearing simply a Rover badge. But what about the other brands that were also once part of the British Leyland empire?

Well, it’s complicated – not least due to the fact that many of the marques once owned by BMC (and subsequently BL) have been passed around during various company ownership changes. And so we’re now left with a situation where BMW (as the former owner of Rover and current owner of Mini) retains all rights to both Triumph and Riley, while MG-owning SAIC also has Austin, Morris, Austin-Healey, Vanden Plas and Wolseley in its portfolio. Then there are the individual model names, with the likes of Metro, Maxi, Dolomite, Spitfire and Stag belonging to BMW, while SAIC owns Vitesse, Westminster, Midget and Princess.

There were rumours a few years ago that BMW was planning to develop a new Triumph sports car, bringing the former Coventry name back to the showrooms – but, of course, that never came to fruition. And there were once suggestions that if SAIC ever decided to offer a mainstream range of cars here in Europe, it might reintroduce either the Austin or Morris name – although this now seems highly unlikely given the current non-sporting design direction of MG.

One interesting development of recent times, however, is SAIC’s ownership of the LDV brand, and its reintroduction to the UK market – bringing back to life the marque formerly known as Leyland DAF Vans, which emerged from many years of successful BL and BMC van production. Still based around the same design that first launched in 2004, the current-spec Maxus – wholly built in China – has been on sale in the UK since 2016. The old Washwood Heath, Birmingham, factory might be long gone, but the LDV name is still very much with us. Who’d have thought it?