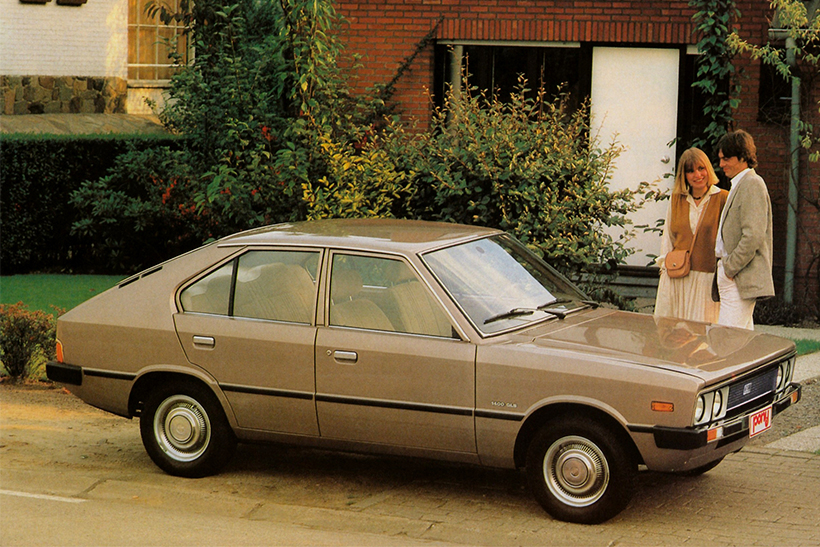 Back in the ’70s the Korean car makers were nothing more than a curiosity in the UK but now they’re a major market force. And it was all done with British talent.

A recently spotted old picture of the British Motor Show at Earls Courts reminded me of the ’70s and ’80s when I would be allowed to miss a day of school every October and tag along on press day to the Motor Show with dad. It must have been the 1982 event when I saw my first Hyundai and I distinctly remember the sideburned and flared journalists poking round the new Pony and not quite understanding why they kept talking about the Marina.

The reason as I later came to understand is that Hyundai’s car making division which had been established in 1967 to make Cortinas under licence was kicked into high gear with the appointment of ex-BL director George Turnbull as Vice President. His mission was to assist the Koreans in moving on from producing other makers’ cars under licence and develop and manufacture their own car.

Turnbull had been a rapidly rising star at BL, beginning as a Standard Motor Company apprentice on £2 a week and progressing via a company-sponsored degree at Birmingham University to the rank of Austin-Morris MD. Boardroom politics eventually saw him falling out with Chairman Donald Stokes and resigning in 1973, whereupon he was headhunted the following year by industrial conglomerate Hyundai to head up its car making division.

“They are determined to get into the motor industry… and in a big way,” Turnbull pointed out to a Panorama interviewer in 1976 and a measure of their intent was the mere 12 months it took to build and equip a complete factory from scratch to produce the new car.

Ironically considering the parlous state of BL at the time, both the car and its factory depended heavily on British expertise: Turnbull recruited Peter Slater from Girling as a product engineering chief and Trevor Lacey from Vauxhall as chief of chassis development, while the £35m investment in production equipment included British dies, welding kit and press tools as well as a £2m British paint shop. Much of this was financed by British banks too, while the new car’s brakes, clutch, suspension and steering were British-made even if the engine was a Mitsubishi unit.

The car’s styling came courtesy of Giugiaro but there was no hiding its similarity to the Marina – one of the last projects Turnbull had worked on back at BL. As Turnbull admitted in the Panorama film though, the Pony’s panel gaps and general quality were in a different league from the Marina… which he admitted would be acceptable for the British market but not for export.

Starting with a clean sheet design and factory gave the Koreans a head start over BL, but Turnbull highlighted cultural differences which made a hug difference: for example when the Hyundai chairman requested 3cm extra rear legroom, engineers pulled an all-nighter to work out the structural modifications and the change was implemented in production immediately.

Like the early Japanese cars, those first Hyundais made little dent on the British market but slowly and surely they plugged away – long after Turnbull himself had moved on to make cars in Iran before returning home to head up Talbot UK and then Inchcape.

The result was that the cast-off Mitsubishi powerplants were gradually replaced and the model range continually modernised until the brand became a major global player. In 1998 Hyundai acquired a significant stake in rival car maker Kia and the pair are now a force to be reckoned with, giving even the Japanese makers a run for their money. Indeed, Kia’s product range is as European as it gets, recent models being styled by ex-Audi designer Peter Schreyer.

It’s summed up by Turnbull’s poignant parting comment in the Panorama interview: “They’ve got to get things right or the kind of car that’s being produced here will be selling throughout Europe…”