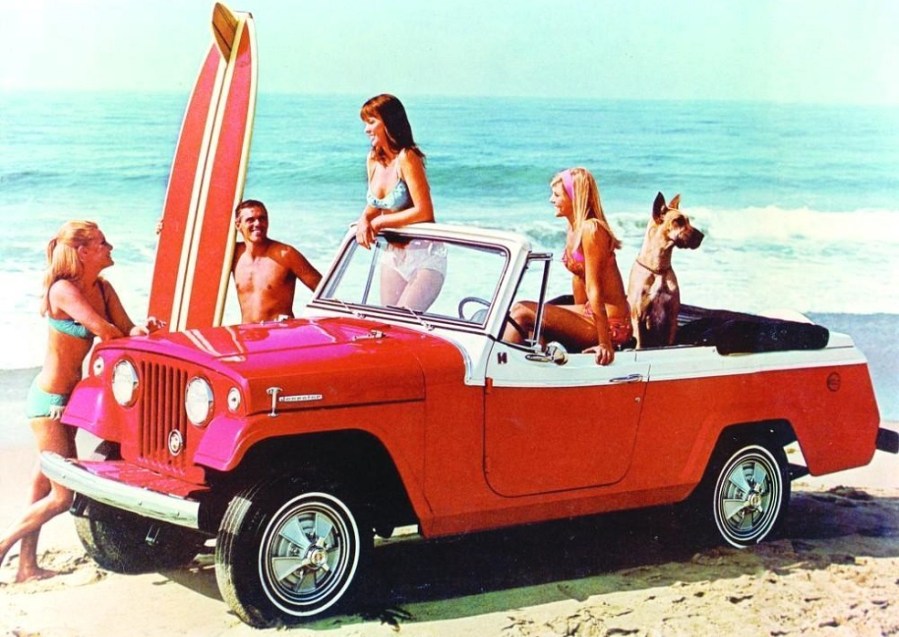 The idea of a convertible SUV might seem odd, unless you’re a fan of the soft-top Range Rover Evoque. The thing is, Jeep got there first, Paul Guinness investigates…

Land Rover has recently been busy showing its new second-generation Range Rover Evoque to the world’s motoring press, hoping they’ll be impressed enough to recommend it to their readers. What the company hasn’t yet announced, however, is whether it will launch a convertible version of the latest Evoque to replace the model that caused so much controversy upon its arrival in 2016. I mean, is there that much of a market for a lifestyle-led soft-top 4×4?

The thing is, the Evoque wasn’t the first 4×4 to try the off-with-its-top approach for the leisure market. In fact, if we ignore the original Willys Jeep (which was obviously of open-top design but built for an essential function rather than a particular lifestyle), the accolade probably goes to the new-for-1966 Jeep Jeepster Commando. Offered in the American market with a choice of well-proven four-cylinder or more powerful V6 petrol engines, and employing the basic but effective all-wheel drive set-up that had underpinned countless Jeeps over the years, the Commando provided little in the way of mechanical novelty. But the idea behind it was more creative, with the most popular open-top derivative being marketed very much as a lifestyle vehicle for fun-loving 4×4 fans.

So how did this arguably odd contraption come about? Well, two decades after the end of World War II, Kaiser-Jeep (a company created via the 1953 merger of the Kaiser-Frazer Corporation and Willys-Overland) was keen to exploit the sales potential of America’s most famous 4×4 brand; and so along came the Jeepster Commando, launched in the same year as its Ford Bronco rival. The Jeepster had the edge, however, when it came to versatility, with buyers able to choose between four different versions: a pick-up, a station wagon, a convertible and a completely roof-less roadster. Yes, a Jeep roadster. Who would’ve thought it? 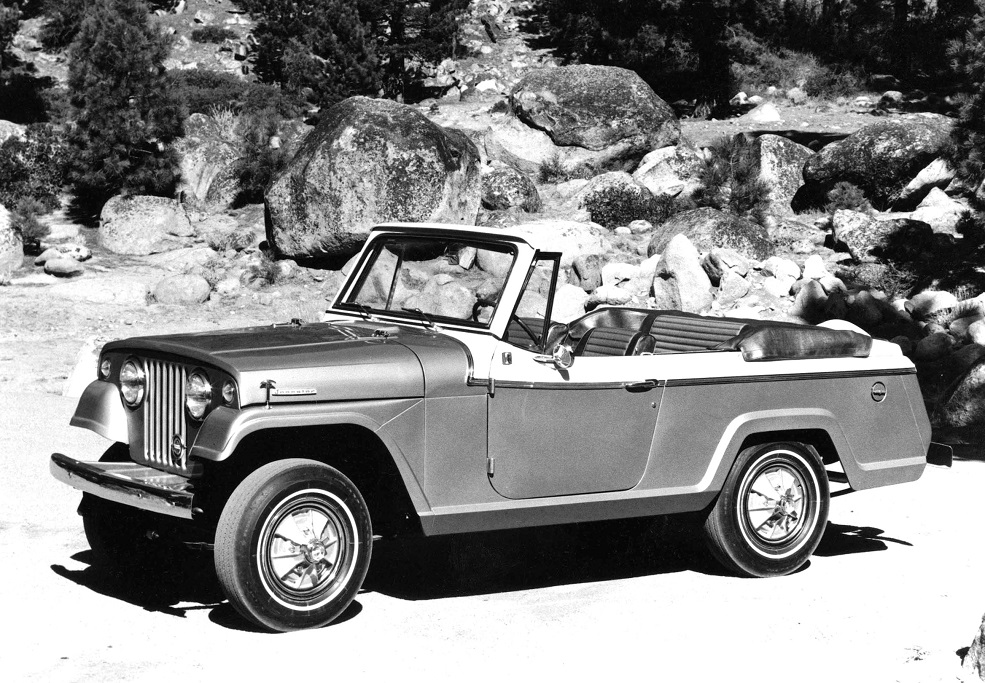 Interestingly, the two open-air versions of the Jeepster Commando were by far the most popular, accounting for a large proportion of the 57,350 examples built between 1966 and the launch of a short-lived, restyled (and marginally longer) version five years later. It wasn’t the first Jeep to wear Jeepster badges, with the original model bearing that name hitting the streets as early as early as 1948; but with the first-generation Jeepster being available solely in rear-wheel drive guise (an odd spec for any Jeep), it’s perhaps not surprising that it lasted just two years.

By comparison, the 1966-71 Jeepster Commando featured here was a genuine 4×4 – and inevitably a model with more widespread appeal. And with the benefit of hindsight, it could be argued that the four-wheel drive Jeepster Commando was decades ahead of its time. After all, isn’t the idea of an open-top SUV with a lifestyle image exactly in tune with what some of today’s buyers crave?

You only have to look at the original marketing photographs of the Jeepster Commando to see where its target market was. Images of it on a beach, surrounded by scantily-clad young folk and the odd surfboard or two, proved that the Commando was aimed firmly at the leisure market, particularly in its convertible and roadster guises. With an extended (101-inch) wheelbase and genuine four/five-seater accommodation, the open-top Commando was the perfect tool for the summer months, ideal for cruising along the nearest seafront accompanied by the latest release from The Beach Boys.

In reality, however, the Jeepster Commando could hardly be described as a massive hit, selling in respectable rather than market-changing numbers. And so when American Motors Corporation (AMC) acquired Kaiser-Jeep in 1970, the writing was already on the corporate wall for the poor old Commando, with the last of the 101-inch versions rolling off the line a year later.

Fast-forward almost fifty years and the question remains unanswered as to whether Land Rover will produce a second-generation version of its Range Rover Evoque Convertible. Has the original version been enough of a commercial success to allow for a replacement, given the cost of developing new derivatives and the current financial challenges faced by Land Rover? Time will tell. In the meantime, let’s not forget the US-market model that arguably started the whole soft-top 4×4 trend – the 1966-71 Jeep Jeepster Commando.