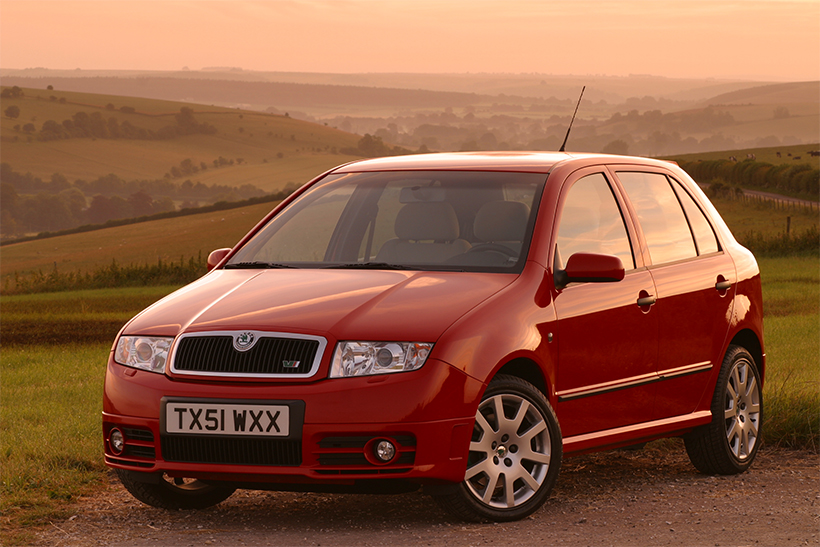 There can be little doubt that diesel is in the doghouse when it comes to the automotive world. Its future is at a real crossroads, with several major manufactures committing to a future without derv and switching their attentions to alternative drivetrains.

Public confidence in diesel plummeted in the wake of the ‘Dieselgate’ scandal of 2015, when it was found that Volkswagen had been cheating emissions tests. But even before this, concerns were mounting over its levels of harmful nitrogen oxides (NOx) in comparison to petrol emissions.

Ironically, modern diesels are now cleaner than ever. Those meeting Euro 6 emissions regulations, and the forthcoming, even tougher EU7 limits, are impressively clean. However, sales figures reveal it’s becoming more and more unfashionable – 20.5 per cent fewer cars were sold last month compared to September 2017, but it was diesel cars saw the biggest drop-off, with 42.5 per cent fewer people opting for an oil-burner.

That’s quite a fall from grace, and in huge contrast to time when diesel was hailed as the answer to all motorists’ problems. French and Italian carmakers pioneered common-rail injection and by the late 1990s, prestige manufacturers like BMW produced fast and frugal cars that helped revolutionise the appeal of oil-burners. In Britain, sales of diesel cars soared to account for a record market share of 56 per cent, but that was down to a mere 29 per cent by last month.

New diesels are dropping like flies. Porsche recently became the first German carmaker to drop all diesels from its model range, and many others look set to do the same. Toyota and Lexus are both out (though Toyota’s commercial vehicles will continue with derv versions for the foreseeable future), Honda, Nissan and Volvo will drop it as models are replaced, and Suzuki has stopped offering it in the UK.

Peugeot, one of the diesel pioneers, has announced it will halt diesel development, while Bentley – part of the VW Group – is to stop selling the diesel model of its Bentayga SUV in Europe, even though it was only introduced last year.

The changes from April 2017/2018 onwards mean a large portion of the savings offered by more frugal diesel engines have now been swallowed by the change in car tax rates, and purchase prices compares to an equivalent petrol model are often higher too. Indeed, figures from Which? magazine show that for several popular models, the cost of a petrol version is now likely to be slightly cheaper over five years of ownership than a diesel.

Going forward, the industry is now geared to hybrid and electric cars – a move also reflected in the classic car arena, with a proliferation in retro-fit electric conversions and vehicles such as Jaguar’s E-Type Zero. The 2018 Paris Motor Show saw Renault showcase an early 5 converted to electric back in 1974 to help prove the point, while the debuts of the Audi E-tron and Mercedes EQC model further reflected the EV trend.

So where does this turn against the black pump leave older diesels? Can they ever become diesel classics? Well some surely are already. Unless we’re taking old Mercedes, Peugeots or Land Rovers, diesel didn’t really take off until the ’80s. But from there, oil burners became far more mainstream and desirable, and nowadays make great a great and fugal alternative to a petrol classic.

But will more survive to join their ranks? With diesels making up such a high proportion of Britain’s market share for a lengthy period and still representing more than a third of all cars, the future of diesels as classics would appear nailed-on, but it’s not that simple. Many manufacturers are offering scrappage schemes to take older diesels off the road, and if not that, local authorities will play a role too.

London will start enforcing its ultra-low emissions zone (ULEZ) from April 8 next year, with daily tolls of £12.50 for drivers of older, mainly diesel cars, while some councils will also increase parking charges for diesels. Older diesels are already banned in some European cities, with others location set to follow and even Euro 6 compliant cars at risk in Berlin.

Alec Grant, editor of Fleet World Magazine and fan of ’80s classics, had the following to say. “Recent souring of opinion towards diesel, even among fleets, doesn’t paint a rosy picture of its future desirability. It’s often chosen for pragmatic reasons rather than outright desirability so, while there is still demand for used diesels, ongoing bad press and financial disincentives could make it less desirable, and possibly less socially acceptable, to have one.

“Ironically, that’s happening just as new technology is making some diesel engines as ‘clean’ as their petrol counterparts. However, this requires costly emissions control systems – particulate filters, NOx traps, and AdBlue injection – which must be functional to keep them road legal and are expensive to replace. This could also thin the herd.

“Characterful large-capacity diesels, ultra-efficient eco-cars (think Lupo 3L and Audi A2), cult classics like the original Fabia vRS, clattering pioneers such as the Mercedes-Benz 190 and surviving French saloons might well have lasting appeal with enthusiasts. But diesels accounted for less than 40 per cent of the UK’s licensed cars in 2017, and that’s only likely to fall now that the direction of travel is battery-powered.”

With diesel likely to remain the most feasible option for long-haul road transport for some time, we aren’t about to see a shortage of black pumps for a good while. But whether the same can be said for parts availability and maintenance option, only time will tell. The same goes for values – will prices of diesel cars drop? And what will be the knock-on effect for petrol equivalents?

One thing we can saw with some certainly is the diesel story is far from over yet. There may be a rocky road ahead, but history is rife with cars that have battled against the odds to emerge as hugely collectable. Over the past 30 years diesel has been out of favour, in favour and then back out again. What price another mood swing?