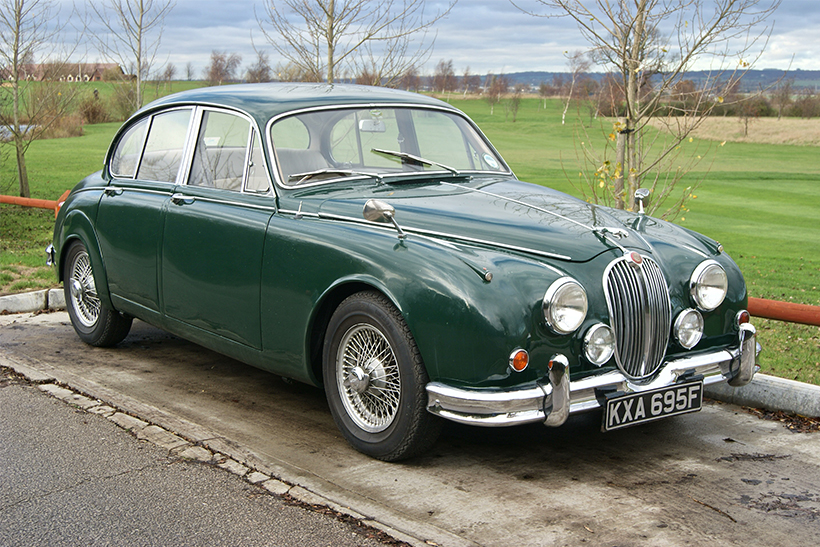 The much-loved Mark 2 Jaguar was once considered a cheapie – cheap to buy and just as cheap to wreck. Ted Connolly recalls an incident that was amusing and sad in equal measure.

The Mark 2 Jag, as we all know, is held in the highest esteem in classic circles. Absolutely ludicrous prices are asked and, more often than not, they are achieved. But this is a relatively recent phenomenon and back in the eighties, although they were hardly two-a-penny runabouts, it was quite possible to pick one up for a grand or so. Yes, really, but back then, they were still in a sort of classic limbo and hadn’t quite made the grade.

I worked on a fair few of them and the owners were quite happy to entrust their Big Cats to me, even though I was by no means an expert. As I said, they weren’t regarded too highly and it wasn’t deemed necessary to spend big bucks on them. Therefore, when an old boy (who was probably not a lot older than I am now – he just seemed ancient at the time) turned up at my joint and asked for a quote to sort out rusty wheel-arches on his Mark 2, I remained pretty nonchalant.

At this juncture, I need to digress and, at the risk of confusing these ramblings, to go back about three months before the Jag man turned up. Growing up in the sixties, I formed a deep interest in motorcycles and fashioned myself as a rocker. Times were hard and all I could afford was a very non-Marlon Brando plastic bomber jacket, pair of wellingtons and long, white fishermen’s socks that were tucked over the top. Yes, I know, it’s pathetic on reflection, because all of the dudes in my neighbourhood were flashing around in Lewis Leathers gear (that was the biz) and riding very shiny, large, fast and noisy big twins. I had an old BSA 250 single that frequently lost the traffic lights grand prix to a milk float. It was also temperamental and the only way to I could start the engine was to surreptitiously creep up on the bike in the hope of catching it by surprise.

My passion for motorcycles never went away, but it was years before I could afford anything decent. In fact, it was just (three months, as mentioned) before the visit by the Jaguar owner that I eventually got my paws on a Triumph Bonneville. If you’re not into two wheels then that name will mean little or nothing. However, anyone with a smattering of enthusiasm for bikes will know that in its day, it was much-revered. Remember, we are going back more than three decades and Brit tin still cut a bit of a dash.

I was exceedingly proud of this bike and would park it outside my hovel and clean it with Gunk and a hosepipe. Gunk is one of those magical substances that has never been equalled for aroma or in legend. A bit like WD-40, I suppose. Nobody has come up with a better degreaser than Gunk or a chemical that quite sorts out any mechanical malady as well as WD (my opinions, of course, I’m not advertising). Gunk should have been made as an aftershave although, it must be admitted, the way I used to walk around, I probably permanently smelled of it anyway.

But back to the story. It was while cleaning the Bonnie outside my pad that the chap turned up with his car. He parked opposite, wandered over and introduced himself, saying he’d got my name from a mutual friend, who ran a garage, but did not do bodywork. Uncharacteristically, I can’t remember the exact colour of the Mark 2, but I think it was dark green. We agreed a price, about £30, and off he went.

You need to exercise a fair degree of imagination to actually get what happened in the next minute or so. The old boy got in his car, opposite to where my bike was parked, and prepared to drive off. I’d left the engine running on the Triumph, to help dry it out after the dousing with Gunk and water, and observed a couple of fellow-me-lads a few houses away, who were larking around with their Jap bikes. They were revving them up and making all sorts of silly, shrieking noises, whereas my Triumph was throbbing purposefully, sounding pretty damn mean. A British bulldog on wheels.

I figured it was time to show these upstarts what a proper rider could do on a proper bike. I pulled in the clutch, engaged first gear, grabbed a rather large handful of throttle and dropped the clutch. Nothing happened for several seconds and I thought the chain had broken. In reality, the back wheel was slipping on the Gunk and water puddle. And then it gripped. The bike bucked wildly, slewed round and launched itself at the Jaguar. I recall, maybe a second before impact, the old chap staring at me from the driver’s seat, his eyes wide open in utter disbelief and terror. One minute, I’d agreed to repair his car, the next, it appeared that I was deliberately trying to wreck it.

The front wheel stoved in the offside rear door and I also managed to tear off the sill, before the bike chucked me off in an unceremonious heap in the middle for the road. The two lads abandoned their little Jap bikes, came running up and stared at me. One very sympathetically asked: “You all right, granddad?” Well, the Jag had lost its shape and I’d totally lost any street creed that I just might have possessed before this incident.

I picked myself up, apologised profusely to the Jag owner and promised to get it sorted out. In the event, he made a claim against my insurance company and they refused to pay out, saying it was not necessarily my fault. The next bit will tear at your heartstrings. I went round to visit the old chap. He lived in a little house and asked me into the kitchen, where he was drinking a cup of soup, all by himself and clearly at a loss over what to do about his car. I got on to the insurance company and gave them absolute hell until they agreed to pay for the repairs. That made me feel a little better, but it plagued me for ages how irresponsibly I’d behaved. I still ride bikes, although not that often, but I no longer repair Jaguars! Too risky.