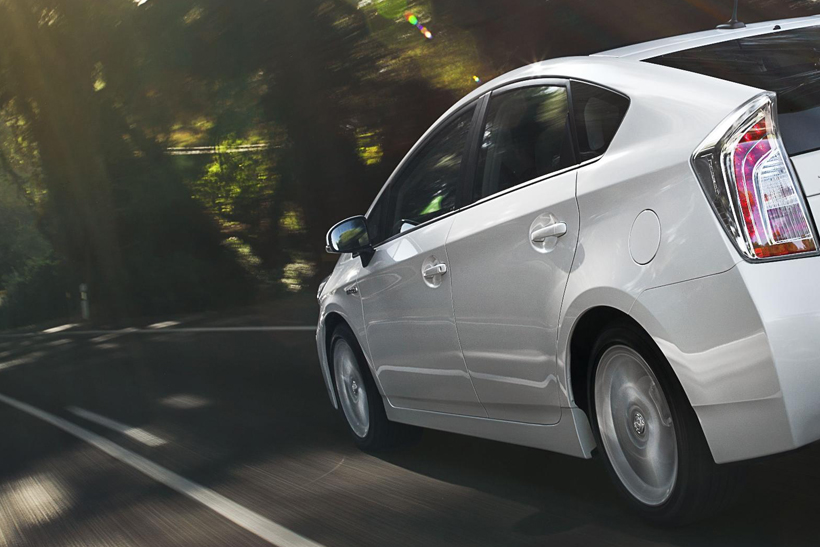 There is no disputing that classic cars have an impact on the environment, even if they only do few miles a year. But just how much greener are new cars?

If we are serious about wanting to reduce pollution, then we should all ditch our old cars and start driving new ones instead. That’s a simple fact, isn’t it? Well, it turns out it is neither simple, nor a fact. We are not claiming that driving a classic causes no pollution or that its emissions are cleaner than a modern car, but knee-jerk reactions are rarely sensible and so we wanted to explore some of the facts surrounding the issue.

The first thing we should say is that facts are actually pretty hard to come by. You are probably familiar with the phrase: ‘There are three kinds of lies: lies, damned lies, and statistics.’ Nowhere is that more true than when talking about cars and pollution, as most commentators have their own agenda or preconceived notions, and they will quote or distort figures to bolster their argument. So while we have quoted figures where possible, these should be regarded as general indicators for discussion rather than indisputable facts. 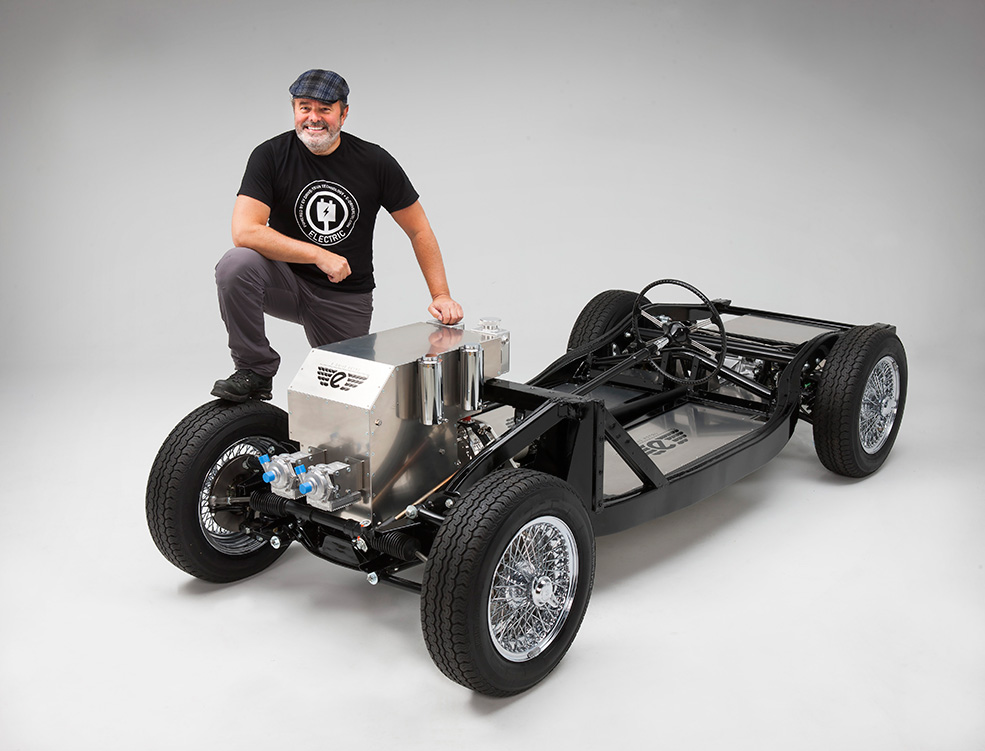 First of all, let’s consider claimed figures versus real life. In October, Tom de Castella wrote a fascinating report for the BBC (1) asking: How toxic is your car exhaust? The VW scandal showed how untrustworthy the official figures can be, but de Castella discovered that is just the tip of the proverbial iceberg. For example, the official NOx limit for EU6 compliant cars is 0.08g/km, yet the average real-world rate for diesels is 0.399g/km. That’s not because of any cheat software, but because manufacturers often find it easier to design cars that perform much better in laboratory conditions than they do in the real world. So, for example, the Nissan Qashqai N-Connecta DCI CVT (1598cc) was able to pass the EU6 tests and yet produced 1.46g of NOx per kilometre – more than 18 times the 0.08g/km limit.

Check out de Castella’s full report because it makes fascinating reading. Perhaps, though, diesels are not the best examples to choose when looking at real world emissions as opposed to claimed figures. Surely hybrids are a different matter altogether? Not necessarily, according to the consumer-led motoring website Honest John, who analysed 148,000 real MPG fuel reports submitted by UK drivers (2) and discovered that practically every hybrid car on sale in the UK fails to meet its claimed fuel economy, with some missing their advertised rating by as much as 80mpg. 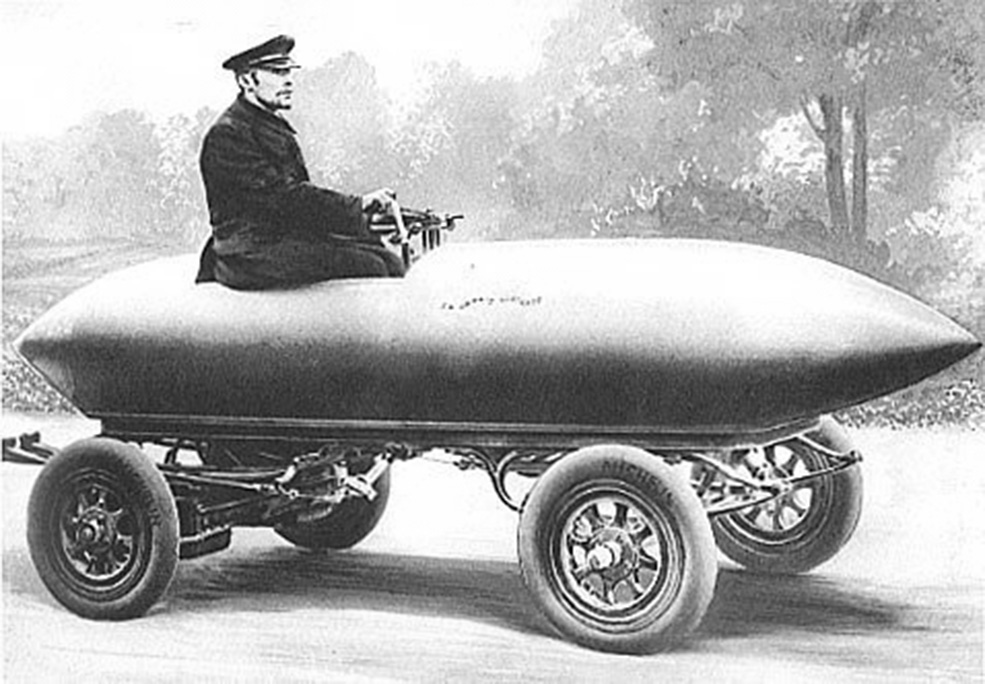 The website found that self-charging hybrids and plug-in hybrids are the most misleading. Despite being promoted as eco-friendly and efficient, HonestJohn.co.uk found that just one in 39 cars delivered their advertised MPG, and that a typical hybrid car in the UK will return on average 70% of its advertised MPG. Once again we must point out that we are not claiming classic cars are more fuel efficient or cleaner than modern cars, just pointing out that the issues are grey rather than black and white.

What about the darling of the moment, electric cars? Again, we are talking shades of grey because while their tailpipe emissions may be zero, some of the pollution is moved elsewhere. The most obvious manifestation of this is that the electricity to power such vehicles has to be generated somewhere. Even if this comes from clean sources such as solar, wind turbines or hydroelectricity, those panels and turbines still have to be manufactured, erected, serviced and eventually disposed of, each step causing pollution of its own.

Of course, over their service life such power generators should be much cleaner than power stations that burn fossil fuels and we fully accept that, we are just pointing out that there is no such thing as zero-cost energy. And that’s before you factor in the environmental cost of producing and laying enough cabling and charging points for everybody’s vehicle to stay connected to those greener energy sources. According to The Independent (3), research estimates there will be more than one million EVs on UK roads within two years, requiring 100,000 charging points. Currently there are just 16,500 charging points, according to a report from data company Emu Analytics.

As for emissions, even electric vehicles produce particulates from wear on brake discs and tyres and by throwing up dust on roads. Indeed, a recent European Commission research paper (4) found that about half of all particulate matter comes from these sources.

Particulates and tailpipe emissions are only one part of the story though, and really we should be looking at the total life-cost of a vehicle before deciding how clean or otherwise it is. As our own Peter Simpson reported in CCB in April, an information board on the Yr Glanaf electric car at the Swansea Museum of Technology stated that over a 100,000 mile service life, the average car creates around 15 tonnes of CO2. However, its manufacturing process would have created 17 tonnes, while scrapping it at the end of its service life would create a further 7 tonnes. Crude extrapolation means that you could drive an older car 226,666 miles before the CO2 created in building a replacement and destroying your old car is equaled. 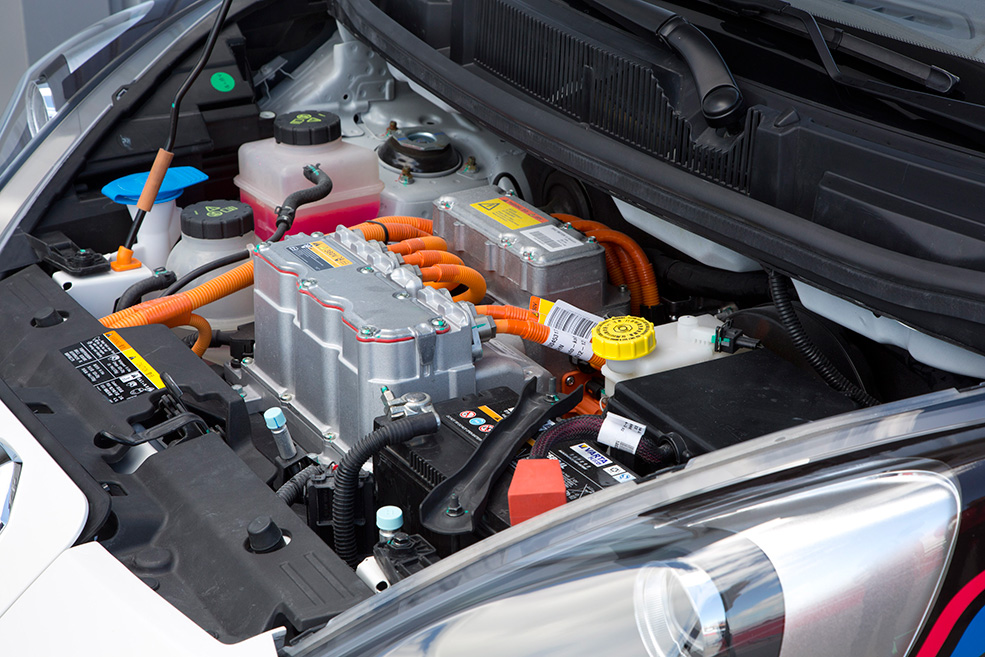 We say those figures are crude because older cars will produce more pollution on the road, but in 2014 The Telegraph(5) reported that the carbon footprint of a new car was approximately 750kg for every £1000 you spent on it. That figure was based on research in a book called How Bad Are Bananas? The Carbon Footprint of Nearly Everything by Mike Berners-Lee, described as one of Britain’s leading thinkers on sustainability and global warming. That book was published in 2010 so you would hope car manufacturers have since upped their game, but just to give an idea of how those outdated figures stack up, they equate to 6.4 tonnes for an entry level Fiat Panda at £8500, or 27.4 tonnes for an entry spec Jaguar F-Pace at £36,520.

The basic premise of an increasing sales price reflecting an increased environmental cost in construction certainly holds true for hybrid and electric cars with their complex electronics. Ironically the only way of spreading that initial cost more thinly is for high-mileage users to make the switch, yet that is exactly the kind of use for which all-electric cars with their restricted range are no good.

And finally, don’t forget that electric cars require a huge quantity of elements such as cobalt and lithium to create their batteries. Over 60% of the world’s cobalt comes from the Democratic Republic of Congo, and its extraction raises huge questions over the pollution it creates, not to mention human rights issues such as child labour. As for lithium, there is simply not enough of the stuff to create all the batteries that governments would like to put on the road. Of course, technology will move on and solutions to such obstacles may well be found, but we have been waiting over 100 years for battery technology to make a breakthrough development which will enable it to take over from internal combustion and we are still waiting, so don’t ditch your classic just yet!