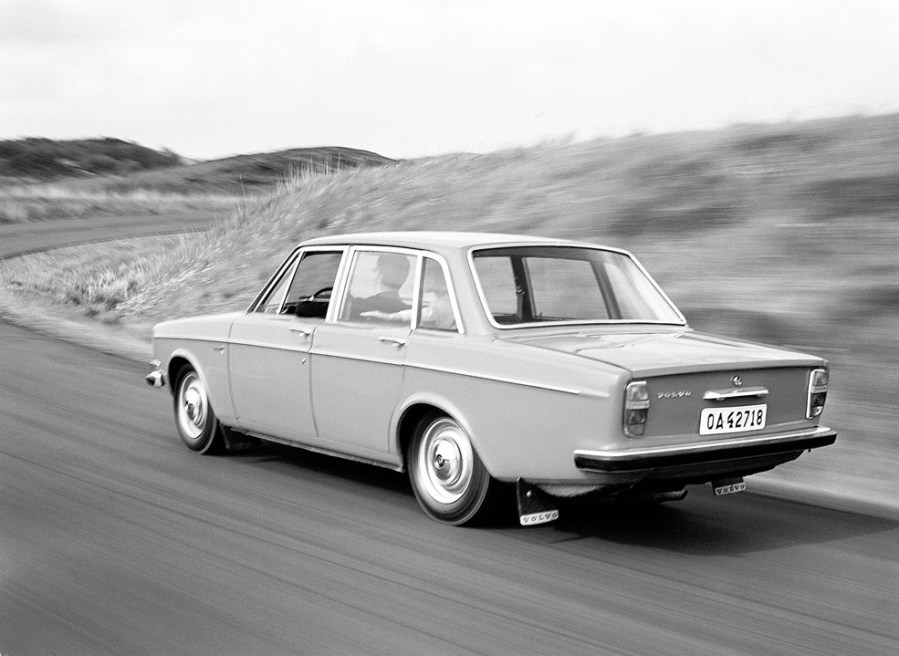 The original boxy Volvo saloon, the 140-Series was the model which saw the brand gaining increased popularity in the UK, building on the reputation for rugged build and practical appeal which had been established with the Amazon.

The Amazon was starting to look dated by the late ’60s though and the 140, launched in 1966 was a complete departure. As square as the Amazon was shapely, the new car employed an all-new monocoque bodyshell but underneath retained much of the Amazon’s running gear.

Initially offered as a saloon badged as 144 with the 85 bhp B18A engine or as 144S with the 115 bhp version of the same unit, the new Volvo was joined by the capacious 145 estate in 1967 which set the scene for Volvo estates from that point onwards.

At a glance the 144 could easily be mistaken for the later 240-Series as their styling is so similar and indeed the 240 was essentially a heavily facelifted version of the 140, inspired by a 1972 safety concept.

The 144 was the model which really began to push Volvo’s safety credentials in marketing. The standard-fit seatbelts introduced with the Amazon were carried over with improved catches, alongside anti-burst door locks, designed-in crumple zones and split-circuit brakes.

These tough, comfortable cars set the tone for Volvo well into the ’80s and it wasn’t until the modern era of front-drive cars which began with the 850 that the bones of the 144 were fully retired.

Today the 240/260 Volvos which were once so common are a rare sight and the 140-series rarer still, but they make an intriguing and very usable classic today. They’re also a reminder of where all that Scandinavian designer cool in modern Volvos came from.