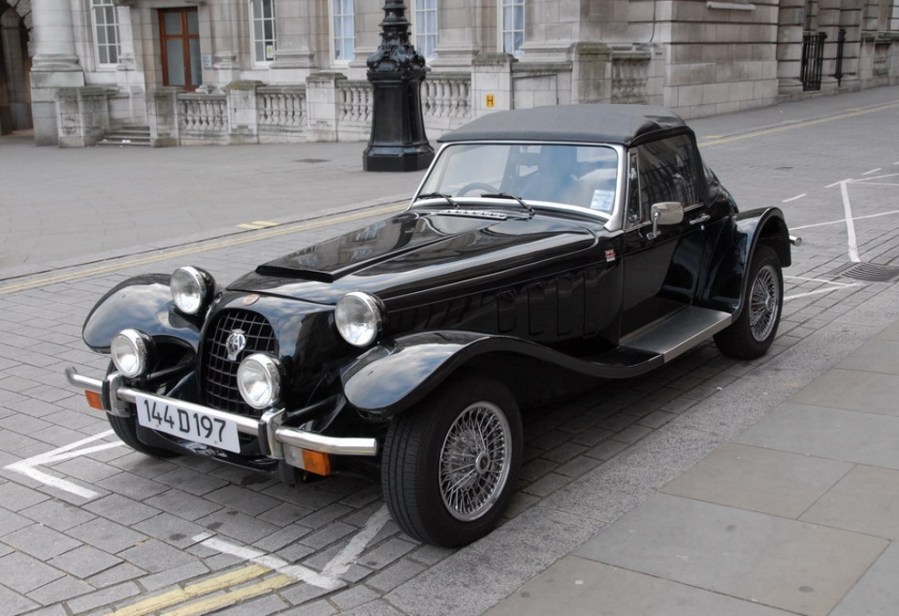 Panther might be better remembered for its more outlandish products – the six-wheeled Panther Six, the Duesenberg-style J72 or perhaps the Rio, the rebodied Dolomite which looked like a squashed Silver Spirit and sold for more than an XJ12.

The Lima though was relatively mainstream by the standards of Robert Jankel’s Surrey company and was a kind of cheaper, more modern Morgan. Constructed at first on a Viva floorpan, the Lima featured Vauxhall running gear taken from the Viva and Magnum ranges, with the 108 bhp 2.3-litre slant four giving the 816 kg fibreglass-bodied roadster decent performance: top speed was 110 mph and 0-60 mph took just seven seconds. Cars could also be specified with the Dealer Team Vauxhall uprated engine as found in rallying Chevettes, bringing the 0-60 time down to just six seconds. The ‘MkII’ model featured Panther’s own steel chassis but retained the Vauxhall drivetrain and suspension.

Despite this all sounding like a recipe for a kit car, the Lima was only offered as a factory-built car and was properly made to a high quality. Cars were neatly trimmed in Connolly leather and were offered with wind-up windows, proper dashboard and the option of automatic transmission. According to the brochure the Lima offered “all the pleasures of the past with none of the discomforts.”

The Lima was an expensive proposition too: it retailed at £8250 in 1980, almost £1000 more than a Morgan Plus Eight but its appeal was definitely to those who wanted to be different, which explained the flamboyant two-tone paint many cars wore.

The Lima was produced from 1976 until 1983 but the Panther firm itself hit financial trouble in 1980, being acquired by the Korean Young C Kim. The new owners replaced the Lima with the visually similar Kallista which used a fabricated steel chassis and an aluminium body. Powered by Ford Pinto and Cologne V6 engines, the Kallista was produced until 1990.