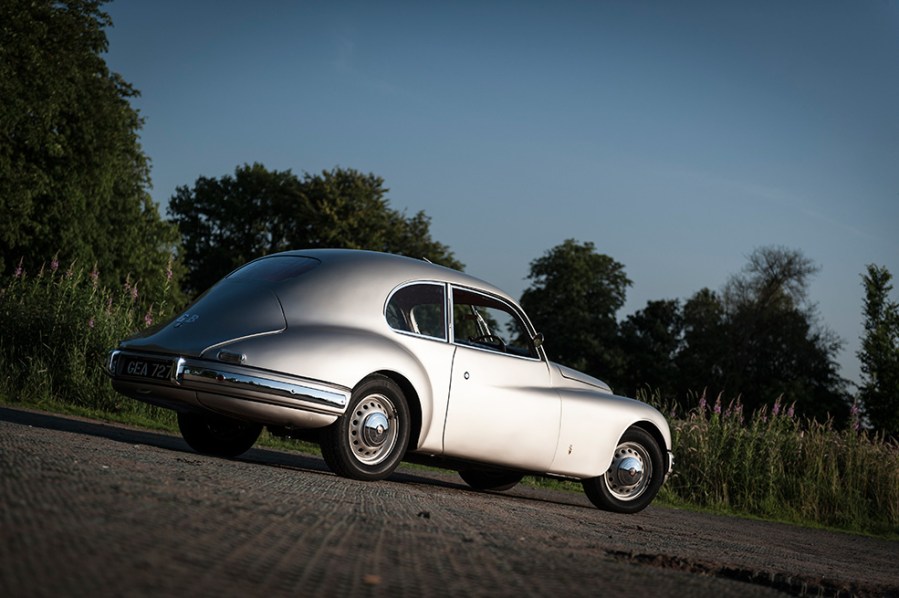 In times of war and peace the car industry has occasionally taken to the skies. Jack Grover takes a look at the historical connections between car makers and aircraft

The aircraft and automobile industries are very different worlds. Car manufacturing is dominated by a business model dedicated to churning out large volumes of near-identical low-cost products in a short time period and with new products coming along every few years. The aircraft industry sells low volumes of extremely expensive products; even the cheapest four-seater Cessna light aircraft – the airborne equivalent of a Ford Focus – costs over £200,000 new while an Airbus A320 costs around £75 million.

Those products are designed, tested and built to standards that make even a Honda VTEC engine seem sloppy and improvised. And that means that an aviation product has a design life measured in decades. That Cessna is a design dating back to 1955 and has an engine (complete with pushrods and magnetos) which first ran in 1953.

Even the Airbus, one of the more modern airliners on the market, has been around since 1987 – the same year that saw the launch of the Ferrari F40 and the Skoda Favorit. Think how far the car industry has come since then!

This doesn’t mean there aren’t transferable skills between the two. The skills of motor manufacturers have always been especially relevant to designing and making aero engines. Wolseley, Sunbeam, Alvis, Renault and Alfa Romeo all counted aircraft engines in their product range at some point. BMW started as an aero-engine maker in 1916, an area in which the German firm continued to dabble until 2000.

Rolls-Royce was explicitly sought out by the British government to use its engineering skills to produce a high-power aircraft engine during WW1. Henry Royce was firmly against such a venture (somewhat ironic given how quickly his firm came to dominate the field) and only agreed on the condition that the engine could be water-cooled, allowing the engine to draw heavily on his existing car designs.

Rolls-Royce would design the famous Merlin engine in WW2, which would be built under licence by both Ford in the UK and Packard in the USA. When the British government wanted to bring Frank Whittle’s jet engine to production it again turned to the car industry, handing the project to Rover.

It turned out that the car maker’s skills didn’t extend to the level of precision needed and success was only achieved when the job was transferred to Rolls-Royce’s aviation division. Rover and Standard both built the Bristol Hercules engine during the war as well.

It was the downturn in military business after WW2 which saw several aircraft firms seek out other uses for their skills and turn their hand to cars. The best-known are probably the German aviation firms which turned to making ‘bubble cars’ in the 1950s, fulfilling a demand for cheap, economical transport and putting their expertise in lightweight construction to good use. This led to products such as the famous tandem-seat Messerschmitt KR200 and the globular Heinkel Kabine.

Then of course there’s Saab (properly an initialism for Svenska Aeroplan AB) which started car production in 1948 with a range of small economy cars which later evolved into a line of quirky executive machines. Although for the next 60 years Saab would put a huge amount of marketing weight behind the connection between its cars and its planes, this was always tenuous.

The smooth carapace of the early Saabs did stem from some genuine and forward-looking aerodynamic work, and later examples had some thoughtful cabin ergonomics and good visibility which clearly stemmed from the principles of fighter cockpit design but the influence was rarely more than skin deep. The aviation and automobile divisions split in 1990 and while the latter ceased to be in 2012 the original Saab aviation business is still very much alive.

The alternative approach was taken by Bristol which founded a car division in 1945 when it acquired the tooling and rights to various BMW designs, virtually being given away as war reparations. Bristol evolved a line of low-volume grand tourers which gradually moved away from their BMW origins. While conventional in their appearance, design and engineering they were built to genuinely aeronautical principles.

Long before other manufacturers began using wind tunnels Bristols were shaped for low drag and good stability at high speeds. Their individual components were weighed (as for aircraft), both to see if excess weight could be shaved off and so that the car’s centre of gravity and polar momentum could be calculated with precision. 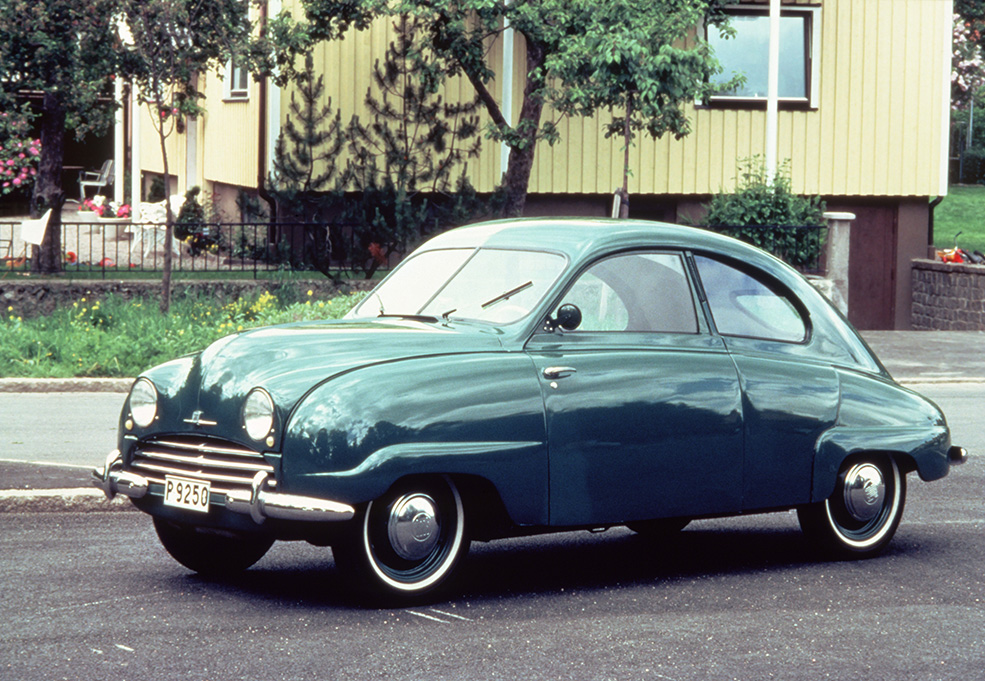 The dashboard included an engine hours meter because, apparently, this allowed for more accurate servicing intervals. Just as with its design approach, so the history of Bristol was the opposite to Saab’s – while the aviation side of Bristol was merged into oblivion the car side of things carried on in its own peculiar way until 2011 and is still around in limbo while a new Bristol car is under development.

And what about the other direction – car makers which made planes? Wartime aside, there were a few cases when a car company produced its own original designs. In 1925 Ford began production of the Trimotor, a pioneering all-metal aircraft which was one of the first practical airliners to enter service in America. In 1927 Ford introduced the tiny single-seat Flivver which was supposed to be ‘the Model T of the Air’. However its small size and light weight made it tricky to fly and after the prototype crashed the project was cancelled after only five had been made. Fiat, founded as a car maker in 1899, was predominantly an aircraft maker for the first half of the 20th century, producing dozens of military and civilian designs as well as aero-engines until divesting its aviation division in 1969. Austin produced a series of prototypes of various aircraft designs after WW1 but, in a market flooded with cheap war-surplus machines and with governments cutting air force budgets worldwide, they failed to reach market.

Many years later the British Motor Corporation would become ultimate owners of light aircraft manufacturer Beagle, which had been created by Pressed Steel Fisher. Beagle pilots could find many minor parts being sourced from the BMC parts bin (trim control handles being Austin A40 window winders, for instance). BMC sold Beagle to the British government in 1965 but the firm went bankrupt with full order books in 1969.