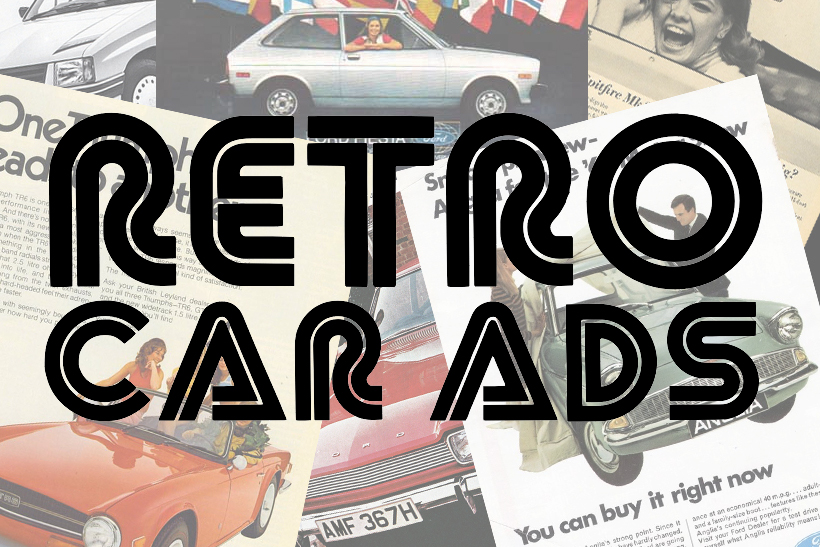 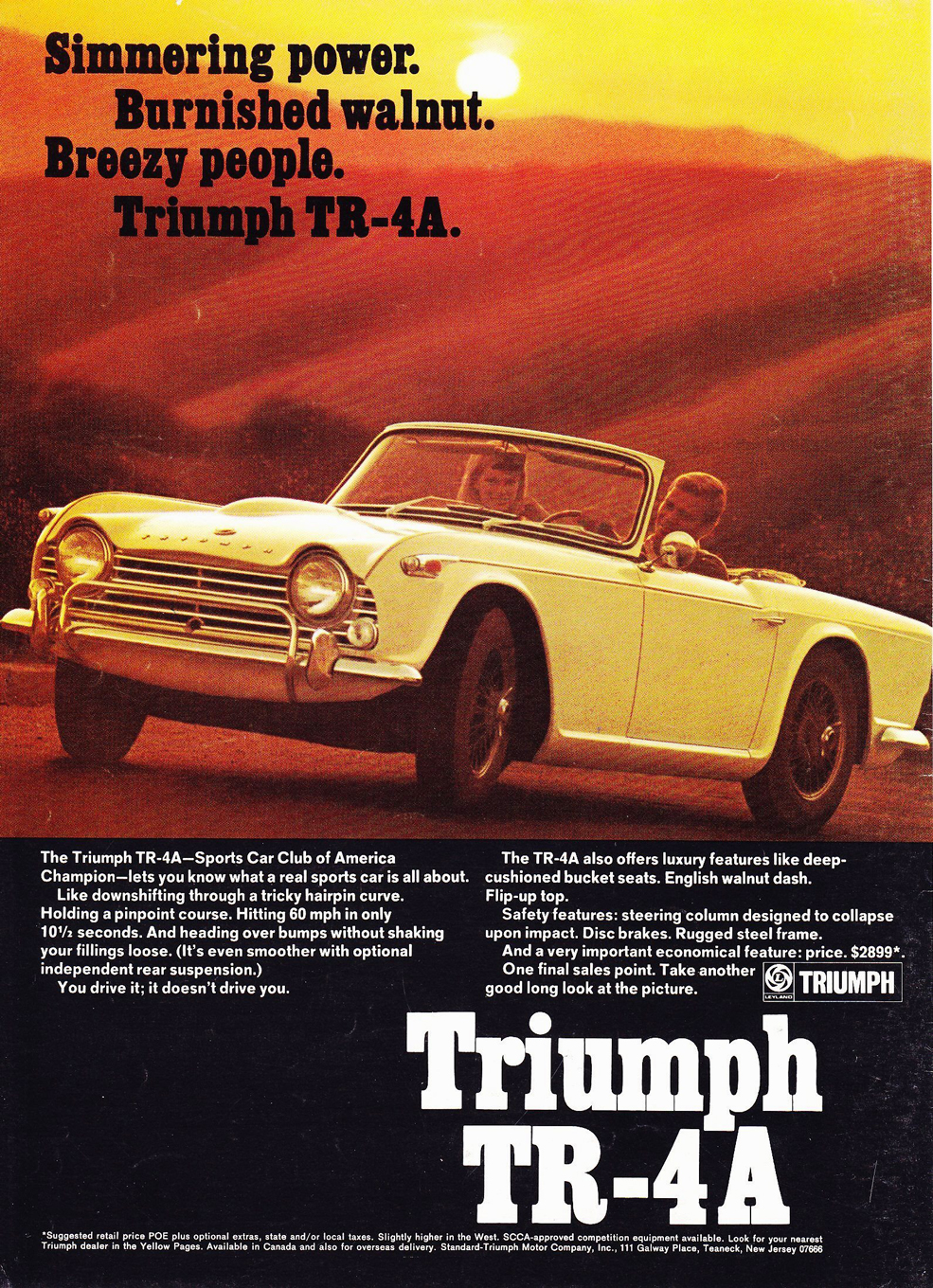 While the Triumph TR4A of 1965 was visually similar to the four-year-old TR4 that it replaced, there was one crucial difference – the fitment (at last) of independent rear suspension.

The set-up involved a system of coil springs and trailing-arm wishbones for a drastic improvement in road manners, finally moving the TR series on from its ’Fifties roots. Unless, that is, you lived on the other side of the Atlantic.

That’s because American TR4A buyers were offered IRS only as an extra-cost option, hence this advert’s explanation that the car’s ride was “even smoother with optional independent rear suspension”.

Whether or not American buyers of the time felt slightly cheated by this, we can’t say; but at least they got to enjoy the TR4A’s “shimmering power” and “burnished walnut”.

Then there was the added reassurance of various safety features, a list that included disc brakes and a “steering column designed to collapse upon impact”.