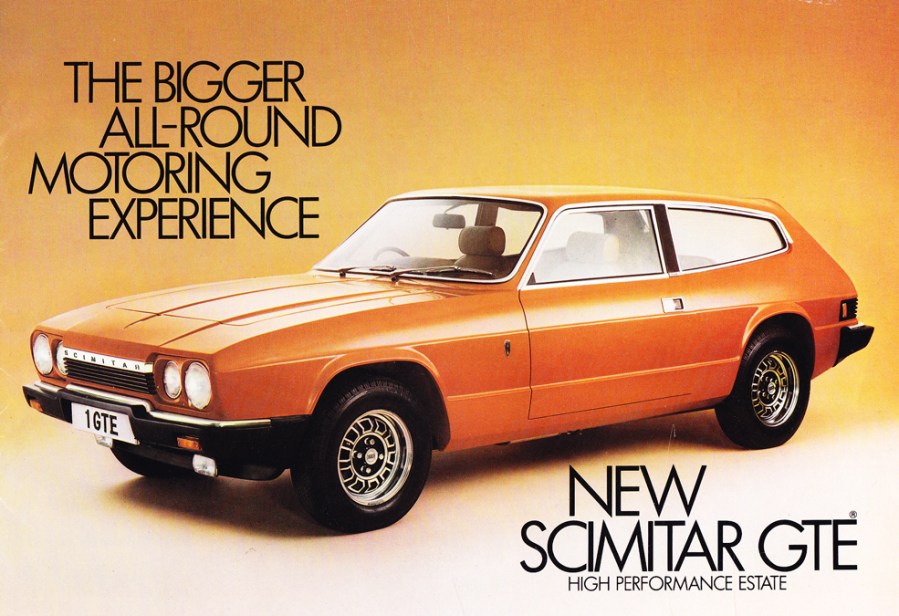 Most famous of the latter was, of course, the Scimitar GTE that arrived in 1968. This was a four-seater ‘semi-estate’ made of glassfibre and mounted on a sturdy steel chassis. Power came courtesy of Ford’s 2994cc V6, endowing the GTE with strong performance and effortless cruising. Top speed was around the 120mph mark and by 1971 punters could choose from either a manual-overdrive gearbox or fully-automatic transmission.

The biggest Scimitar change came in 1976 with the launch of the SE6 version, a squared-off, longer, wider version of the GTE, shown here in this launch-year brochure. “The bigger all-round motoring experience” was how Reliant described its new SE6 – which summed it up just about perfectly.