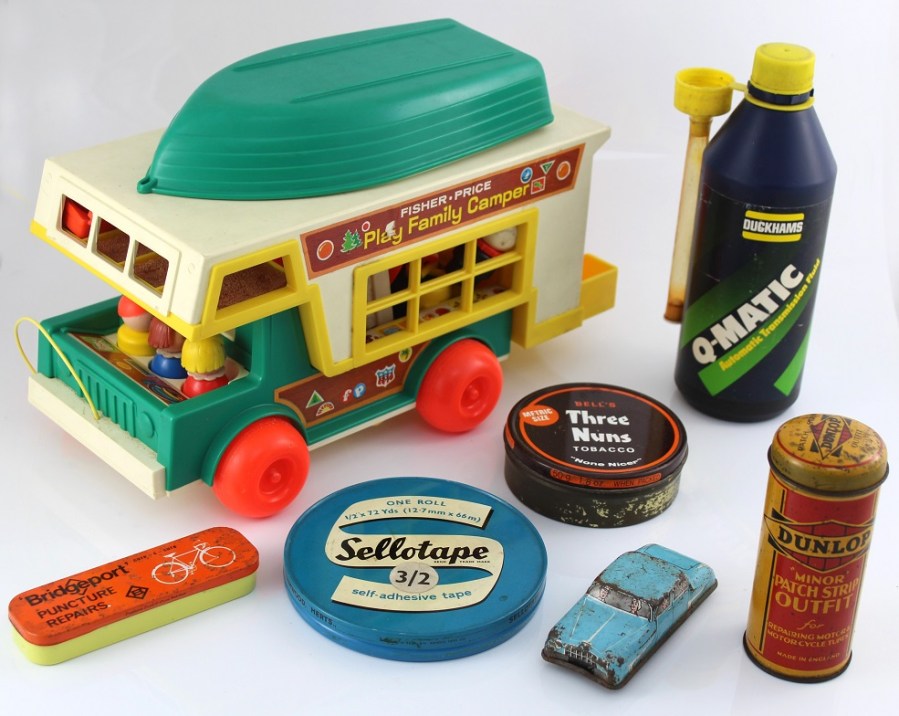 “Do you have trash in your attic?” That’s the question being asked by the Lakeland Motor Museum, which is appealing to people rummaging around in their attics and lofts for Christmas decorations to keep an eye open for anything they consider ‘trash’, as it could become the museum’s treasure.

The museum is not only home to more than 150 classic cars and motorbikes, but around 30,000 other artefacts from the motoring world, along with many other period household items that you might not expect to see in a motoring museum. Toy cars, tobacco tins, home appliances, postcards, advertising signs, posters, clothing, vintage games, maps – even Smurfs and other petroleum collectables – are among the items adding context to the collection.

Operations Manager Chris Lowe said: “We get hundreds of items donated every year, from car parts to bikes, vintage toys and even boxes of 1980s washing powder, which are put to good use in our street and shop scenes – allowing us to display our vehicles in the context of the time-periods they’re from.

“We’ve had all sorts of items handed to us by people who’ve been having a clear-out. There are so many things that were destined for the rubbish bin that were instead donated to the museum. We then give them a clean-up and add them to relevant displays which attract just as much attention as the cars!”

Recent donations to the Backbarrow-based attraction include a Fisher Price campervan set from the 1970’s and a ‘60s Sellotape tin, complete with its contents! Anybody with items of potential interest, can contact Chris on 015395 30400 or email info@lakelandmotormuseum.co.uk.