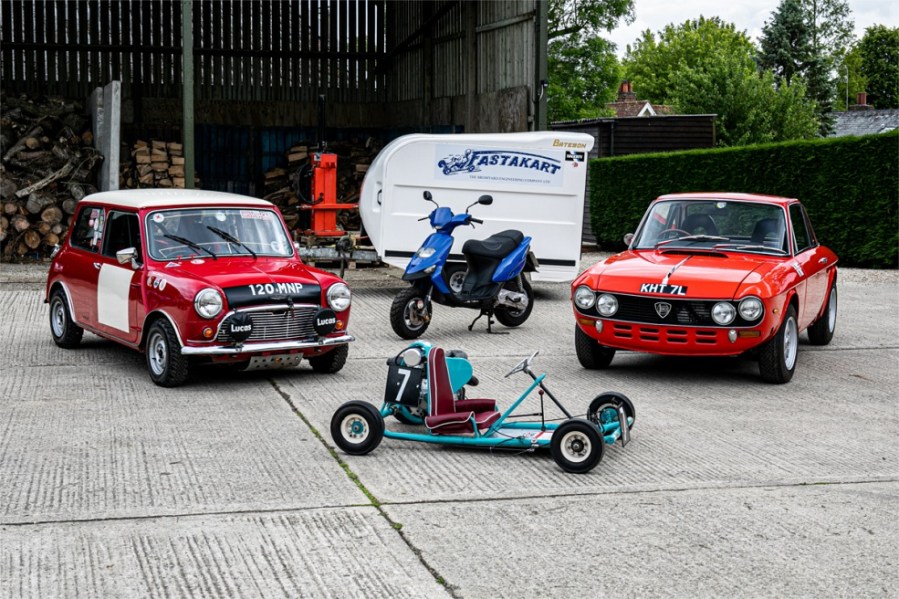 A collection of vehicles owned by the late Barrie ‘Whizzo’ Williams has been entered into the Silverstone Classic sale, hosted by Silverstone Auctions later this month.

Whizzo, who passed away last September at the age of 79, was a hugely popular figure in British motorsport, and this collection provides a wonderful snapshot of his career. However, it’s the 1963 Austin Mini Cooper 1071 S that surely the most notable entry. The motorsport legend famously drove 120 MNP to honours in the 1964 Welsh Rally, becoming the first to record an international rally victory in a Cooper S a couple of weeks ahead of Paddy Hopkirk’s much-publicised Monte Carlo win.

Whizzo drove the car in major rallies home and abroad through 1964 and 1965 before he was persuaded to part with it by a friend. He managed to buy the car back some years later but it hadn’t fared too well, so a new shell was sourced and the car rebuilt using the original components as far as possible. The engine was also fully rebuilt to the original 1964 Welsh Rally spec by Southam Mini and Metro Centre in Warwickshire. Over the years Barrie used the car regularly as a road car and often went for lunch in it to the BRDC, where he was a member. Supplied with a host of photos and history, it’s estimated to sell for £60,000-£80,000.

The second car from Whizzo’s estate is a 1972 Lancia Fulvia Series II HF, restored over a period of four years by IN Racing. It has been finished to an excellent standard in the correct Rosso with a black leather interior, while the engine bay is described as almost concours. It’s estimated at £30,000 to £35,000.

Something even more personal is Barrie’s 1961 Fastakart – a go-kart produced by his father’s business. Fitted with a Villiers 197cc engine and gearbox, it’s supplied with a history file including a number of family photos. It also comes with a box trailer, and is offered with no reserve.

The final lot from the collection is Barrie’s paddock bike, a 2007 Gilera Stalker that he used to get around and chat to so many people. This is also being offered with no reserve.

The sale takes place on July 27-28, featuring a wide selection of vehicles joined by various automobilia. The lots can be previewed on July 26.