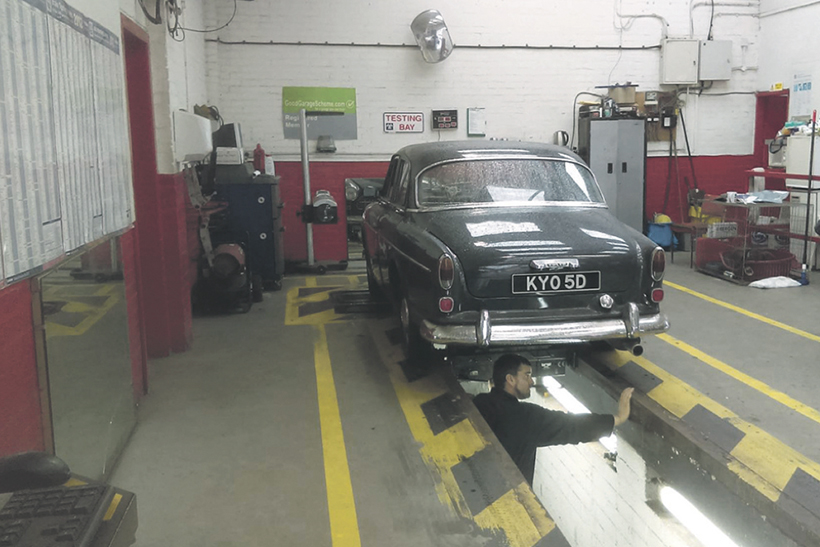 A second MoT consultation for new cars suggests the Department for Transport wants to deregulate roadworthiness testing further – despite reservations from safety groups and industry bodies. Soon, new cars could take their first MoT at four years old rather than three, reversing a rule set 50 years ago.

Our sister title Classic Car Buyer reported on the concerns the Independent Garage Association (IGA) had about the declining numbers of MoT testers completing up to date training; with fewer garages able to fairly appraise vehicles of historic interest (VHI) our concerns began to grow.

The DfT couched its language in a similar tone to that of its roadworthiness testing consultation for vehicles of historic interest: ‘New vehicles are much safer than they were 50 years ago and so it is only right we bring the MoT test up to date to help save motorists money where we can,’ explained Andrew Jones MP, parliamentary under secretary of state at the Department for Transport.

He added: “We have some of the safest roads in the world and MoT tests play an important role in ensuring the standard of vehicles on our roads.”

The government and DfT seem keen to place the burden of responsibility on the motorist in terms of roadworthiness – and lessen the number of MoT testing stations required to inspect vehicles. In the recent VHI consultation, which closed on Monday, November 2, John Haynes, minister of state for transport, stated: ‘The government has been keen to avoid placing unnecessary burdens on businesses as well as individuals who want to make use of these vehicles. We believe the proposals are sensible for keeping our roads safe for all users and strike the right balance.’

Pre-1960 classics became MoT exempt in November 2012 and the five option VHI consultation proposed in one instance to abolish roadworthiness testing altogether on a rolling 40-year exemption, in line with vehicle excise duty. Enthusiasts, clubs and lobbying bodies were all consulted as to their views, provoking fierce debate within the classic car community.

CLASSIC CAR QUESTIONS
While the stated aim of extending new car MoT testing ‘is to bring England, Scotland and Wales in line with Northern Ireland and many other European countries including France, Ireland, Italy, Spain, Denmark and Norway,’ according to official government website gov.uk, opinions on how historic vehicles should comply with the EU Roadworthiness Directive differ between nations.

Three weeks ago, Classic Car Buyer reported on the strong opposition to the abolition of pre-1960 roadworthiness checks from the Fédération Française des Véhicules d’Epoque (FFVE), the Federation of British Historic Vehicle Clubs’ (FBHVC) French counterpart. The FFVE opposed the exemption on safety grounds; many owners submit their car for roadworthiness checks voluntarily – and the DfT points to the barely changing accident rates among pre- 1960 vehicles as strong grounds for exempting VHI classics from MoT testing.

Safety group ProMOTe is against the further deregulation of MoT testing for modern cars; while bodies like the IGA struggle to get MoT testers up to standard for this year’s syllabus, the consultation period that could reverse the historic three-year first test requirement finishes on Sunday, April 16 at 11:45am.

Have we just received the final piece of the roadworthiness inspection puzzle? The Federation told Classics World that it expects a decision from the DfT on VHI MoT testing ‘imminently.’