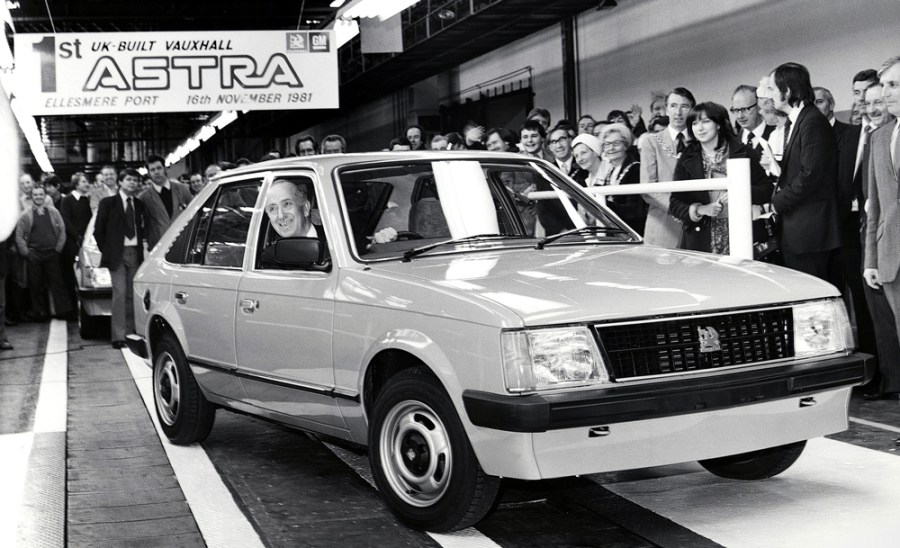 Vauxhall’s storied Ellesmere Port factory is to shed 400 jobs at Christmas due to falling demand for the Astra ‘K’ Tourer, the sole car produced at the Cheshire plant.

The Guardian recently reported that Ellesmere Port will drop to a single shift next year; the quoted numbers of cars produced will drop from around 150,000 to between 70,000 and 90,000 in 2018.

In a statement, a spokesperson from Vauxhall confirmed that, “The company announced a voluntary separation programme for c400 eligible employees, for completion by the end of 2017.

Vauxhall will consult with employee representatives and will look for potential opportunities to minimise the impact of these proposed headcount reductions. This consultation will take place over a 45 day period in line with legal requirements.

PSA Group has affirmed its commitment to the Astra plant at Ellesmere Port. The company has every confidence in the capability and skills of the Ellesmere Port workforce to deliver the necessary improvements in financial performance.”

Ellesmere Port is known for triumphing against adversity. In the late Seventies, rumours persisted the Chevette was to be Cheshire’s last Vauxhall. By late 1981, the tables had turned; instead of receiving Griffin-badged Astras from Germany, all but a few specific versions of the new car rolled out of Ellesmere Port’s doors instead.

In 2012, unions feared the contract to build the (now current) Astra would go to Opel’s Bochum facility in Germany. Ellesmere Port won the productivity audit – in a day, the former produced 47 cars an hour over two shifts. The latter took three shifts a day to make 17 fewer cars.

In a separate announcement, PSA revealed that its Mulhouse and Sochaux factories in France had received upgrades to produce cars on a platform co-developed by it and GM Europe in 2013, known as EMP2. With too many production facilities, could Opel’s plants be next for the chop?

ELLESMERE PORT: THE STORY SO FAR
1960 – Vauxhall Motors buys a section of RAF Hooton Park to construct an assembly plant.

1975 – Chevette assembly begins. The first car drives off on February 10.

1979 – Viva HC production ceases in July leaving the Chevette as the only model produced by Ellesmere Port. It produces the Chevette for export after its German equivalent, the Opel Kadett, is discontinued.

1981 – After a nine-week pay and conditions strike, negotiations to build the Kadett D (MkI Astra) in Cheshire triumph. On November 16, Vauxhall’s chairman and managing director Ferdinand Beickler drives Ellesmere Port’s first Astra off the line. All but the MkI Astra 1200S ‘E’ two- and four-door saloons would be built there.

2012 – Ellesmere Port wins the contract to build the seventh Astra, the K, in Sports Tourer form over Opel’s plant in Bochum after it beats the German factory (and other GM Europe facilities) in productivity audits. At a stroke, 2100 jobs are saved; rumours persisted that GM wanted to wind up Ellesmere Port.

2014 – Ellesmere Port’s 50th birthday is celebrated with an award-winning short film; stunt driver Paul Swift puts the Viva HA, Chevette and all six previous iterations of Astra through their paces on the factory floor.

2017 – PSA Group completes its purchase of GM Europe’s assets; Vauxhall’s long standing factories at Ellesmere Port and Luton are included in the deal. Falling demand for the Astra Tourer means that 400 voluntary redundancies are proposed with the Unite union.