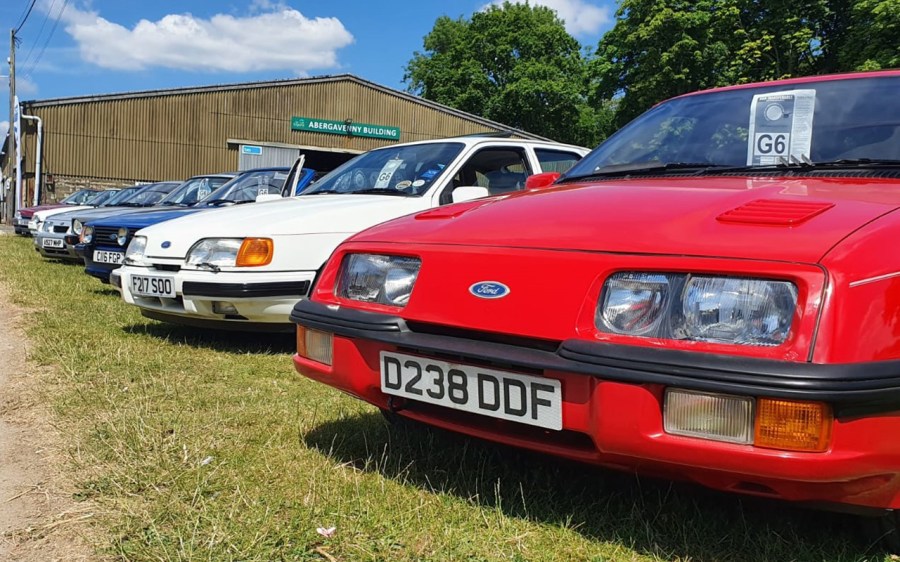 After a significant absence, the Classic Ford Show welcomed visitors to an all-new venue to take in some of the best Blue Oval models in the country on July 10

The 2022 Classic Ford Show made a spectacular return on Sunday, July 10 at its new South of England Showground home, West Sussex. Thousands of enthusiasts enjoyed what was perfect weather throughout the day, enabling them to make the most of the hundreds of cars on display.

Clubs were out in force, displaying classic Fords from just about every era, while the Classic Ford Top 50 section showcased an amazing array of cars. The Pride of Ownership area had a selection of superbly presented classics on display, with first prize being awarded to Darren Hawksley’s 1979 Capri; Alex Young’s 1986 Mk2 Fiesta and Howard Law’s 2000 Mondeo ST200 took silver and bronze respectively.

Ford expert and historian Steve Saxty was in attendance with his newly acquired Capri 2.8 injection, and was interviewed about his Blue Oval career as well as his recent success as an author. Ian Seabrook of HubNut fame was also there with his Ford Fairmont, as was Furious Driving’s Matt Richardson and his Crown Victoria ex-police car.

Many thanks to all those who made it to this year’s Classic Ford Show – and congratulations to the worthy winners. Check out our gallery below for highlights!