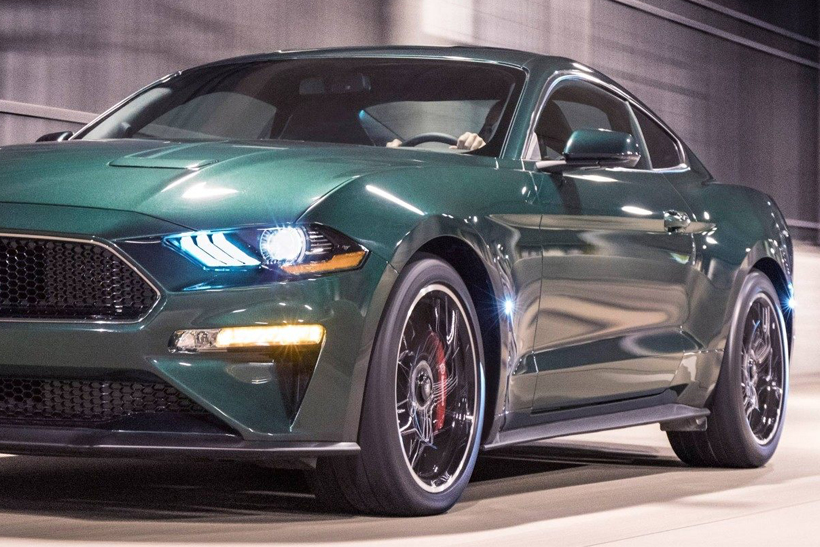 Celebrating the 50th anniversary of the legendary Warner Bros. film Bullitt, Ford has announced a new special edition Ford Mustang Bullitt is available to order now, with prices starting from £47,145 and deliveries expected from September.

It will be fitted with an uprated 5.0-litre V8 engine delivering 459PS, and feature a number of unique design and specification additions paying homage to the film, including a unique metallic paint option, Dark Highland Green, alongside Bullitt design signatures in the exterior front grille, splitter and rear Bullitt badge.

The original Highland Green Mustang GT 390 from the 1968 movie Bullitt was, in 2016, named the all-time star Ford of the silver screen following a survey carried out by one of the country’s leading events for the Blue Oval, FordFest. I

t was in fact one of two 390 V8 Ford Mustang GT Fastbacks lent to Warner Bros by the Ford Motor Company and used in a chase sequence that lasted nearly 11 minutes.