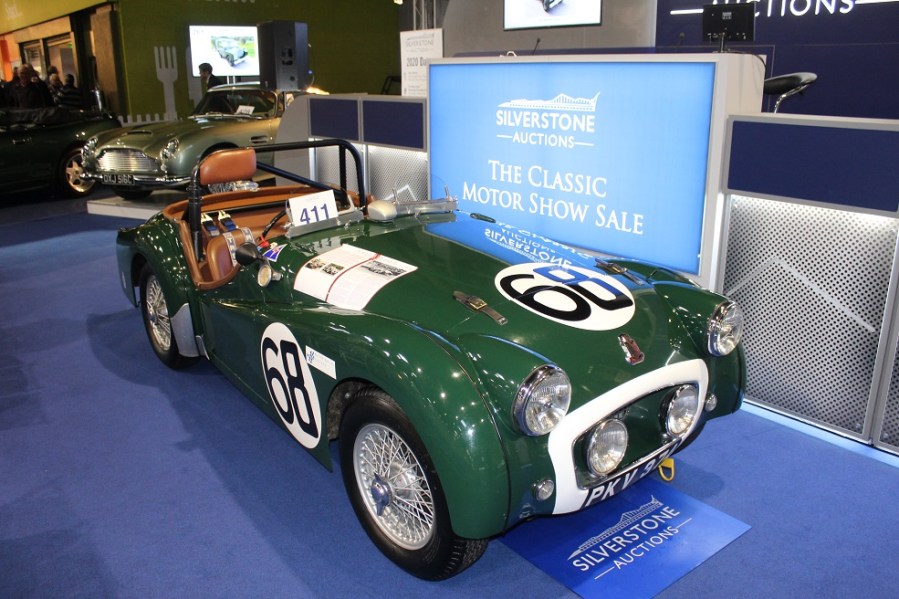 Part of the classic car excitement of the NEC Classic Motor Show is the ongoing sale of cars by Silverstone Auctions. Over the long weekend of November 8-10, in Hall 2 of the National Exhibition Centre, there were over 60 lots prepared to go under the hammer representing automotive history from the pre-war right up to the latest up and coming modern machinery.

Modern classics seemed to cause a real stir among bidders and spectators alike, with some high profile lots like the 1991 BMW 325iS with a smidge under 7000 miles going for a staggering £51,188, a 1993 Jaguar XJ220 with 2000 miles taking an eye-watering £362,813, and on Sunday there was the lowest mileage of them all: a 1989 Mini Thirty Limited Edition with just delivery mileage – it sold for £25,313. That was the tone of the auction: low mileage classics, with plenty of pointers for future investments. For example, there were two other excellent condition BMW 325iS models that sold around £20,000, while icons of an even more recent era included a Maserati 4200 and Ford Focus RS which sold for £21,600 and £20,813 respectively, both from 2003. 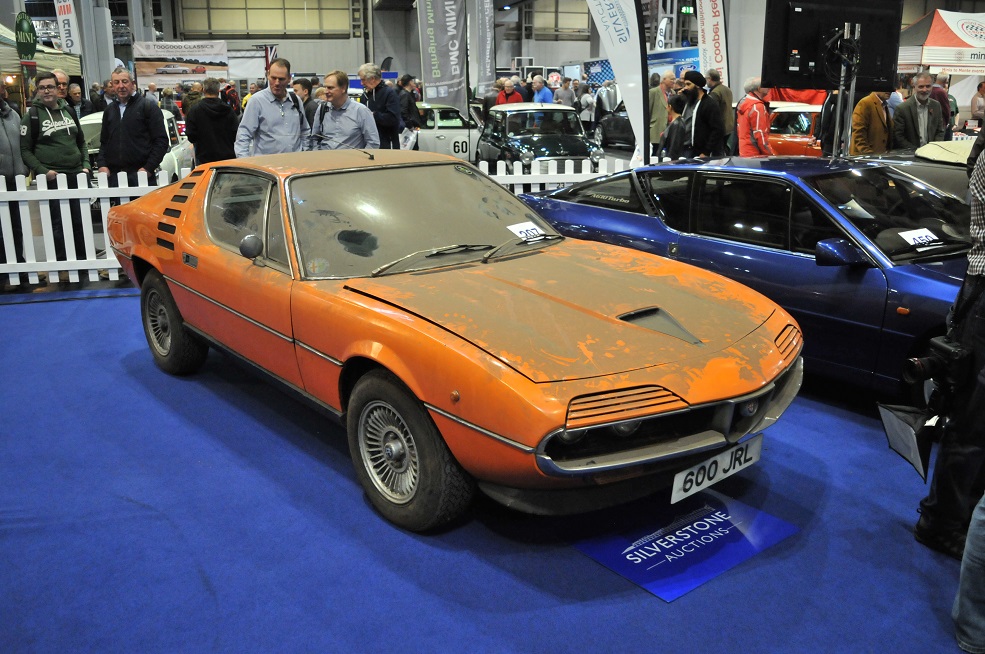 This 1975 Alfa Romeo Montreal was a rare UK-supplied right-hand drive model and attracted quite a bit of interest at the NEC.

Don’t worry, there were other more traditional classics too. A wonderful 1965 Sunbeam Tiger sold for a worthy £65,250, a 1960 Jaguar Mk2 3.8 manual for £34,875, and a rather special 1976 Alfa Romeo Montreal, that hadn’t even been dusted off yet, sold for £39,375. Then there was the quite remarkable 1955 Triumph TR2 which was driven by Leslie Brooke and Mortimer Morros-Goodall at the 1955 Le Mans. This ex-works car retained its special Derringer cylinder head, manifold, axle and brakes which were part of the racing specification, further justifying its final price of £258,750. But then, selling for more than double this was a 1965 Aston Martin DB5 that went under the hammer for a massive £618,750. This car featured an interesting history which included a nut and bolt restoration in 2008 that saw its paint and trim redone; now in California Sage over beige leather interior, as well as some choice performance improvements to the suspension, although retaining the original triple SU carburettor setup. Clearly a car maintained to a high standard and a shining example of some of the cars that Silverstone Auctions can find for the NEC Classic Motor Show.