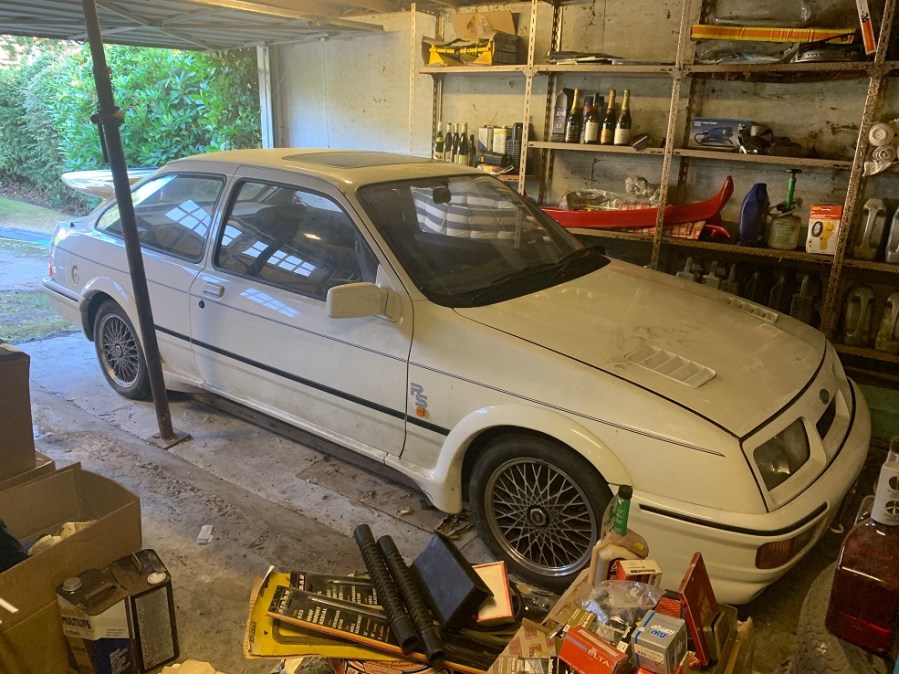 There’s still plenty of appetite for fast Fords if the sale of a Sierra Cosworth at the recent Anglia Car Auctions’ classic sale is anything to go by. Despite a layer of grime from 28 years in storage, the 1987 example had covered just 7349 miles and soared to an extraordinary final selling price of £84,800 with fees.

The Sierra’s only registered owner, a fast Ford enthusiast, bought it back in May 1987 and only used it sparingly before placing the car in long-term storage in 1991. Following the owner’s death in 2016, the car was bequeathed to his partner and earlier this year was then passed to the current vendor – a family friend who had worked with the original keeper for around 15 years.

The car came complete with the original bill of sale from Stormont Eng.Co. of Tunbridge Wells, a service book stamped in 1988, sales brochures, MoTs dating from 1990 and 1991, various documents, an owner’s manual, wallet and spare keys. The cambelt, oil and filters had recently been changed, and it was only a fresh set of tyres away from passing an MoT with flying colours.

The car attracted a multitude of phone bids from all over the UK, with many more attending in person at ACA’s King’s Lynn base. It eventually attracted a highest bid of £80,000 from within the room, accompanied by cheers and round of applause as the hammer fell.

A similar white 1987 RS Cosworth with an indicated 3578 miles was sold by Silverstone Auctions only last May for £47,250, making the figure achieved at Anglia Car Auctions all the more remarkable. It wasn’t the only three-door Cosworth at ACA on the day however, with an 82,000-mile example selling for a slightly more wallet-friendly £34,450.