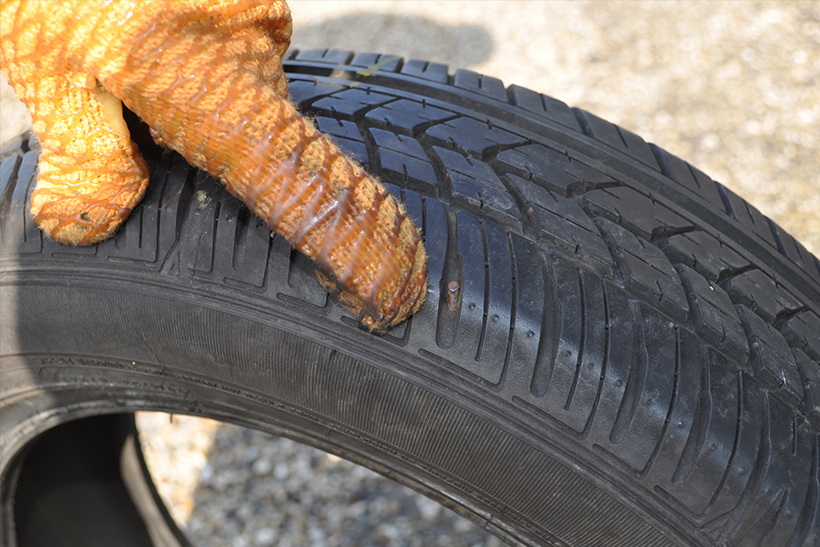 The price of new tyres can seem disproportionately high for some classic car owners, especially if you drive a lower-value vehicle or tyres sizes to suit your car have become scarce and expensive, such as with Metric tyres found on some ‘80s vehicles.

In these cases going for pre-used part-worn tyres may seem like an attractive option, but investigations by TyreSafe in partnership with Trading Standards over the past five years have revealed a staggering 139 of the 152 part-worn outlets visited were selling illegal and unsafe tyres to unsuspecting motorists.

In inspections spanning from Scotland to London, that leaves just 13 dealers selling roadworthy tyres. The investigations have highlighted that part-worn tyre retailers are either ignoring their responsibilities when selling tyres or do not have the required skill to serve motorists properly. During test purchases, some have fitted tyres with water in, others have provided incorrect sizes, and the supply of tyres with nails and other objects embedded in them is all too common.

A recent case has resulted in part-worn retailer Hemel Tyres in Hemel Hempstead being ordered to pay over £7000 in fines and costs, following prosecution by Hertfordshire Trading Standards. In determining the penalties the magistrates said that it had considered a custodial sentence, and if there were further offences it was highly likely to result in prison for the retailer.

Stuart Jackson, Chairman of TyreSafe, said: “TyreSafe applauds the magistrates’ comments and penalties in this latest conviction but it must be acknowledged that the retail of dangerous and defective tyres by part worn dealers is unacceptably commonplace nationwide.

“Let’s remember these dealers are selling safety critical components – when tyres are driven in an unroadworthy condition, a vehicle’s braking and steering are compromised, and road users are put at significant risk of a catastrophic tyre failure.”

Whilst TyreSafe is campaigning for part-worn retailers to comply with government legislation and raise competence amongst technicians, the warning is stark. While some outlets do comply, over 90 per cent current do not. Previous studies have revealed that port-worn tyres are likely to cost more than new items when their lifespan is taken into account, and given the safety risks, we’d always advise on buying new rather than relying on a fit and hope policy.