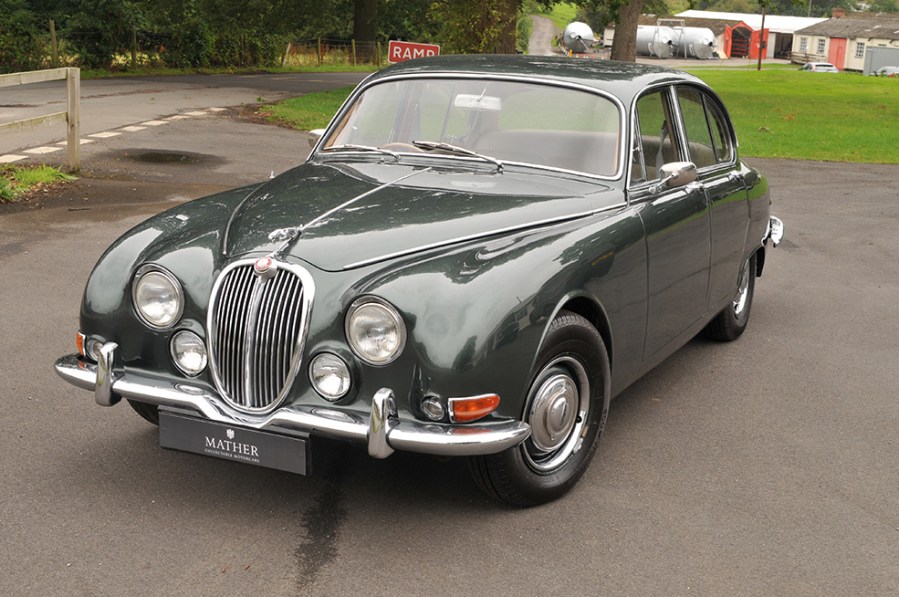 Jaguar’s S-Type is something of a conundrum in the classic car world: technically it’s a superior car to the Mk2 on which it was based, yet in a parallel of the Mini and Metro, the older car effectively outlived it, with the 240/340-badged Mk2 lasting until 1969 while S-Type production ended in 1968. As a classic today, it’s the Mk2 which gets all the attention, with values reflecting this.

The story behind the S-Type is a fascinating one and typical of Jaguar under the control of notoriously thrifty founder William Lyons. By the early ’60s, the Mk2 was starting to look old-fashioned and although it still had the pace expected of a Jaguar, the handling of its live rear end was thrown into relief by not only newer competition from other makes but also by Jaguar’s own products: the E-Type-derived independent rear suspension had given the vast MkX an agility belying its size and made the smaller Mk2 seem ungainly.

The solution was to update the Mk2 by adding the new rear suspension, but this meant substantial redesign of the rear bodywork in order to accommodate the different stress loads from the more complex rear suspension.

Since this re-engineering would make the new car more complex and thus more costly, the decision was taken to place it a step above the Mk2 in the market, sitting between it and the MkX.

Known as ‘XJ3’ internally, the restyling was masterminded by Lyons himself but is thought by many to lack his usual elegant touch, although that is very much a matter of personal opinion. The interior was essentially carried over from the Mk2 but was taken noticeably upmarket, essentially shrinking the MkX style to fit the narrower Mk2 shell.

The result was a car which was judged by contemporary road testers to be a fine long-distance, high-speed cruiser thanks to its massively improved refinement and more secure handling. Indeed, by the middle of the decade the S-Type was outselling the Mk2.

Today, thanks to the vagaries of fashion in the classic car market, the more affordable S-Type remains something of a thinking man’s way into the Mk2 dream. Personally I’ve never had a problem with the styling and in 3.8-litre form the S-Type offers all the classic Jaguar experience with a useful degree of practicality.

This example at Gloucestershire dealer Mather is a perfect example of what good value the S-Type can be: advertised at £24,950, it boasts the ideal specification with the 3.8-litre XK motor combined with the manual overdrive gearbox. To put things into perspective, the 3.8 manual is the Holy Grail of Mk2 ownership but you’ll need to budget on at least £5000 more for a Mk2 in this spec and double that figure for one in this condition.
In Opalescent Dark Green, the S-Type presents really very well with good paintwork, sound chrome and a body which seems very sound. Jaguars of this era can be almost as expensive to restore inside, but the beige leather interior has been recently retrimmed and the woodwork, door cards and headlining are all in good order. 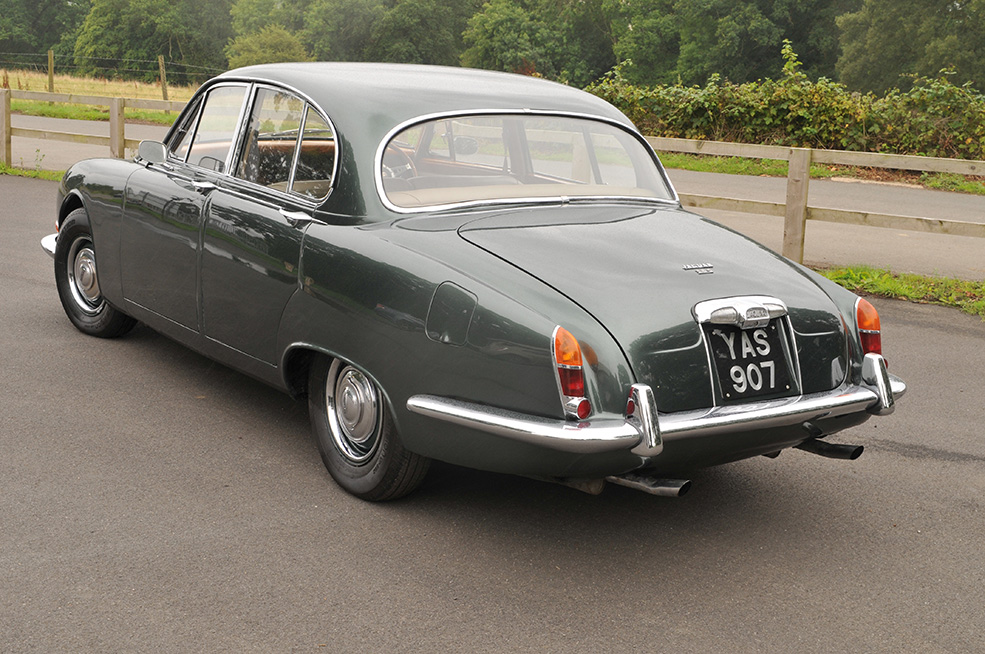 ON THE ROAD
In 3.8-litre manual form, the S-Type is more sprightly than its restrained looks might suggest. Jaguar claimed 220bhp from the twin-carbed 3.8-litre XK engine which in manual form translates to 0-60mph in just 10.5 seconds with a quoted maximum of 120mph. By mid ’60s standards, that’s pretty quick for a 1676kg saloon.

No, you’re not going to drive an S-Type today as if you’ve just finished a bank job, but the car does feel lively enough to be fun and certainly there’s no problem in keeping up with modern traffic.

In everyday use, an S-Type is a quiet and comfortable way to travel, with space to make it an easy five-seater. Oh and that elongated rear end provided the useful bonus of a bigger boot too. 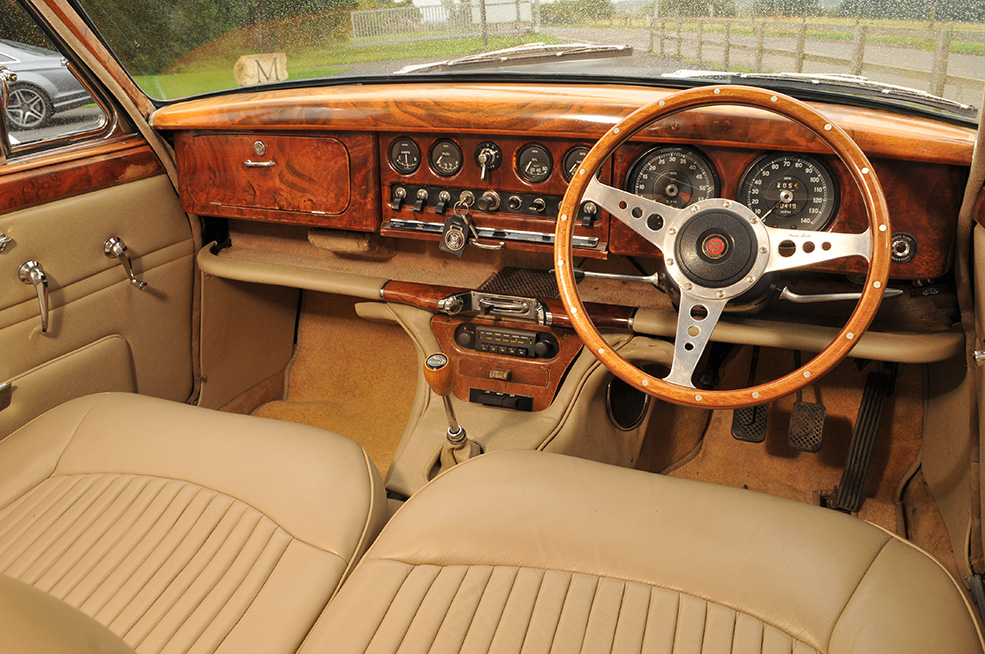 VERDICT
As Ben Mather points out, dynamically and financially a nice S-Type is an appealing alternative to a Mk2 and this one proves the point. It’s very much on the button and ready to be enjoyed, offering all the ’60s Jaguar appeal at a price tag far below that of a 3.8 manual Mk2. Like we said, the thinking man’s way into the Mk2 experience. 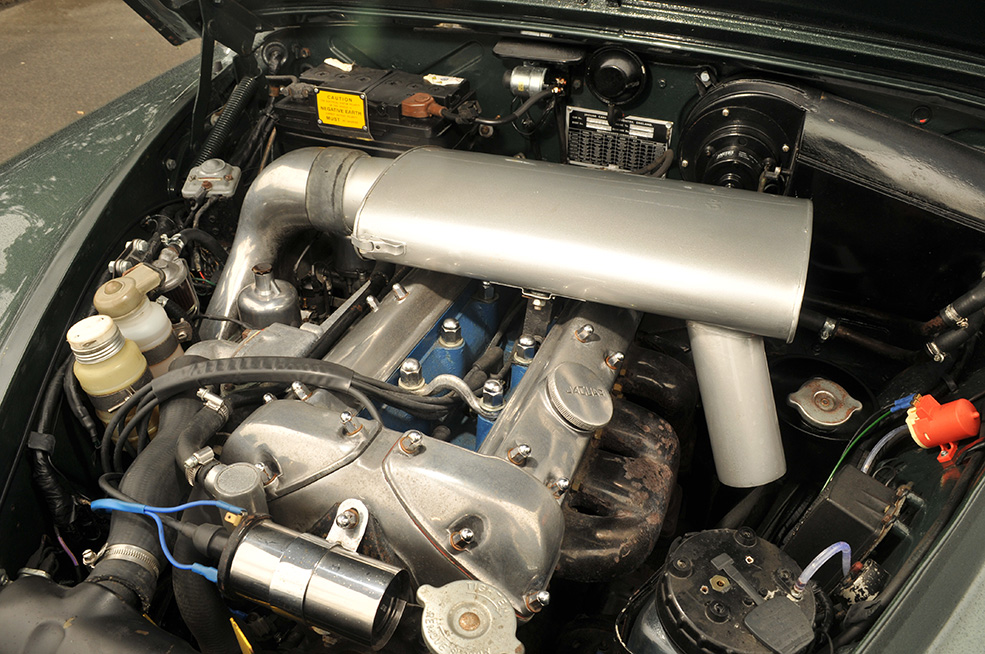