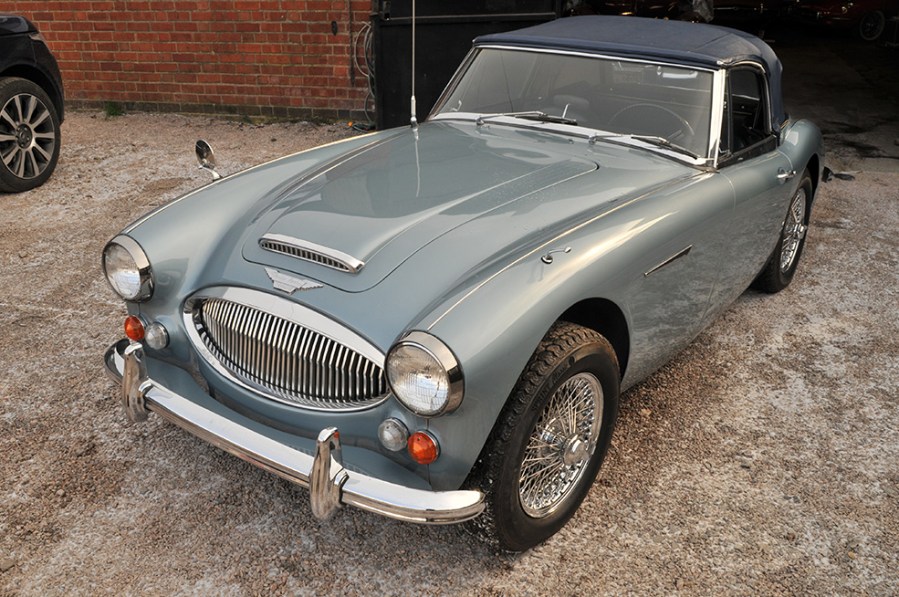 There’s always something interesting to see at Fayreoak and an impromptu visit recently didn’t disappoint: fresh off the boat from the USA was this Austin-Healey 3000. A ‘BJ8’ model from the last year of production, this is the MkIII model which was launched in 1964 and boasted a higher-lift camshaft and revised carbs, raising power to 148bhp.

What marks this example out as remarkable though is that it’s never been restored, remaining essentially original. Anyone who knows these cars will know that the rising values have made expensive restorations increasingly more viable, which in turn means there are very few which have not been at least partly rebuilt.

One reason for this is undoubtedly the fact that it’s spent most of its life in the USA, most recently in Florida where it has been since the early ’80s. The car was maintained during that time by one of the country’s leading Healey specialists, who by coincidence was apparently a personal friend of Donald Healey himself.

After the passing of the previous owner who had kept the Healey for 36 years, it was this specialist who was entrusted with the sale of the car and alerted Fayreoak’s boss Clayton to the rare opportunity of purchasing a Big Healey which has never been welded and he duly took the chance to repatriate the 3000.

The car has apparently received sympathetic replacement of parts over the years to keep it up to scratch and has also been repainted to a very high standard. The missing wing mirror you might have noticed in the photos had detached itself from the stem a few minutes before we took our photos but will of course be reattached before sale, while the car will also be supplied with a UK V5 and registration. 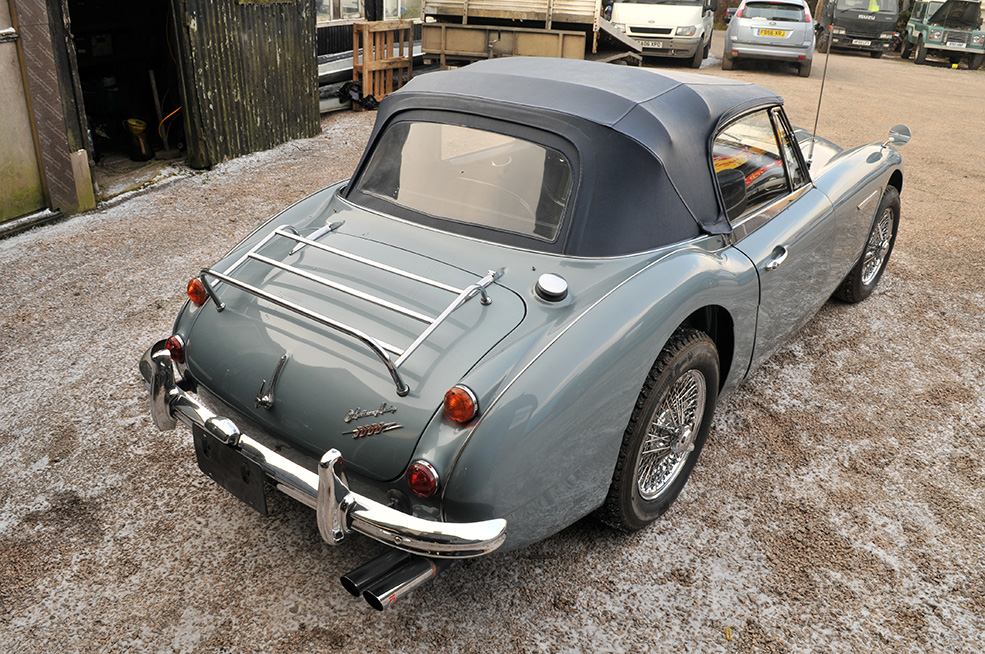 ON THE ROAD
Courtesy of the ‘Beast from the East’ weather system, snow was already starting to fall when we opened the showroom doors, but even after its long journey the Healey was still on the button, firing immediately and ticking over smoothly in the yard as we stood around shivering. The Ansa twin-tailpipe exhaust gives the straight-six Austin motor a nice edge while remaining low-key.

The weather precluded a proper test drive but even a short trundle around the yard showed that it drives as well as it looks and is indeed a properly sorted example.
It’s got a lovely feel to it, looking superb inside and out but with just enough patina to show its originality. The seats are still nice and taut and the veneered dashboard which was fitted to the MkIII is still in good condition. Seatbelts have been fitted which are the fixed lap belt type and show the car has obviously been used and enjoyed rather than sitting in storage, which is always a good sign.

Similarly, the wire wheels are bright and clean, shod in new-looking 185/70 Vredestein Sprint Classic tyres, meaning the car is very much ready to use.

Lowering any convertible roof – especially one with a plastic screen – is a recipe for disaster in cold weather and given that the temperature on the day of our visit was -5°C, we left it raised. All too often ex-USA cars turn out to have tatty convertible roofs but this is the exception, with the hood fabric looking nice and taut and the rear screen clear and scratch-free. 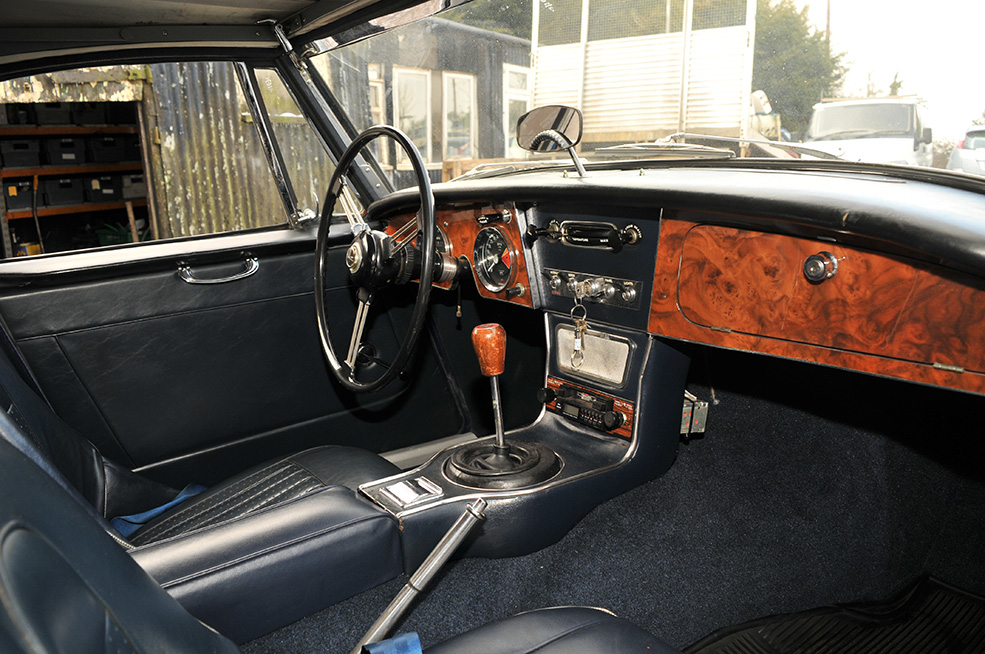 VERDICT
This isn’t the cheapest Big Healey you’ll find but it must be one of the best around, while its unusual originality justifies the price. Certainly it’s unlikely to incur any further expense and has the potential to be a show winner straight out of the box. 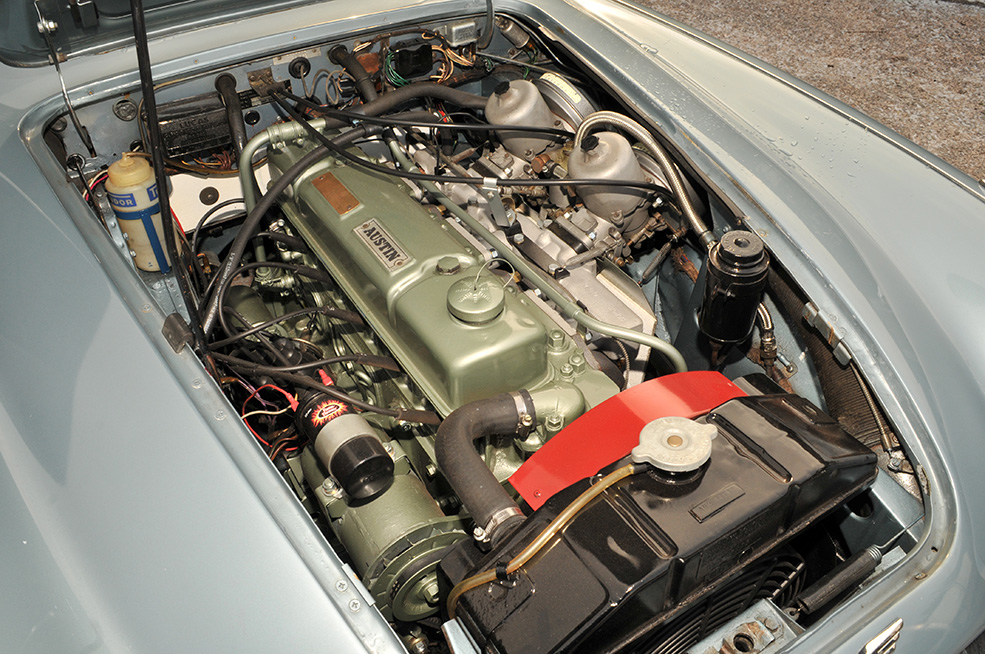