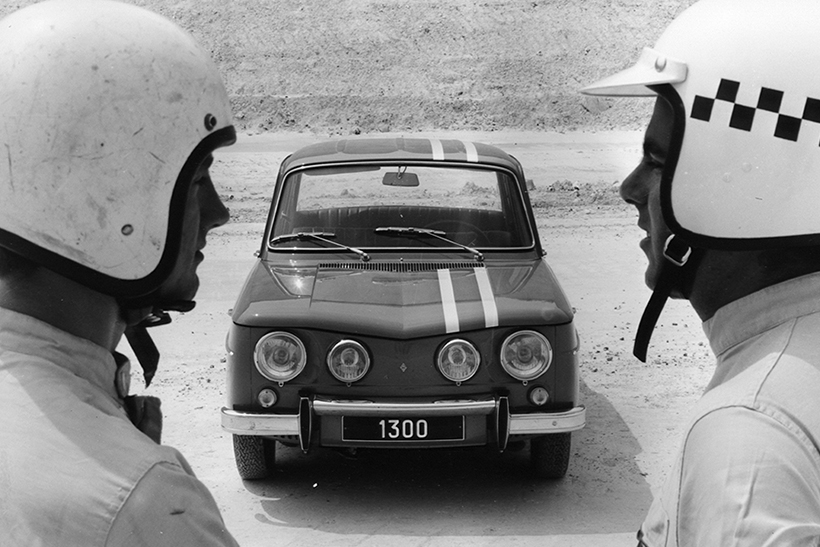 Few cars can have made such an impact during their time as the Renault 8 Gordini, prompting Renault to enter Renault 8 Gordinis in this competition. This was one the most popular sports models ever made by Renault, offering a top speed of 175 km/h at a very affordable price.

The Renault 8 Gordini appeared in 1964 to open up the thrill of sports driving to a whole generation. Though the “Gorde”, as it was affectionately known, was based on the Renault 8 Major, racetrack modifications at the hand of wizard Amédée Gordini left it largely unrecognisable.

Nothing was created by halves: the original model’s sensible engine was transfigured to squeeze out almost twice the power, with changes like a new cylinder head and two splendid Weber carburetors. Then the suspension, steering, brakes and equipment were upgraded to achieve a the top speed of 175 km/h. Visual signs of this remarkable sporting aptitude included round instrument dials and a smart blue finish with white stripes. The 1108 cc engine of the initial release gave way to a 1255 cc unit with the 1966 facelift, which also brought in the tell-tale dual headlamps.

The Gordini Cup, introduced the same year, went a long way to developing the Renault 8 Gordini myth, consolidating its reputation with an impressive list of racing honours. Many racing drivers learned their craft at the wheel of a Renault 8 Gordini, and hold very fond memories of it. In 1970, the great little Renault 8 Gordini finally gave way to a Renault 12 model bearing the same name.

The four Renault 8 Gordinis entered by Renault are equipped with Michelin 135X15 X M + S 89 tyres which have already proved their efficiency in previous editions.