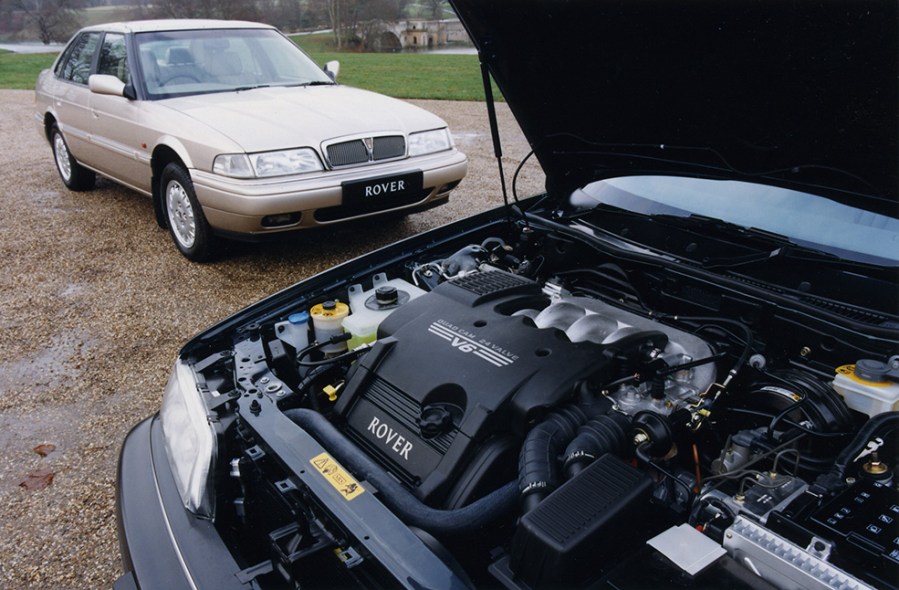 The underrated V6 development of the K-Series which shared its name but little else.

Much has been written about the Rover K-Series engine over the years and despite its detractors it remains a high point of Rover’s all too brief golden era. Far less fuss however has been made of its six-cylinder sibling, known as the KV6 which first appeared in the late-model Rover 800 and in modified form went on to power the Rover 75.

The story of the KV6 starts with the Rover-Honda collaboration which began with the Acclaim and brought us world-class cars like the ‘R8’ 400 and the 800-Series. As most readers will be aware, the range-topping 800-series models had been powered from the beginning by Honda-supplied V6 engines, in first 2.5 and then 2.7-litre flavours and very impressive they were too. In fact, Honda had kept the 2.7-litre V6 in production for Rover even after it had ceased using it in its own cars, but with BMW’s acquisition of Rover Group in 1994, the association with Honda ended rather abruptly. This meant supplies of the V6 engine were destined to end and Rover needed to find a replacement for the latter years of 800 production.

New owner BMW was no stranger to six-cylinder engines of course, but its preferred format was a straight-six and there was no way any of the Bavarian firm’s engines would fit under the shallow 800 nose.

The solution then was to develop a new engine from scratch, with an eye to using it in future Rover models. Enter the KV6. Although generally referred to as a K-Series engine, it shares very little with the four-cylinder.

The brief originally called for two designs, of 2.0 and 2.5-litre capacity, although the 800 was destined to use only the larger of the pair and the engine was very much an in-house Rover development. The basics were an aluminium alloy block with aluminium heads, while the use of compact bore spacing and ‘damp’ liners was taken from the four-cylinder K-Series, as was the use of a bearing ‘ladder’ secured to the crankcase with 16 bolts to provide increased crankcase stiffness, further assisted by the structural sump. The head castings are identical and so are interchangeable between the banks. 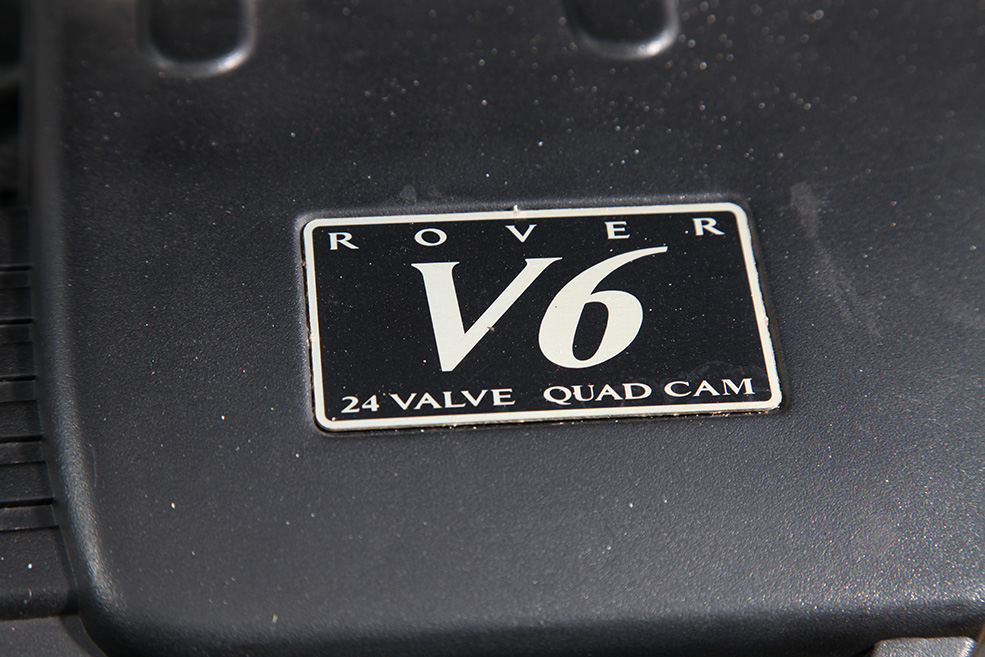 With a three-plane crankshaft running in four main bearings, forged steel con rods and lightweight pistons, the KV6 was state of the art for the era. It boasted four camshafts when its competitors – and even the Honda unit it replaced – used just two. Achieving this was where the KV6 got complex. In order to minimise its physical size, Rover designers drove the inlet camshafts in a conventional way from the crankshaft using a rubber belt, but the exhaust camshafts were then driven by two further belts from the opposite ends of the inlet cams. This arrangement meant that the main front cambelt had a shorter, less convoluted run than was usual for a quad-cam V6.

The induction involved a variable geometry inlet system, using two throttles and two separate plenum chambers; one for each bank. The system was controlled by the engine management system and used a system of valves and actuators to vary the effective length of the inlet tract, providing optimum torque across the rev range.

That engine management system was the long-serving Rover MEMS (Modular Engine Management System), which was upgraded for the KV6 to the popular 2J using coil-on-plug ignition.

The end result was a lump that was lighter than the Honda unit it needed to replace, while also bettering power and torque figures as well as producing lower emissions. Headline figues were 173 bhp at 6500 rpm and 177 lf.ft at 4000 rpm, putting the KV6 ahead of both Ford’s Duratec and GM’s Ecotec unit as well as the Honda design.

It wasn’t all good news, though. Since Rover predicted the volume of V6-powered 800s to be tiny, the early KV6s were essentially hand-built on a small pilot production line and quality was patchy. It would all come good though when the Rover 75 was launched and the KV6 unit was thoroughly overhauled for its role in the flagship models, where it was offered in both 2.0 and 2.5-litre flavour. The smaller unit was created by reducing the stroke to 82.8 mm, with the two being otherwise identical. Elsewhere, the head gasket was changed to a multi-layer steel gasket, while the variable intake system was modified to use a plastic upper section in place of the original aluminium part. The sump was redesigned to incorporate an oil cooler and revised cam profiles were adopted, with torsional vibration dampers added to the cam drive system in order to improve refinement.

The Rover engine management was also replaced by a more powerful system, the ‘MS43’ set-up supplied by longtime BMW partner Siemens, which incorporated two knock sensors in order to adjust ignition timing according to fuel quality. The result was that power was up to 175 bhp and torque jumped to 177 lbf.ft, with road testers loving the engine’s smoothness and refinement.

Sadly, it was destined to die with the collapse of MG Rover in 2005, although current owners of the MG brand, SAIC are still producing it in revised form as the NV6. The KV6 was also used in the first-generation Land Rover Freelander until it was replaced by Ford units in 2006.

The Korean connection
It’s not widely known, but the KV6 was also used by Kia. The Korean manufacturer was looking for a V6 engine in order to escape its reliance on obsolete Mazda designs. It’s been suggested that Kia’s contribution came close to covering the entire development budget of the engine and it would appear in the Sedona before Kia’s financial woes saw it discontinued.