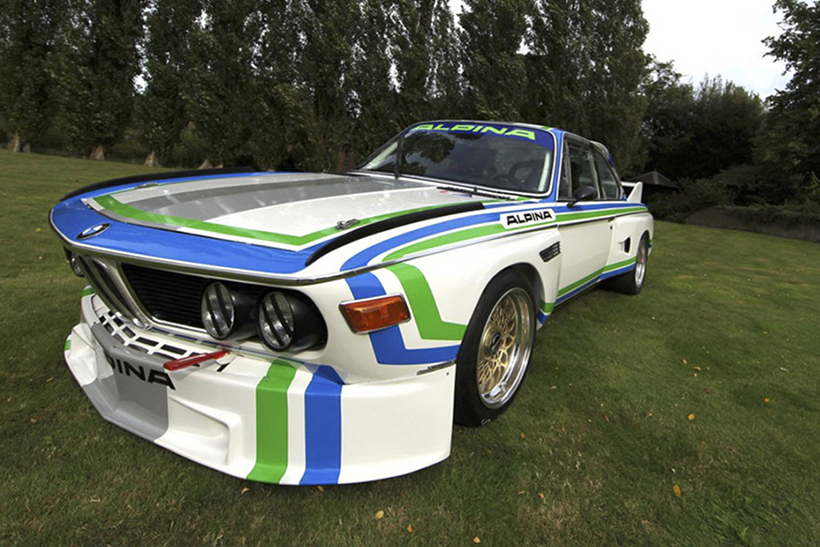 Silverstone Auctions returns to Race Retro, one of Europe’s premier historic motorsport shows, to host a dedicated Competition Car Sale on Friday 24th February, in addition to its Classic Car Sale on the 25th and 26thFebruary at Stoneleigh Park, Warwickshire.

Nick Whale, managing director of Silverstone Auctions, says, “It’s a pleasure to be returning to Race Retro and I’m delighted that we’re once again going to be offering historic race drivers the opportunity to buy an excellent selection of cars, at a show which celebrates the very best of international historic motorsport.”

Headlining the sale, race car collectors and drivers have an outstanding opportunity to acquire a genuine ex-Works 1989 Aston Martin AMR1 from one of the great and golden eras of motorsport, with a pre-sale estimate of £500,000 to £550,000.

As one of just four Works built cars, chassis AMR1/05 competed and finished in three world championship events in period at the hands of Works drivers including Brian Redman, the late, great David Leslie, David Sears and Stanley Dickens. Professionally maintained and regularly campaigned at an international level in historic Group C and IMSA racing, this rare example offers exceptional provenance with a proven ability to win.

An amazing 1972 BMW 3.0CSL Batmobile with interesting history is estimated at £100,000 to £125,000. It has raced twice at Classic Le Mans winning its ‘Plateau’ on both occasions, and also won the coveted Index of Performance award, as well as further class wins at Monza, Silverstone and Spa.

Another special and rare opportunity for race car collectors comes in the form of a 1961 Emeryson Formula 1 Climax FPF, the last surviving example of just four ever made. A piece of Grand Prix history, chassis 1004 achieved F1 success in period and has since been raced extensively with the HSCC and the HGPCA at Goodwood, Donnington, Silverstone and on the continent, taking part in seven of the last eight Monaco Historique, and is estimated at £150,000 to £180,000.

Also offered is a 1976 Ford Escort Mk ll driven by one of the 20th Century’s greatest rally drivers, Colin McRae, and coming from a 33 year McRae family ownership. Described as “ready to rally” with all the paperwork in place, it is offered at a very attractive guide price of £29,000 to £34,000.

Immortalised as part of the BBC’s ‘100 Greatest Sporting Moments’, and another highly regarded race car in motorsport history, is a 1968 Chevrolet Camaro prepared by Bill Shaw Racing and driven and owned by Martin Thomas. Most recognisable for its unforgettable performance in the 1971 Iberia Trophy Race at the Crystal Palace circuit, the Camaro will be offered at a sale estimate of £65,000 to £75,000.

From the same era, a fast road specification, early 1963 Jaguar E-Type Roadster Lightweight Recreation is estimated at £75,000 to £85,000, and a 1968 Ginetta G16 offers race drivers the chance to own a well prepared, race-ready, historic example with current HTP papers and eligibility for a number of championships, estimated at £90,000 to £110,000.

The auction house also has a selection of great value race cars in the sale, including a former Championship winner and lap record holder 1972 MGB, eligible for numerous race categories and estimated at £15,000 to £20,000, as well as a 1998 Mitsubishi Pajero Evolution ex Dakar car, representing off-road racing history with quality pedigree, estimated at £15,000 to £20,000.