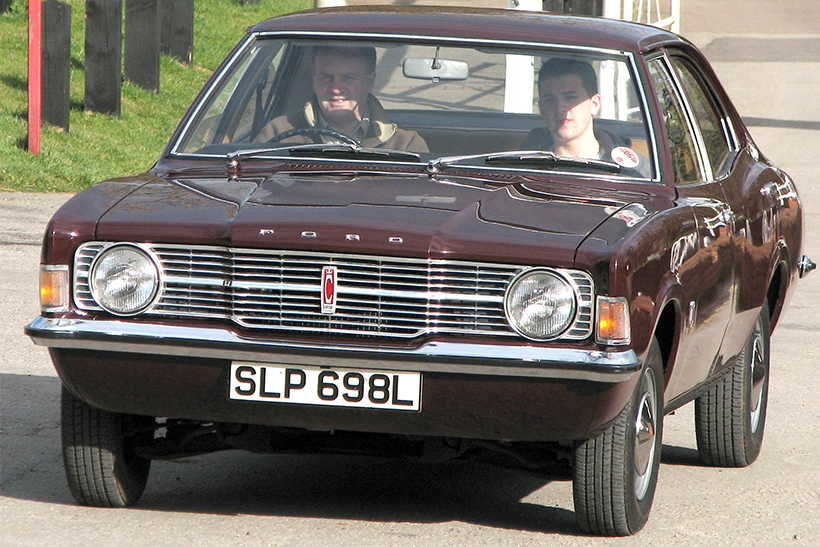 The company car, one of the most famous work-life perks, could be under threat of extinction thanks to a lack of clarity from government around the future of the business car sector.

According to the fleet industry, who claim the future of the company motor is in peril thanks to a lack of clarity and action by government that’s forcing more and more people out of business vehicles and into older, less efficient cars. That’s why the fleet industry, backed by leading automotive magazine Fleet World, has launched a campaign to save the company car.

‘The message is a simple one,’ says Fleet World editor, Alex Grant. ‘Company cars are cleaner, safer and better for business, yet the government seems hell-bent on making life difficult for the businesses and drivers that use them. We’re getting anti-diesel tax which is pushing up running costs, but we’re not getting Ultra Low Emission Vehicle (ULEV) incentives put in place to support the alternatives, and there’s very little stability being provided to help fleets make long-term decisions.’

In its campaign, Fleet World points out that company cars are some of the cleanest on the road. Average CO2 emissions among newly-registered British Vehicle Rental and Leasing Association (BVRLA) members’ cars was 112.0g/km in Q1 2018, versus a market-wide average of 122.5g/km. These are also far more likely to be hybrid or electric vehicles (9.6% in Q2, versus 5.1% for the UK market), while 87% of car fleets are compliant with the newest Euro 6 emissions standard. But as tax hikes erode the value of these schemes, HMRC data shows 20,000 fewer drivers opted for a company car in 2016/17 versus the year before.

With personal lease cars emitting 12% more CO2, and privately-owned ‘grey fleet’ cars on average 22% higher, the consequences of the sector declining are huge, going against the Government’s own plans to improve air quality and decarbonise road transport in the UK.

Fleet World is also calling on government to offer more support for Ultra-Low Emissions Vehicles and give greater clarity around new WLTP (Worldwide Harmonised Light Vehicle Test Procedure) regulations that are shaking up the way car MPG and emissions figures are measured. At present, the government is offering no guidance on how Benefit-in-Kind tax will be structured around the new regulations, which is causing fleet managers and company car users to stall their purchases.

It should be pointed out that while the industry may well have valid concerns, this is not a new phenomenon. Back in August 2005, The Telegraph ran a feature called: ‘Is this the end of the road for company cars?’ In it they reported that there were then only 1.2m company cars on the roads, a drop of 400,000 since April 2000. At the time of the Telgraph report, blame for this decline laid at the door of Gordon Brown and his reform in 2002 of the way company cars were taxed.

Go back further to February 1995 and it was a different story, The Independent reporting: ‘Nowadays the proportion of new cars bought by fleet buyers, as opposed to private buyers, has never been higher. Last year, 45% of all new cars sold in Britain went to companies which run 25 cars or more. Back in 1990, it was 36%.’
However, it appears that strong sales of company cars were not all good news, as The Independent also reported: ‘Our company car culture has bred cars that are too big, too thirsty and too full of useless high-specification fripperies that appeal to fleet reps spending all day plying the motorways or to MDs too lazy to adjust their seats manually, but are a wasteful nonsense for pragmatic private buyers.’

Ironically, it was this distortion of the market that helped support British manufacturers when fleets were largely populated by domestic cars, but which dented sales of our cars overseas to countries where private buyers preferred smaller and more economical vehicles. It also led to Gordon Brown’s changes of 2002, which were an attempt to make company cars greener.

Whichever way you look at it, Britain’s company car culture has shaped our automotive landscape immeasurably. So while the Telegraph claimed in 2005 that the decline of company cars was one of the factors contributing to the collapse of MG-Rover, they also said that the tax advantages attached to company cars during the 1960s and 1970s was one of the factors that had helped support British Leyland. Certainly we remember company cars in the family that ranged from Hillman Huskies to Austin 1100s and from Morris Marinas to Jaguar’s XJ6, but to most classic car fans it is Ford who will forever be most closely linked to the company car culture with their Escorts and Cortinas.