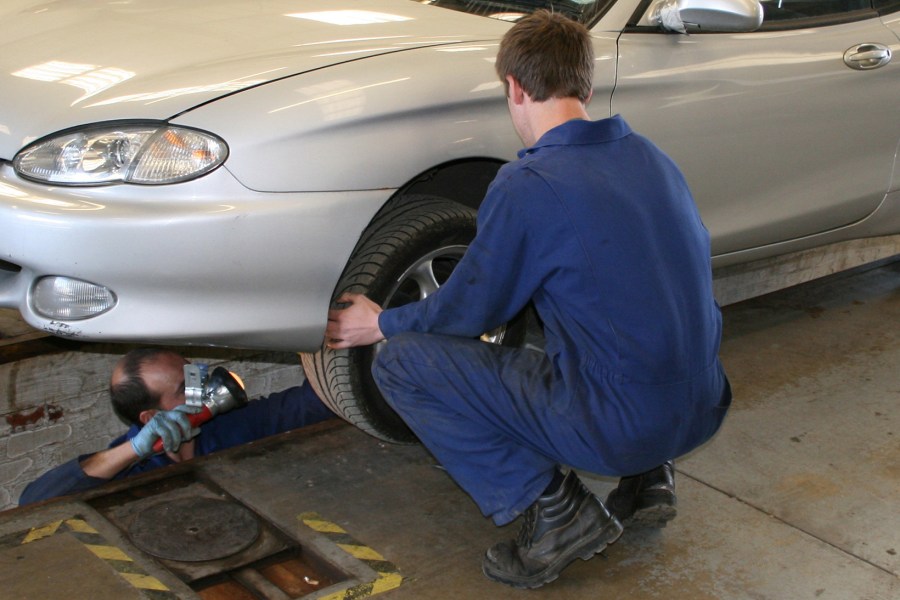 As had been widely publicised, most vehicles over 40 years old will, from May 20 onwards, be exempt from MoT testing. Part of the reason for this is to enable the test itself to become a better assessment of modern vehicles roadworthiness, and to enable test standards that are more appropriate to modern vehicles to be adopted.

That process is starting immediately, and from May 21 a number of changes are being made. The main one that customers will notice is a change to the way in which faults are classified, and recorded.

PASS AND ADVISE
At present, a tested item either passes, fails or is ‘advised’. Advisories are not failures and were originally intended as a means for testers to ‘advised’ owners that something had started deteriorating and might therefore need attention in future. In practice, though, they are now used for a wide variety of purposes including things like covers over or under the engine preventing a full inspection , and items such as oil leaks which have no bearing whatsoever on the MoT but which a tester spots and thinks an owner would want to be told about.

Many testers also use advisories if they are uncertain whether something is a failure or simply a characteristic of the car – many classic owners have, for example, had an advisory for play in a kingpin which while it would be excessive on a modern joint-based system, is totally normal on a kingpin-based setup which the tester isn’t familiar with.

Finally, if a tester suspects – or knows – that a vehicle he is testing may be inspected again in the near future – for example a car being presented for test by a trader – they may also ‘advise’ things which don’t really think merit it, but which someone less experienced might think is. If such a fault is not mentioned at all, that might suggest it has been missed. If, though, it’s listed as an ‘advisory’ there is proof that it has been seen but was not considered at the time to be a failure. This is far harder to argue against.

At present, whereas failure items are selected from a drop-down menu – hence the use of standardised wording – advisories are entered manually; in other words the tester actually kets the advisory on to the system. This, incidentally, is how the ‘joke’ advisories one sometimes sees shared online are produced – the tester keys a comment like “wheels look crap” or “driver looks like Susan Boyle” into the system and produces a printout, but the comment is changed/deleted before the record is uploaded to the DVSA database.

Dangerous Faults will, as the name implies, be the most severe faults encountered during a test; things like a massive fuel or brake fluid leak, a joint which is so deteriorated that it could break at any time, or anything else which the tester considers makes the car an immediate danger for use on the road. Clearly, any such fault will result in failure.

Major Fault will cover the majority of failure items – for example non-working obligatory lights, split wiper blades, worn (but not severely damaged) tyres and so on. Again, any Major Fault will result in failure.

Minor Faults will be broadly the same as condition-based advisories now; in other words things which have started to deteriorate and will probably need attention in future like a brake pipe on which there is some corrosion or a joint with a bit of movement but which is not considered severe enough for failure.

However things which an owner does not really need to know about – such as a fixed cover or child seat preventing full inspection of something – will not be recorded as a Minor Fault. Minor Faults will not result in failure. We have seen suggestions online that three minor faults will mean a failure; as far as we are aware this has not originated from any official source and is not currently being considered.

Advisories are to be retained, and will cover things like fixed undertrays which affect the scope or contact of the test, but do not of themselves have any automatic safety implication. These will be recorded on the database and accessible in an MoT station, but customers will not see them. The thinking here is that a test will not ‘show’ an advisory when there’s probably not actually anything wrong.

As minor faults will be much more restricted in scope than advisories, VOSA are removing the manual entry option and, as with items that actually fail the test, testers will instead select Minor Faults from a drop-down list onscreen. Manual entry is, however, being retained for the internal-only advisory notification.

The department are also asking testers to stop recording non-MoT items on MoT paperwork; this will in any case be impossible on material seen by the public. VOSA’s explain this as follows: “we absolutely encourage testers to tell customers about problems spotted which are not part of the MoT, but the MoT is a structured test, and only things which belong in the MoT should be included. Rather, testers should advise such things in the same way as they tell customers about issues found while servicing a vehicle.